Great overnight parking spot. It doesn't get better than this.

Got a bit chilly last night and me being a cold mortal asked Ian to fire up the gas heater. Blooming thing wouldn't work would it, and Ian even tried the other gas bottle, but to no avail. Ian was beginning to wish he had never bought MB, so fed up was he of all the problems. I, on the other hand, love the motorhome and feel sure that these problems can be ironed out. Then around 10 pm the TV went haywire. We had a loud noise and the screen started flickering like mad. Also, the alarm on the control panel sounded showing low voltage on the leisure battery. How can that be, we asked ourselves?. Been on electric power for the last 5 nights. I did have to remind him that since stopping at the lay-by we have had both laptops charging from the small 300W Power inverter, plus phones being charged from the USB sockets and had a couple of lights on! Anyway we went to bed cold, thankfully I have a very warm and thick dressing gown which I wore in bed so was nice and toastie, and before we knew it got woken at 6.30 am by an idiot in a car sounding their horn. Obviously disliked the thought of campers taking over their lay-by!

Now awake we got up and Ian tried the heating again. Guess what...it worked! The solar panels had put enough charge back into the leisure batteries.  Ian tried the heating, and it fired up with no problem, so his deduction was the volts were too low for the heater to fire up. Looks like a new leisure battery  is on the cards. There are places where we can have the battery checked, so I think this will be the route to go on.

I, too, have a problem with my laptop. It won't hold a charge and that could be down to me as I tried putting Ian's lead into my laptops charge point and wondered why the light kept flashing. Could be a new battery for me too. If you don't hear from me for a while you will no the reason!

Left that lay-by around 9.30 am. On route to the North York Moor railway we spied an English Heritage sign pointing to Kirkham Priory. As a Heritage member we decided to stop and managed to grab the last large parking space for us to fit. The ruins were spread out and nothing was out of bounds so we even got to walk on the ruins walls (health and safety would have had a fit) and an added bonus for me was of a Kestrel alighting right by me. 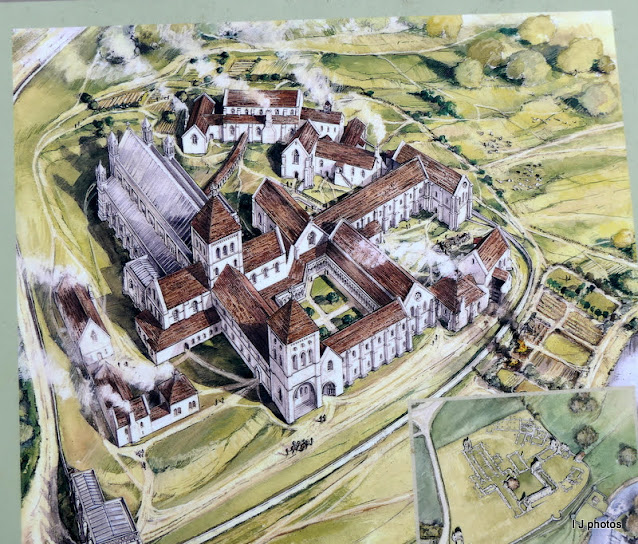 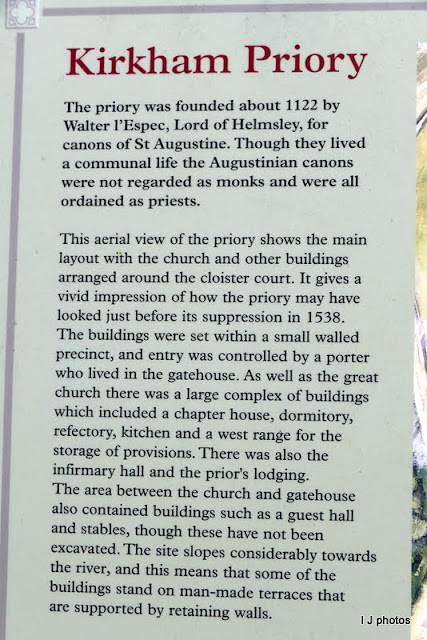 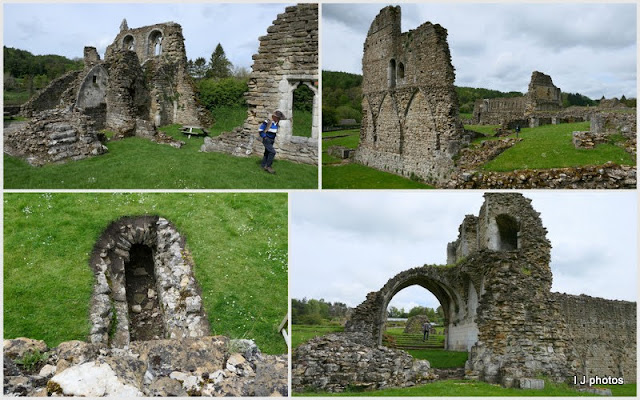 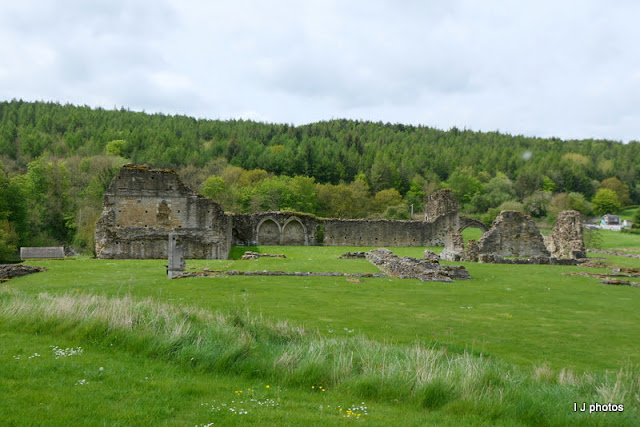 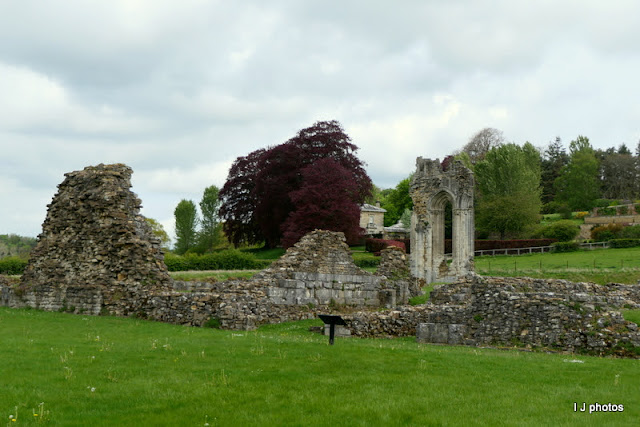 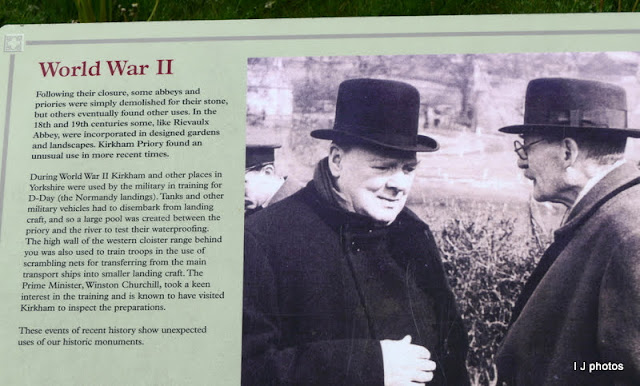 After the visit a walk along the River Derwent was a must. The only trouble was the mud. Slip, sliding and nearly coming a cropper, only Ian's helping hand saved me from falling flat on my back. 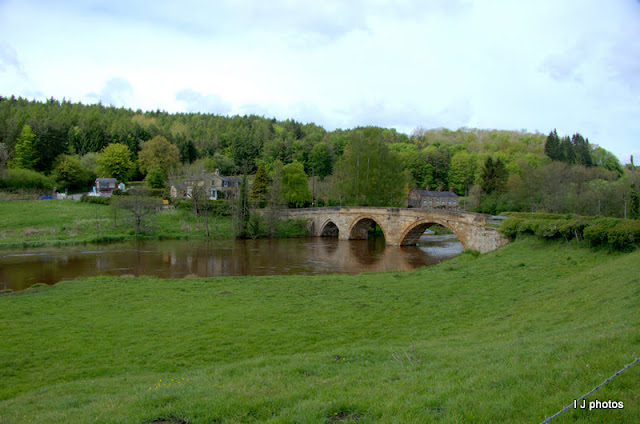 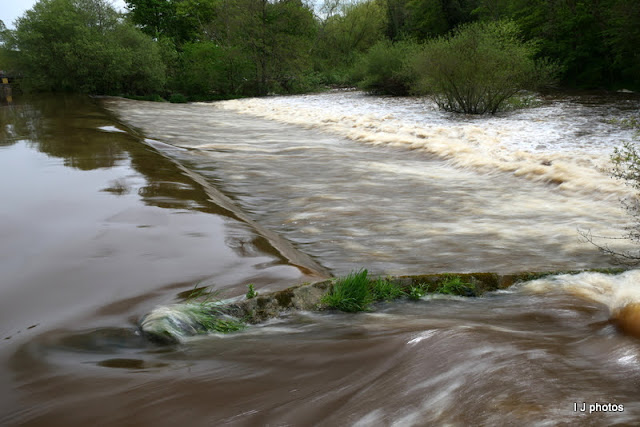 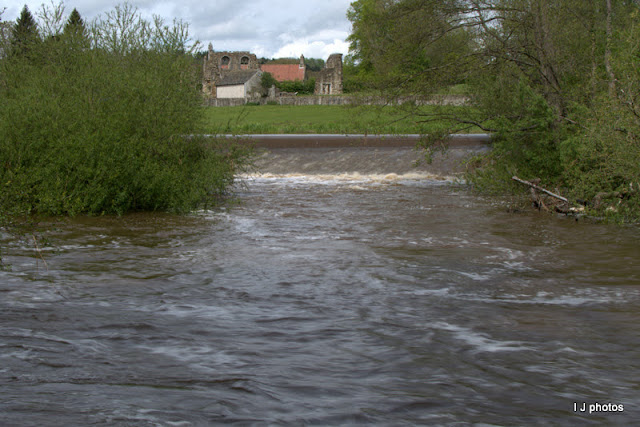 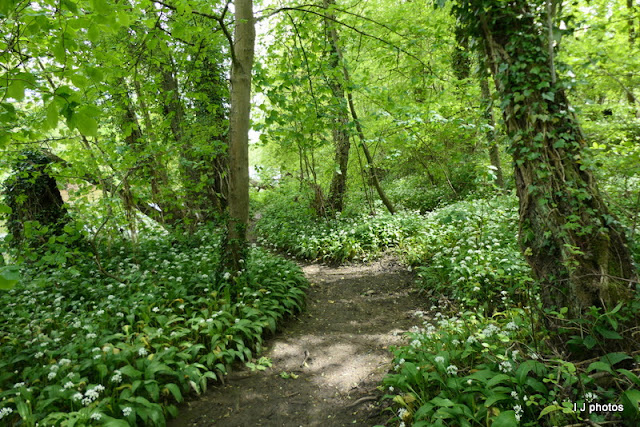 We have booked tickets for the Steam Loco at Pickering tomorrow morning and found an overnight stay car park right by the railway. I managed to get a great shot of the locomotive as it passed MB and this can now be added to the photo of FS at the Churnet Valley Railway on the Caldon Canal. 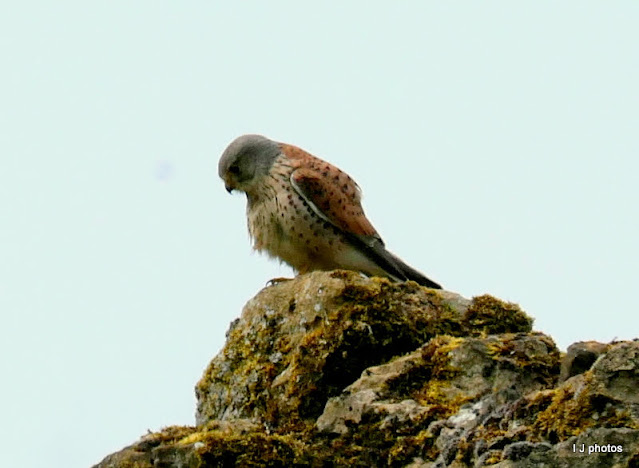 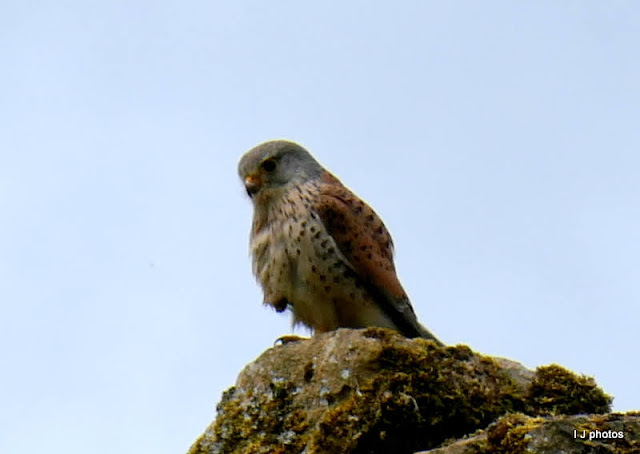 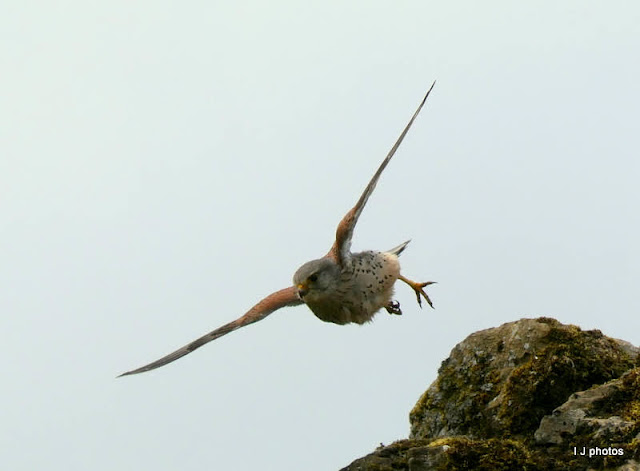 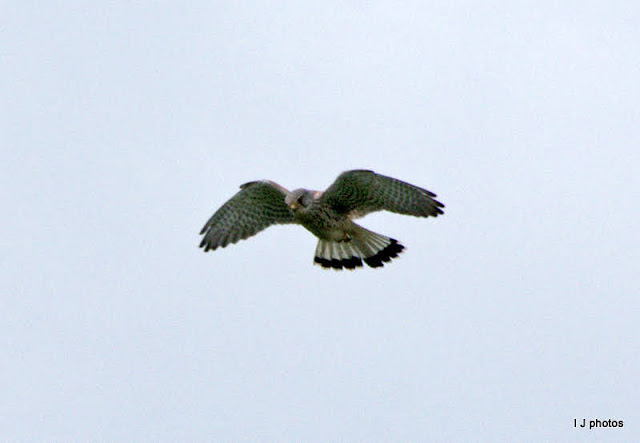 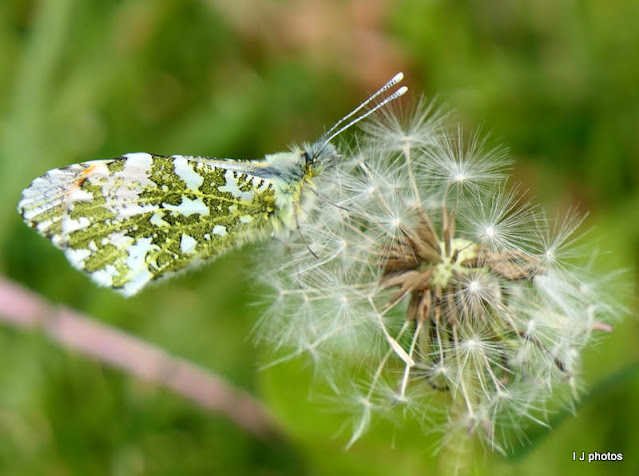 Posted by Ian and Irene Jameison at 5:29 pm

Charging laptops from 12v DC via an inverter & power supply is not the most efficient use of a limited charge. You should consider getting one (or maybe two) 12v laptop chargers, and cut out using the inverter. Here's a recent article from someone in exactly the same position as you:

There are many other types of 12 volt laptop supplies available, but this was the first post I stumbled across.

As for the heater, I had the same problem with my Eberspacher blown air heating - it wouldn't fire up when the battery was low. Not helped by the diesel fuelled versions (like mine) requiring a brief burst of some 10 amps during the ignition sequence. Your gas version shouldn't need as much. After delving into the wiring loom I found several feet of unnecessary cable between heater and fuse box. I cut this out and it made a measurable difference to the voltage drop between the two. It looks to me as if Autosleepers just have one harness made to fit various models of conversion, and they barely meet Eberspacher's installation specifications regarding the size of cable needed for particular runs. Even the water pump supply has at least 2 ft more cable than needed!

If you get caught again it's worth remembering that that turning everything off and then waiting half an hour might be enough to get your heater fired up (even at night). Discharged Lead-Acid batteries always "recover" somewhat when the load is removed. I keep a couple of cheap LED torches inside (just in case!)

Wow, stunning photos Irene, it's so exciting and satisfying when you manage to get lovely pics like that, well done you.
Ann Makemson xx

Thanks, Dave, I have forwarded the link to Ian.

We should know today if our leisure battery is knackered 'cos Ian has found a place in Malton to get it checked.

Thank you, Ann. It doesn't happen very often that I'm in the right place at the right time. But feel so very lucky when it happens. Xx