Was it a ghostly apparition?

Hey we got to Braunston by 9am, not bad going seeing as we still had the one lock of the Buckby flight to do... and the Braunston tunnel with its bendy bits and...  7 (thank you adam) 6 locks of the Braunston flight. Well we did set off by 6 am, a great time to leave as no other like-minded insomniacs or should I say idiots like us, were out and about. 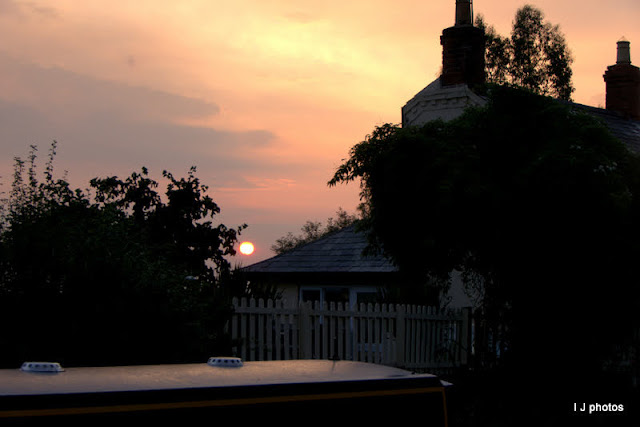 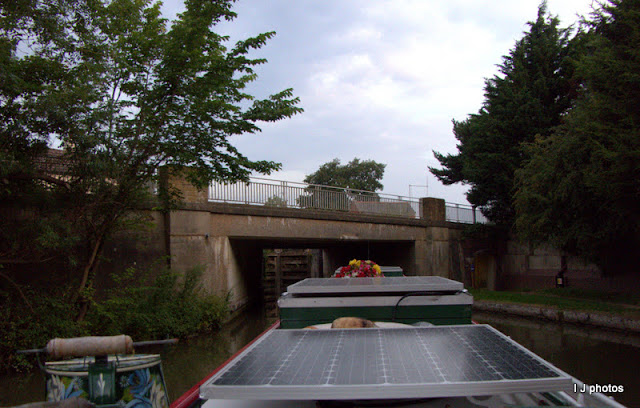 Then into the tunnel and a light seen in the distance. Blast a boat must have entered from the other end. But then hmm... That was a bit weird. The light was so bright I was convinced it was a boat heading toward us. It never got nearer, strange... was it a ghostly apparition? And then no light could be seen at all, not even from the end of the tunnel. It went all foggy and eerie, and when we finally did get to the end there was a strange light from the tunnel mouth. 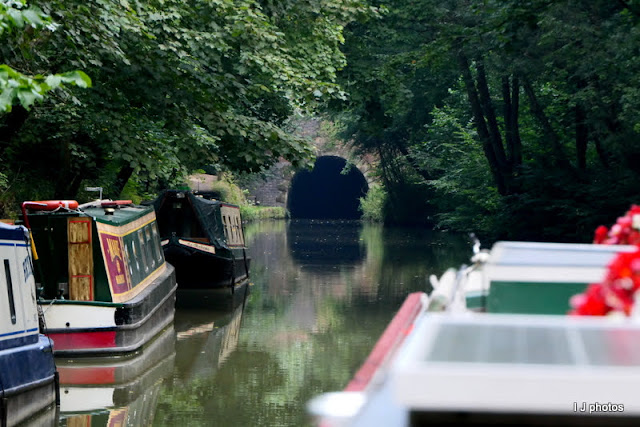 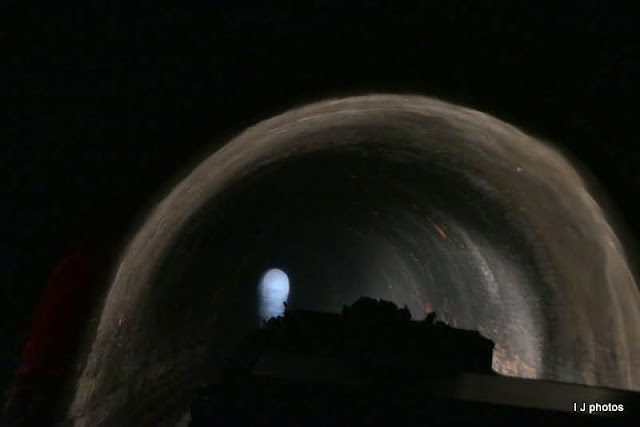 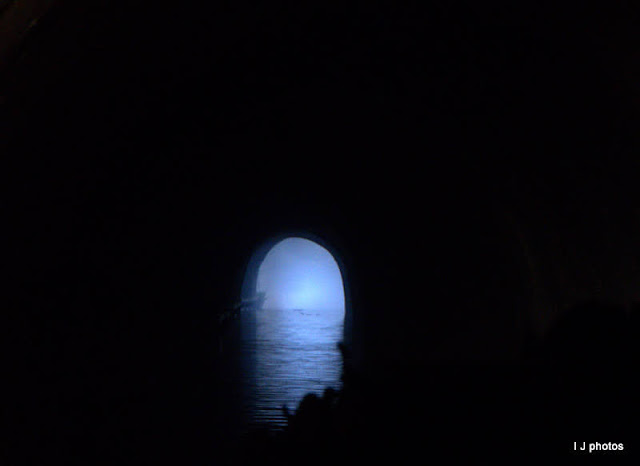 Simple explanation though, it must have been a boat ahead with a very foggy exhaust. Still, it did feet most strange and surreal.

And we did find that boat that was in the tunnel ahead of us. We had hoped to lock down with them once we caught them up but all they wanted was to get through the tunnel early and then stop. So it appeared we were on our own once more to do the last 7 6 locks. 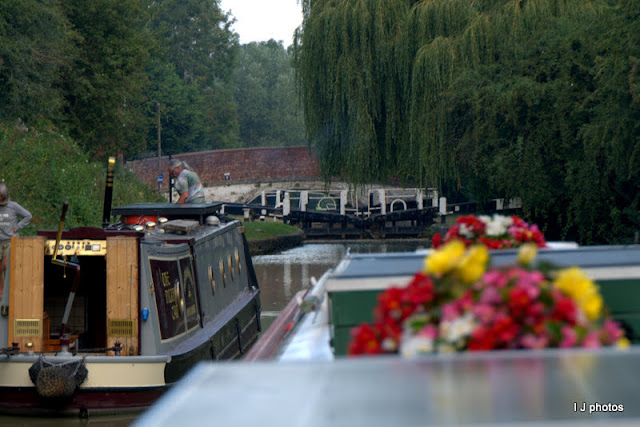 In typical Braunston fashion, the pounds were low again. 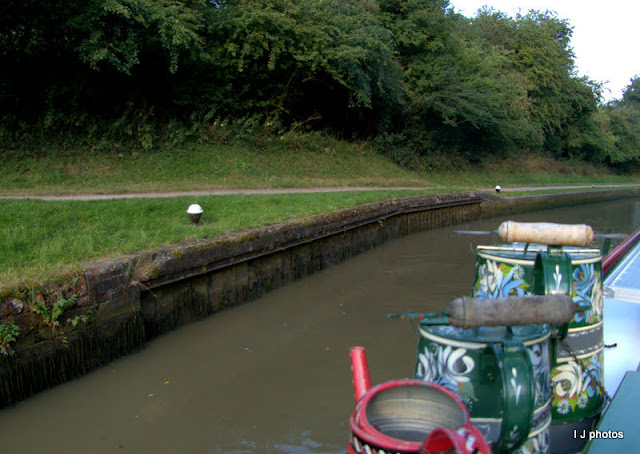 Mooring was foremost on our minds and all we could see was a long line of moored boats. Then we got lucky, a boat was getting ready to leave. Whipped in there as quick as you like as soon as the spot had been vacated! Got ourselves settled when a text message from Jim and Jen Nb Dire Straits, saying they were in Braunston and moored opposite the facility block by Midland Chandlers. Well, having left Langley Mill and travelled to Braunston with them on our way to do the Thames, we really didn't expect to see them again. But there they were and what a coincidence! "If you come quick" said Jen, "You could nip into the space behind us". So we upped pins and here we are, in a nice shady mooring for a change. The chairs came out and the drink flowed. Now that's our sort of boating! 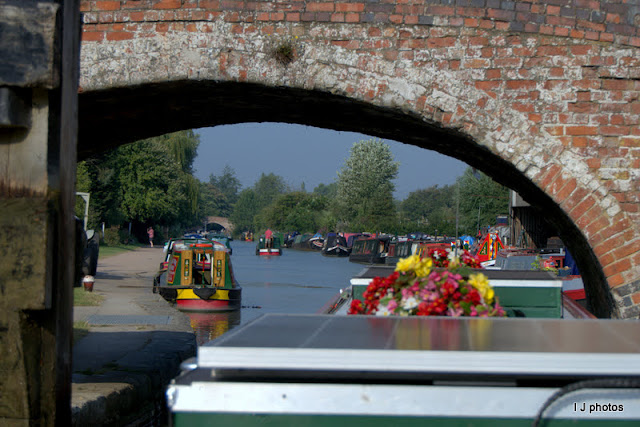 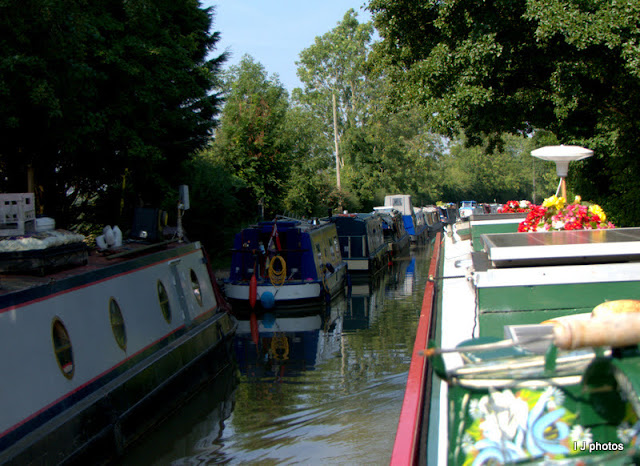 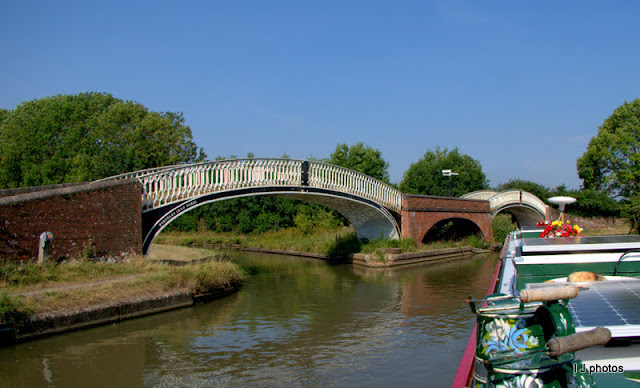 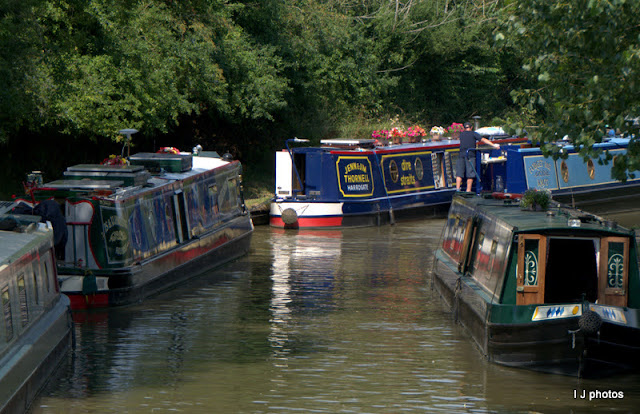 And a late brood from this duck, 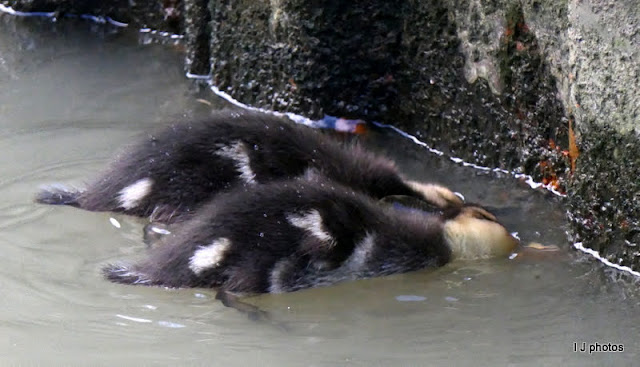 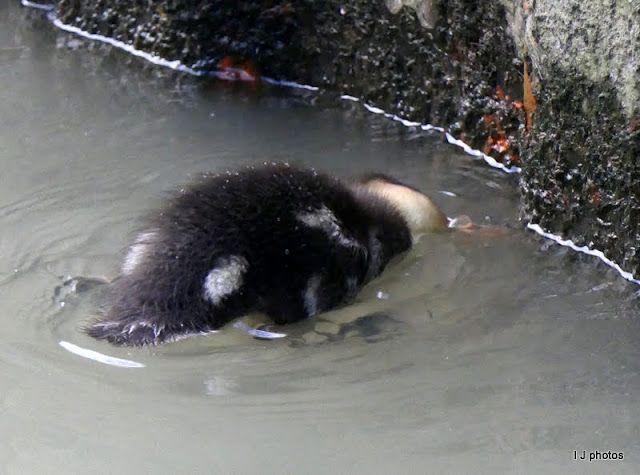 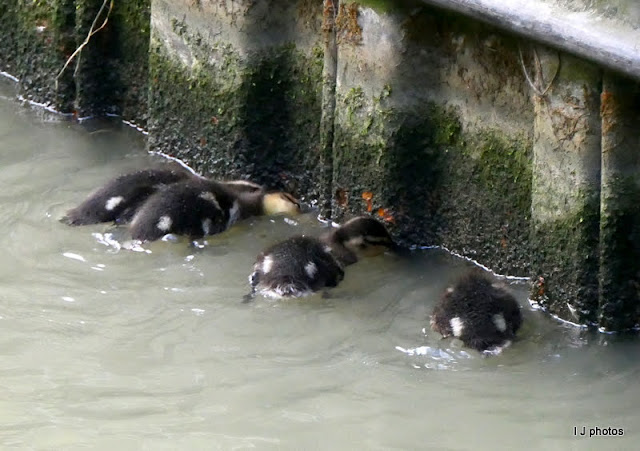 Posted by Ian and Irene Jameison at 6:34 pm

Only six locks at Braunston, not seven.

Thank you, Adam. I stand corrected.

I am just having a boat blog catch up. When I was on my own aboard NBV, I would up sticks at 5 am to have the tunnels to myself and get a jump on the queues at the locks. I just get so stressed out when there is a scrum of boats and they all seem to be going every which way, and invariably there is an asshat on one of them who thinks the rules don't apply to them or they know more about boating than God or Les! I managed to get through Braunston, Blisworth and up the Buckby flight with hardly any traffic either way getting an ultra early start and was moored up wherever I wanted to be by 9 am when others were vacating moorings and getting on with their day.

Love to you both,

Thank you Jaq, for your lovely comment, We have had some amazing weather, not at all the norm for the UK so of course, making the most of it. You are right about the early starts. Our aim is always to be moored by lunchtime if possible and in the best spots too. Only a few times it hasn't worked, the K&A was one of them with continues moorers in the prime spots. I suppose that will always be the case on some honey locations.

Hope you are keeping safe and well too

Much love from us both