Must have been a shock on their return!

What a fabulous Sunset last night. Not seen one that vibrant in a long time! 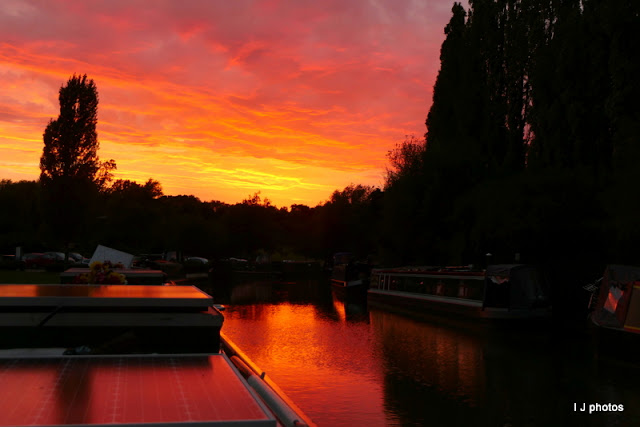 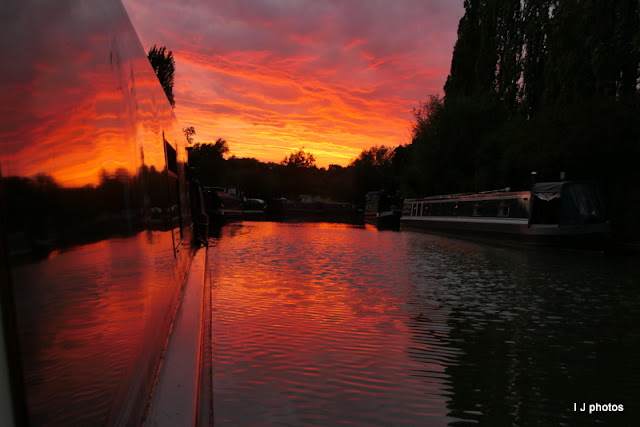 Left Campbell Park this morning, had to really because our 48 hours were up, but in a way I was glad to see the back of the park. Too many people too near to FS, not normally a problem but in these times of the new normal.... a worry indeed.

At Gifford Park it was a quick stop to use the facilities and for me to get a cheap loaf of white bread from Tesco Express. Today I made the decision to buy a fishing licence. Why I didn't do it before was a massive oversight on my part. It was to do with thinking the tackle shops would be shut so why bother. But of course, bread works just as well if only the flakes would stay on the hook! Maybe someone could give me a tip?

Stopped at Great Linford and the first thing to do was assemble the rod. Good grief its been over two years since I last fished so I was a bit slow in getting the reel and line sorted and then a big mistake....tying the hook onto the line before putting the float on...dah! But once assembled and on the first cast, a small roach. Second cast a small bream. Yes.... what a good start and long may it continue. 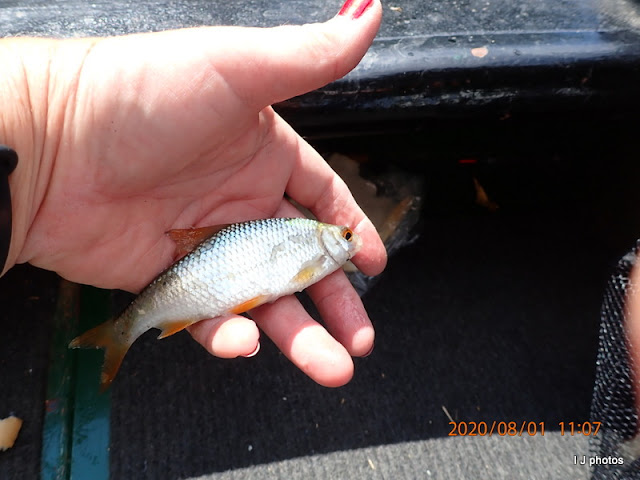 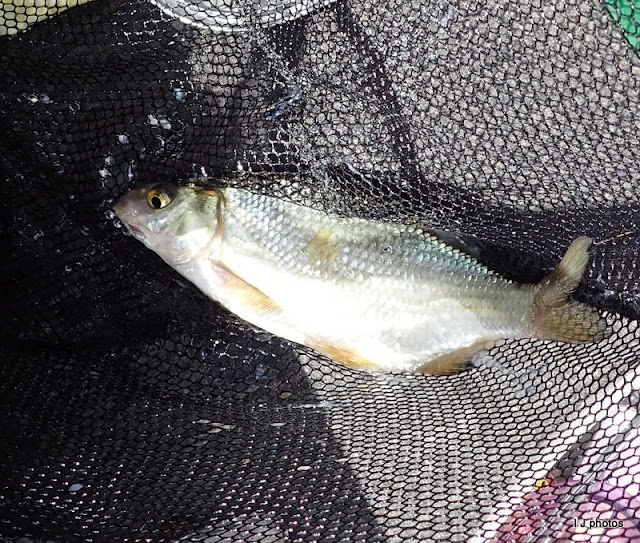 Then I had just finished fishing and packed away when this ex lifeboat went past...well you can see for yourself. Ducked inside pretty quick and closed the doors. Choking it was!! 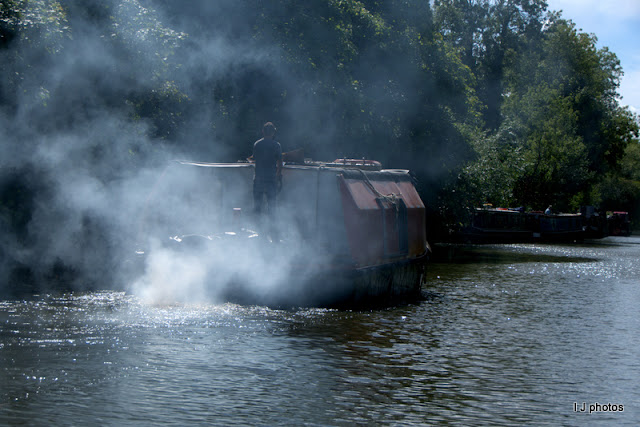 Once back inside FS we realised we had no internet and rubbish TV. It's not often we move once moored but because of that discovery, an exception was made. And for once we were both in agreement, move about a quarter of a mile to The Black Horse pub.

Having left that mooring and heading for the pub, on the opposite bank by Great Linford park this was seen. A day boat full of water. How on earth did that happen unless someone went down the weed hatch and forgot to secure the cover.  Must have been a shock to the returning hirers! 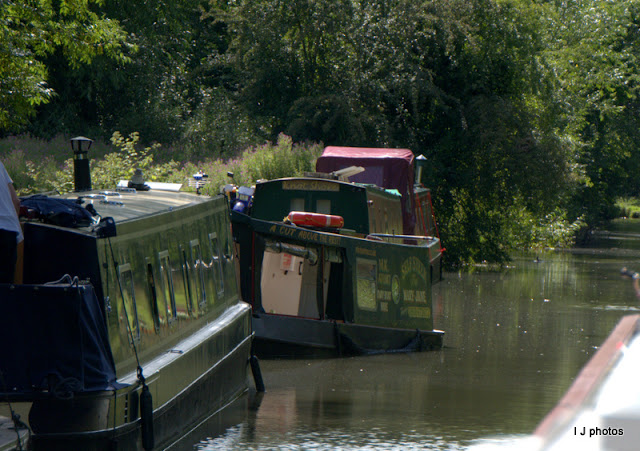 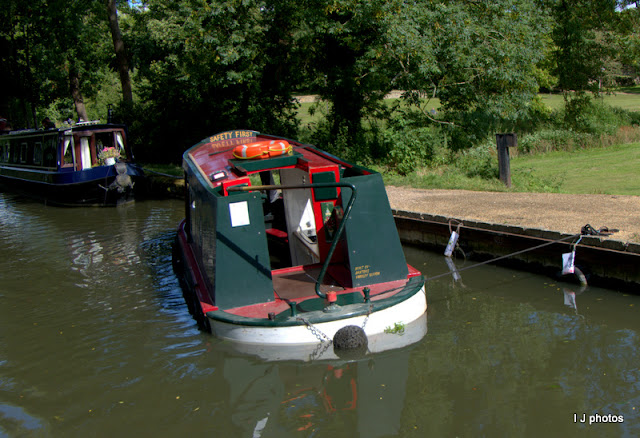 Hardly a boat on the moorings, what a surprise so this will be home until Monday and as to the move? It was a good plan as we have both internet and TV. But have we done the right thing? Could be noisy tonight with those punters all seated outside but we hope to treat ourselves to a Sunday roast take away tomorrow. 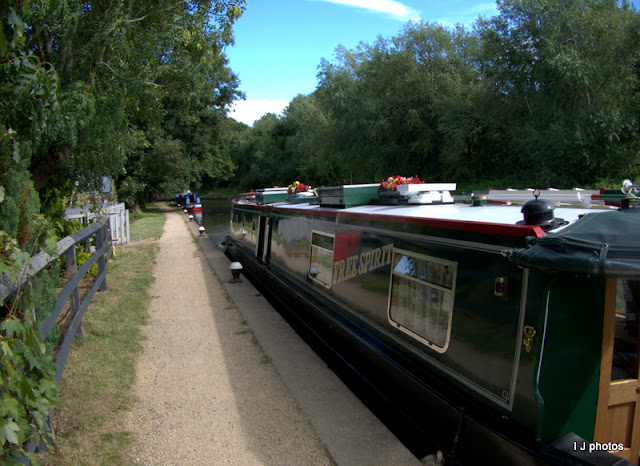 HI Irene,
regarding bread flake, Dave says 1) bread must be fresh, white 2)not too much of it, which is important 3) squeeze it onto the hook but let the bit below the hook stay fluffy. He has only fished now and then in recent years, and used sweetcorn or bread flake, hadn't used maggots for ages. Sweetcorn doesn't escape but it does stink if you forget to put it in the fridge! We saw some beautiful rudd in the weedy bits between Coseley tunnel and Wolverhampton on our last trip, and a pike.
Tight lines,
Debby