Foolhardy to think we would be the only ones with the same thoughts. The Buckby locks opened at 1.30pm yesterday afternoon (Monday) and by our reckoning the rush would be over by Tuesday, so we decided to wait until then. Stopping at Nether Heyford and watching as boat after boat went by, we congratulated ourselves on doing the right thing. 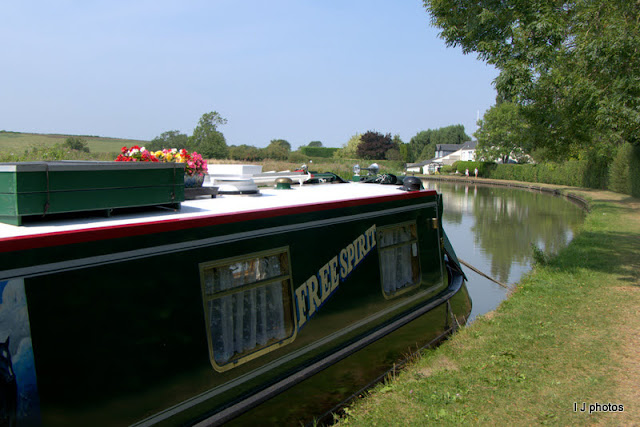 Today there was no urgency to get underway, after all we expected hardly any boats to ascend the locks, all having gone the day before.  How wrong we were!

A long approach to the bottom lock and Ian thought he saw a boat going in. Would they wait for us??? We couldn't speed up, plenty of moored boats but as we drew nearer our hearts sank. Lots of people  holding centre ropes, and we had no idea where the queue started. Several boats were facing our way so could rule them out. Eventually a gap showed itself before a boat on the visitor mooring, so we pulled into there. Thinking only 4 were in front we were dismayed to be told all the boats waiting on Whilton Marina moorings were also in the queue! An hour later and it was finally our turn. Then as I got onto the landing a chap whose boat had been moored half on and half off the lock moorings returned to his boat having left it there since last Monday. He had the audacity to say he would be locking up with us. Well you could have floored me. I pointed to all those boats now behind us all waiting their turn and said if he had any decency he would not jump the queue. I should have saved my breath as it fell on deaf ears. He insisted that he been waiting a week for the lock to open (hadn't we all?) and therefore wasn't prepared to wait. I was having none of that and said I already knew which boat was my locking buddy and it wasn't his! 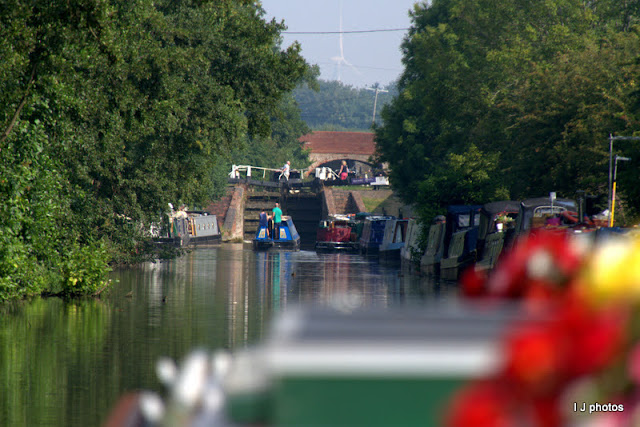 Another reason for the leap frogging was C&RT work boat left on the lock landing and right on the middle bollards. (shame on them) Ian decided to move it back to clear most of the landing. 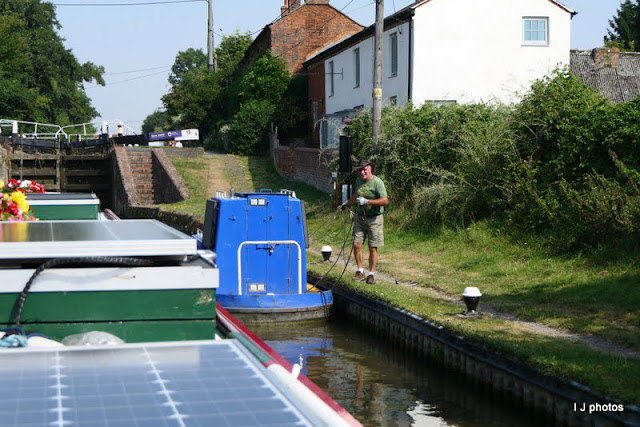 Enough was enough by the time we had done 6 locks and stopped near to Anchor Cottage. So very hot, above 32 degrees so both of us were melting, Ian more so than me as he had done all the hard work. Our locking buddy continued without us hoping to reach and find a mooring in Braunston. Good luck with that! If we leave really early tomorrow morning, maybe we won't have to repeat the queues of today.

Posted by Ian and Irene Jameison at 5:08 pm

My cousin and family are out on Briar Rose at the moment (the must have gone past you yesterday) and got up early to do Buckby at 7am today. Don’t wish to rub it in, but they got to the top in 90 minutes...!

Thanks for that Adam! Never saw Briar Rose at all, but will look out for her when they are on their way back. Xx