Wonder if Natural England knows about this.

I suppose that with everyone talking about a super moon it stood to reason that I would attempt to take a photo of it. Failed completely with my all 'singing all dancing' Canon but my old Panasonic Lumix did me proud. 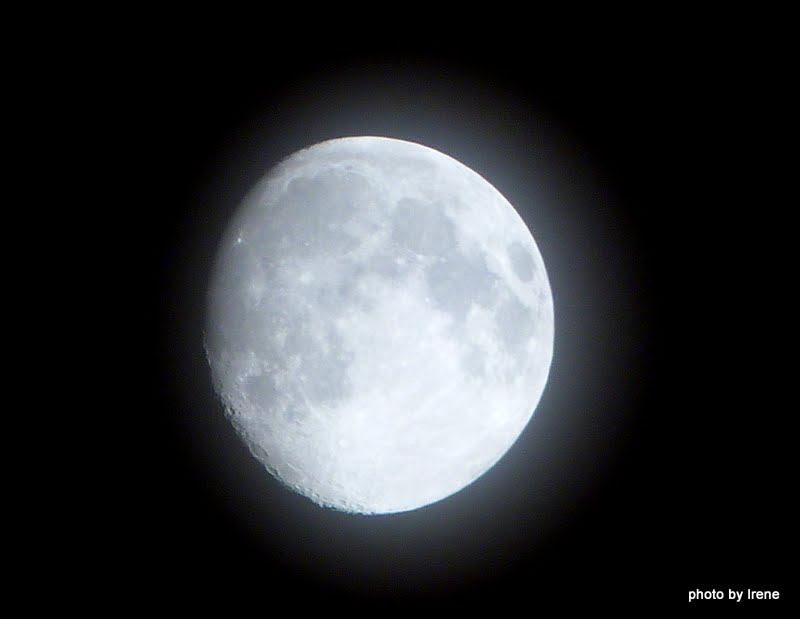 Been a day of pill popping by the both of us. Aches and pains you wouldn't believe, especially the back, arms and shoulders. Worse for Ian having to do everything with his left arm 'cause the right is not up to the job. Still with the sun making the cabin side look really shiny it was all worth the effort.. Not looking forward to doing the other side though.

I was baffled this morning to see two men carrying a long pole with hose on the end and a back pack containing liquid. Watching for a while they started spraying over a reed bed. Me being me I asked what they were doing. It's all to do with containing the amount of reed growth over the water.  Now you would think that this was a great idea what with the canal channel getting narrower because of the reed, but this wasn't being done canal side, no....it was over a small feeder stream leading to the pond. I was concerned about what this would do to the dragonflies as loads were flying around at the time. He assured me that the mixture was so dilute that no harm would become to any of the insect life. All it would do was kill the reeds. Ummm...... so I ask myself a question. If Milton Keynes council can spray this stuff, why cant C&RT use it as well. I'm sure Natural England must have okayed its use.... Or did they???? Anyway, wouldn't that be an answer to the boaters having to plough through a ditch rather then open water? Just a thought! 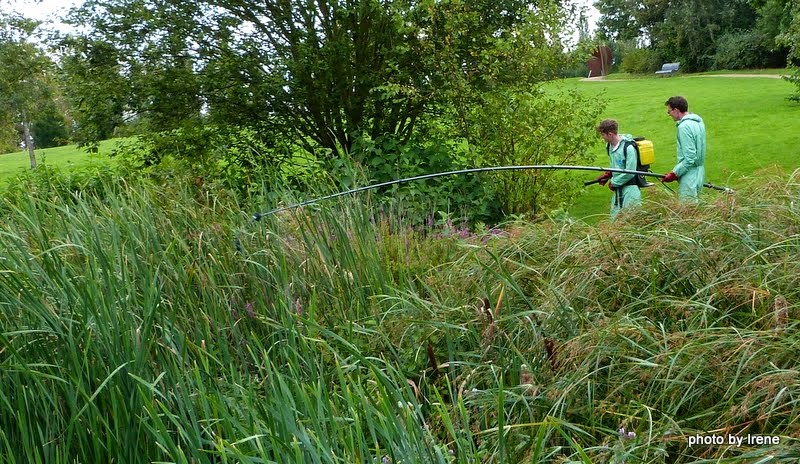 Before returning to FS I heard the distinctive sound of a working boat engine. It was Jules & Richard on coal boat Towcester and butty Bideford. Plenty of custom to be had around here what with overstayers and the like. One delivery took place in a very narrow bit and a Wyvern hirer came round the corner and instead of going round Bideford, ploughed straight into its stern. No damage done, thank goodness, and Jules being Jules just shrugged her shoulders and laughed it off. 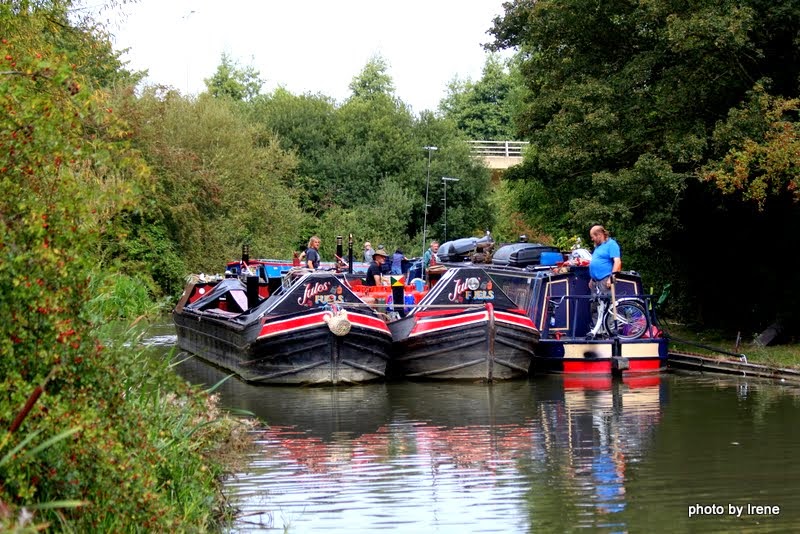 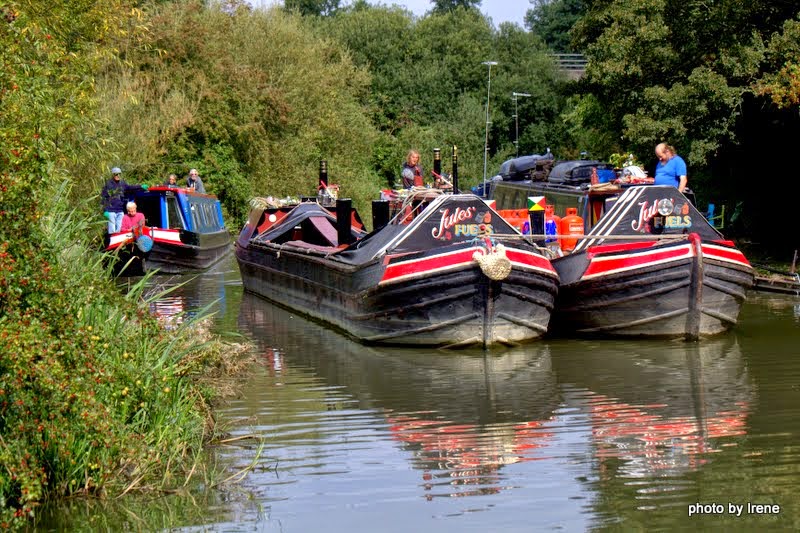 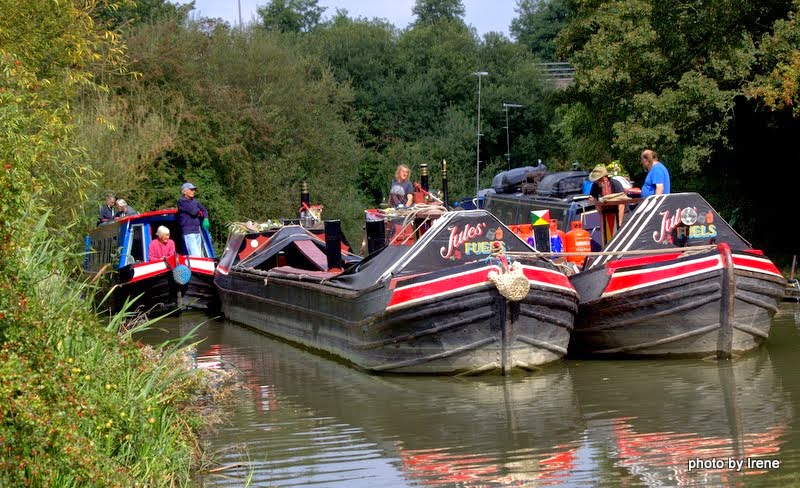 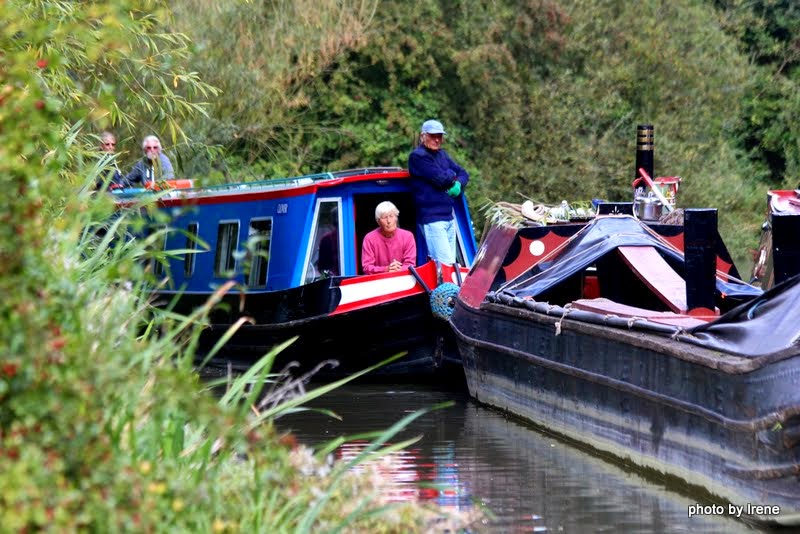 And at the pond. 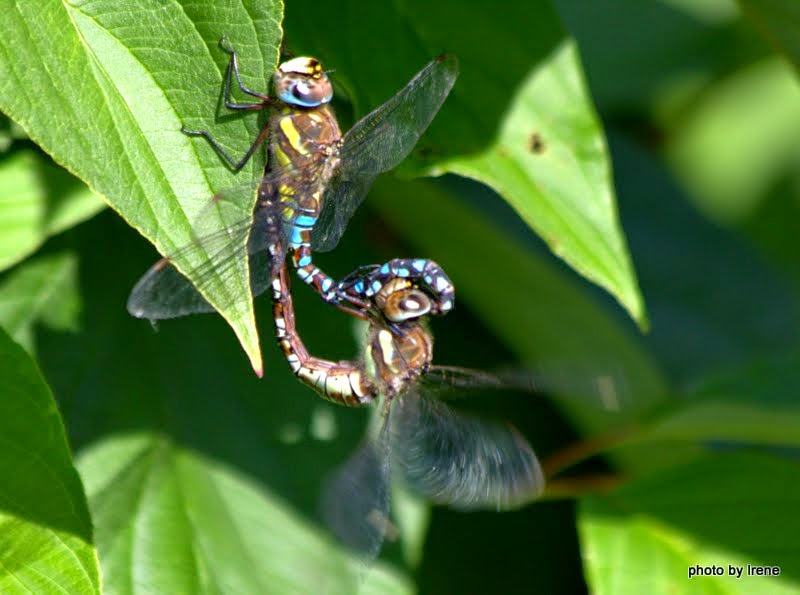 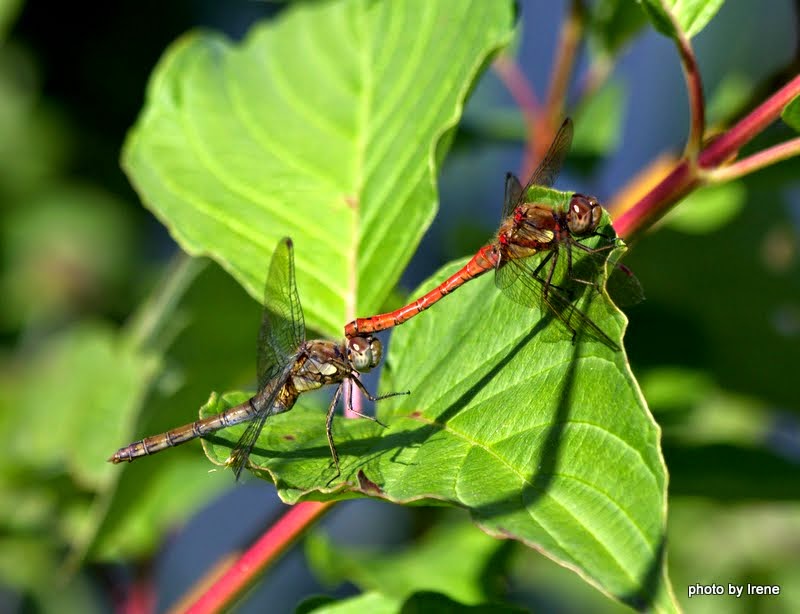 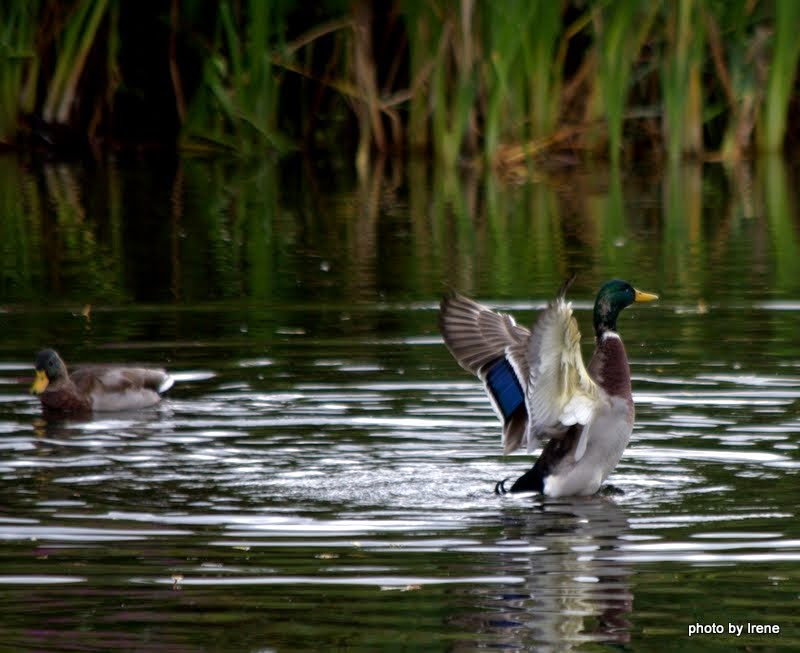 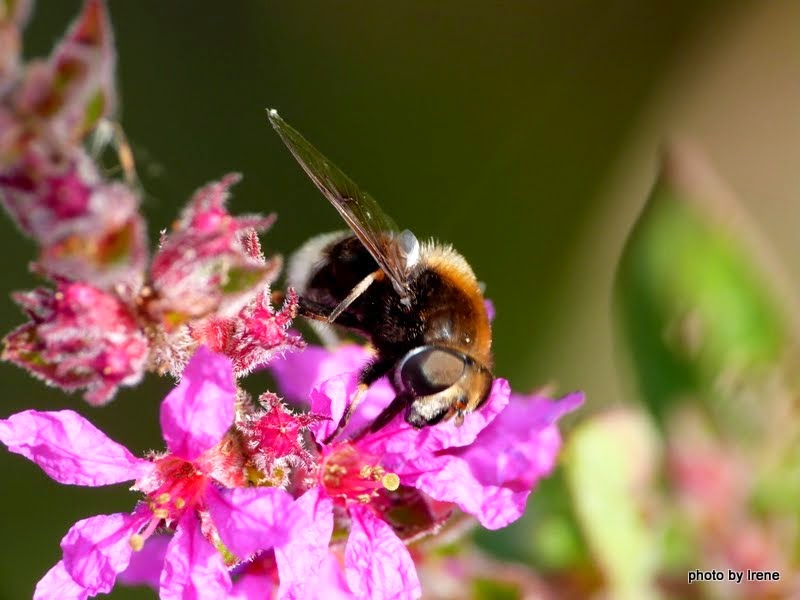 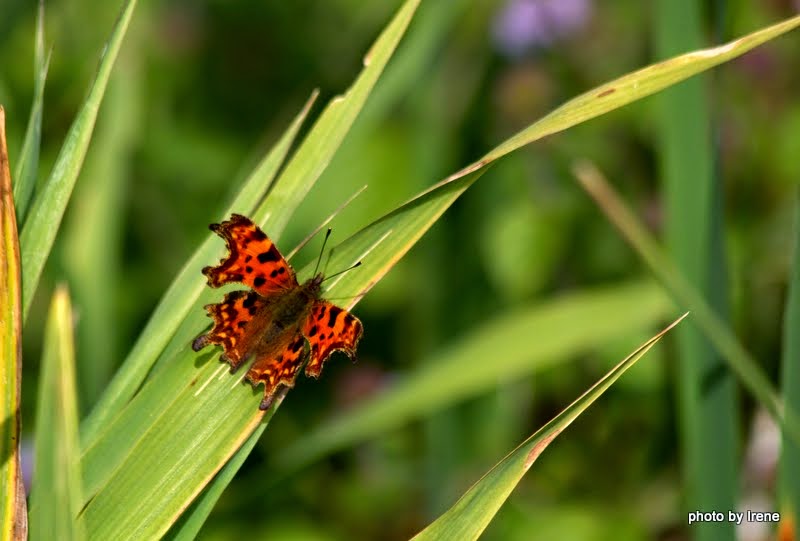 Posted by Ian and Irene Jameison at 4:49 pm

Your photos are just amazing, keep up the good work! Sue