Not another one down the chimney!

Isn't it always the way! You book a 5-day slot for docking with the hopes that the weather will be kind...and it's not. But we had to persevere, whether we liked it or not.

Into the dock and wait for the water to be drained. Almost all gone when seen in the gully, a crayfish and not one of our white clawed native specious but one of those American interlopers, a signal Crayfish. Now it should have been dispatched and sent to crayfish hell, but one of the boaters here took pity and lobed it into the feeder. Mind you, I'm not sure how we would have killed the thing other than hit it with a hammer or drop it in boiling water 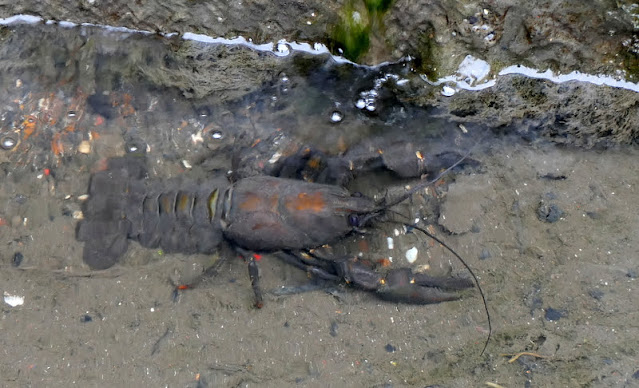 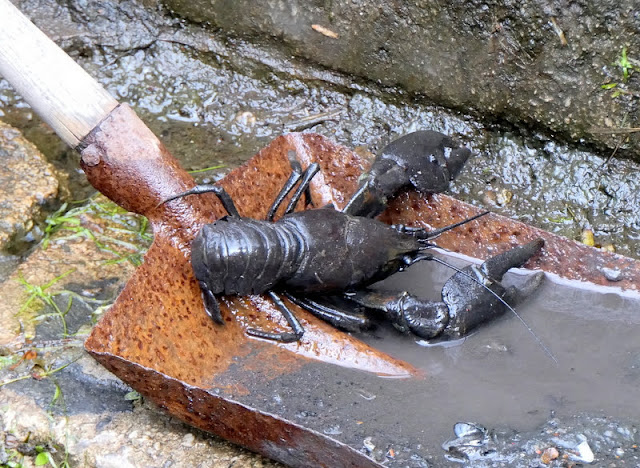 Anyway, the rain held off and Ian got hold of the jet wash to get rid of the rust and crude from the hull. He then followed it up by using the grinder with wire brush on the worst bits, a job only my 'man that can' could do. Those dark clouds were never far away and thankfully didn't deposit their moisture until Ian had finished. The prop needed seeing too. All the way up the Erewash, the tiller had been bouncing. Ian would have gone down the weed hatch if we hadn't been so close to home. 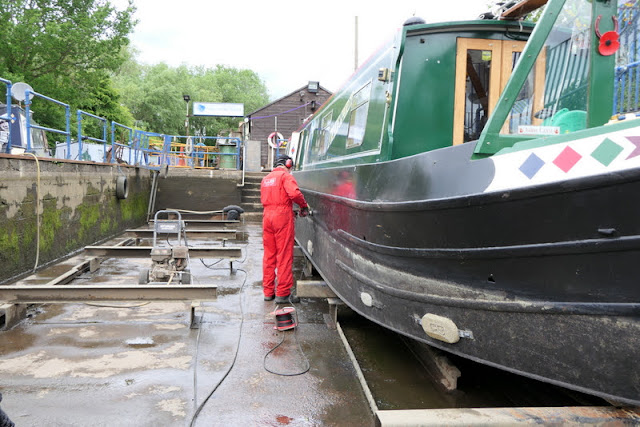 Day 2 and my turn. Fully kitted in, what I deemed to be, my 'blacking gear' (old top and trousers) I set too getting the first coat of bitumen all around the hull. Got halfway and the heavens opened! Only a short heavy shower, but enough to wet the hull so the bitu wouldn't stick. Out came the old towels and I spent the next 30 minutes trying to dry it off. Just about to start again when... bu**er...the next shower arrived! That was it... I downed tools in disgust and went in for a coffee.

Meanwhile, Ian had been inspecting the hull. On his request, I took a couple of pictures of the anodes. Gosh, they were pitted, badly in our opinion considering new ones had been fitted in August last year. It must be to do with us being in the basin and connected to the shore line. We have a galvanic convertor fitted, have had for years and although it doesn't stop all the pitting, should reduce the amount we get. It's all too much for me to explain exactly how it all works and why the need for one, so if interested check out THIS ARTICLE 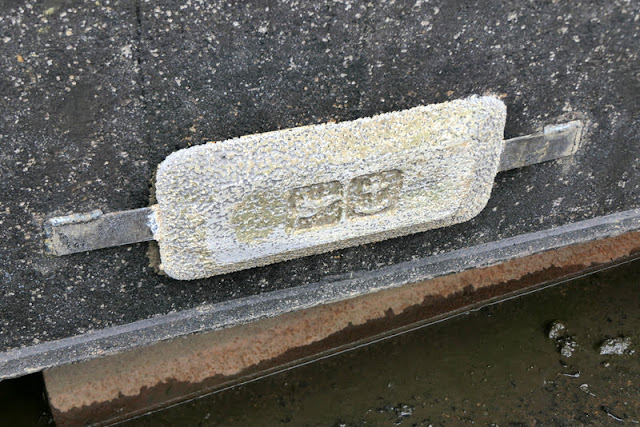 The afternoon was better, so much so that I did get all the way around. With fingers crossed, Ian decided to turn his attention to the gunnels. They were in a really battered state, and a lot of filling and rubbing down was required.

I decided on painting the tunnel bands. Probably not my best move because by now, late afternoon, those pesky flying insects were about. Blimey, when I had finished, the paint was awash with small black bodies, all having suffered a horrible death. Huh, that will teach the blighters to land in my paint!

That night it rained....lots of rain, and the wind...lots of wind, blast blast blast! Forecast was not good, more wet stuff to come for the afternoon, consequently we were up and working by 7 am! Good news, all the second coat of bitumen was on by 10 am. If it rained now, who cares! Well, actually I still had the second coat to apply on the tunnel bands, and another quick rub down to get rid of those bodies. So I went for it, had the weather radar for this area on my phone. Every hour it updated and yes...not a drop of rain to come until late afternoon. Time enough for the second coat to dry. 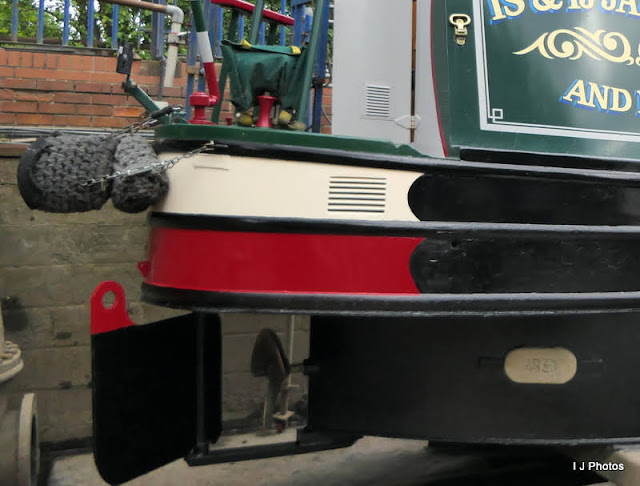 Ian was still faffing about at those gunnels. Now don't get me wrong, I like things to look okay, but Ian is a perfectionist, every blemish had to be either sandpapered out or filled, it all took a lot of time!. By the time the first black paint hit the surface, he was dicing with the weather. Somehow he got away with it. That paint, bought from Lidl, was quick drying, it needed to be because the radar was spot on and the paint was touch dry before it came.

Thursday was a day of titivating. All the roof furniture had seen better days, so this was to be my job. Goodness knows what Ian was doing, I know at one point he found yet more paintwork to be rubbed down. Best leave him to play, I thought. Anyway, that wind was still an issue, blowing bits into the paint as I was touching up the pole and boarding planks. 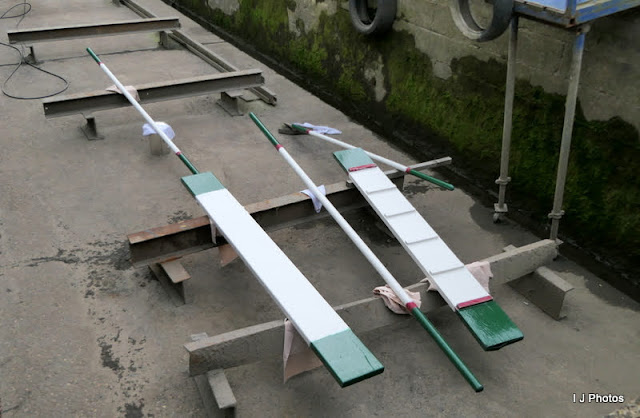 Then a loud hail from across the water. Did we know a pigeon was trapped in the Toll Office! Oh, for goodness’s sake! Somehow these pesky birds find themselves falling down the chimney, it's not the first time this has happened and probably won't be the last! Luckily for the bird, Ian knows where the key to the Toll Office is, otherwise it could have been trapped for weeks and probably wouldn't have survived.! 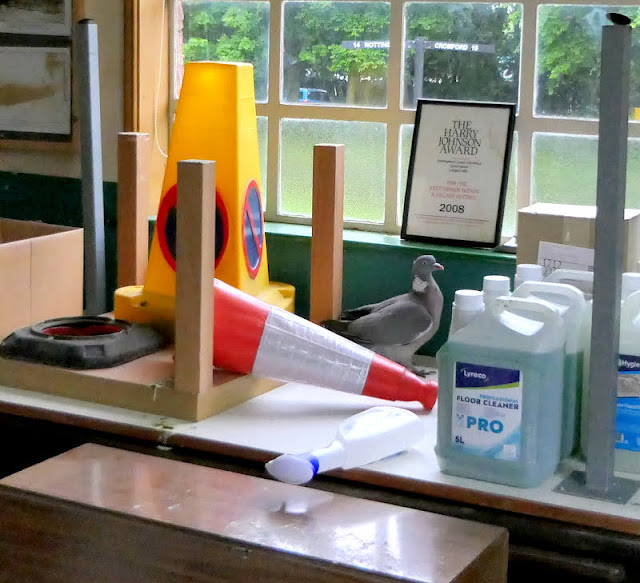 So everything is all done and dusted. With us not taking FS out for the rest of this year, and maybe even not next year, we won't have to dry dock her again for at least two years.

Next adventure will be on MB. Looking forward to that. 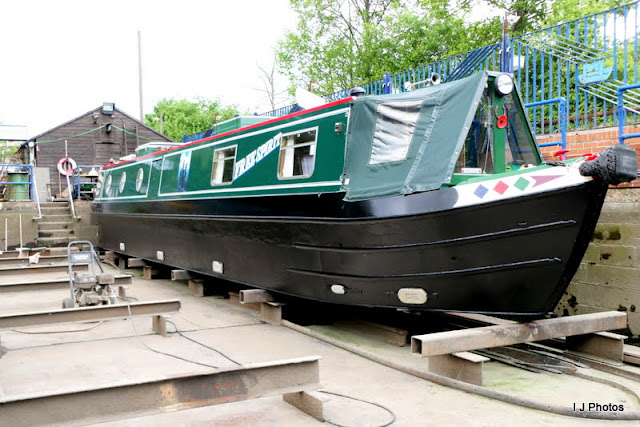 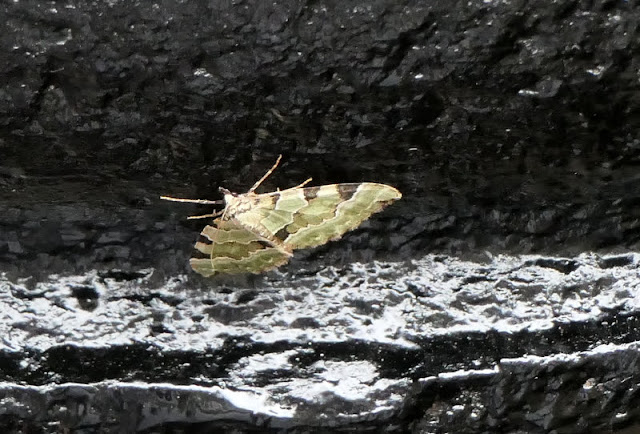 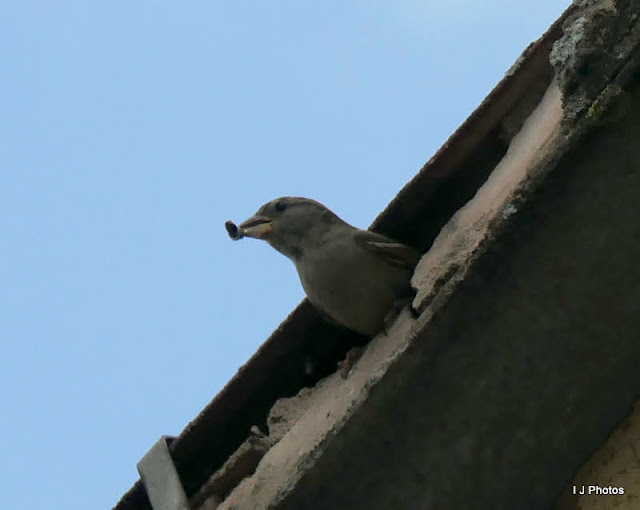 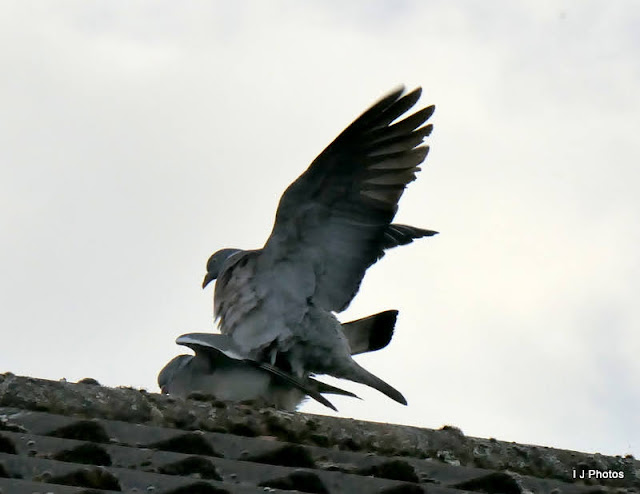 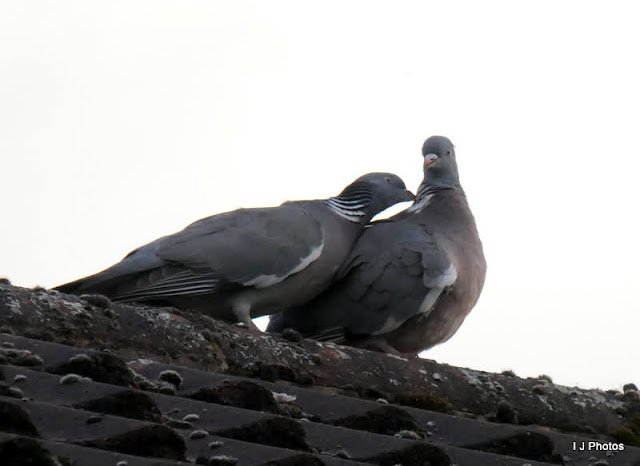 Posted by Ian and Irene Jameison at 7:03 pm

I don't know what your moth is, but are you signed up to i-spot? I think you can ask for id there
Our hope-it-will-all-be-ok new boat is having its survey next Tuesday!
best wishes
Debby

Hi Irene,
Your moth is a Green Carpet. Beautiful. Jo

Thanks, Debbie and good luck with the survey. Xx

Thanks, Jo. I looked everywhere for identification, with no joy. Even my butterfly and moths book didn't seem to have it in. I can now amend the post. Xx