Breath in or panic reverse.

It was early evening and during a fishing session, a loud splash was heard. In the water, a small dog and a very distraught owner calling its name. I called out if I could help, but he said he had it in hand. Well he certainly did because eventually the dog swam back to its owner. He made a grab for the collar and missed. In fact, he only just saved himself from following suit! Thankfully, the second grab was successful, and he managed to haul that dog. He then told me the dog had slipped, his age was against him being bit doddery on its legs, and what of that dog?  After a good shake, soaking its owner, it seemed rather pleased with itself, and had a momentary nut spell. 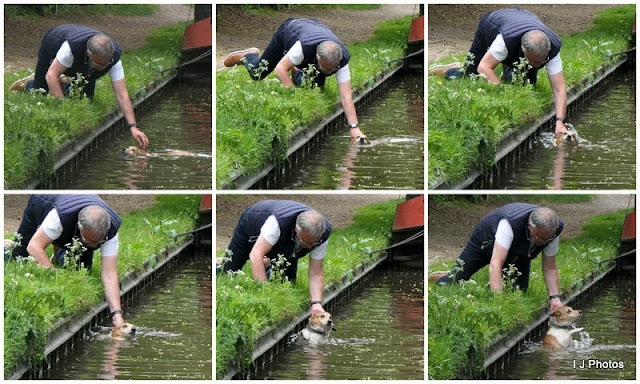 Torrential rain overnight, but no thunderstorm, mores the pity. And no sign of the blood-red supermoon either even though we were awake because of an extremely early riser leaving with his boat at 4.30 am!

Pulled pins and made our way to the water point. Blimey, this tap was also slow! Has CRT turned the pressure down? Got to 80 percent and called it a day. I took FS toward the lock and Ian walked ahead with the windlass. Right across the canal was a fishing pole.  I again fought the urge to sound the horn, even though there was no sign of the fisherman. Almost touching the thing when up it shot. These poles are expensive, I would have thought keeping a lookout would be preferable to it being destroyed. 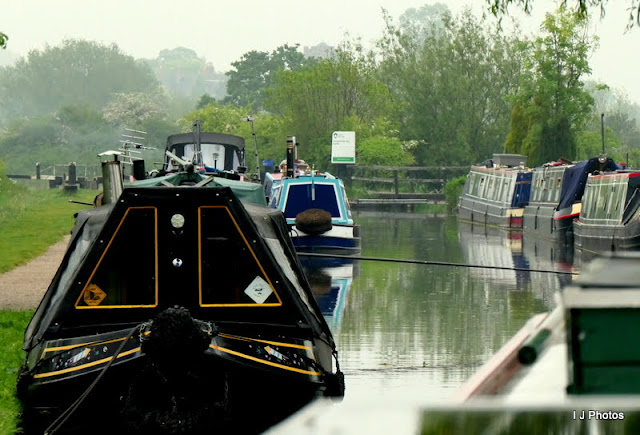 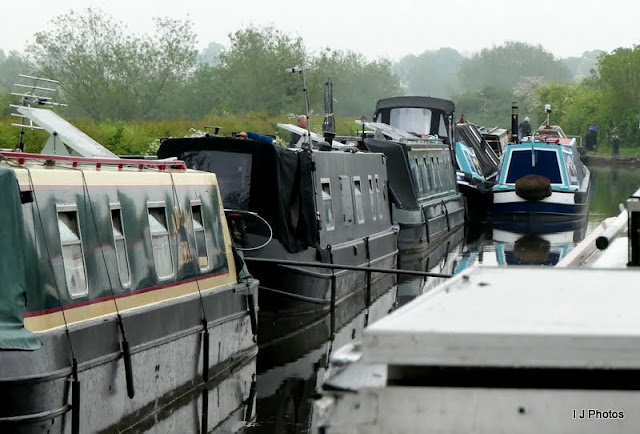 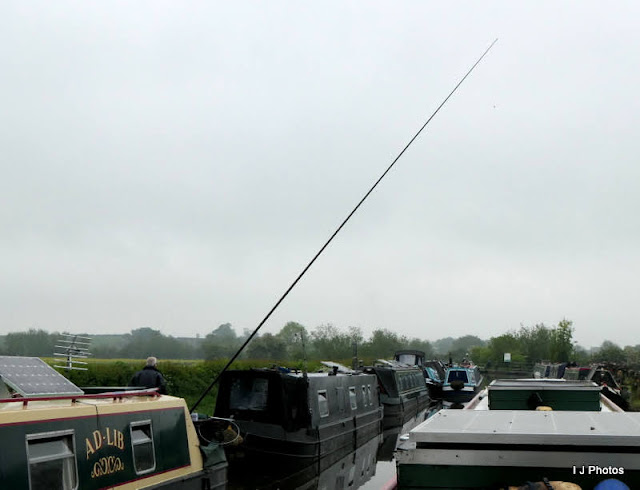 I noticed a paddle being lifted at the lock. Wasn't Ian, and it was the top paddles, not the bottom. Turns out a boat was preparing to leave and as I drew level, noticed it wasn't properly on the landing. Hmm, should I let him go first? Nop, he should have pulled forward if he wanted to take the lock!  Anyway, turns out he didn't know we were coming. That I can understand because of the breasted pair behind him. The chap was most obliging  and allowed us to go first and for that I thanked him. 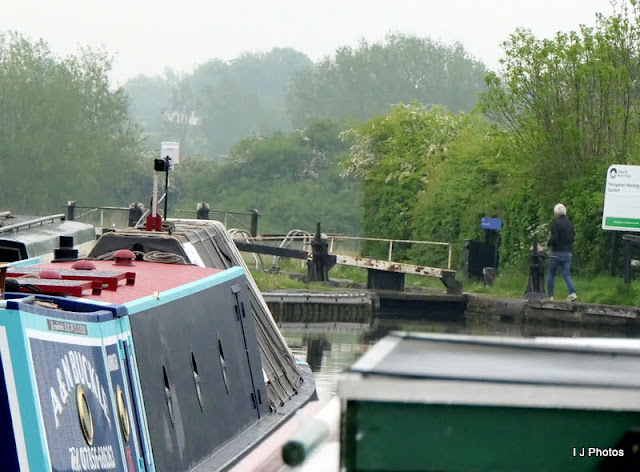 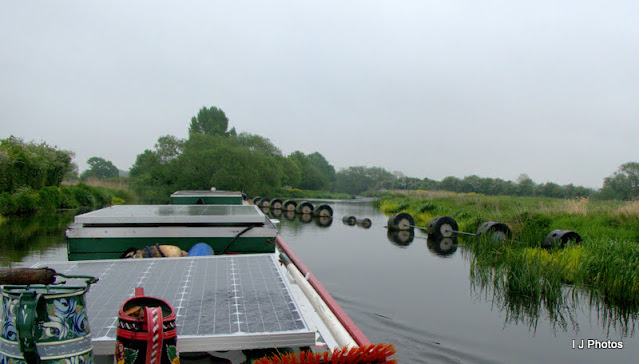 And the swan, seen when we went up in April, was still sitting on eggs just after the lock. The Cob was obviously in attack mode, another swan had entered his territory. but this Cob also had a reason for being protective. Its mate had 5 cygnets to look after. 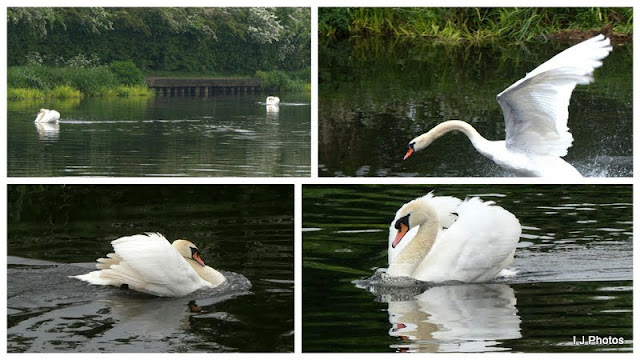 Two boats were met on the river section. Didn't meet at that narrow bridge, and a good job too. Anyway, we assumed that Wychnor lock would be with us. 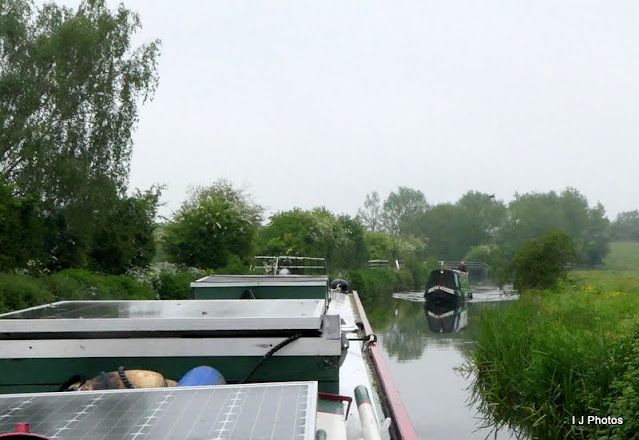 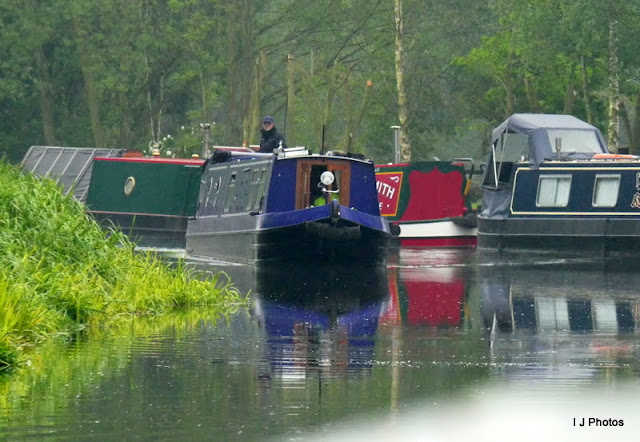 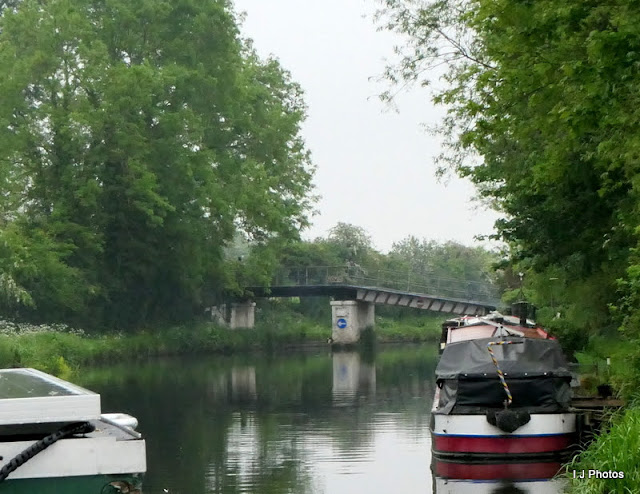 Unfortunately not. Too much leakage through the bottom gate caused the lock to be only half full. 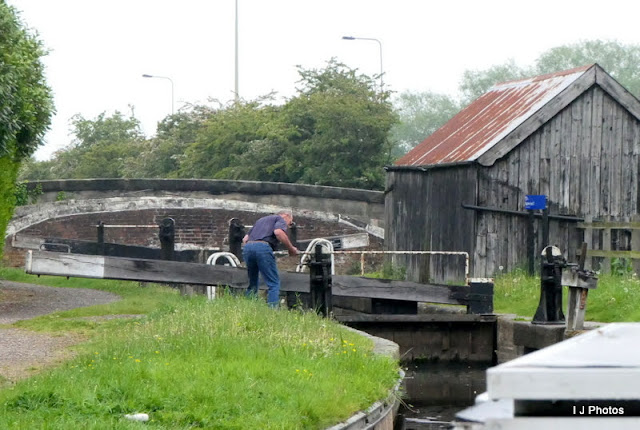 Tatenhill lock was the last lock for us today. One boat in front, then us and two boats behind and two more waiting at the bottom. I remember now why we don't enjoy summer cruising, preferring the Autumn and Winter months instead. Too blooming busy! 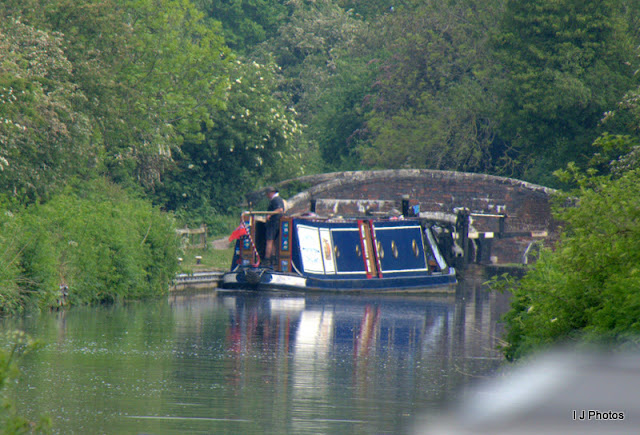 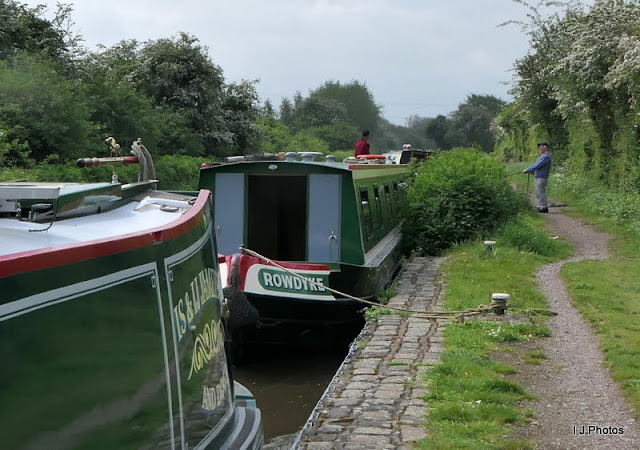 Branston water park moorings were almost full. We hoped to find a mooring on the other side of the new road bridge, a BBQ was planned for later. First we had to squeeze our way past that narrow bit on a bend, Why is it boats are always either met at bridge 'oles or tight narrow sections with moored boats and offside overhanging veg. And it was right on the bend where passing each other was impossible, so both boats went into reverse, There was a space, I reversed into it and the relief on that hirers face when I beckoned him forward, was priceless. 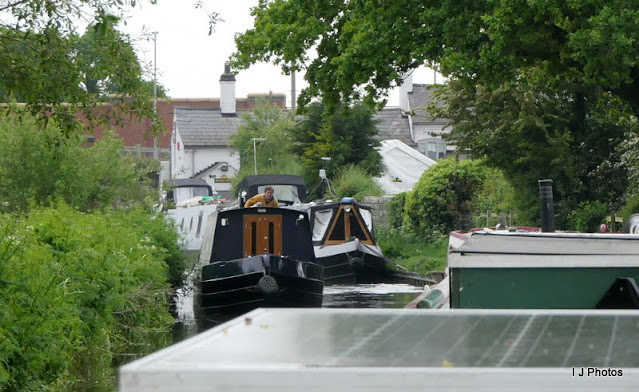 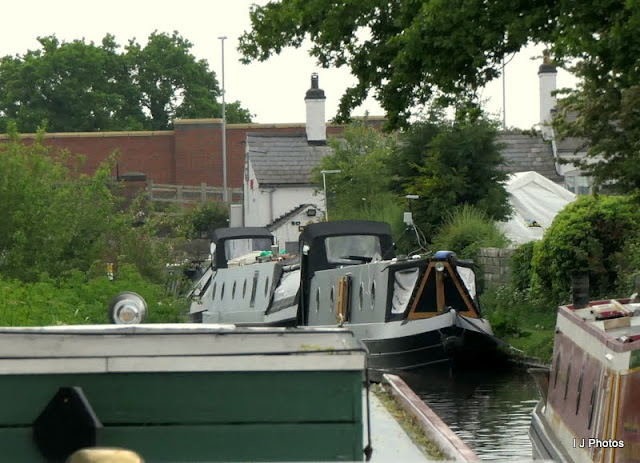 Stopped on the planned mooring, it was full of poo! Not dog although thats bad enough, no Goose poo, everywhere and tiptoeing through the stuff was a necessity! Just about to get the Barbie out and this happen. Blooming typical! 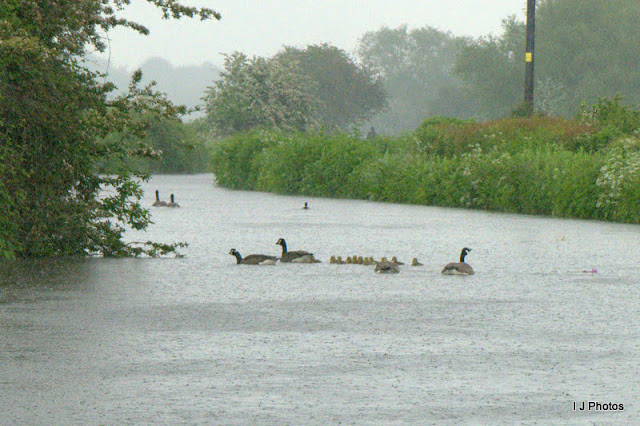 And wildlife today from the walk around the water park 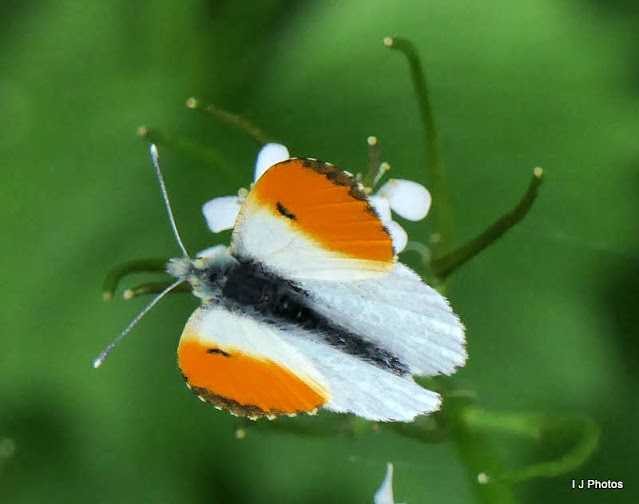 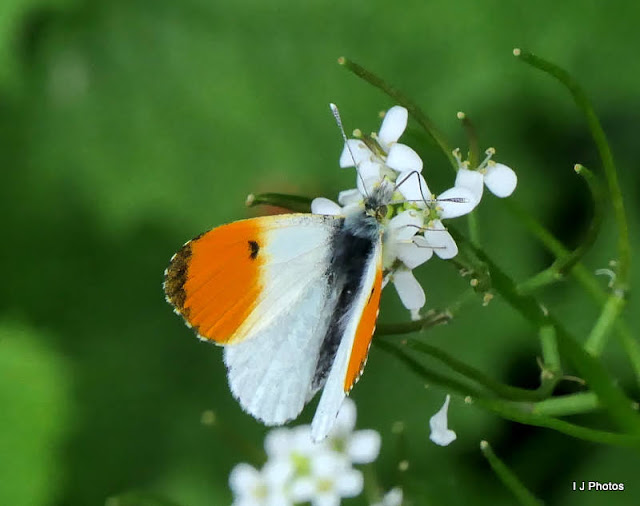 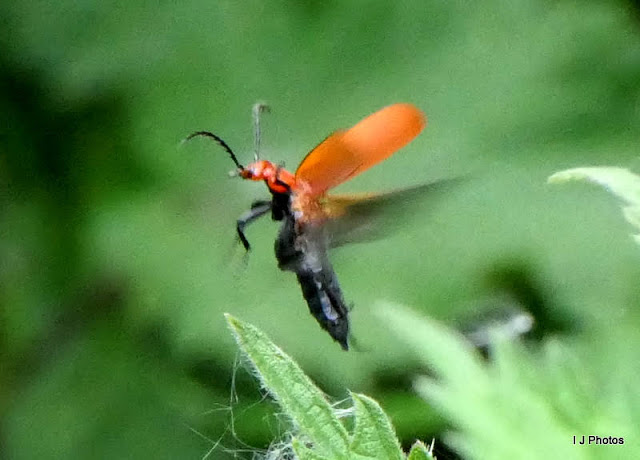 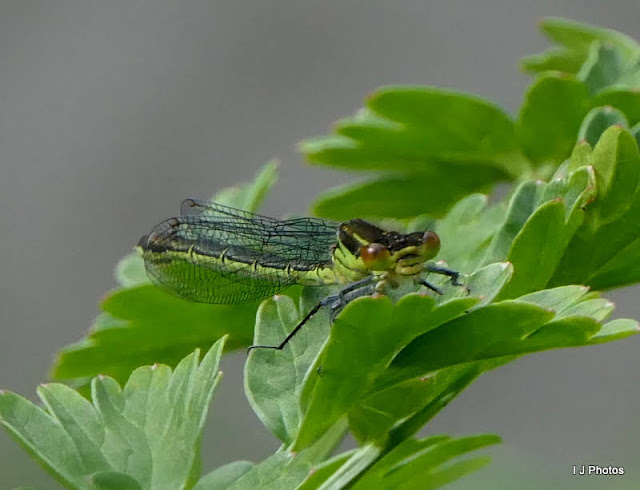