In amongst the carrot tops

After a lot of deliberation, head-scratching, swearing and drowning one's sorrows with a glass of Port, we finally came to the conclusion that paying for a taxi to take us to Nuneaton was the only option we had. A phone call last night secured the taxi for 9.30am.

This morning we had a strange text from son in law. Having told our daughter all about the problems we were having to which she related to Kev, he suddenly realised that he knew one of the men from Cox's. Seems they are both bikers! Anyway, he phoned his mate, explained our plight and long story short, told us to phone Cox's first thing to see what progress had been made. Well, whatever he said worked because after leaving a message, back came a call to say they would have the travel pack ready for collection after 2pm.

The taxi arrived on time and masks and hand gel was used for the whole journey. Paperwork all done and by 10.30 we were on the road to Sandiacre. By 11.30 am the generator had been placed in the hire car boot and, I might add, on an old towel 'just in case of petrol leakage'. Two empty petrol cans also stowed ready to fill at a garage and we were on our way back to FS.

On arrival at Trinity and walking along the pontoon, I did a double-take when I noticed what was in a box on the stern of one of the boats.  In fact, I wondered if this duck was real but the owner of the boat assured me she was. This duck decided that the box of sown carrots was the best place to make a nest. Eggs have been laid and, apparently, this was not the first time she has used this boat. Last year she did the same in a box on the bow and then 20 eggs were laid but only 2 hatched. Later in the day she left for a dip and feed and the eggs were revealed 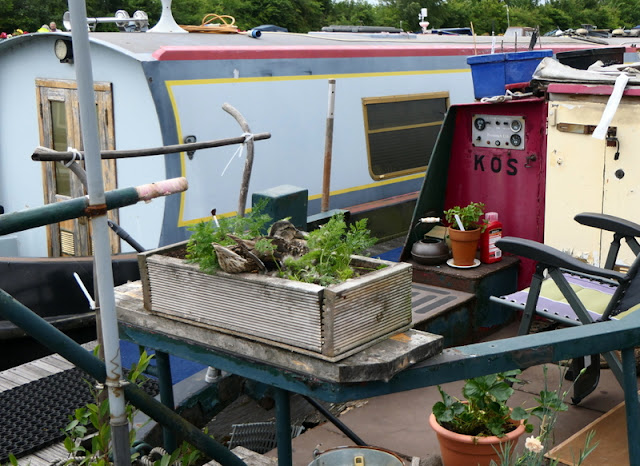 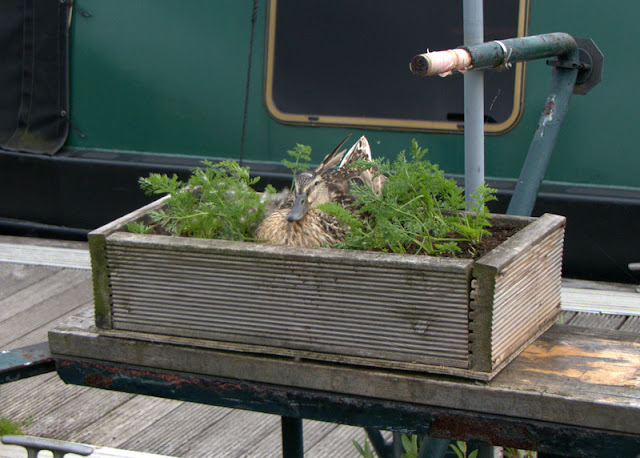 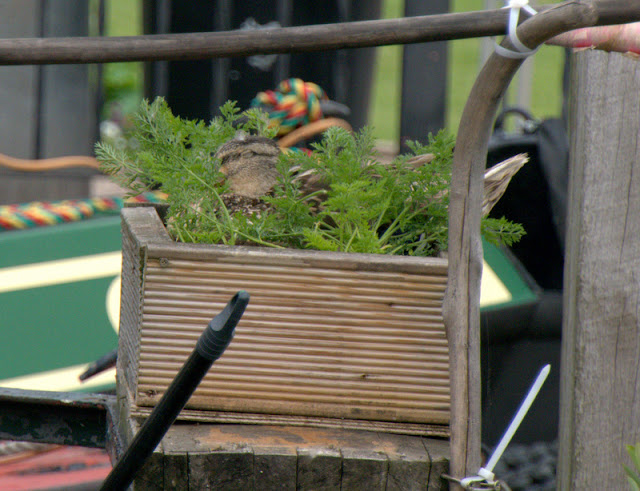 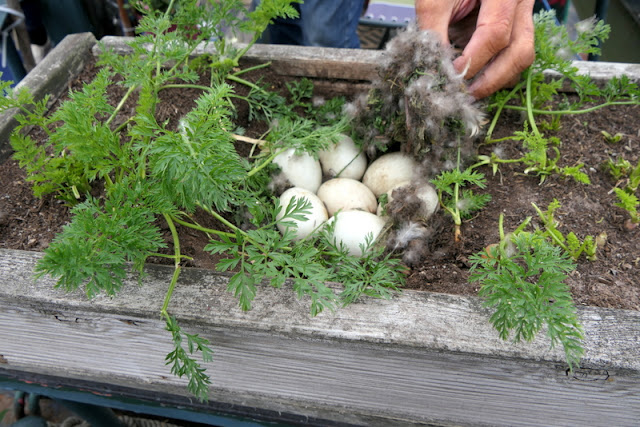 Got to Cox's after the time quoted and sure enough the pack was ready. New brushes had replaced the old although they still looked to be okay. The chap mentioned oil on the brushes, quite where that had come from was most baffling but this wouldn't have caused the problem. No, it was the electric part of the travel pack that was the problem. He reckoned a spike had blown the thing up taking out 3 of the 4 modules (these had been replaced back in 2017!) but even though he asked all the questions on loading, what we used it for, where was it situated, did we charge our mobile phones through it, well the list went on and on and every answer we gave baffled him more as to why the thing had packed up. A suggestion was made to see if the invertor could be the culprit so Ian is going to plug the computer into it (he has a program showing how the invertor is working) and check it out. 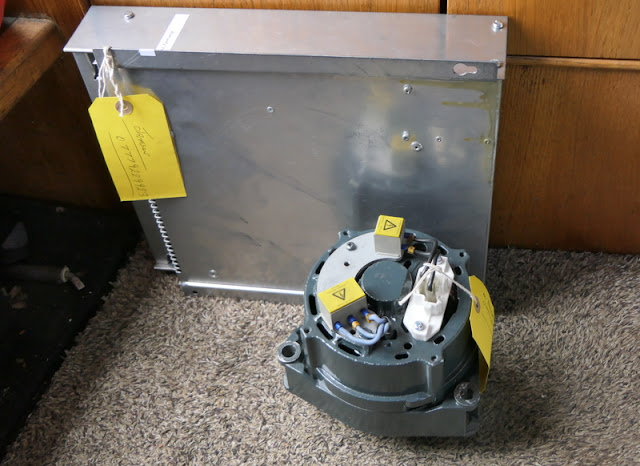 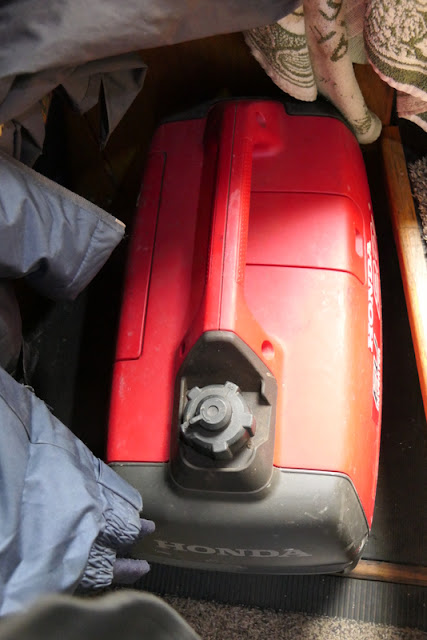 It's nice to think we can leave tomorrow. The wind has died down so getting out of Trinity should not be as difficult as getting in!


Posted by Ian and Irene Jameison at 6:45 pm

Hi Irene and Ian.
Well what a year you have had one way or another. So glad that this issue has been sorted out and you will be able to move again.
How amazing about Mrs duck. She clearly likes that boat and hopefully more eggs will hatch this time.
Happy and safe cruising.

Thanks Jo. Hopefully, the rest of this cruising year will be trouble free. Xx

This all goes to prove it's not what you know it's who you know and in your case Irene (& Ian) it's a good job you know your son-in-law (so it looks like your daughter married the right man too)!! 🤣🤣

Now can we have a few blog posts without any drama please? 😉😉

You know us Kevin, is there any a day that goes by without a drama. Seriously though, I'm hoping that once the pack is fitted all will be well. Xx