Good grief...nearly ran into a boat! And not news we wanted to hear!

Horrendously windy today and by far the most difficult conditions to leave any marina by! So with some trepidation, the ropes were untied and Ian eased us away from the pontoon. But for a change, the wind was in our favour and actually helped us out instead of hindered. 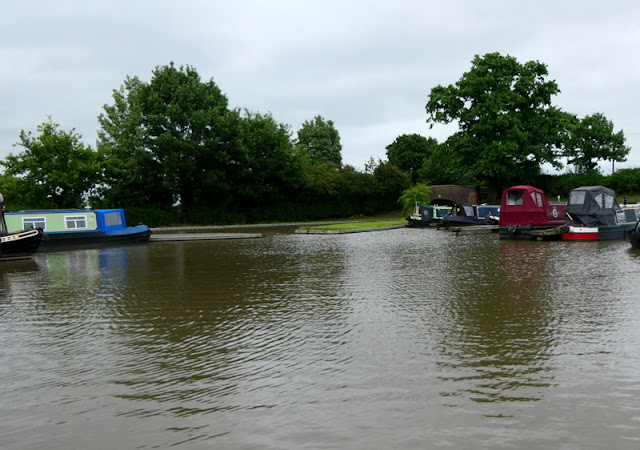 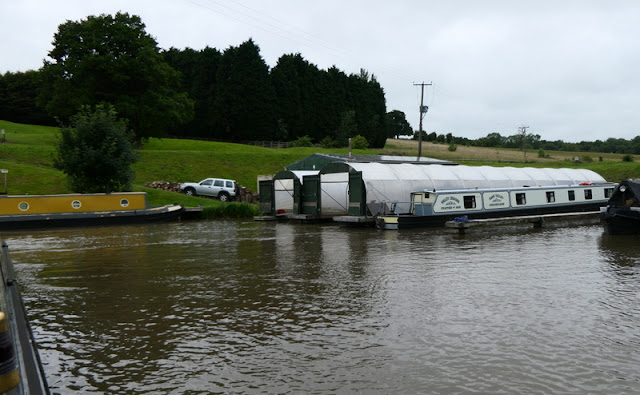 Back onto the Coventry and before bridge 24, I very nearly ran into a burnt-out and sunken cruiser! I steered around a right-hand bend and noticed a tree down on the right. So intent was I on missing that tree that I only noticed the cruiser on the towpath side at the last moment. Blimey, that tiller was pushed hard to the left and phew just missed it with the stern. That was one close call! 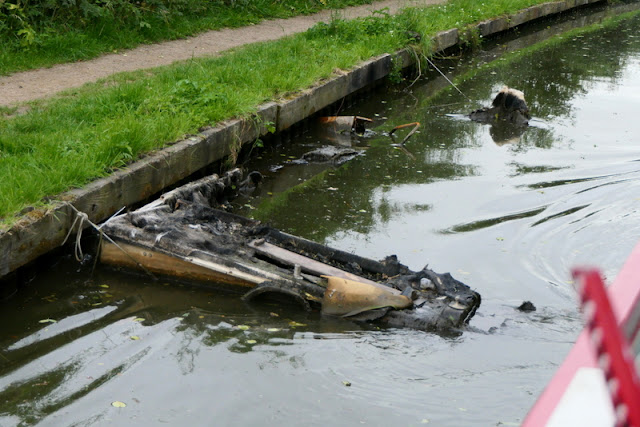 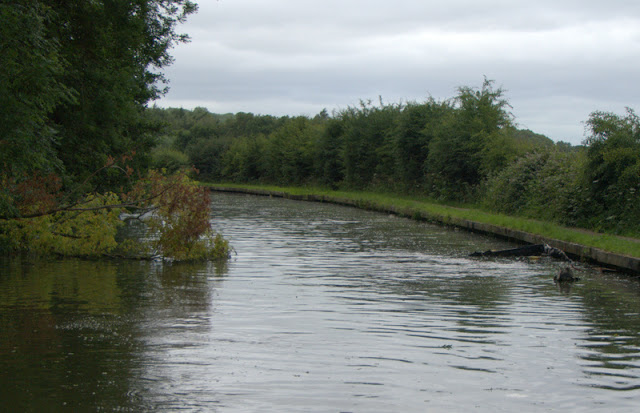 Sod's law said that the only boat we would meet on the Coventry would be by Boot wharf! Always chock-a-block with moored boats the channel here is considerably reduced in width. That wind and holding back to allow it to pass was no easy matter! Hmmm, I'm beginning to change my mind about bow-thrusters!

I fully appreciate that when a tree or large branch falls it will more often then not, block navigation. Normally C&RT are very quick on the uptake and the offending object is removed. So quite what has happened here is baffling! 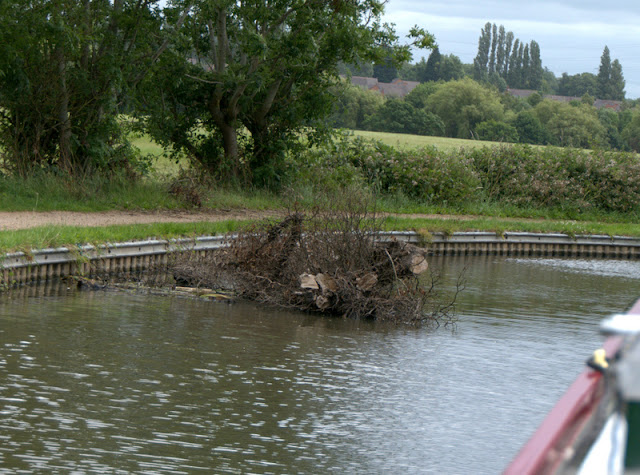 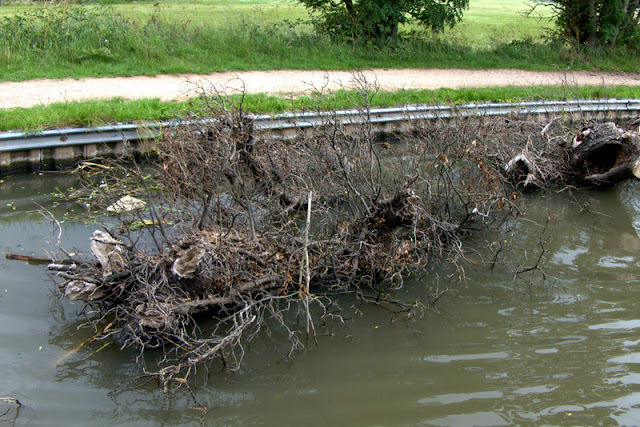 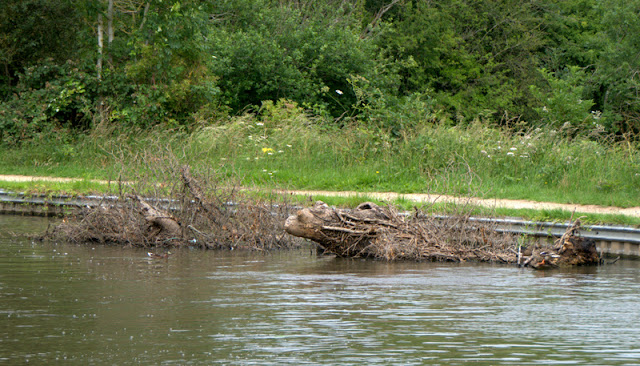 After nearly three hours we arrived at Marsdon Junction. Again would those gusts be a hindrance but no, blowing straight down from the Ashby it made the turn remarkably easy. 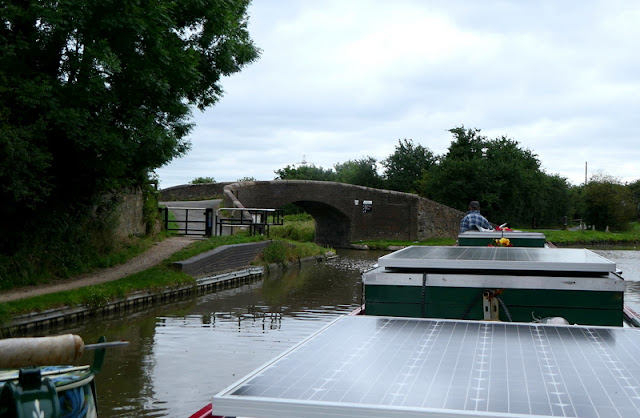 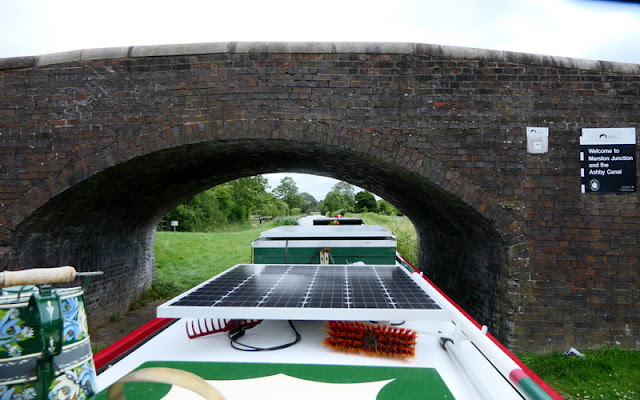 And then a boat we knew well. It was Al and Del on Derwent 6  So even in the blustery conditions and knew we would have to fight with FS to keep her stationary, we just had to stop for a natter. We probably bored them silly with our woo's but it was lovely to see them both looking so well and enjoying being out of lockdown. Hope to see you soon guys. 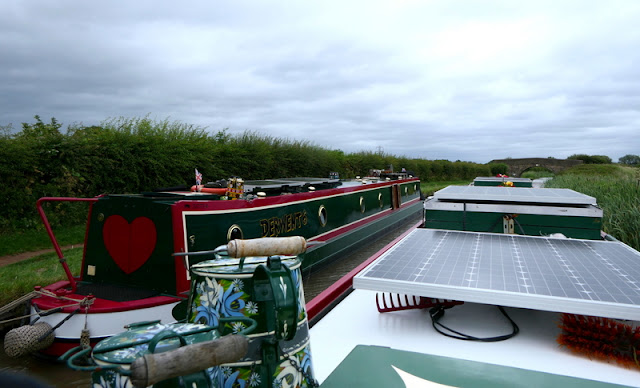 Pulled onto the service point so Ian could find out where we had to go. I was dreading taking FS in as the wind was blowing from left to right and trying to reverse into any pontoon mooring would be difficult. And so it proved when we found out which one it was. When you see that last photo of the windsock you will what I mean. Anyway, with help from one of the boaters, someone from the Trinity staff pool and with no end of trying to correct my aim for the gap (every time the stern was lined up the wind grabbed the front and pushed her to the right!) I eventually got her in. 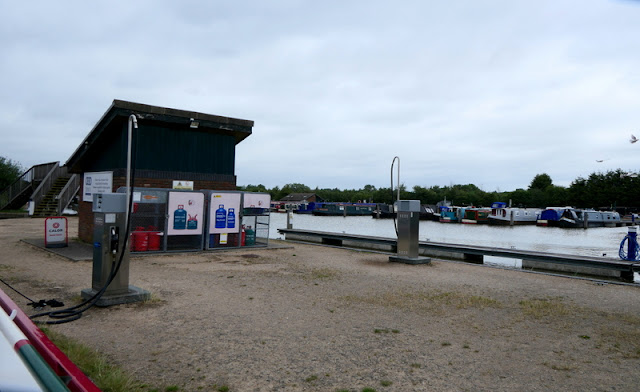 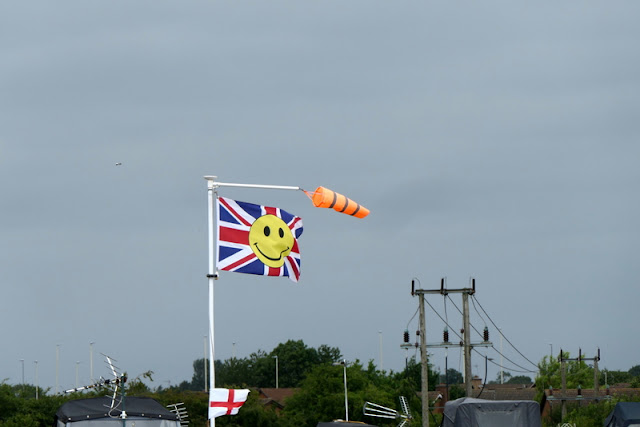 Now that we had arrived and sorted ourselves out Ian was straight on the phone to Cox's to see when the travel pack would be ready. I could see Ian was getting a bit irate and it turns out that no delivery had come to replace the damaged parts and worst of all the chap who told us he would be in today to sort it out was on his day off! "B***er it" said Ian, "We'll get that car from Enterprise and I'll go fetch our generator to keep us going." Hopes raised again only for them to be dashed by those at head office Enterprise. The reason we had come to Hinkley was that the hire firm was within walking distance but guess what....they were shut!!! So not only do we not have our travel pack, but we also don't have a generator and at £15 a night here at Trinity, it's going to be a very expensive wait time ahead! So we are now in the process of trying to find alternative transport. As for Cox's, Have they been leading us up the garden path? Had they had any intention of getting us mobile again in the near future? No recommendation will now come from us and we won't be using them again!!! 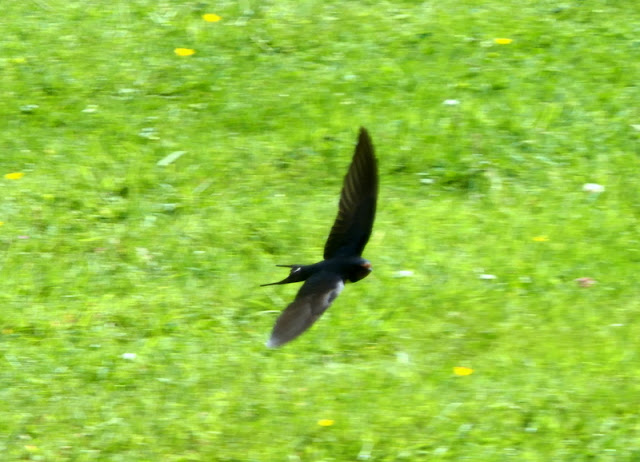 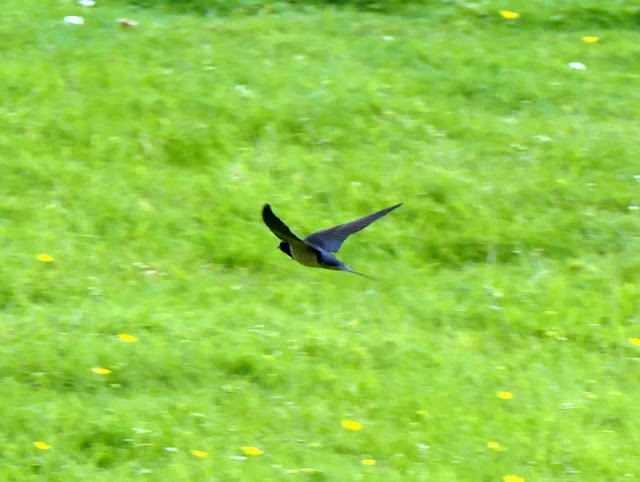 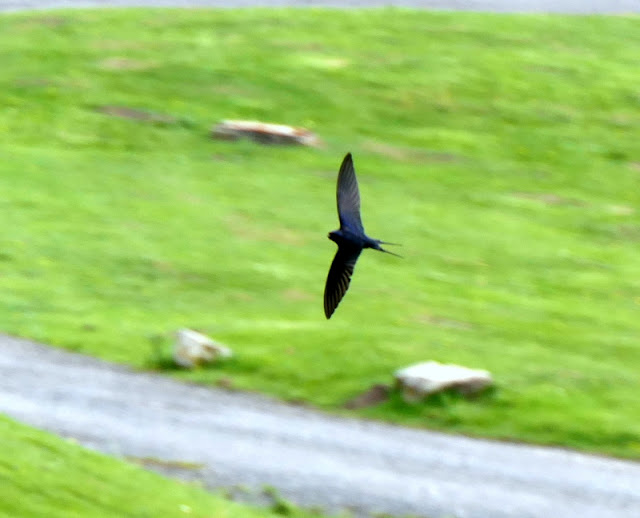 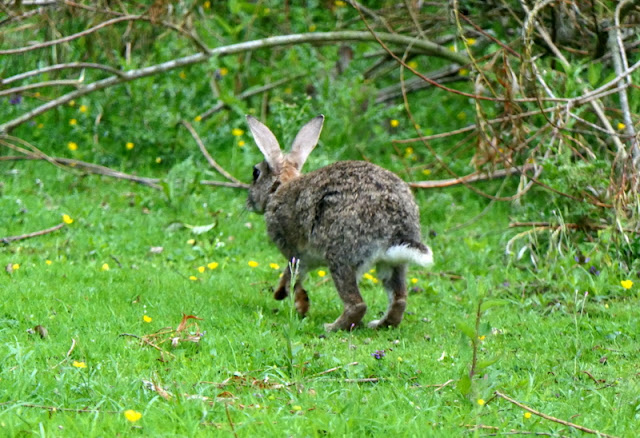 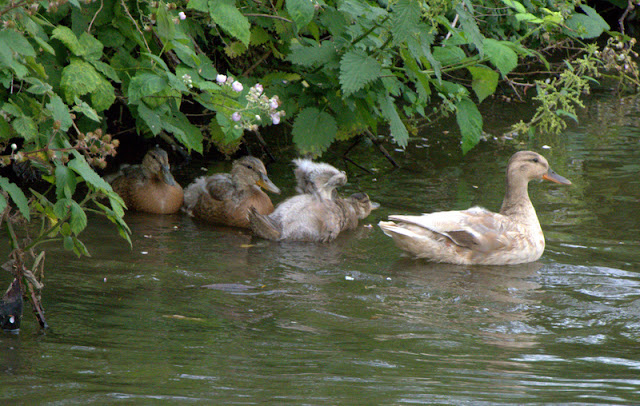 Posted by Ian and Irene Jameison at 3:52 pm

Hmm, at £15 a night plus a car hire fee, I reckon the difference in price between fixing that thing and buying a new one will be diminishing rapidly ...

Enterprise were very good with us last week. We had booked on line with their Congleton branch and at the end of the booking process a message came up on the screen saying to ring up and check the booking due to the virus and some branches being closed. Well, the Congleton branch was closed so the booking got transfered to Macclesfield. I said that we couldn't get to Macclesfield to pick the car up so they dropped a car off for us at Bridge 61 where the A54 crosses the canal. At the end of the hire I dropped the car off at Macclesfield and Enterprise paid for a taxi for me back to the boat.

Sorry to hear of your electrical problems. However I must say it seems like a complicated arrangement to charge the 24v batteries with lots of (expensive) potential failure points (travel pack alternator, travel pack electronics, inverter/charger). We just have a 24v alternator (as well as a 12v for the starter) on our engine. Seems to work well.

Hi Mick, We did ask for a car to be dropped off but the Nuneaton branch said they couldn't do it. All the electronic equipment was already installed on the boat when we bought her and for 12 years all worked well. It's only the last few years that the trouble started. Ian had thought of changing but the cost doesn't bear thinking about although if we continue to have the same problems we may have to bite the bullet.

Ah but Marilyn the cost of a new one is in the thousands! All is well now as the pack is back but has yet to be fitted. A number of checks on the invertor will be done first. Xx