Would you get the same kind of service in the UK?

Massive disappointment last night. An email was sent to Ian from New Zealand River Jets cancelling our booking. All because we were the only two booked on the 10am scenic blast, a 50-minute thrill ride along the Waikato River. But all was not lost as an alternative was offered, upgrade to the Orakei Korako Geo-Thermal Park Safari at no extra cost. The only trouble with that, we did it yesterday! But even so, instead of a 50-minute trip, we would be out for 2.5 hours, dropped off at Orakei Korako where we could have lunch for an hour while the rest of the trippers on board went for 'The Squeeze,' a swim in a hot thermal pool by a waterfall, before high speed zigzagging from one side of the river to the other and numerous 360 deg turns in between. The weather was pretty good so having a relaxing lunch at the thermal park just watching the world go by appealed no end. By 11am we were suitably kitted up in waterproof gear and we were speeding on our way. 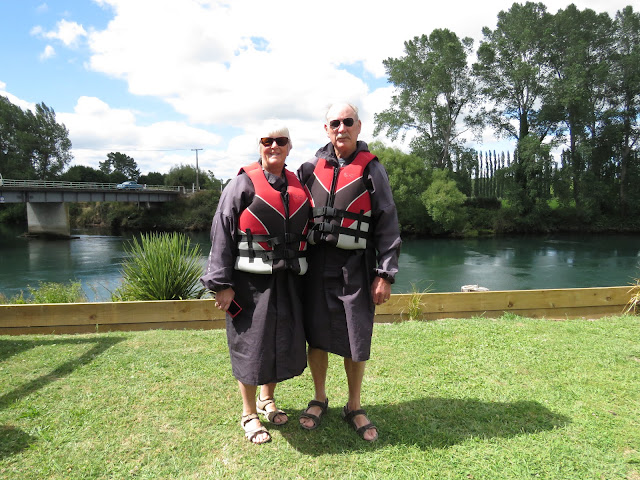 So some photos I took from my waterproof camera and the others were from the River Jet crew. We were told the photos and video would be an extra $75, rather a lot we felt but, and here we again came good,  as we had been messed about with the cancellation the photos were offered to us for $20 and the video was thrown in for free. Now that is what I call great customer service! 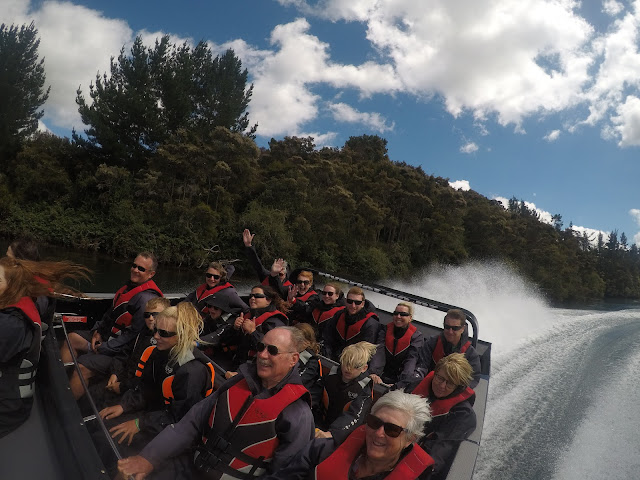 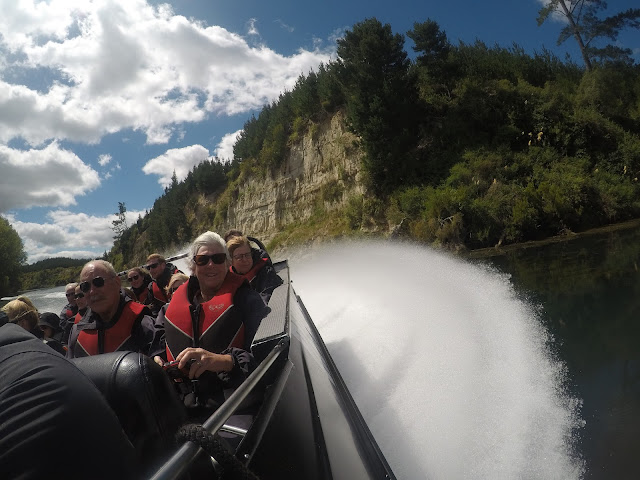 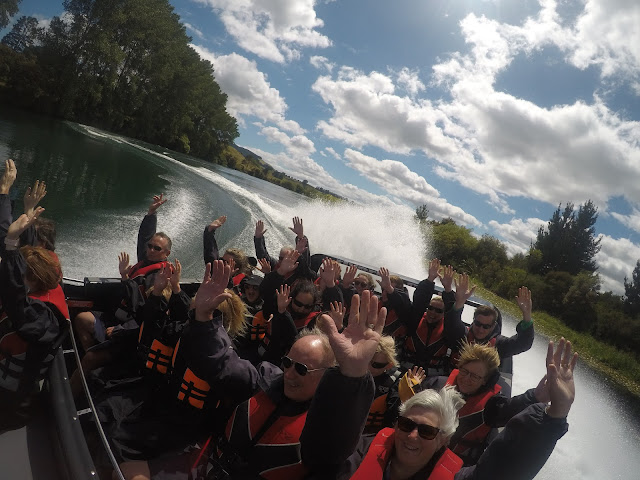 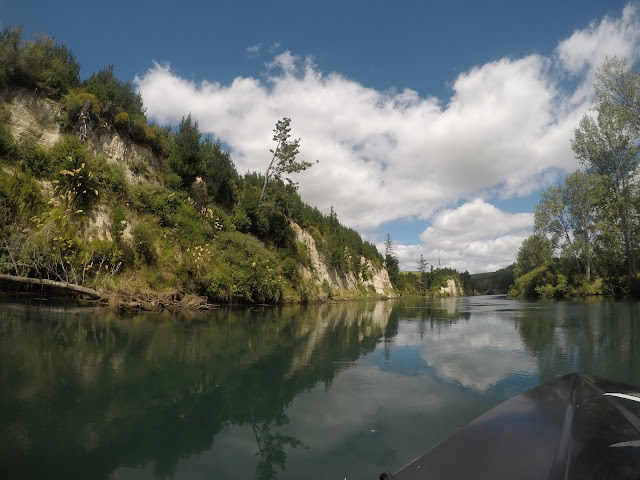 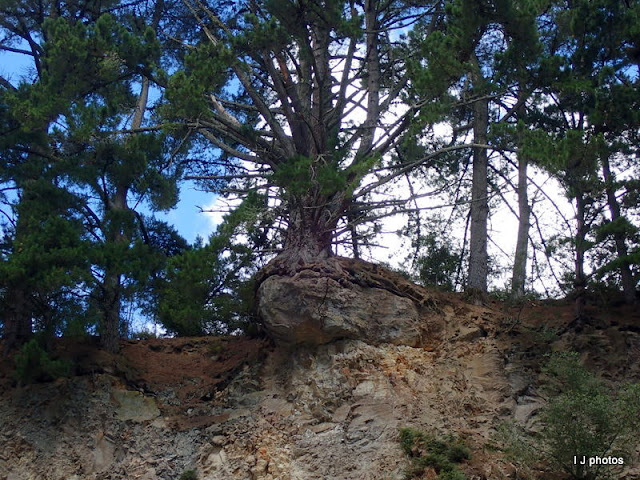 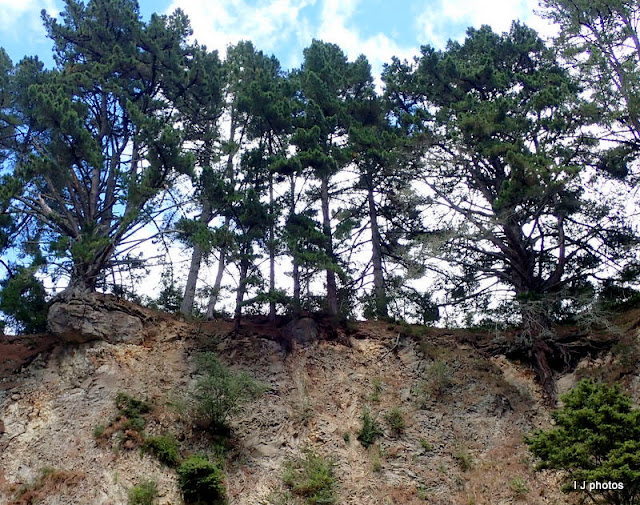 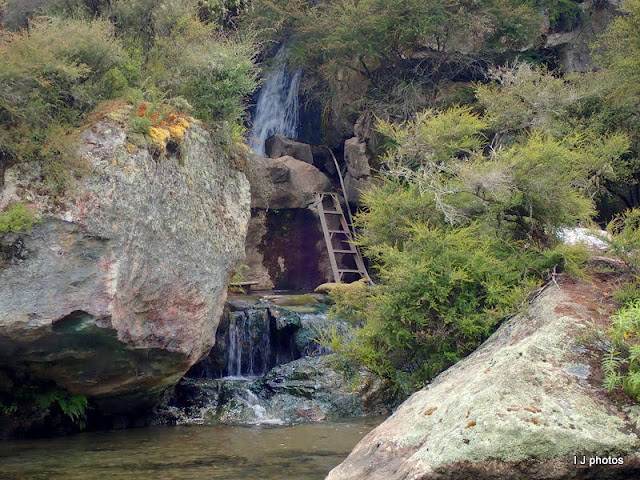 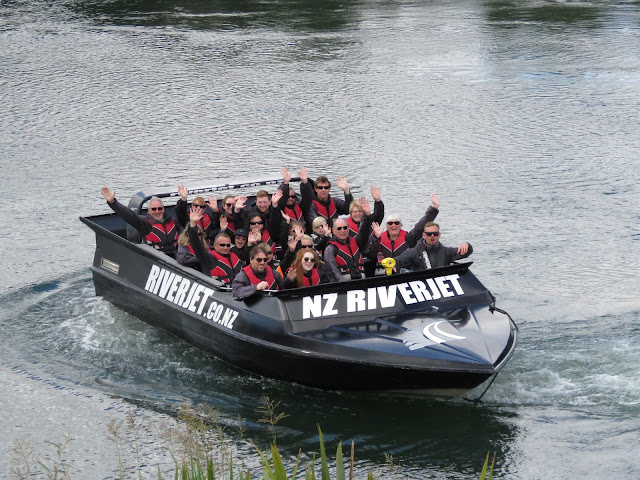 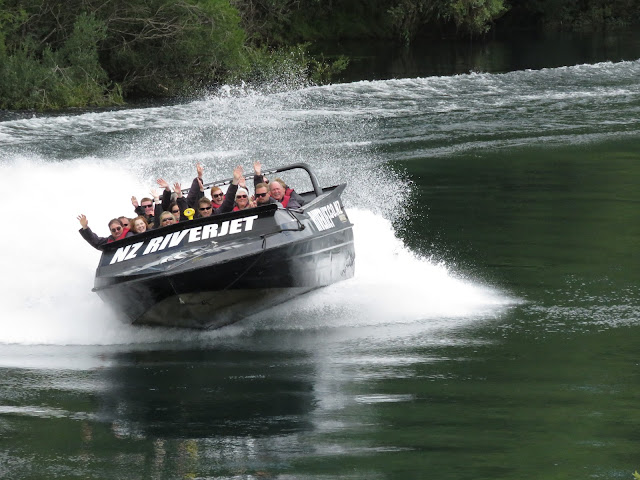 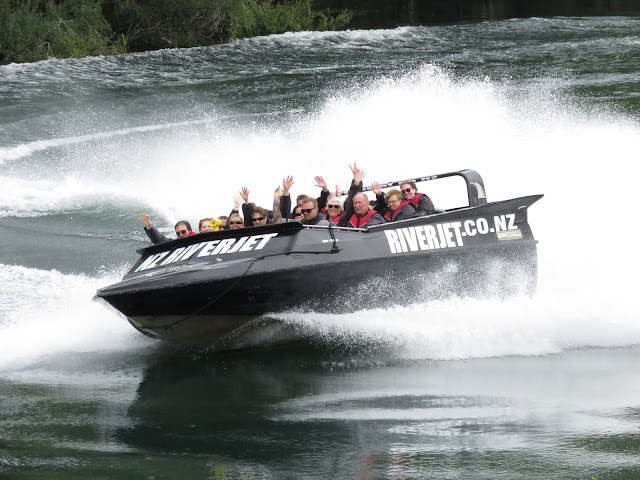 We have reached the Tongariro National Park where Mt Doom, aka active volcano Ngauruhoe, can be seen from our DOC camping ground. For a fee of $15 each for the night, we get a 'long drop' loo, water which must be boiled to be drinkable and a lovely peaceful setting in the forest. 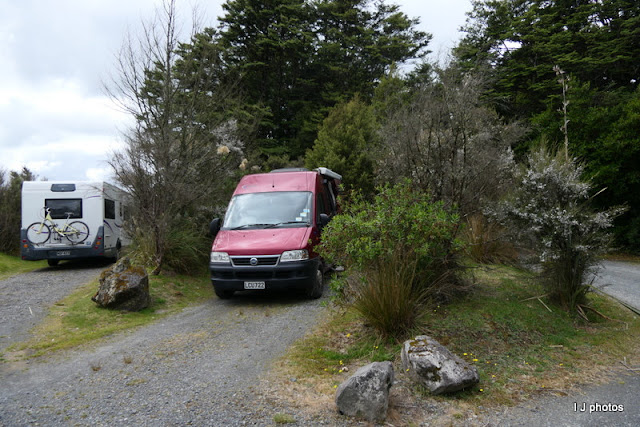 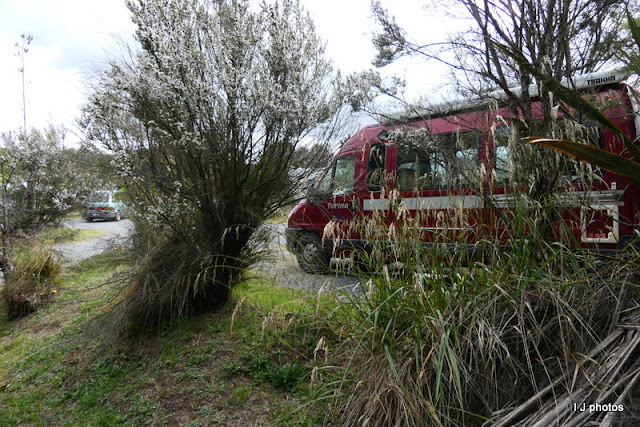 And seen at the Thermal Park 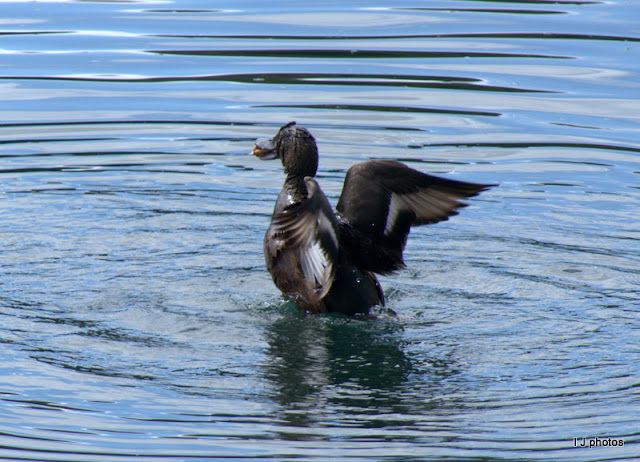 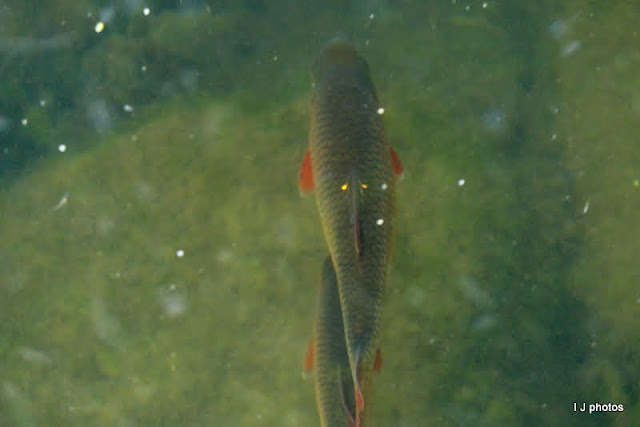 Posted by Ian and Irene Jameison at 6:41 pm

You are certainly having exciting times!
We had hoped that we would be passing by each other today, you coming one way, and us traveling to Taupo, and could maybe stop and have a chat. That didnt hapoen, but never mind. Did you receive my tests yesterday?
Enjoy the rest of your adventures, we are at Tauop, moving on to Napier.
Robin and Jenny
Romany Rambler

Sorry to have missed you, Jenny. No internet yesterday so didn't get your message. Safe journey to wherever you end up. All the best Irene and Ian.Xx