Okay, so I got it wrong. Mt Doom was Ngauuhue and the mountain we were on was Ruapehu. I found that out when we visited the Chateau in Whakapapa and took the cable car up to the top. A very nice chap told me which of the three volcanic mountains it was. And he imparted another snippet of information, the cable car was 1.4 km long and the longest in New Zealand. Of course, we had to go on it, up to the highest restaurant in the Southern Hemisphere to admire the views and go for a walk. Well I didn't, Ian went for the walk. It was the snow covering the route that put me off. Never one to be very sure on one's feet I had visions of me sliding down the slope. Ian went off alone while I sat and watched, hoping that he didn't slip (I did have a camera at the ready just in case) Anyway we spent a very pleasant couple of hours before descending back to the warmth. Yep, it was bl**dy freezing at 2025 m above sea level. I felt positively faint through lack of Oxygen. 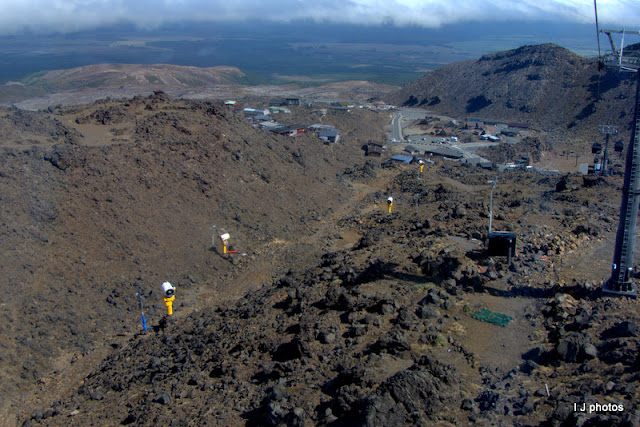 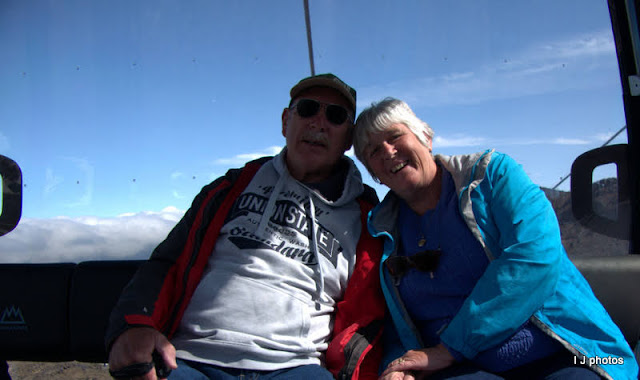 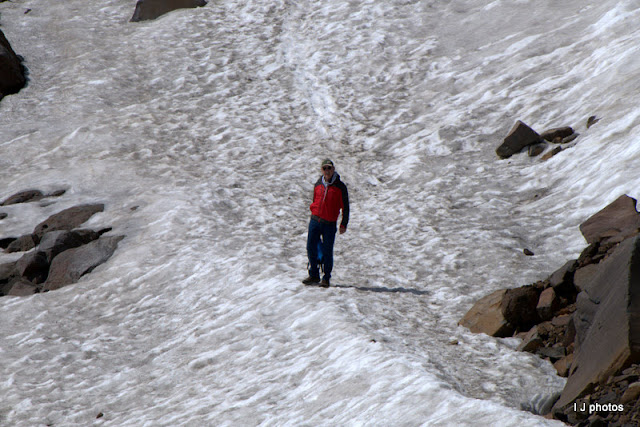 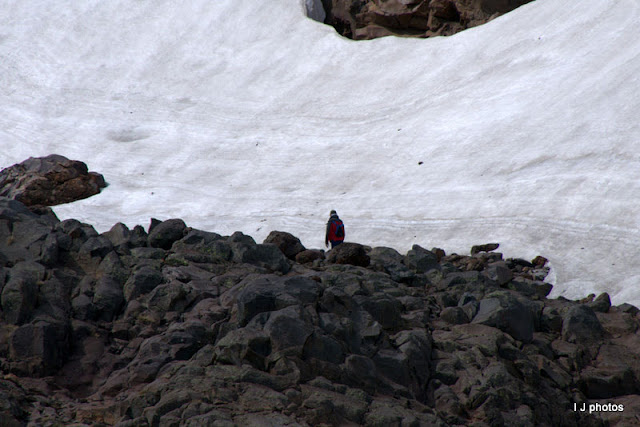 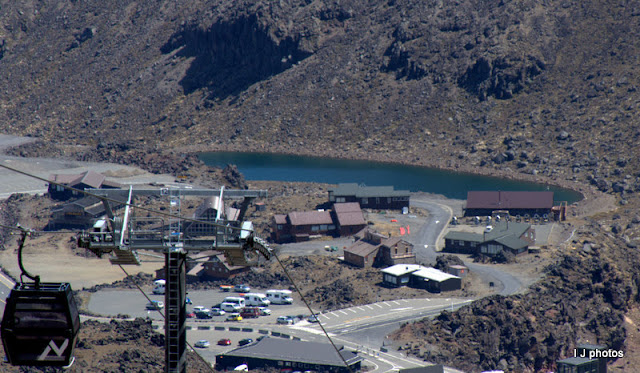 Another waterfall beckoned. Taranaki, a mere 3 km hike (or tramping as the NZ’ders call it) which would take roughly an hour. Ha..3km in an hour! don't make us laugh. We should do it in about 45 minutes but oh...up dale, down dale, those blooming steps nearly killed me off. So yes it took an hour but was it worth it? Well, we came to some falls and both looked at each other in dismay. Was that it? All that way for a trickle? 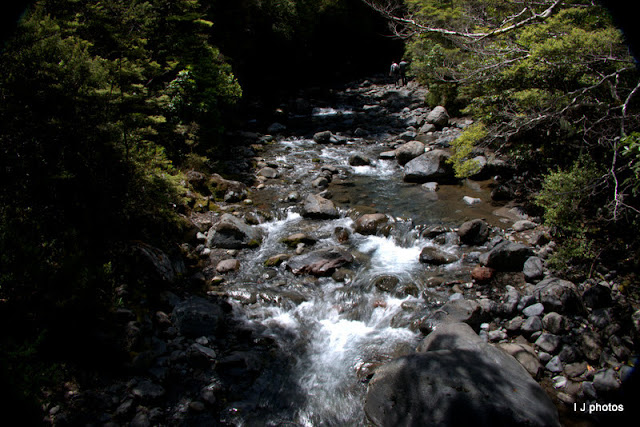 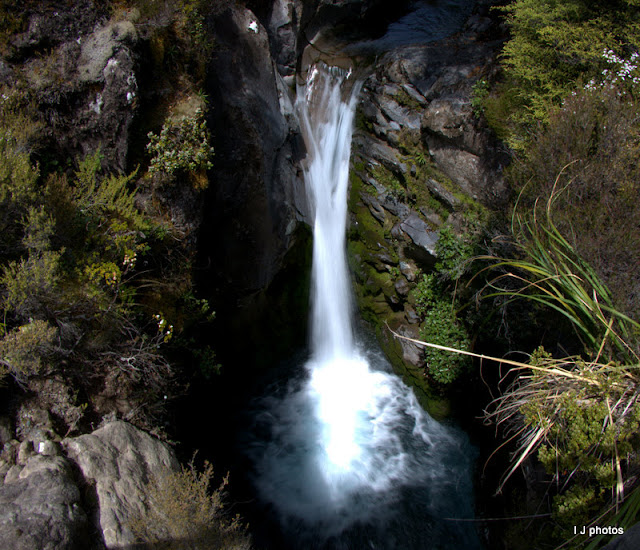 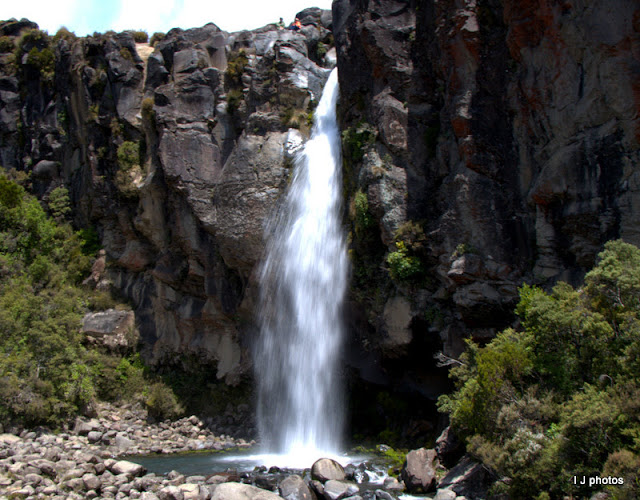 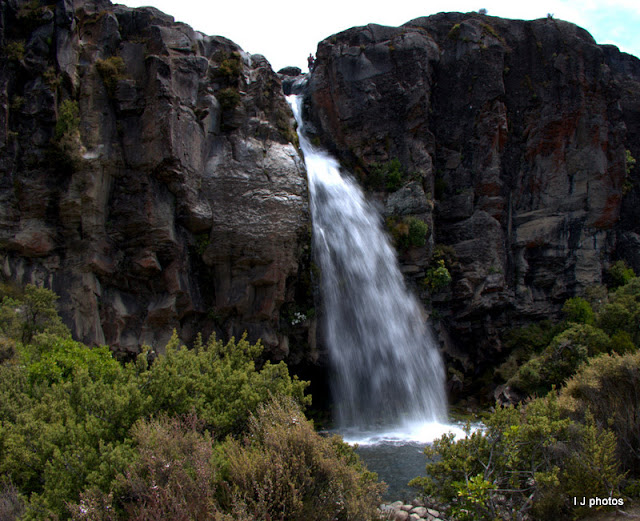 
With a suggestion made by Marilyn (Waka Huia) to do the Forgotten Highway to Stratford we set off for Tauranrunui and the start of the Highway. We had hoped to find a site there but was not to be. In the end, we travelled 20k along the highway to another DOC site, Ohinepane. This time the fee was only $8 dollars pp and had an honesty box to put the cash in. The Department of Conservation do a great job in maintaining the campgrounds and although the loos are basic, they are clean and well looked after, well worth the money in our opinion.
Posted by Ian and Irene Jameison at 9:14 pm