I just despair at hirers sometimes.

Gosh we were lucky last night. The sky had been getting darker and darker, BBQ was still underway, most of the meat was cooked then the rain started to fall. It only lasted for a minute and wasn't heavy enough to stop us eating outside. We breathed a sigh of relieve when it stopped, had our meal and just about finished our cheese cake for pud when the heavens opened big time. Quick scramble to get everything inside and batten down the hatches. And boy did it rain. Lasted well into the night and the wee hours of the morning. I know that 'cause it woke me up at 1am. 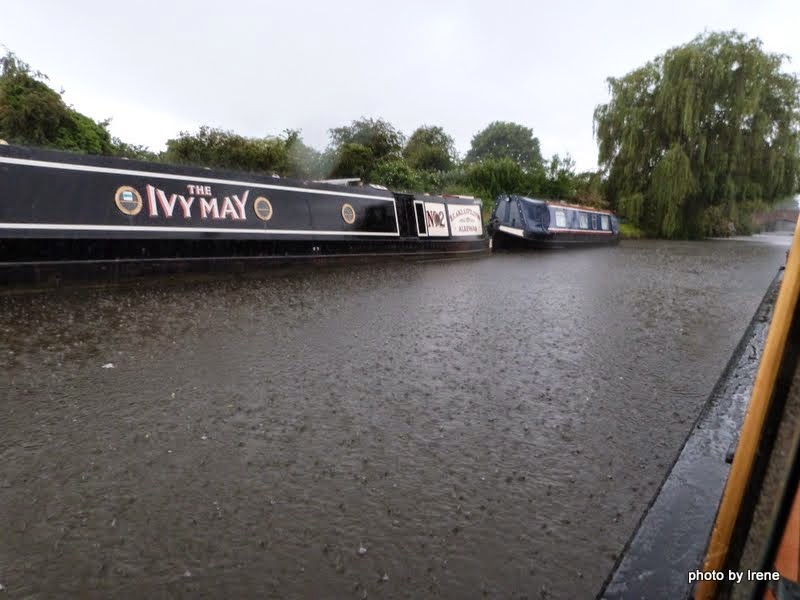 Before we set off this morning we pulled onto the water point to top up the tanks. 30 minutes later we were on our way and unbeknown to us 5 boats moored through the bridge 'ole and round the corner also had the same idea. So the lock queue was horrendous. Didn't help matters that we had the slowest boat imaginable in the queue and he would insist on doing it himself and raising the paddle a bit at a time. I had to stay out by the winding hole because there was no room on the landing and when I did manage to get tied to a bollard, a Canaltime hire boat came storming round the corner and headed straight for the lock. I shouted to him that we were all waiting and I heard one of the ladies say "well that's rude they wont let us share! He finally got the message when I pointed out that these were single locks and not doubles. I mean.....come on........ they had already done singles ever since they left Stenson so quite what they were thinking was beyond me.


I was a bit worried that all the moorings would be taken by the time we arrived at Fradley but we were so lucky to find a big enough space for both boats nearly at the end of the moorings. We had planned to visit the Swan tonight but it's teeming down and unless it stops we will probably give it a miss. 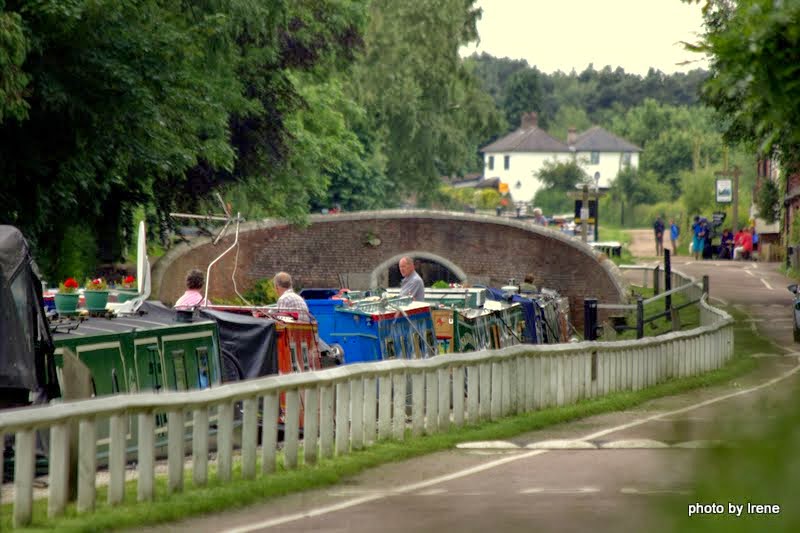 Posted by Ian and Irene Jameison at 6:39 pm