Crikey the dog's turned brown! Oh and a name for baby at last.

We left for Shugborough late morning although we very nearly stayed at Rugely. Having taken ourselves for another walk around the town we were told of a WW1 parade at the park tomorrow. We mentioned it to Dennis and Margaret on our return and, over a cup of tea and cream scone (thank you Margaret), we had a bit of a discussion about whether we should stay. Although we would loved to  watch the parade, the weather for this region was one of Thunderstorms and heavy showers. The parade may have been a wash out so we decided that Great Haywood and the moorings by Shugborough Hall would do very nicely to sit out the coming storm. 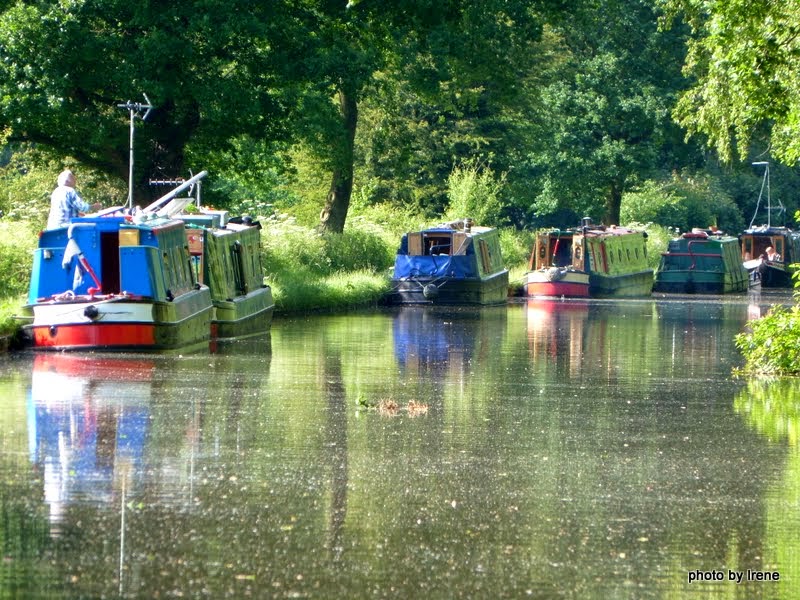 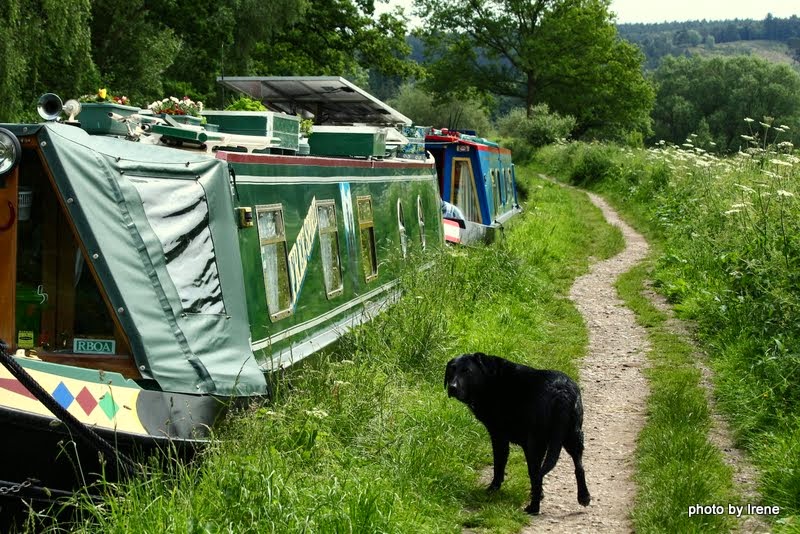 Not many boats had moored by the time we arrived but not wanting to go to near to the bridge and lock we stopped toward the back of the moorings. This turned out to be a great place 'cause directly opposite was a hole in the tree being used by a nesting bird. And not only that but it appears to be the preferred place for a Kingfisher to check out the fish. 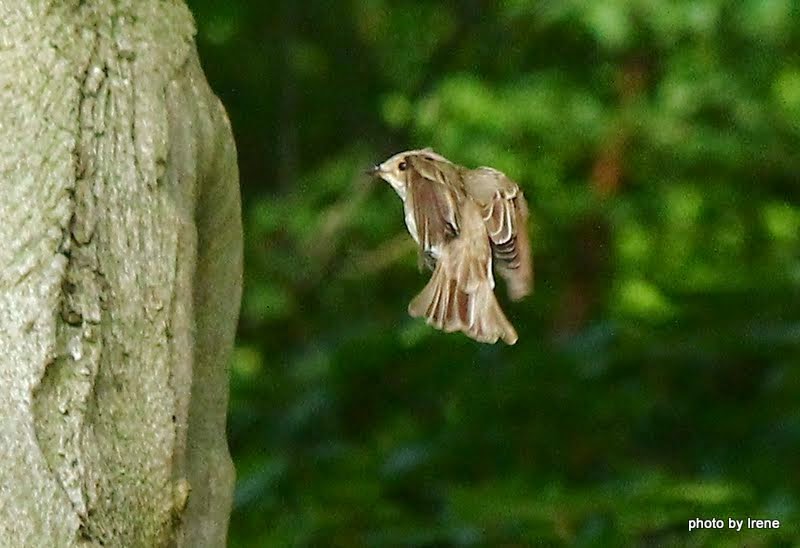 It was so hot today and Jade really struggled in this heat, and it's no wonder with her thick black coat.  So I took her to the river for a refreshing dip. 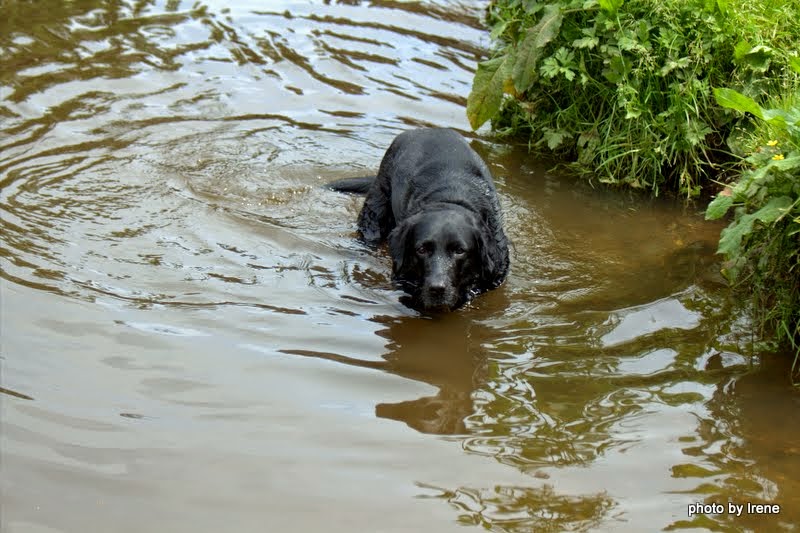 She really loved it and after taking her for a short walk past the hall gardens, we crossed the bridge again to make our way back to FS. Thats when she decided another dip was in order. Trouble was we were now on the other side of the river and instead of a nice sandy bank it was a mass of thick mud! She bounded in and promptly disappeared up to her chest. OMG!!!!!! She was stuck and I had no idea how I was going to get her out. I had visions of me trying to wade in after her but with my weight I probably would have gone in deeper. I must give her credit though, she somehow managed to lift her front leg and twist toward me. By doing that her other leg followed. I then managed to get hold of her collar and with me gently encouraging her to come to me, she came free from the glutenous mud. I was so relieved and thankful to have her back on firm ground that it didn't register how filthy she was. So it was back across the bridge to get her in the river and wash off all that gluppy mud. 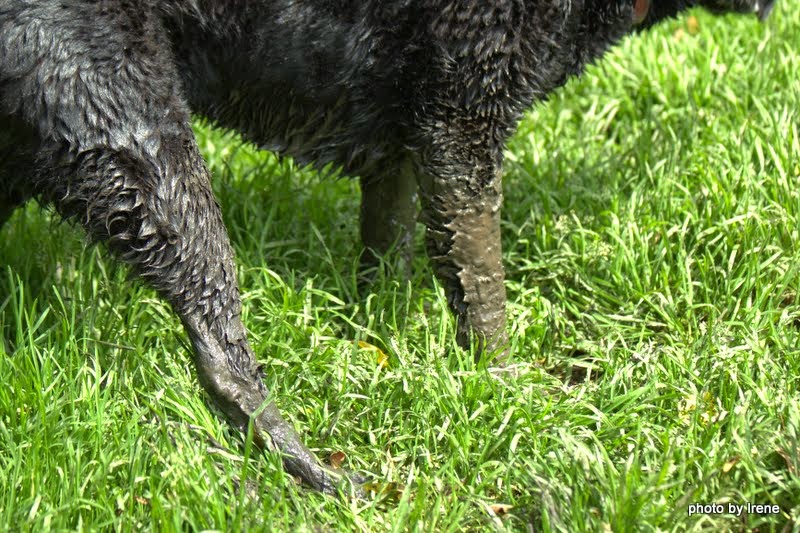 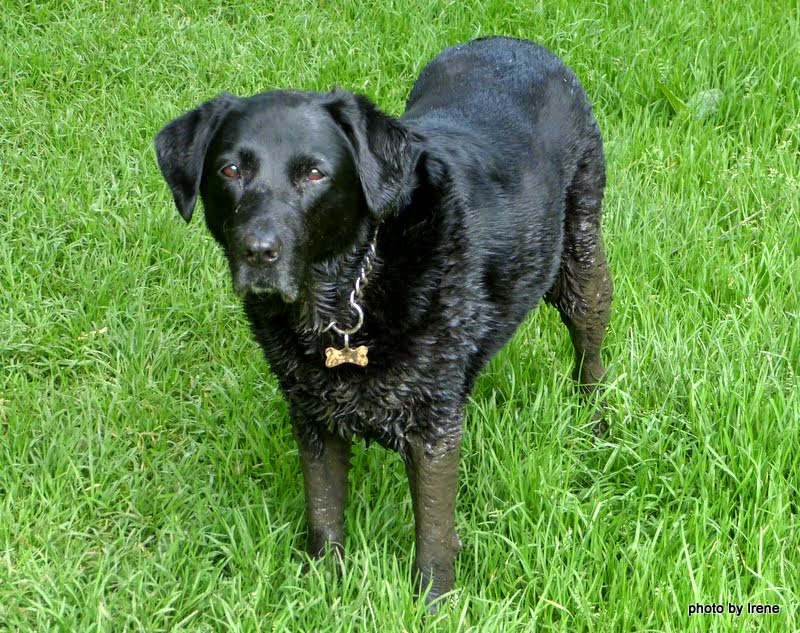 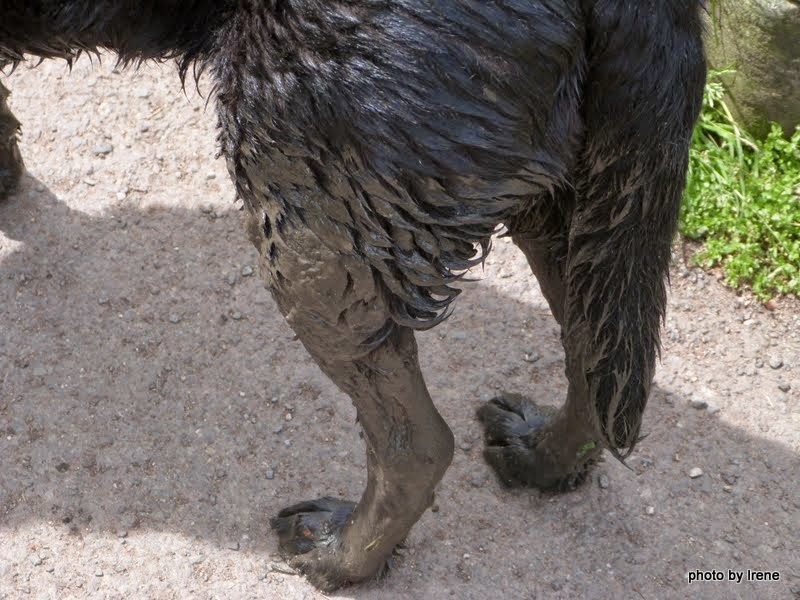 Having returned to FS. dried her off, related the story to Ian,Dennis and Margaret (who incidentally found it highly amusing) I gave her a painkiller just in case the struggle to free herself did some damage to her hocks and settled down to a spot of fishing. Another good catch of a Perch. This time bigger then yesterdays. At this rate by the end of our stay here I should catch a monster! 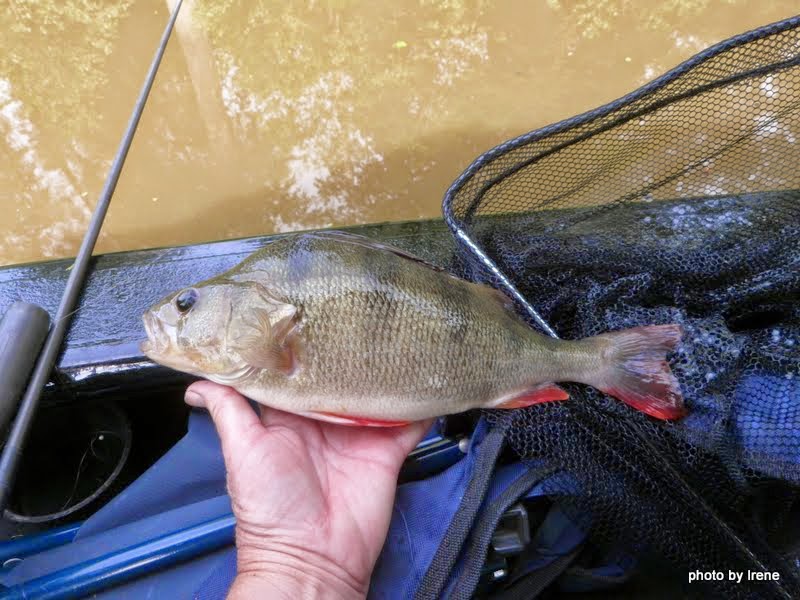 And now for baby's name. After two weeks of pondering, rejecting numerous names, making a short list, Christine and Kev (helped by Josh)  finally gave him a name. Welcome the newest addition to the Burchnall family...... Thomas Jacob. (-: Fabulous name for our Grandson. No doubt he will now be forever known as TJ.
Posted by Ian and Irene Jameison at 8:00 pm

I saw a wildlife photographer on the tv talking about kingfishers, and he said they can't resist a new perch, so he used to provide something for them to perch on, and they'd nearly always try it out -- so he could get a photo. Worth a try?