After making a decision this morning to return to Birmingham, ( we need to be near  New Street Station so hospital appointments can be got to ) I packed up my fishing gear ( not that I minded as I hadn't even had a nibble ) pulled pins and got going. In a way staying on this mooring wasn't an option as contractors arrived to dig up the towpath and lay blue water pipe to some cottages in the village. A right mess they made of the ground not helped, no doubt, by the amount of rain that fell last night. Taking Jade out was a nightmare as her feet as well as our shoes accumulated that much clay and mud that we felt we were going up in the world. Jade kept chewing her nails desperately  trying to get rid of the stuff. Only scrubbing her feet and our boots got rid of the cloying mess 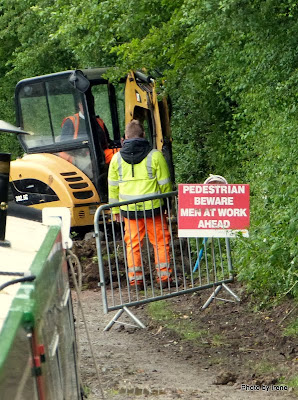 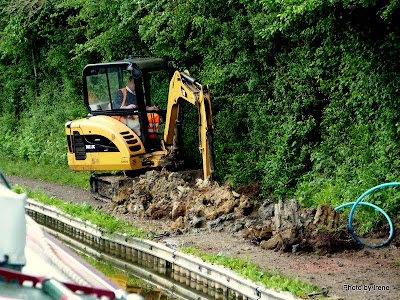 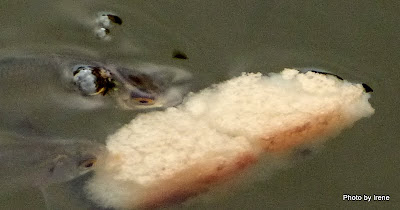 First lock we came to was Bearley  lock. Both of us noticed the bottom gate opening and and then closing again. Quite baffling until we got level to the landing and was greeted by, you'll never guess who, a.............. lengthsman. I can almost hear a gasp of surprise from one and all but this lengthsman was walking a section from Wooten to Wilmcote checking boat licenses. He told us we may as well put the kettle on as we were going nowhere fast! The boat in the lock Nb Belmont had been trying for ages to close the gate. An Anglo Welsh boat turned up at the top and the hirer had also tried in vain to close the gate. In the end the lengthsman phoned BW who assured everyone that they would be there in 15 minutes. Sure enough they appeared on the scene complete with a keb and after climbing down onto Belmont proceeded to fish around to see what they could find. And what did they find........... a windlass!!! Very bent and buckled but it was the culprit that had somehow caught on the bottom of the cill stopping the gate from closing. Within 5 minutes Nb Belmont was on the way up having successfully closed the bottom gate. Mr BW hung around to make sure the Anglo Welsh boat descended okay and then helped us to ascend without any more drama. 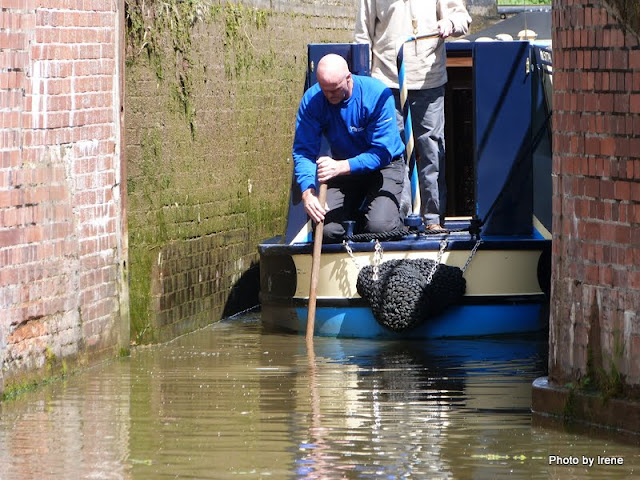 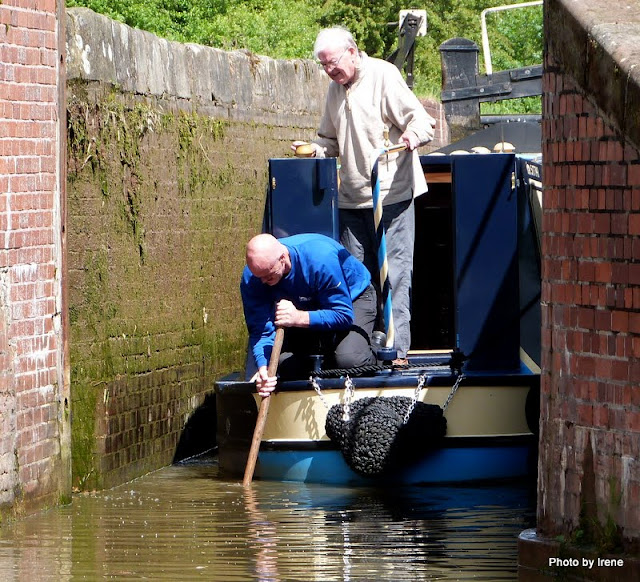 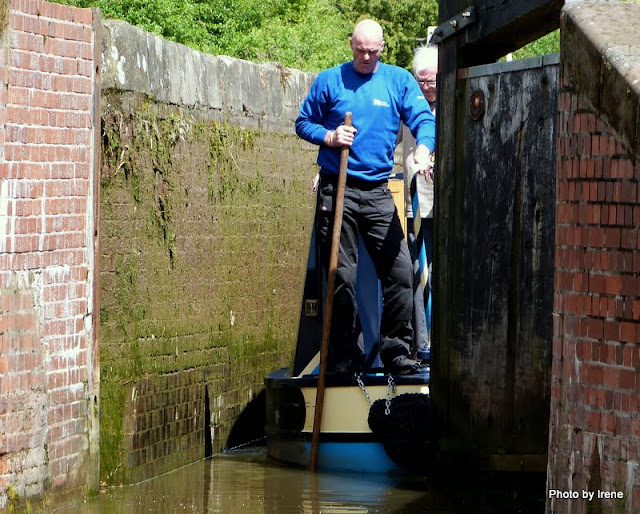 With the sun shinning and us again on our way I was chatting away to Ian when out of the corner of my eye I suddenly saw something brown camouflaged by the shrubs. Grabbing my camera and pointing it in the general direction I hoped that whatever it was would be captured on film. And it was. This is what I photographed,

And another one of those ahh moments. 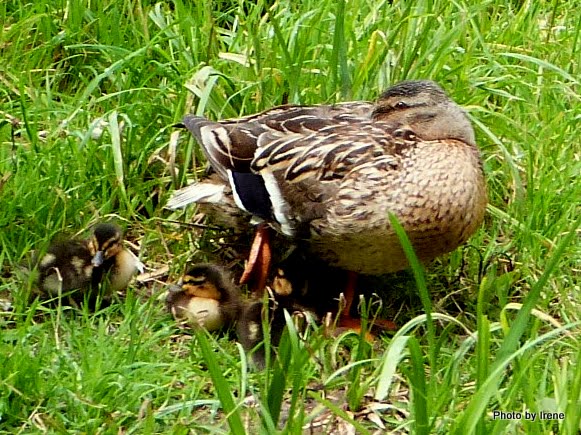 Our stop tonight is just beyond Anglo Welsh yard at Wooten Wawen. On our way through last week we happened to ask how much they charged for the diesel. 95p is a bit more then we would like to pay but as we have no idea how long we will be staying in Birmingham we thought it best to take on fuel now rather then leave it till we get to low.

Posted by Ian and Irene Jameison at 8:20 pm