Anyone in need of a mangled quilt cover?

The day would have been uneventful had it not been for us going into panic mode when we careered out of control, hitting the bank with some force and rattling all our pots and pans. I suppose I should really start from the beginning. The day was like any other day, me walking the dog to the next bridge and Ian getting us underway. Had to endure a wet few hours with drizzle falling constantly but it wasn't torrential rain which was a bonus. All the lift bridges operated okay, even the key operated bridge only held up one car, this time. instead of numbers a few weeks ago. Then going through the final lift bridge, which is permanently open, I noticed the tiller getting very heavy. We developed a tiller wobble so as usual when we get movement on the tiller we put the boat hard into reverse. Thats when all the problems started. Suddenly I lost drive, completely. I shoved the throttle forward and again nothing happened. Thats when we hit the bank. Thankfully it was towpath side so Ian took a leap of faith as we got near to the side, grabbing the center rope as he did so and with him running down the towpath hanging on for dear life managed eventually to slow the boat enough so I could get off with the stern rope. With both of us pulling hard the boat finally came to a stop. If anyone had been watching they would by now have been laughing their socks off. To see Ian slipping and sliding on the wet ground while frantically trying to stop the boat was like a scene from Laural and Hardy. After Ian got kitted up with rubber gloves and going head first down the weed hatch, he pulled out  what we first thought was a dress until the fabric just kept coming and we suddenly realised it was actually a bed quilt. Once the prop was clear of rubbish, engine was restarted and we again got underway this time with a lovely responsive boat. 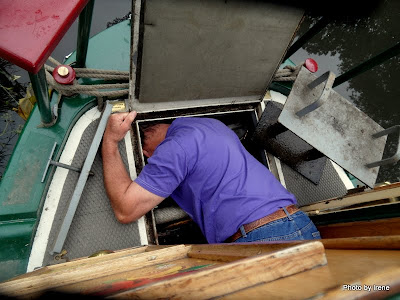 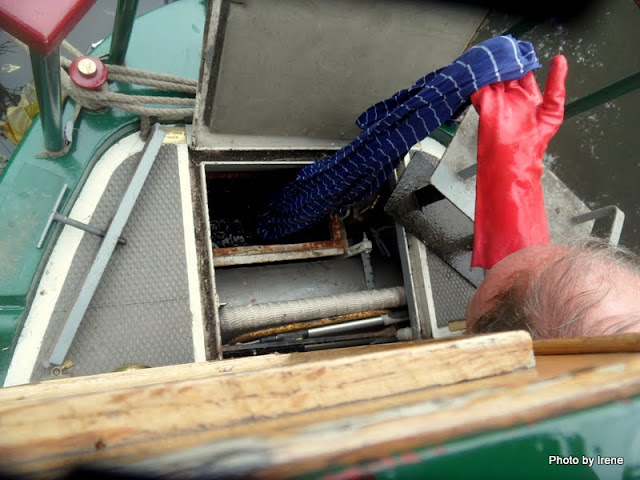 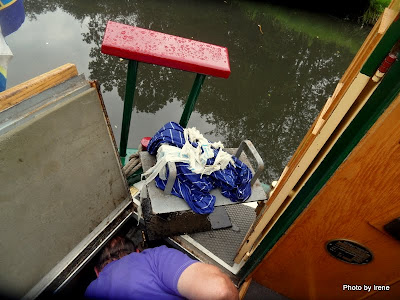 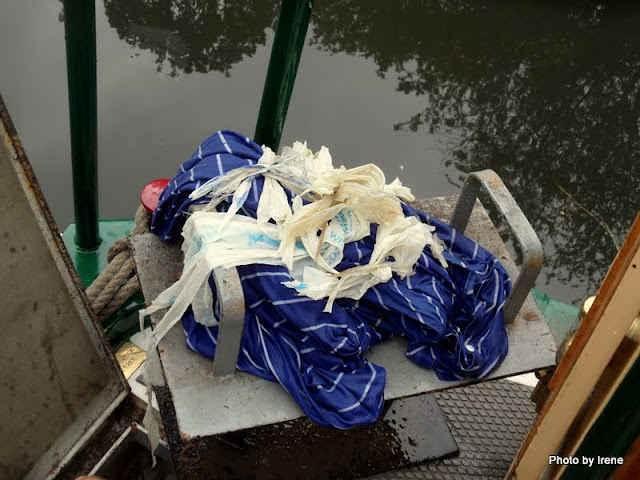 Made it to Birmingham with no more mishaps and once moored walked into town only to find the square full of TV screens, reporters and a huge stage in the shape of a ship. Its all part of the London 2012 Olympic Festival. The free show starts tonight at 10pm but if the weather forecast is correct it will be a bit of a wash out!! It's on for three nights so maybe tomorrow we will venture out to have a look. 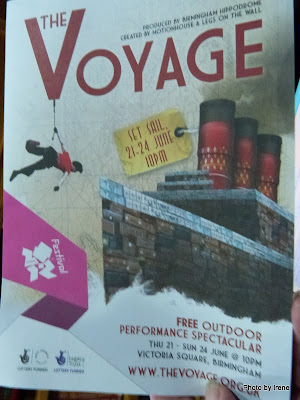 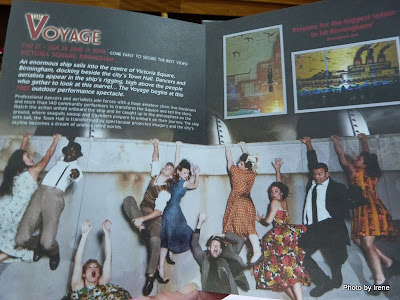 Posted by Ian and Irene Jameison at 9:51 pm