Before I do anything else I need to apologies to the boaters who have a share in Nb Isis. On one of my blog post back in May,  See post , I mentioned a very rude boater on Nb Isis giving us all sorts of grief. This is a comment I got back


Hi, If it's the same boat (Green & Light Green Paint) Nb Isis is a share boat, based in Alvechurch. Not all her owners are so rude. Please bear this in mind if you see her again. John.

Today I met another Nb Isis. This is actually the share boat that John was talking about. The Nb Isis I blogged about, although also green, is a privately owned boat whose owner should have known better.

I'm very glad to have met the gentleman on this Isis and put the record straight. Now I assume John is also a co owner otherwise I don't think he would have left a comment and I was told by the chap on the back of the boat ( don't know his name ) that the share boaters AGM was coming up in a week or two and he would mention having met me then. So now that I've done the apologising I'll carry on with the rest of today.

Last night a deer came out in the field next to the boat. By the time I got my camera and opened the hatch he had high tailed it over the far hedge. So no picture but a great sighting for me none the less. Then this morning we set off before 7 am hoping to get as far up the Lapworth flight before encountering another boat. Unfortunately this didn't work out as someone saw us coming up the first lock and pulled pins in front of us. Don't you just hate it when that happens? Anyway they eventually stopped at Lapworth Junction to pumpout and fill their water tank and so we managed to get past while they were watering up.

The 20 locks on the North Stratford was manic. It was 1up1 down nearly all the way up. What made it worse is that distance between the locks are very short which meant having to jostle about just to pass one another. Many a time we bumped bow to bow and I know now why its called a contact sport!!  Another factor was the shortage of water in the pounds due to the amount of boat traffic. This one was a good  foot down. 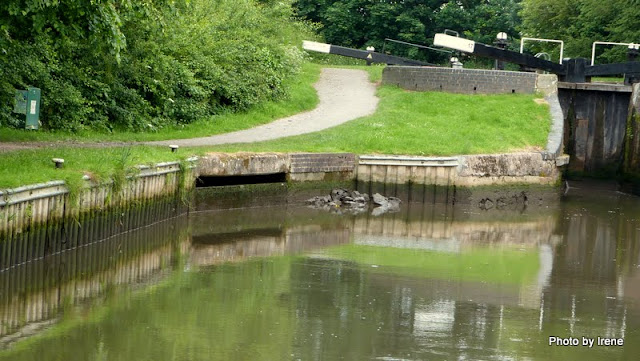 God we were exhausted when we finally reached the top. What with the heat and helping other boaters we were very glad to have a cold drink stop while waiting for the last lock to fill .As we enjoyed our refreshment this poor goose appeared. The lump must have been very painful but it didn't seem to worry about it as it grabbed a beak full of grass as it swam by.


After going through the first lift bridge we moored in exactly the same place as we had moored over a week ago. Just as I was about to tie up I got to witness a bit of inbreeding between two different species of duck, and the poor female mallard was having to witness it. Quite disgraceful!!!! 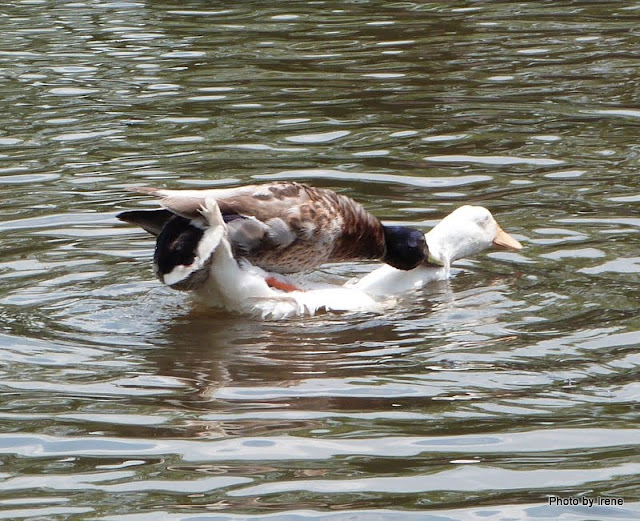 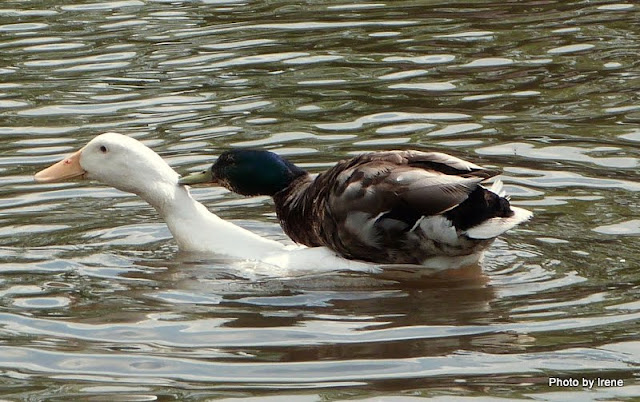 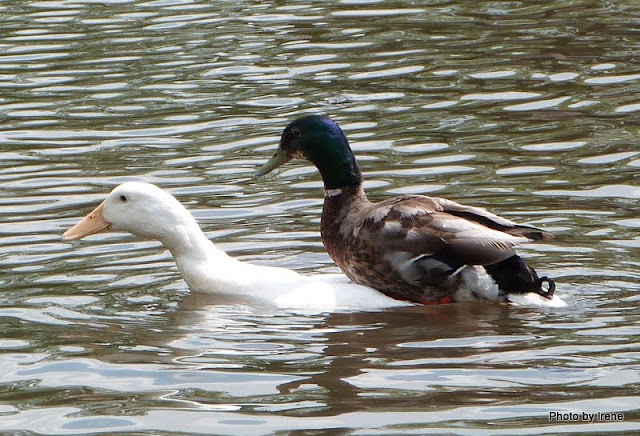 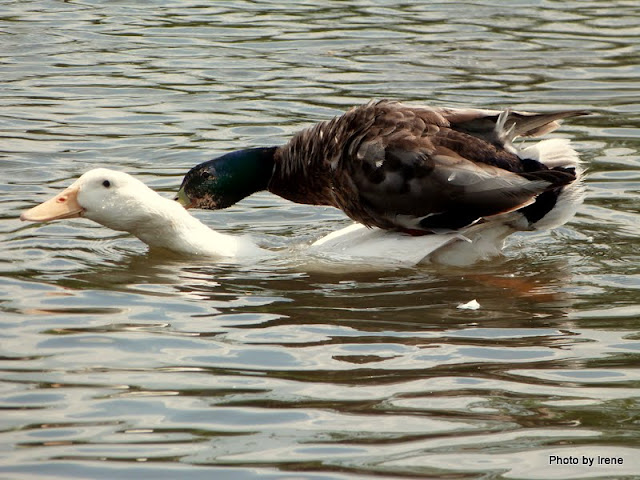 Posted by Ian and Irene Jameison at 6:09 pm