Thumbs up for 'this' volunteer.

This morning Ian was away to Market Harborough before 8 am. His aim was to find a convenient place to leave the car until Friday. The parking in Foxton village was a bit limited and some of the locals might have objected if we had stayed to long so, as we had left the car at Harborough without any trouble a few years ago, Ian decided it would be a more convenient place to park. He had absolutely no trouble finding a good spot as there appears to be a new car park for boaters and fisherman alike near to the basin. Catching the bus back was easy and the driver dropped Ian by the canal bridge. After leaving our moorings, the next stop was the locks themselves. A boat was already coming down the flight when we arrived and, as luck would have it, we found that today one of the volunteer lock keepers happened to be on duty. A great guy called John. Now, as a women I know that most of us can talk for England. Well today it was the men's turn. I don't think Ian and John stopped talking all the way up the flight. In fact at one point, after I had  sat for ages waiting for them to open the gates,I seriously thought that taking all my clothes off might have been the only way to attract their attention That would not have been a pretty sight but I was beginning to get desperate. They say that women are bad. This pair beats us all!  Eventually we made it to the top and then John told us that he was usually stationed up at the Watford flight, but for two days a week he helps out here at Foxton. Now, if there was a prize for the most helpful, entertaining and genuinely great guy, it would have to be given to John. Keep up the good work but please do occasionally stop talking to see if the gates are ready to be opened!
﻿﻿
﻿﻿
﻿
﻿
﻿﻿
﻿﻿  I have a question and I hope someone can answer.  What are these two large orange buoys doing in the canal? The pair seem to be attached to something but nothing is apparent. They are at  Bridge 46 on the Grand Union and Husbands Bosworth tunnel can be seen in the distance. Its most intriguing and something I would love to find out. 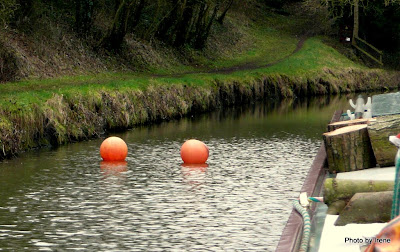 We have found a great spot to moor just past the Welford Arm. Ian wanted to use the chainsaw again without disturbing anyone and apart from the horses in the bottom field, there isn't a soul about. We've not quite crossed the border into Northampton as the board states. That's for tomorrow. 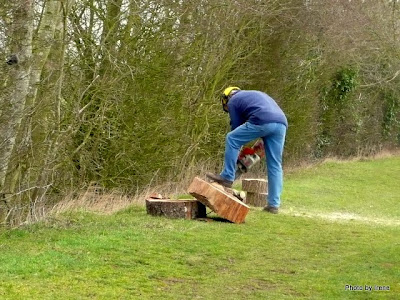 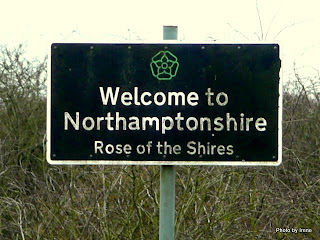 Posted by Ian and Irene Jameison at 4:59 pm

We have met John a few times, he is lovely but yep he can natter!