Going back to see the Redwood treetop lights at night was okay ish. A 35-minute wait in a queue, and we thought we were being clever by waiting until nearly 9.30 pm, hoped all those arriving at the start  (8.30) would have come and gone. So popular is this night time spectacular that during school holidays the wait can be up to 90 minutes. 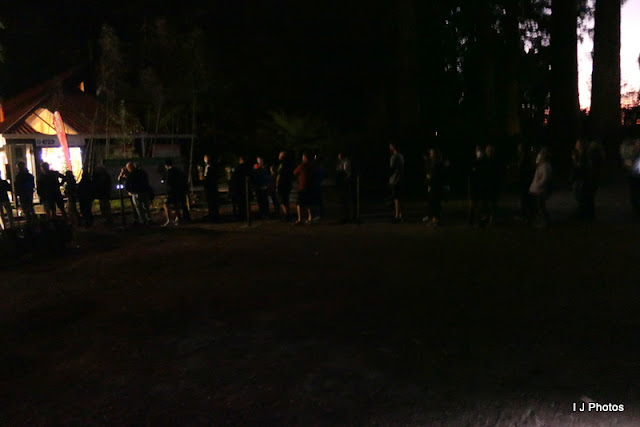 I thought there would be laser displays, but unfortunately not, trees were lit up, lots of twinkling blue lights, walkway ropes highlighted and images of whales, weka, worms and a kiwi shining down on the ground. I must say that was pretty neat. Ian got the best video on his phone, my photos were a bit hit and miss. I should have removed the CPL filter first. 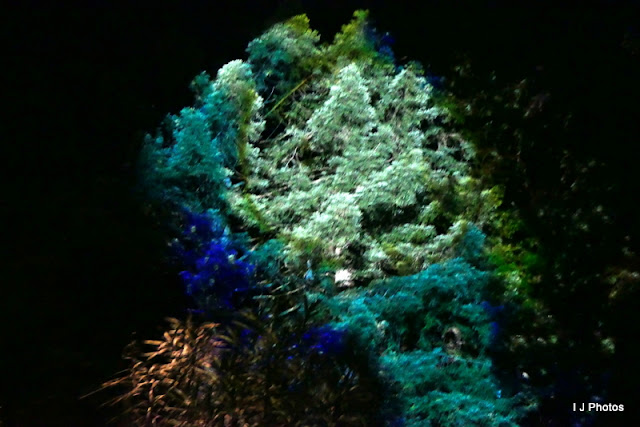 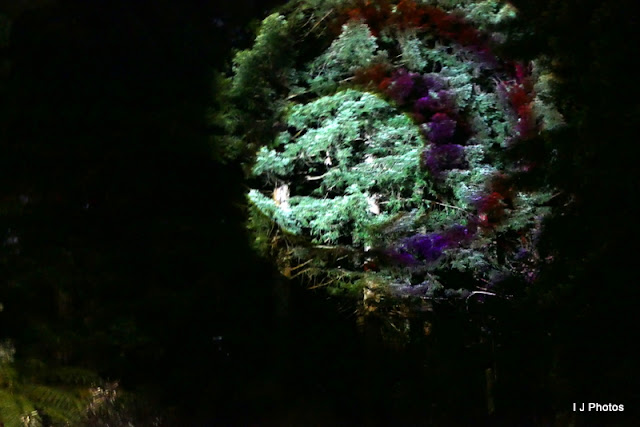 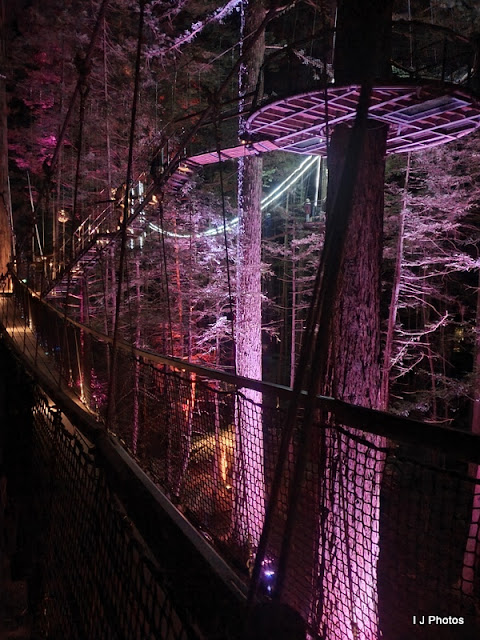 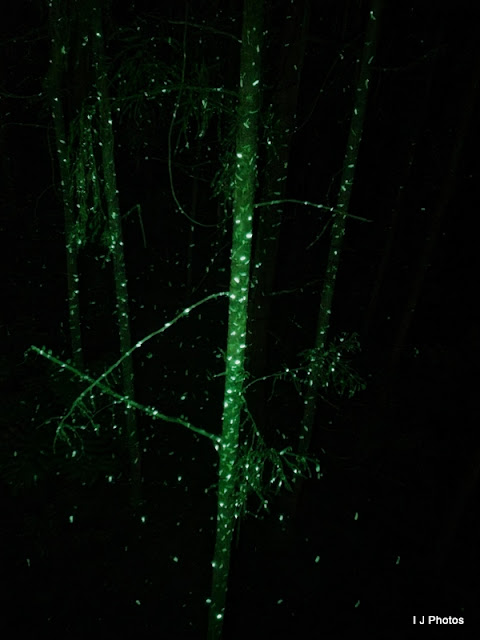 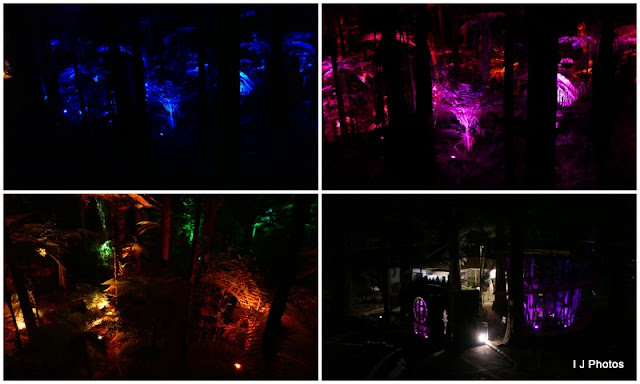 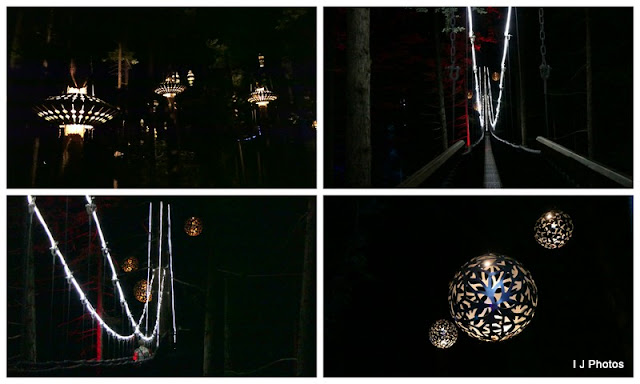 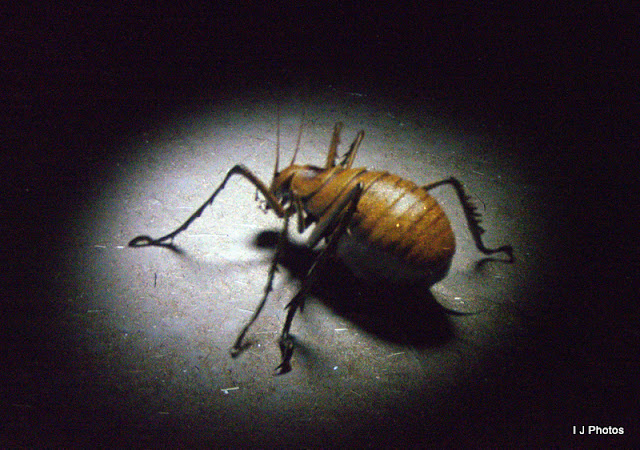 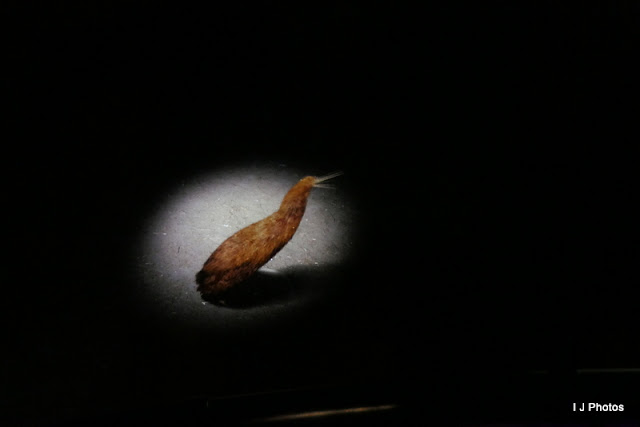 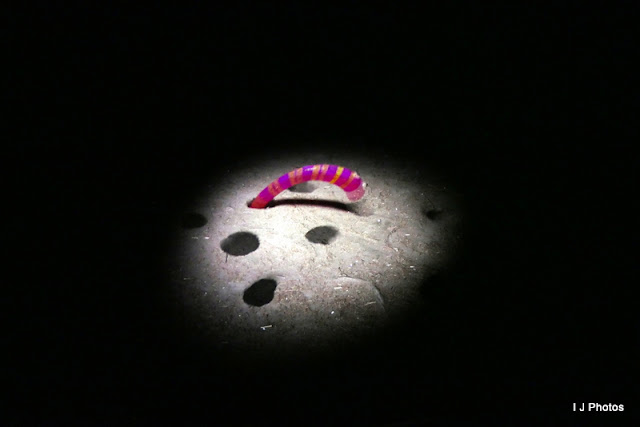 By 10 30pm we were on our way back to Boyes Beach Reserve, we knew spaces would be available, and it was only 10 minutes from Redwood. Of course by now it's pitch black outside, and the first time since arriving in New Zealand Ian had to drive in the dark. Well I'm very glad he went slow because Wallabies were wandering about as were Possums. No....Ian did not deliberately run them over.  New Zealanders absolutely hate them and would kill every one given half a chance. They are one of the biggest pest over here, as are stoats, rats, feral cats and wild dogs. The native wildlife is suffering because of these critters and to control numbers or even get rid all together, would be of significant benefit to the ecosystem. Sorry to all those Kiwis but to kill any animal is a no no in both our books. So we left them alone.

Today we went along the Thermal highway. Made several detours, one to the mud pools (first time) and one to Orakei Yorako which we suddenly realised we had already been to back in 2020. 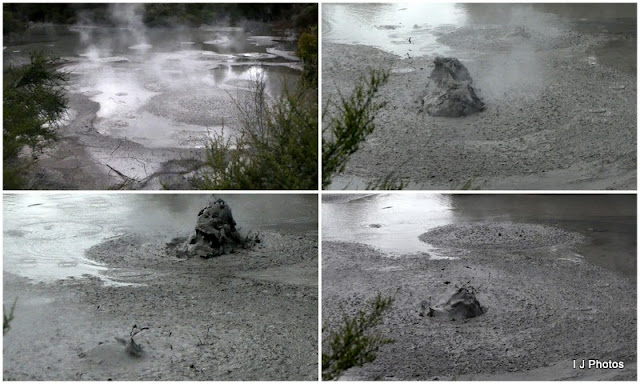 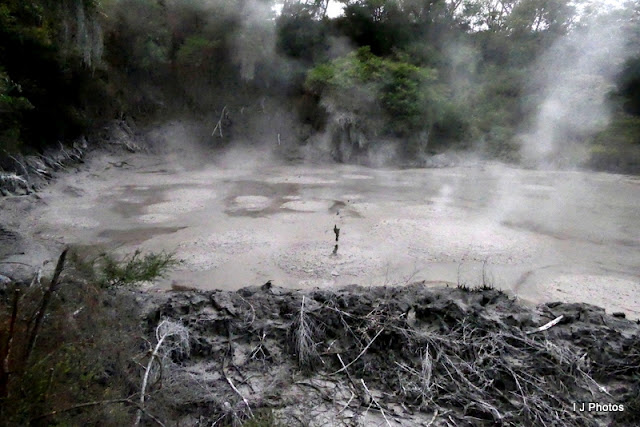 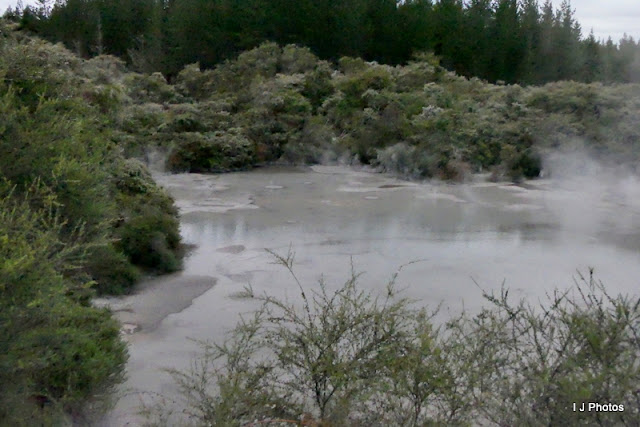 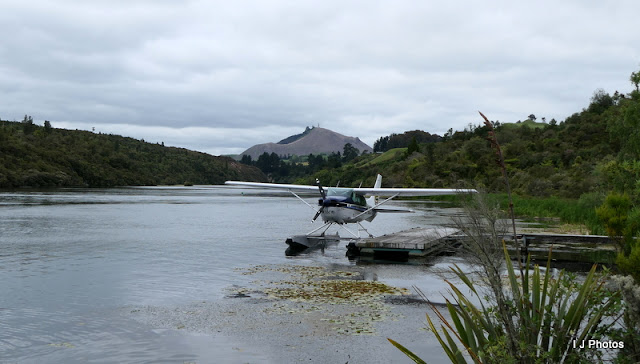 The booking for the Jet boat was 2.30 pm, we arrived in the car park at 1 pm. Next door was the Prawn Park. Three years ago we failed to fish there because they had run out of prawns. Today we hoped to rectify that, catch some big ones and cook them for our tea. Again we were foiled because since Covid the restocking of the pools has not gone ahead. Blast, our very last chance disappearing before our eyes! So we waited in the car park until the allotted time of the Jet boat ride. OMG it was amazing, better than any we have done before. Not cheap...$145 each but so worth doing. Right up to the falls we went, doing 360's at every opportunity. Both of us got soaked, me because I was right next to the side and Ian because of the spray on those turns. Getting back to the Toy was fun, I squelched my way back, soaked I was down to my undies! 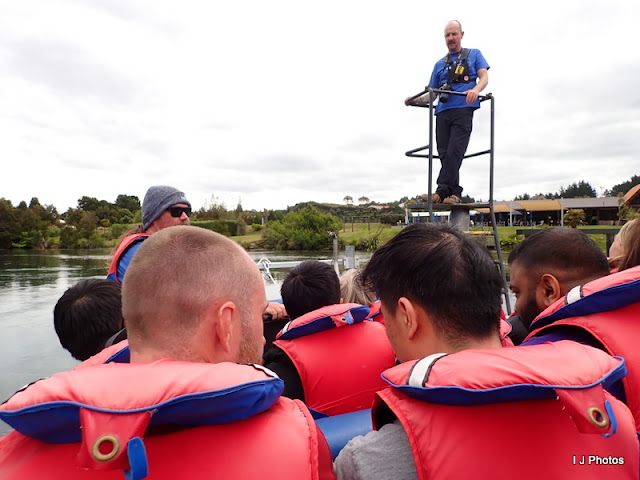 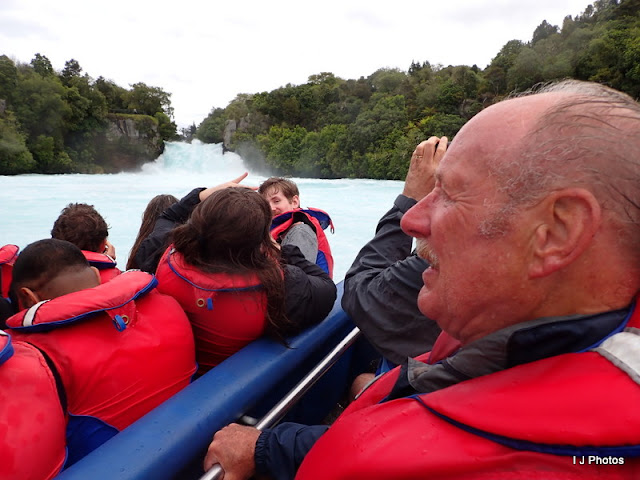 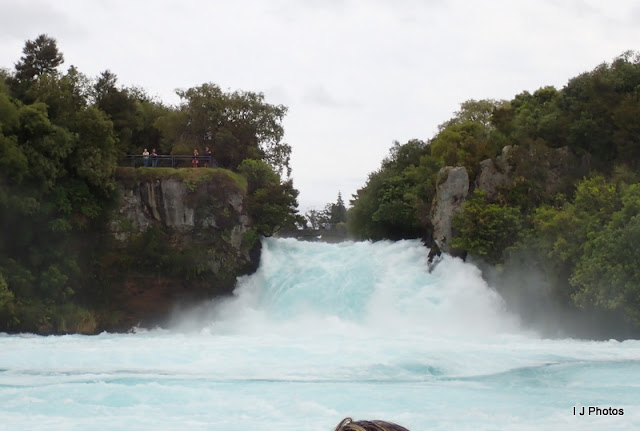 We have ordered a video so will include that when we receive it.

Having got changed it was off to do the Terrace walk at Wairakei. This place is a thermal health spa but allows visitors in just to see the terraces and Maori garden and statues. 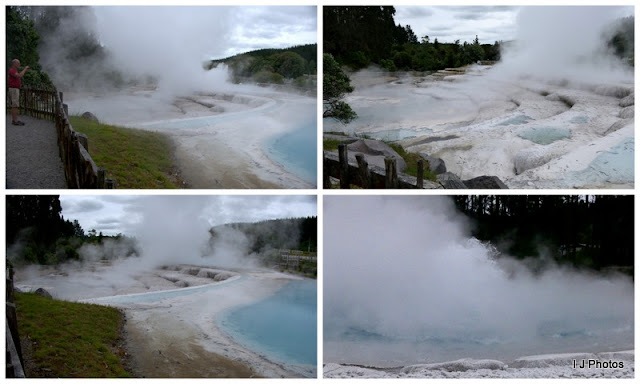 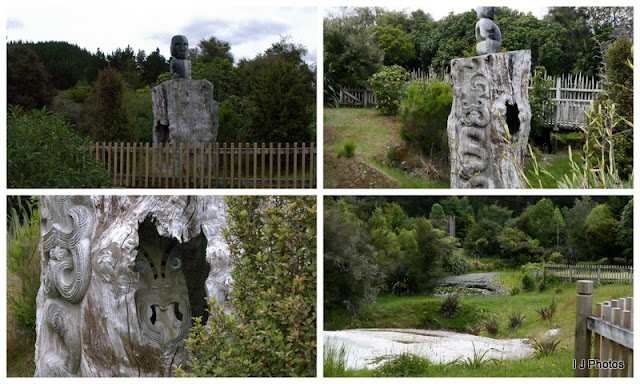 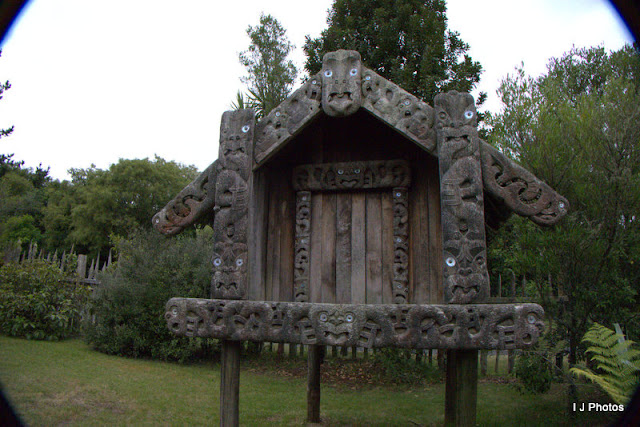 Had quite a full day today so very ready to get to our campsite tonight. It's the same one we have used twice before, a mini small animal sanctuary right in the heart of the thermal valley, called Wairakei thermal campsite. 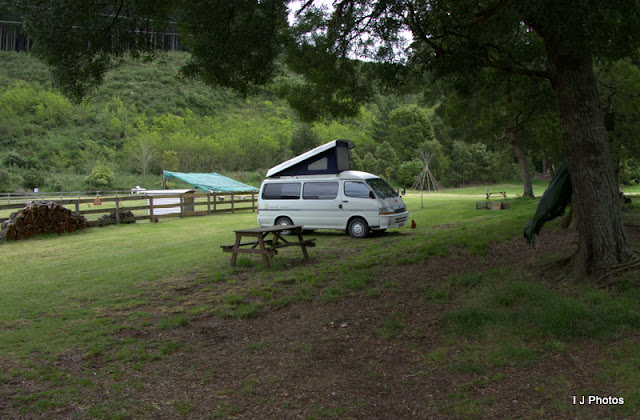 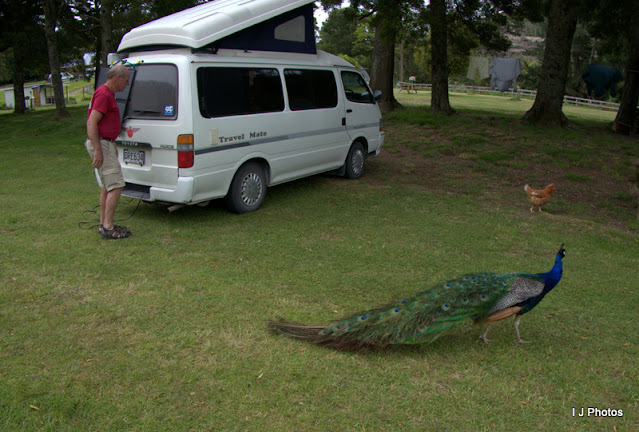 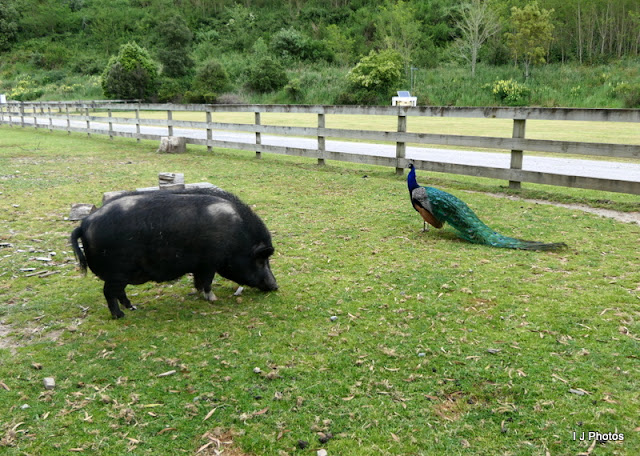 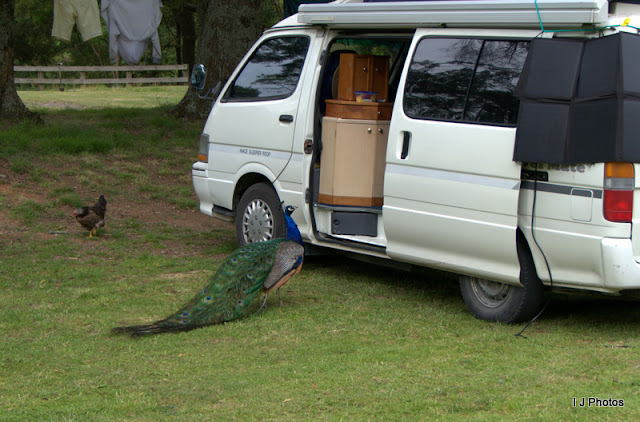 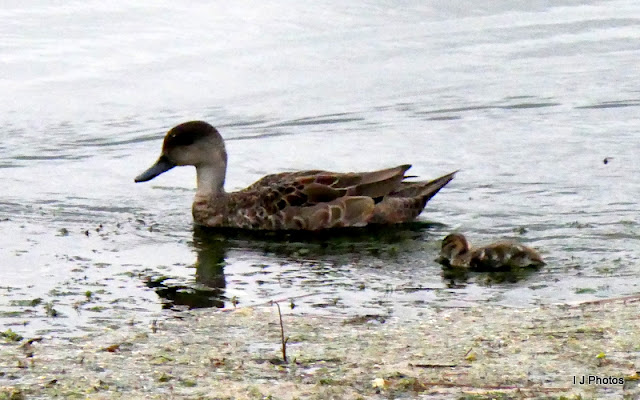 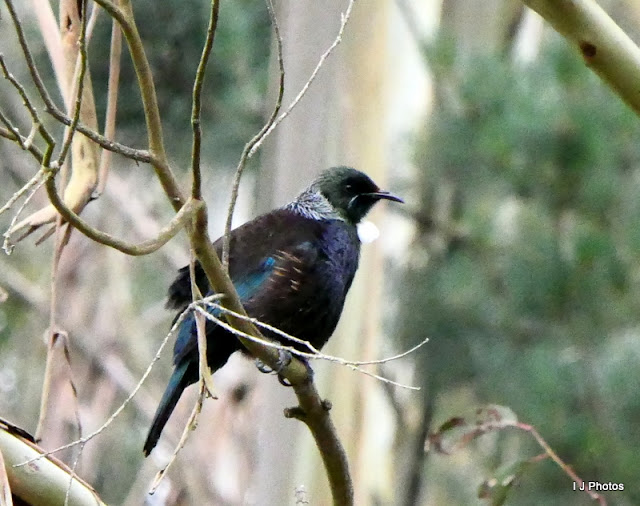 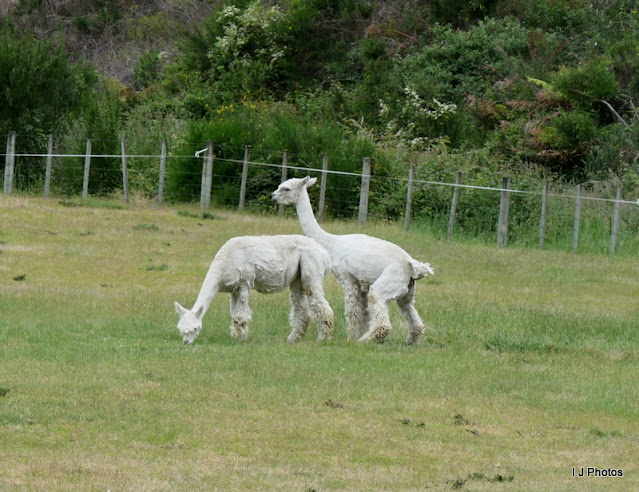 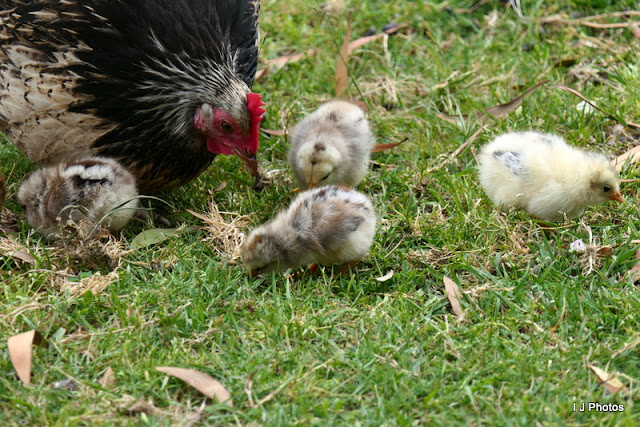