Two loco's in one day.

We went to Dolgoch falls this morning, at a silly o clock.  We had been awake from 5.30 am, gosh felt we had been up for hours, and it was still only 8 am when we arrived! But there again, early arrival at a car park usually meant finding a parking space.  We almost had the place to ourselves, just the dog walkers out at that time as well. 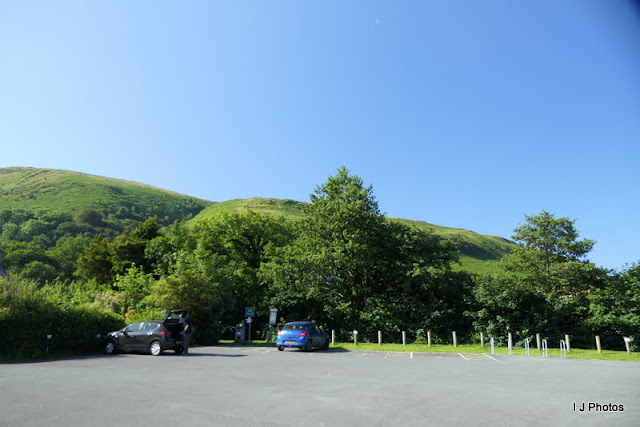 Literally 5 minutes after setting off, we came across of the falls. 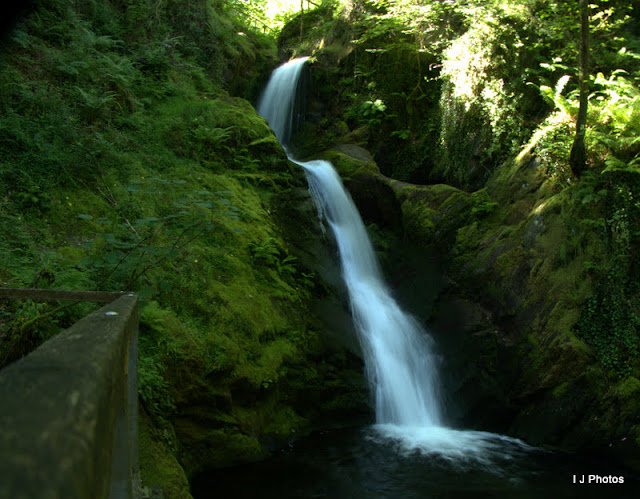 Okay, it was pretty spectacular but as far as we were concerned, we were expecting a couple of miles of walking and looking forward to it too! So we decided to follow the river. Very glad we did because we came across several old mine workings. Oh, to have had a decent torch. The light on Ian's phone was pretty useless, we dare not venture in, well truth been told, I wasn't feeling very comfortable about the thought of what might be lurking in the shadows. I'm harping back to my childhood when I hated the dark! I swear there were things under the bed waiting to grab my legs if I stuck them out from under the covers! And strange noises used to come from an old wardrobe. Used to freak me out, the light on the landing had to be kept on 'cos I wouldn't go to bed otherwise! 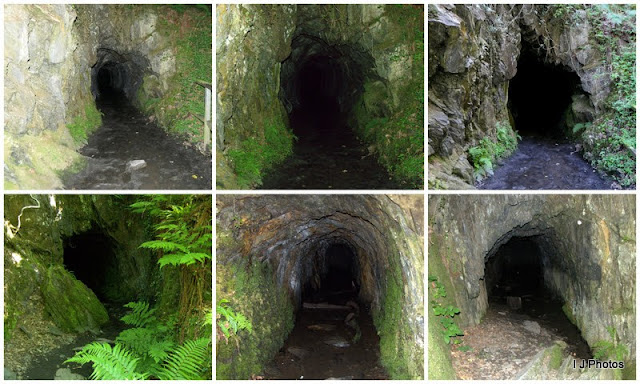 The walk we took was another challenging one, but our mission to find more falls bore fruit. Being the only ones around, we took our time, especially ascending those steep paths. 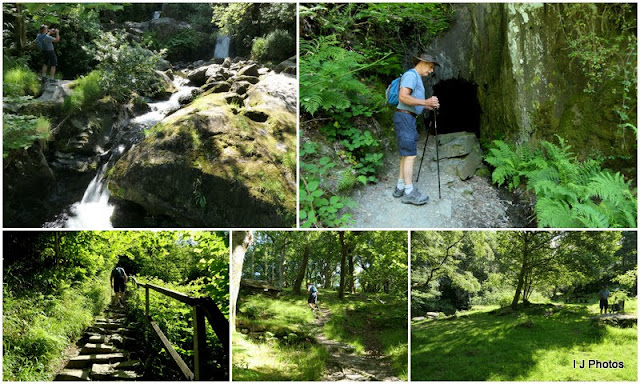 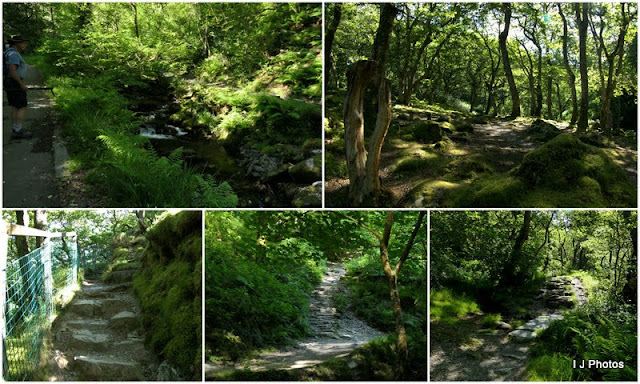 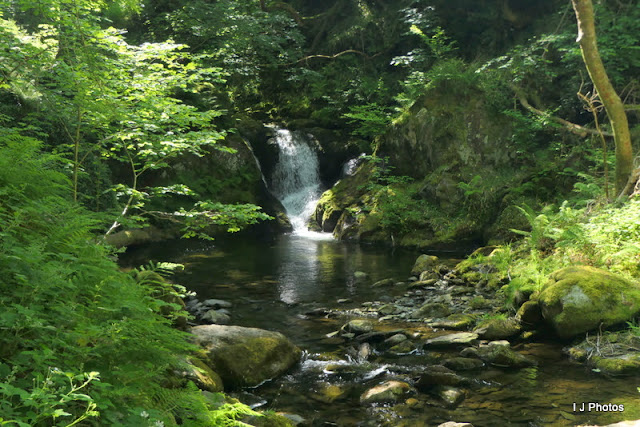 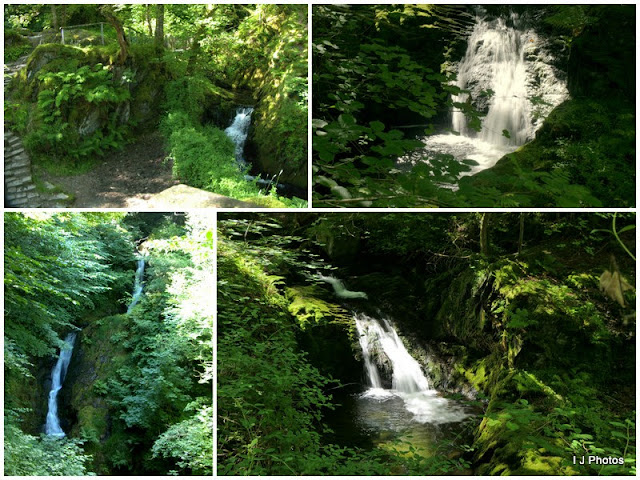 Came across this on one of the paths.  Wonder how much this stump is worth? 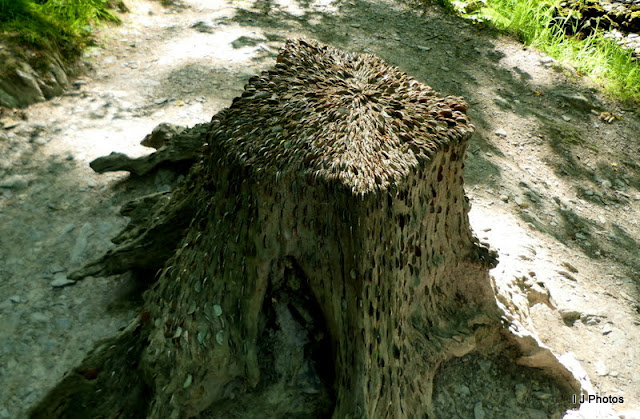 As the station was nearby, on our return took a quick peek at Dolgoch station. Gosh as platforms go it was tiny! Was it a request stop? Two people had been waiting for 30 minutes and our luck was in when the steam loco pulled in whilst we were there. They had stuck their hands out, so I suppose it was a request stop after all. 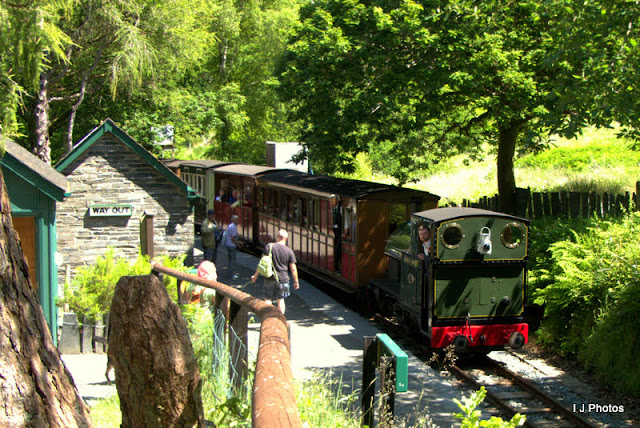 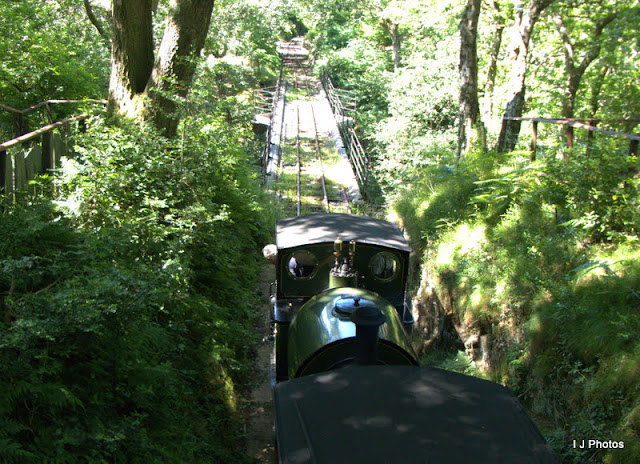 By now it was gone midday, so after a bite of lunch, headed off to a proper camp site. We had booked in for two nights at Bwch yn Uchaf near Bala Lake. We were getting slightly desperate for clean clothes, especially the smalls, and this site had a washing machine. 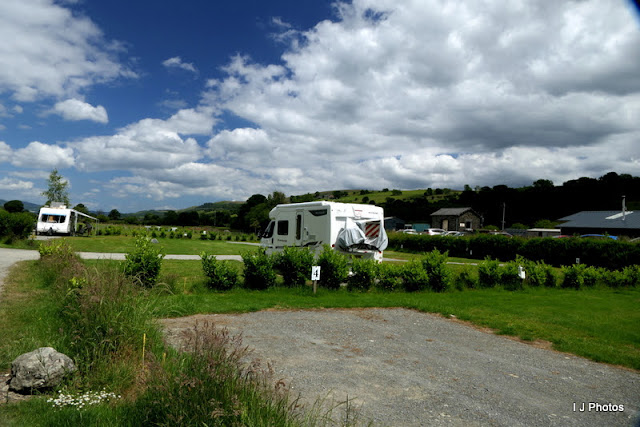 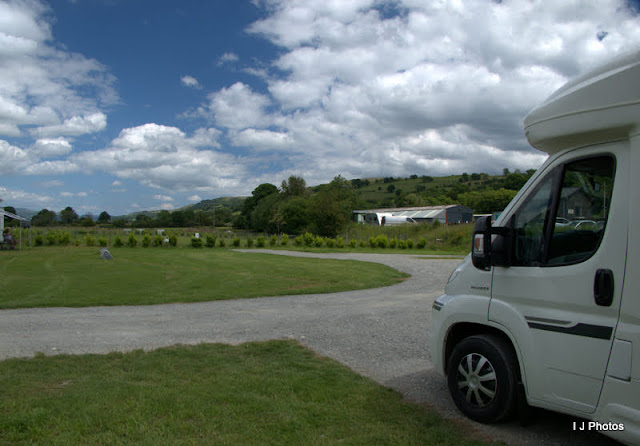 What we hadn't realised until we arrived was it was also next to the Bala Lake Railway. That was it... The second port of call was to go see what was there (the first to get the clothes in the machine) and found a single gauge railway that went from Llanuwchllyn station to Bala. To read all about how it came into being,  click HERE

Needless to say, we booked for tomorrow. £24 for us both, a far cry from the £60 on the Vale of Rheidol train! 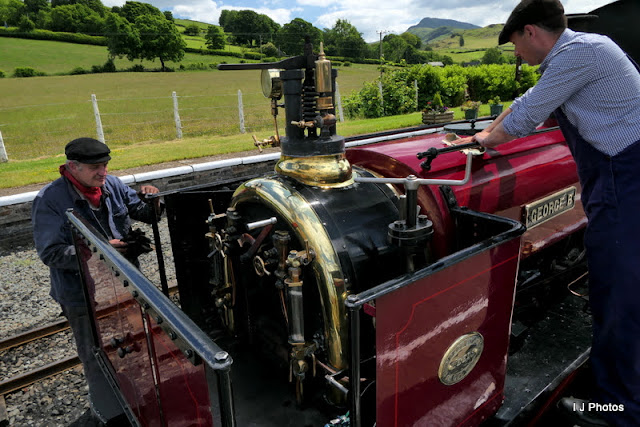 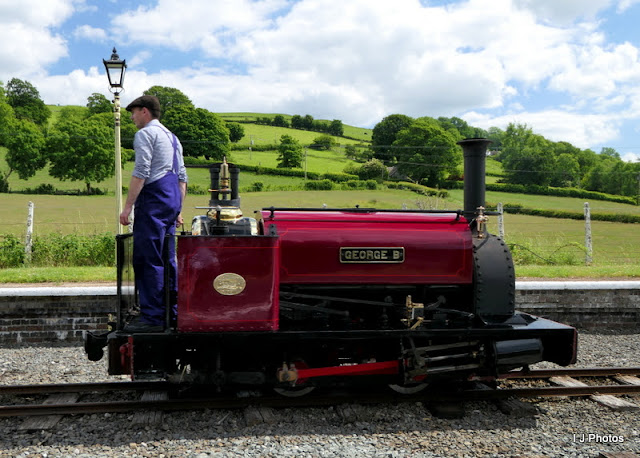 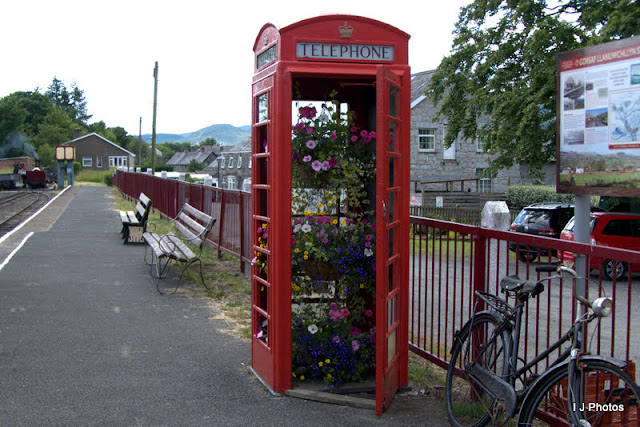 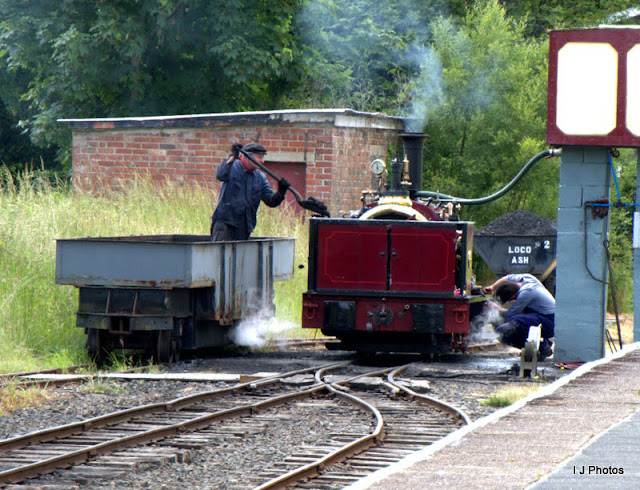 It also appears that we are directly on the fly past of those really, really loud jets! Two came past so low that it almost blew the awning away! I got this but unsure as to what make. 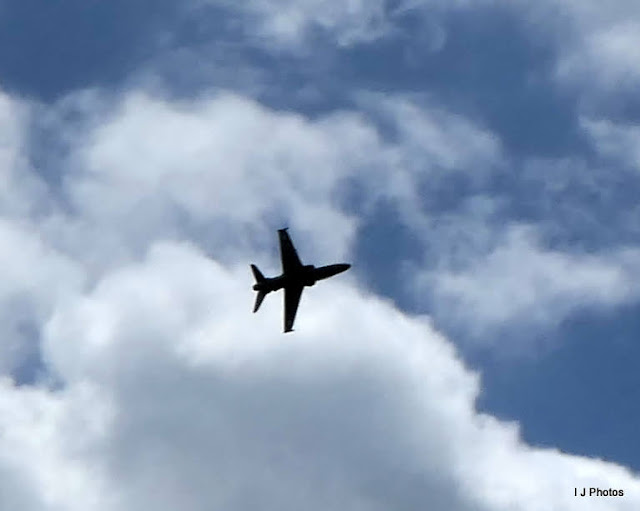 In the waiting room of the station was another swallow nest, and crawling across the floor, a caterpillar. 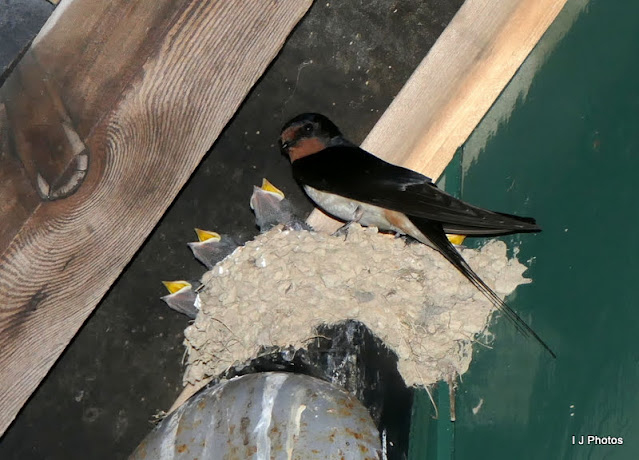 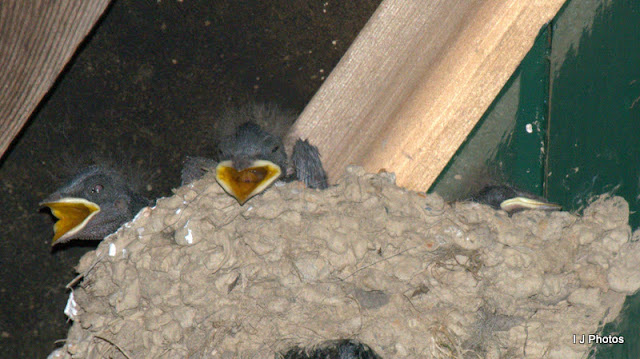 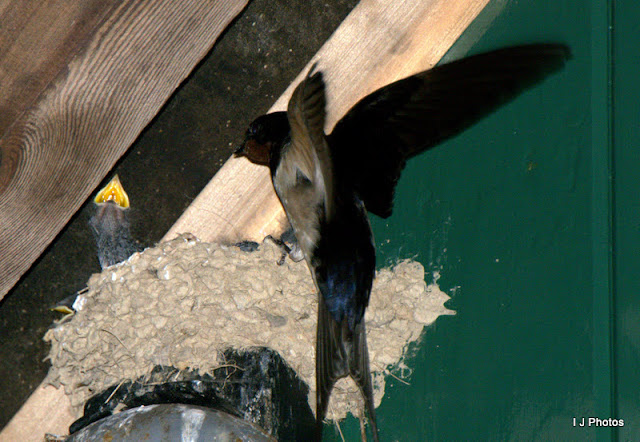 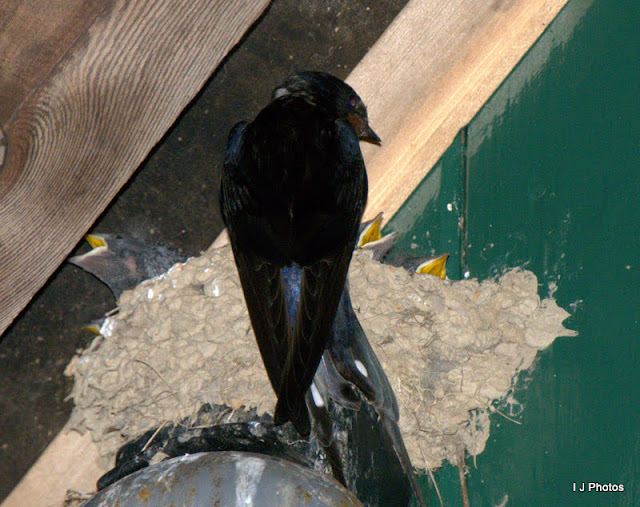 The aircraft is a British Aerospace Hawk.

BAE Systems "Hawk" as used by the Red Arrows display team, the one in your photo is probably an aircraft from the fast jet training school at RAF Valley on Anglesey, the use several passes in the hills around there for low level training. See - https://en.wikipedia.org/wiki/BAE_Systems_Hawk

Thank you, Lesley and Alf. I did find out more about those low-flying aircraft. It will be in my next post.