And the Police came a knocking

Hey...I didn't get legless last night even though we went with Alan and Carol to the Eaton Farm in Long Eaton for a meal and finished off the evening at the Railway Inn for final drinks. So I wasn't quite as inebriated as the night before, having paced myself and, shock horror, actually refusing a fourth glass of wine!

This morning we left fairly early and was most surprised to see a volunteer Lockie on at Sawley locks. With Easter being late this year (they normally start at Easter) the volunteers decided to start the season earlier.

He mentioned that there had been a body found in a wooded area between the Erewash Canal and the River Erewash near Long Eaton. Apparently, this was the second death that had occurred by the canal in the last month. Gosh, it all happens around here, don't it, and all in the month we have been gone! Now, what do they say about things happening in threes? Anyway, at the Railway Inn, a local paper was on the counter with an article about it so I did have an inkling of the story

Back on the Erewash and my mood changed from happy to miserable in an instant. Not that I dislike the canal, far from it but the fact we are heading back to the Mill and this was to be the penultimate cruise before securing FS on her moorings for the rest of the year. We had to stop at Sandiacre to fetch the car and then store the roof furniture back in the garage. Deciding to stay for the rest of the day, we were having a spot of lunch when a knock on the side of FS alerted us to two policemen standing by the side hatch. After pleasantries, a photo was thrust in my hand and we were questioned as to whether we knew anything about a deceased man named Robert Chatwin.  As an ongoing investigation they were walking the towpath stopping everyone they came across asking for any information. Unfortunately, there was nothing we could tell them and I suppose both officers were understandably evasive when I asked how he had died. To read the news article about Robert Chatwin click here  and to read about the first body found back in March, Thomas Boyle click here

Not many photos of the journey today as it is one we do regularly. Tomorrow we leave early to get to Langley. Rather fancy a Carvery at the Great Northern but as they close for meals at 4pm its a must to get there before then. 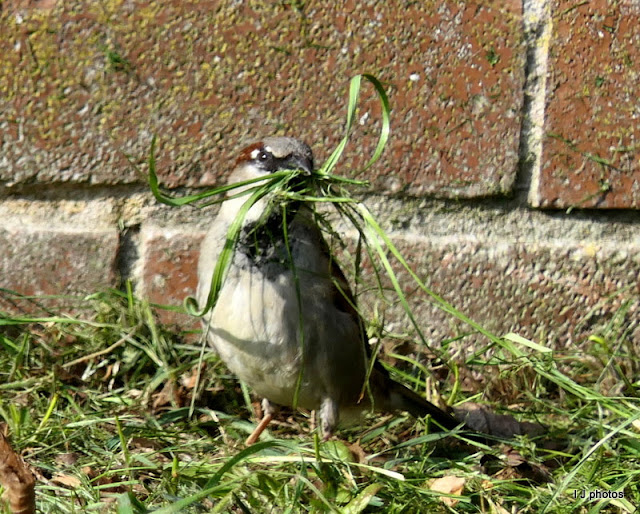 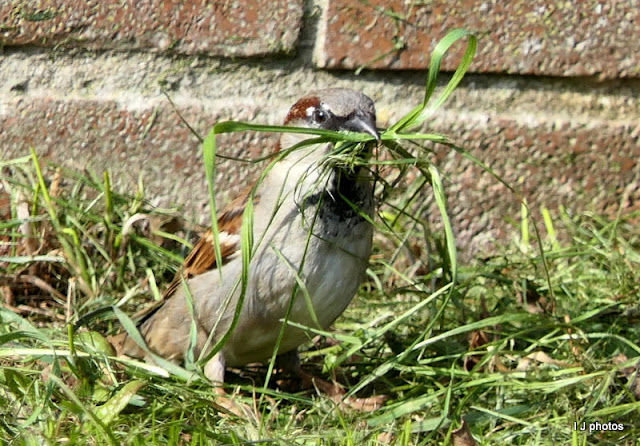 And the Swallows have returned and are starting to nest in the walls at Sawley lock. (Thanks to Paul he reliably informs me these birds are Sand Martins and not Swallows) 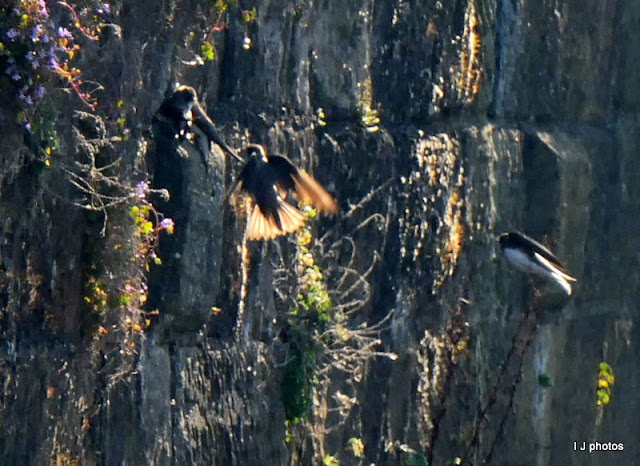 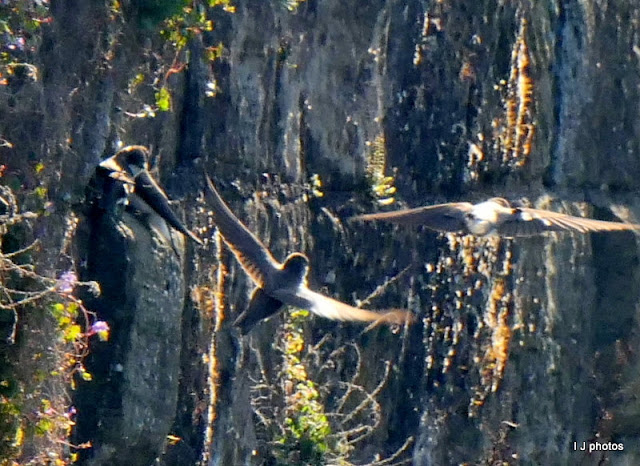 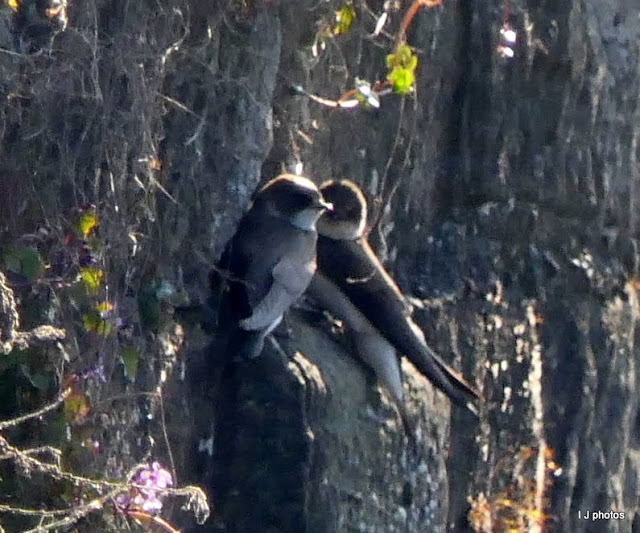 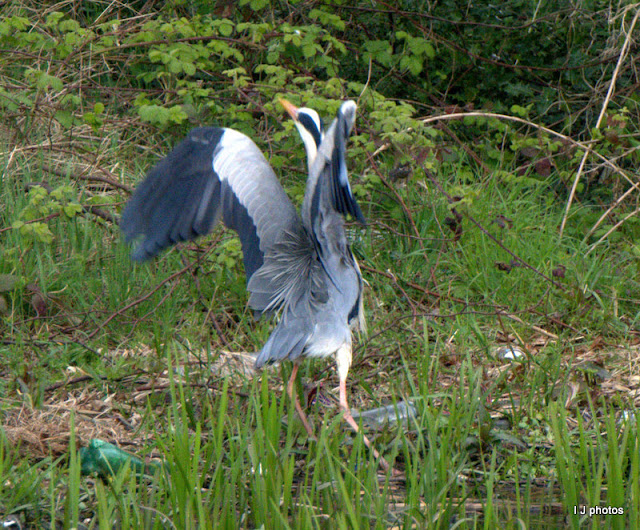 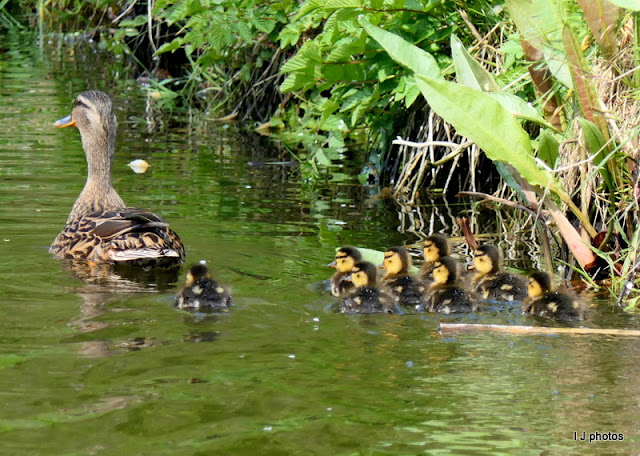 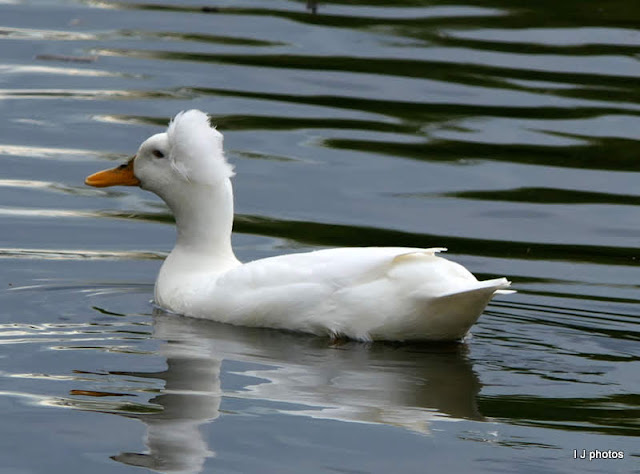 Posted by Ian and Irene Jameison at 4:49 pm

Time to get the motorhome ready to roll as often as possible, Irene and Ian, so you don't get cabin fever. Short trips out in the motorhome are good fun we find. And it's good to go and visit friends, taking our own bedroom and en-suite bathroom!

I think we should organise for you two to come and join us for mid summer Kiwi Christmas - I expect we will be somewhere on the Oxford on our way back from our Grand Circle trip. Date yet to be determined, but I will keep you posted.

I'm going to miss your daily wildlife photos - and as a regular hirer your blog is of great interest, especially when you travel a route we've taken ourselves. Anyway, a minor correction to your latest captions - your Swallows are in fact Sand Martins, normally the earliest hirundines to return to the UK each year. Some Swallows are now back, but far outnumbered by Sand Martins still.

Going back to last week's newt, this is the time of year they move from the sites where they've spent the winter, usually under damp rocks or logs, back to the ponds where they breed. You probably interrupted your one mid journey.

And finally, your mention of the police calling about the dead body reminded me of an incident many years ago. At the time I was a warden at Tring Reservoirs (I'm sure you've visited these on the Grand Union Canal) which was then still a National Nature Reserve . Early one morning I was walking around the back of Wilstone Reservoir (below the (still) disused section of the Wendover Arm), when a helicopter dropped out of the sky into the adjacent field. I was hailed by someone who it transpired was a police officer, whose opening words were "I don't suppose you've come across a body have you?". Having given him the obvious answer (No!) he told me they were searching for a man who had left a suicide note announcing his intention to drown himself at the reservoir. The helicopter then quartered the extensive reed bed where unfortunately he was found. A very sad event.

Hi Paul. Thanks for that, These birds always nest in the cracks in the lock wall at Sawley and have done for years. Where would I be without you to keep me on the straight and narrow (: I will miss the cruising massively but am determined to continue with my wildlife photography, especially bugs and insects with my macro lens. There are plenty of walks here at Langley Mill and I'll keep the best for when I start blogging again. Xx

Marilyn you are too good to us. Your Kiwi Christmas sounds fab and I pleased to tell you that the forthcoming trip to New Zealand is back on. Leaving on December 26th for Auckland and spending New Year's Eve there, our travels will take us right past your house some time early to mid-January. Plans are in the early stage but will keep you informed. Xx

Irene, I will email you so we can do a bit of planning for the mid summer kiwi Xmas party on the cut.
Mxx