We are now back on board FS. Sunday afternoon and with only three boats in the Great Northern Basin (one being ECP&DA workboat Pentland), we decided to bring FS out and back onto our mooring. 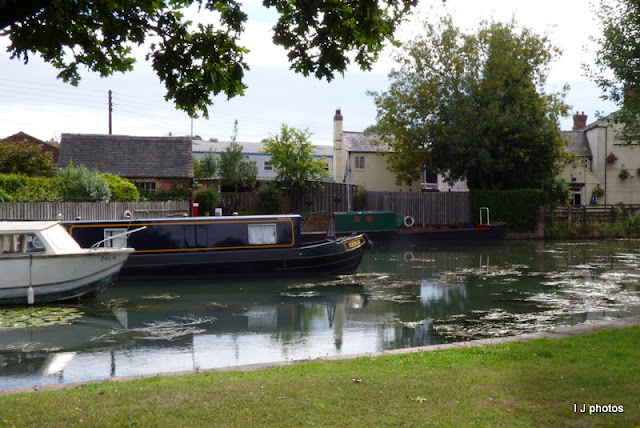 The Beast, as a temporary measure, was parked in the 'Triangle' and the walk from the Great Northern Basin to the 'Triangle' meant passing by the Great Northern Pub, along the road past the basin, over the road bridge, onto the towpath and then to the 'Triangle'. The moving of stuff from the Beast to FS, therefore, would have meant a route march each time. So the most logical thing to do was bring FS alongside the Beast. This was achieved with very little effort as FS behaved impeccably even amongst the vast amount of weed that had sprung up during the hot weather. She fired up at first turn of the key and the only slight hitch was operator error when I failed to notice the tree by the swing bridge with its low branch just waiting to detach the aerial from FS's roof. A quick reverse saved the day and with Ian's agility, jumped on board to take it down.

So the big cleanup started. Not just the Beast but FS too. I must have evicted over 6 huge spiders, two of which was in the bathroom, one in the galley and the rest from the living room. Not dared yet to see what the well deck is housing. Might send Ian in first to suss it out.

Had a bit of drama in the morning. A Swan had wandered onto the road and Ian was dispatched to deal with it. A mated pair (see my April post) was above the lock in full attack mode and the lone Swan understandably wanted to get away. Ian managed to get it below the lock. 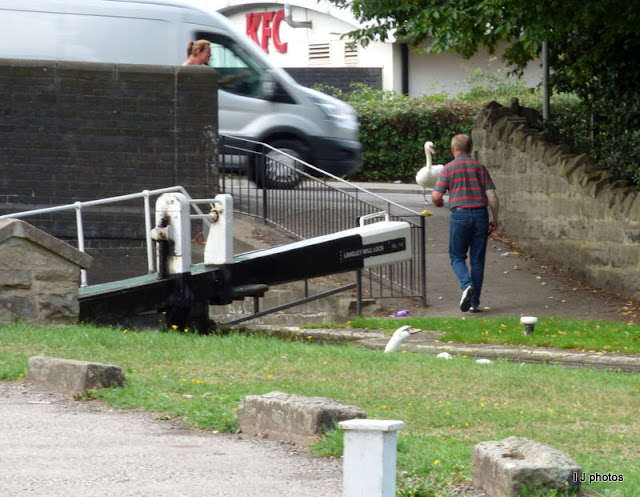 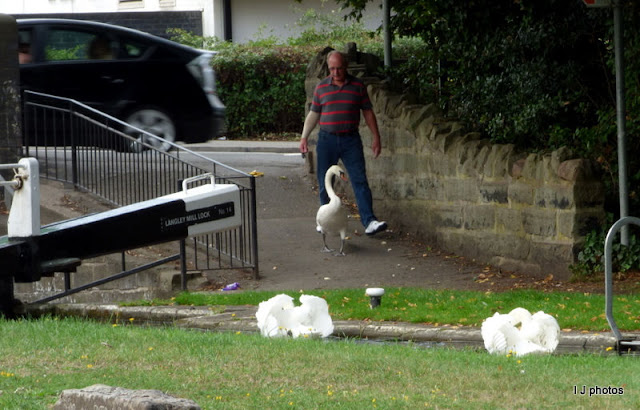 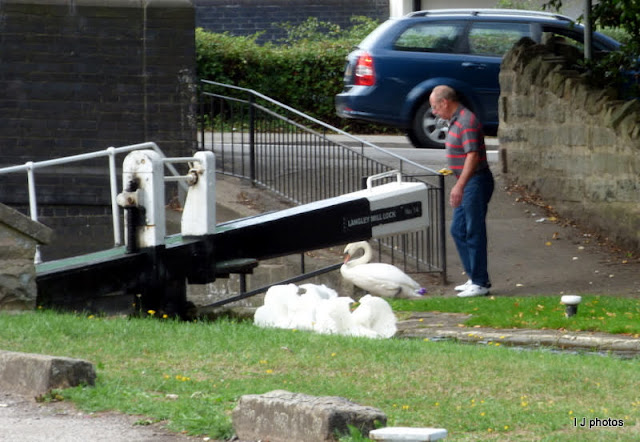 But....and here is another twist in the tale, another pair of Swans with cygnets were waiting!. I intervened with the pair above lock shooing them away to give the lone Swan time to get hidden in the 'Triangle' 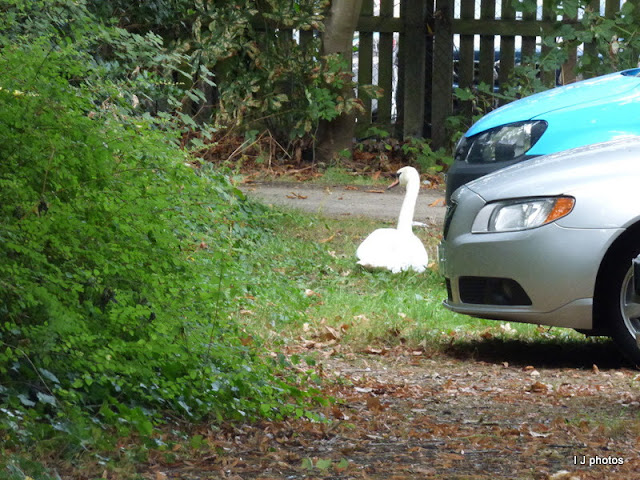 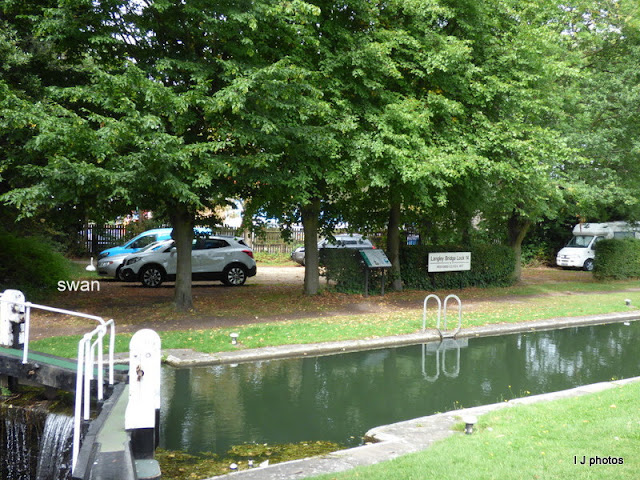 Phoning a rescue centre in Brindsley 2 mile away, I was somewhat peeved when told no one would come out to remove the Swan. In fact, the chap told me I should do it, most inappropriate as in no way am I trained in Swan capture! He even told me not to bother the RSPCA. I was relating this tale to a chap moored at Langley Mill boatyard who said he would phone for me as he has had some dealings with the charity before. I do hope for a successful outcome.

Our cruising will resume after the weekend. First, we will be involved with a half marathon from Langley to Trent Lock. And if you think we are actually running....no no no. We have been asked to man the water station at Gallows Inn offering drinks to those more energetic than we will ever be. More of that later. And second it's birthday parties we must attend, Grandson and Son-in-Law.
Posted by Ian and Irene Jameison at 5:30 pm