Into Dublin and out again

So off to Bru Na Boinne and the megalithic tombs. Pulling into the car park, which was almost full, we didn't hold out much hope about getting tickets. Luckily there was an overflow carpark and we managed to park the Beast. At the ticket office, several spaces were available for the 11.45am so we grabbed them quick.

A bus ride took us to the Newgrange tomb. Said to have been built around 3000bc even before the Pyramids and consists of a single long passage which ended in a cross-shaped chamber. Our group had to be split into two as the tomb was very small and the choice of who went first was determined by the colour sticker you wore. By now the rain had started and we, unfortunately, had the wrong colour! So 15 minutes of standing outside getting wetter and wetter before we were allowed in.

Our guide was not wrong about the narrow passage into the chamber. A very tight squeeze with a low ceiling and some didn't quite make it. I shoehorned myself in and wondered quite how I was going to get out. She explained about the winter solstice and how on certain days in December the sun would enter a small hole and light up the chamber. 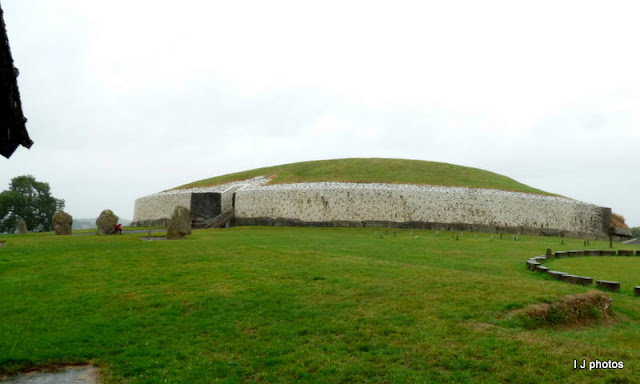 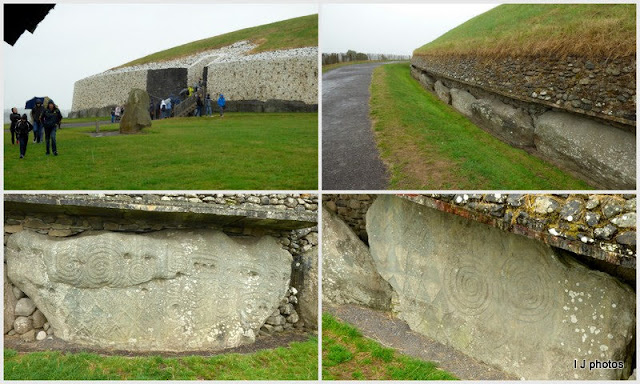 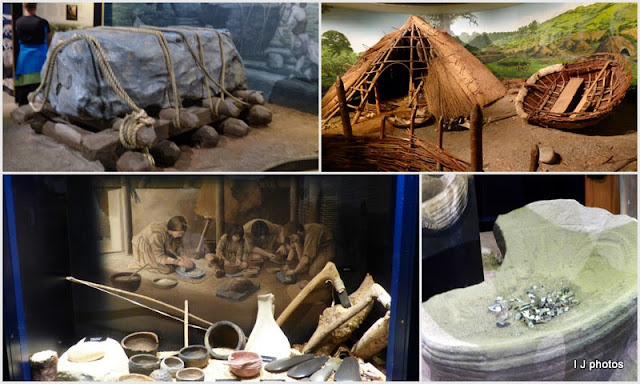 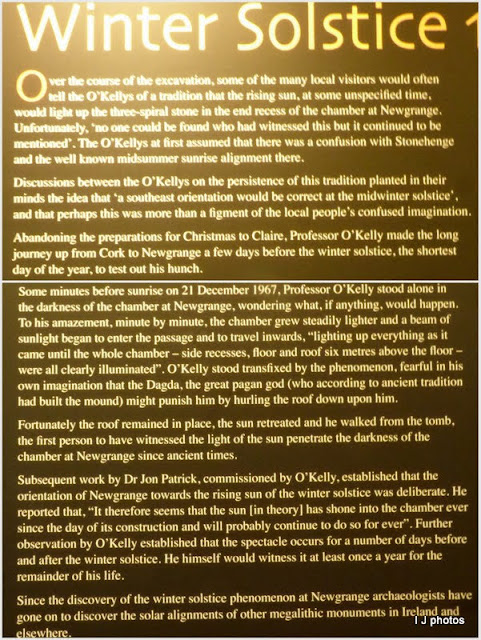 On our return to the Beast and before we set off for Dublin we had to completely change our clothes. The weather didn't improve any and it was a toss up if we would go the direct route or along the coast. The coast won. And very glad it did because we came across the Skerries Windmills. Very unusual as one of them had 5 sails. Thinking we were going in for just a look, as we got into the reception area we noticed a tour was about to start. The last one of the day at 4.30 pm. It lasted 70 minutes so by the time we left for Dublin it was nearly 6 pm. 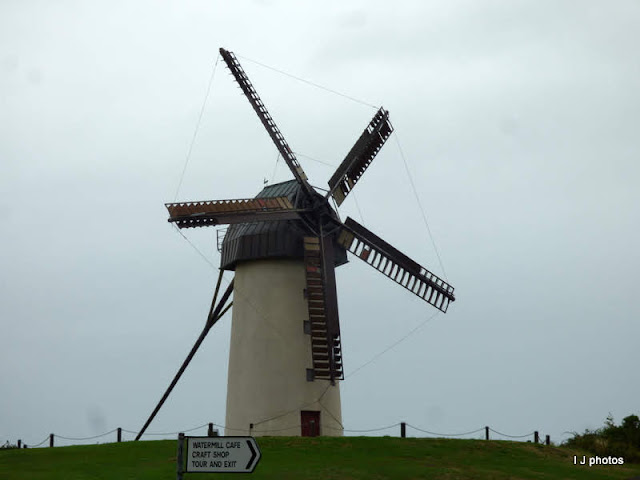 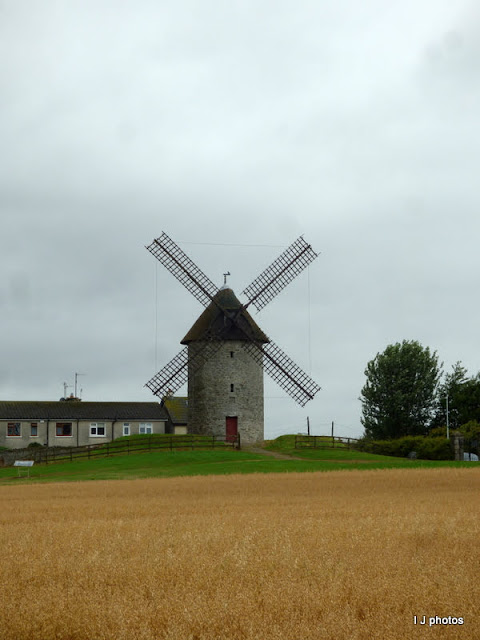 Not only wind power was used in the milling, a watermill could continue the production of the flour on calm days. 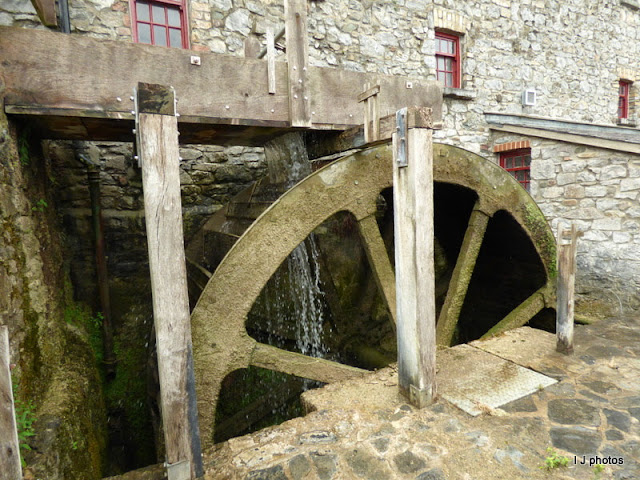 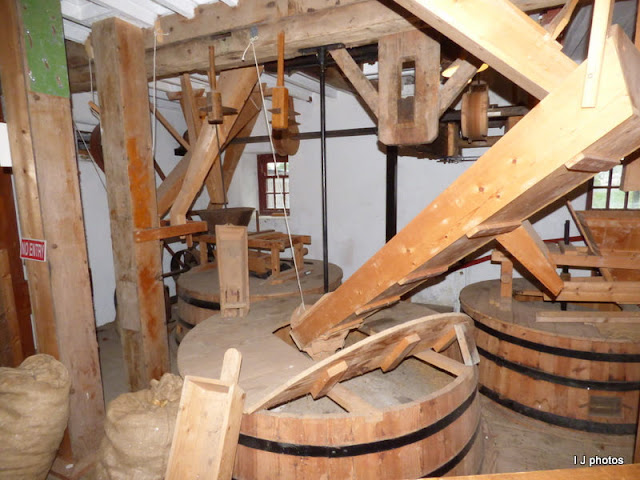 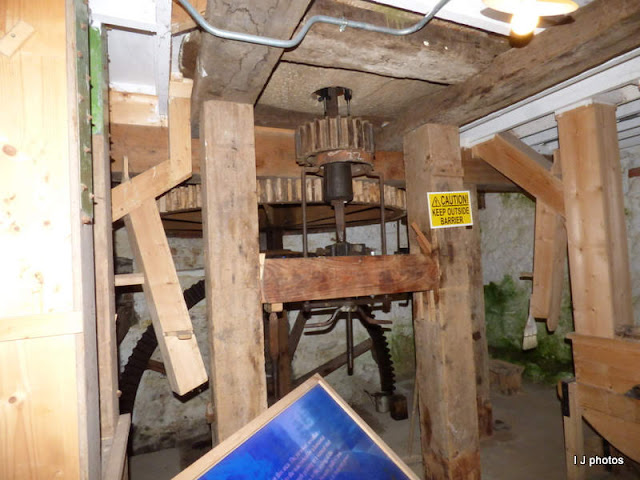 Due to the lateness of the hour we hit all the traffic and nearly got into the wrong lane by the tunnel. A massive queue had formed and, as we passed the stationary traffic, a big notice to say the tunnel was shut. Relief that we didn't have to go that way. 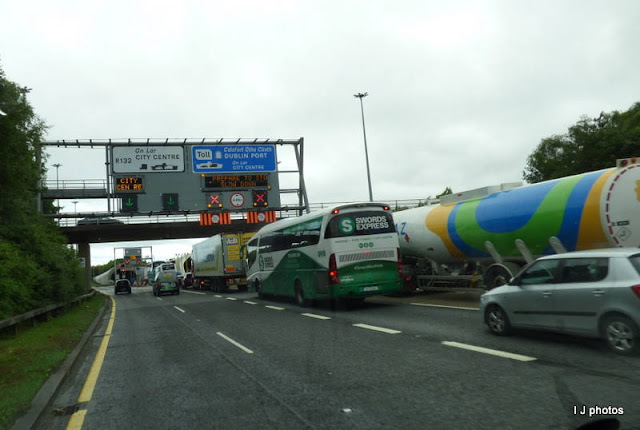 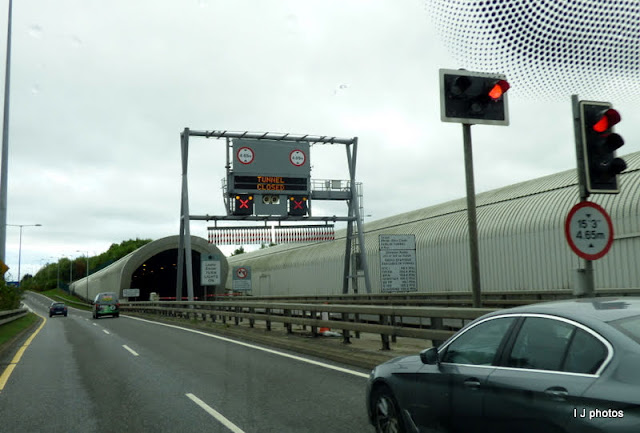 And then we caught a brief glimpse of another canal. The Grand Canal with the staircase locks. Reading a bit of the history this canal is now (or almost) abandoned. 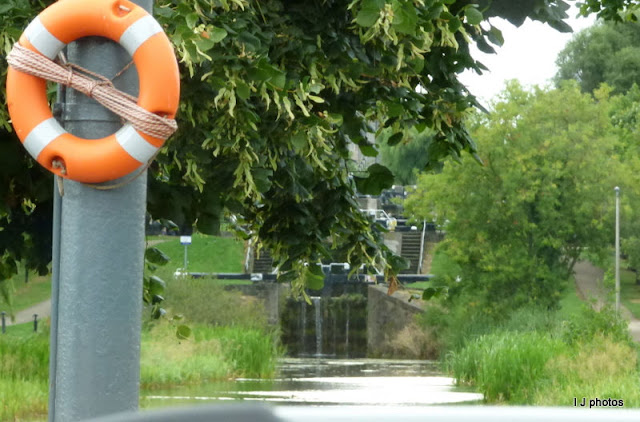 Anyway found the Park and ride at Red Cow by 8 pm, drove to where we knew the motorhomes would park and... oh no....no spaces. The Beast was too long for the normal bays and one of the stipulations was to keep within one's bay or be clamped. After a long discussion and another look on Ian's 'park for the night' app, we drove another 15km to Sandycove, eventually arriving by 9 pm. We still have to decide where to park tomorrow. It is imperative to get parked as we have booked tickets for Riverdance at the Gaiety Theater for the 7 pm performance.

Posted by Ian and Irene Jameison at 9:37 am

New Grange tombs was an amazing place to visit, we certianly enjoyed our trip there, several years ago.