What an awful night! Storm Callum put in an appearance in the wee hours and a whistling sound resonated from the porthole windows through gaps we had no idea were there. Then there was the annoying rattling above the bed. Not sure where the noise came from as Ian had placed anything liable to depart from the boat roof down below. By 4.30am Ian had enough and donned his dressing gown to 'go see'. Choose the wrong time to go out as suddenly a squally shower came through and soaked Ian from head to foot. He was on the side of the boat at the time and checking to see if the aerial was still in place. Anyway, he discovered the rattling was coming from the solar panels being lifted, but without light and not wanting to stay out any longer than necessary decided to leave it rattling.

Both of us must have dozed 'cos we woke again at 6.30ish. An hour later Ian had wedged the solar panel with the boarding plank. Fingers crossed for a better night tonight! 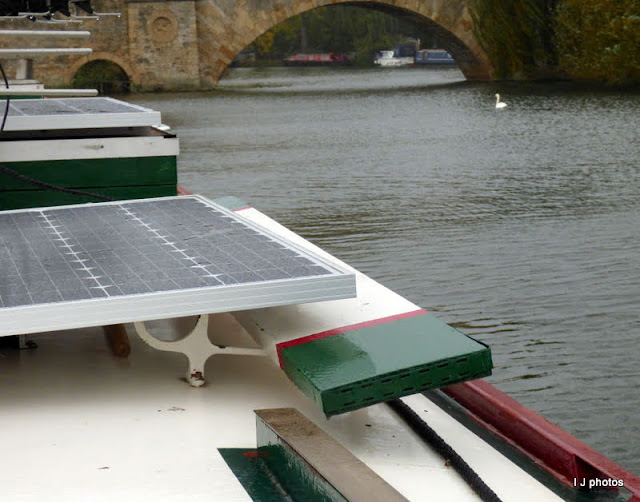 It's Ian's birthday today and as a special treat, I braved the wind and rain on the pretence of buying milk to purchase his favourite fudge and a large fruit and nut chocolate bar. (last of the big spenders, that's me!) Of course, I'm going to help him to devour them. Good of me to think of his waistline now he is a year older, don't you think?!

From being all alone on the meadow two more boats arrived late yesterday afternoon. They too took advantage of the posts in the meadow.  I'm not sure I would have felt happy relying on pins alone. 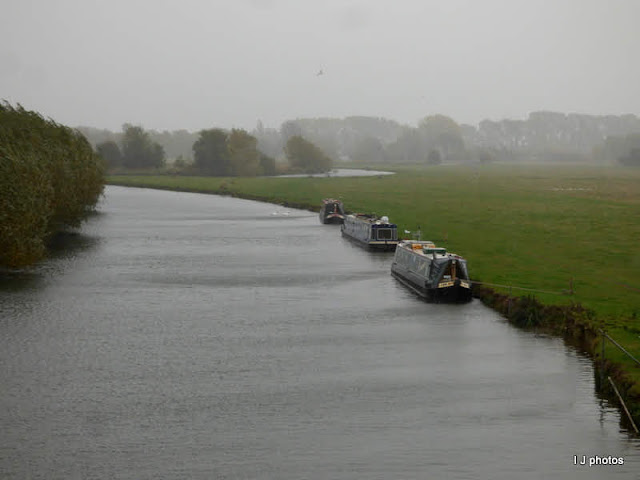 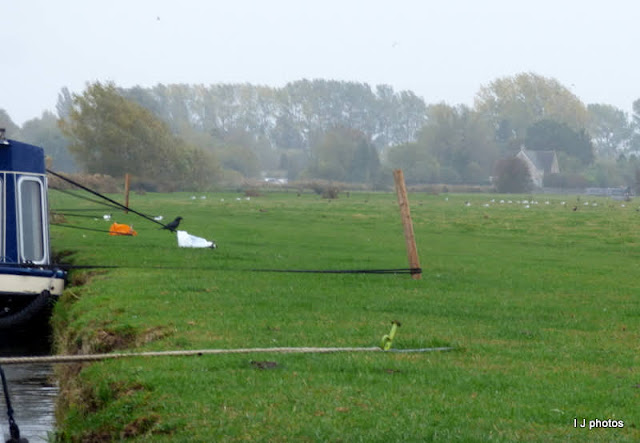 As the day wore on the gusts got worse. 40 mile an hour winds with FS going from side to side loosened the pins so much that Ian decided to put on a 'spring'  from the centre gunwale fender eye to another Rhond anchor and then tie back to the handrail. That worked a treat as FS no longer swayed. Hopefully, the storm will start to subside although looking on the met office website winds are due to pick up later this evening again. 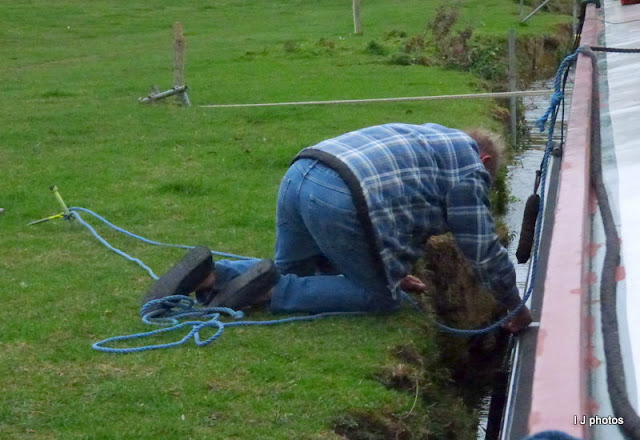 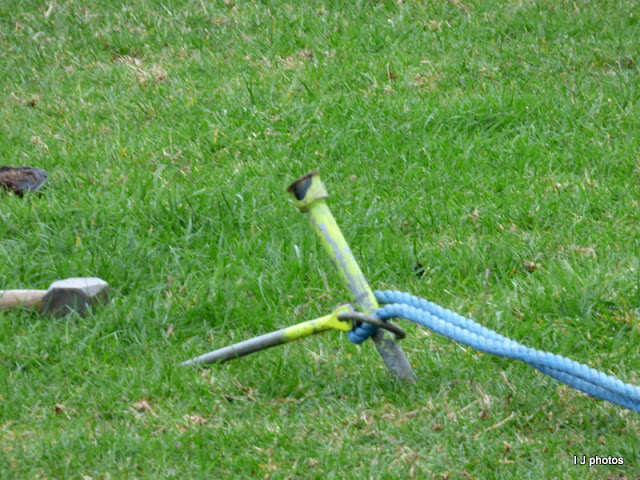 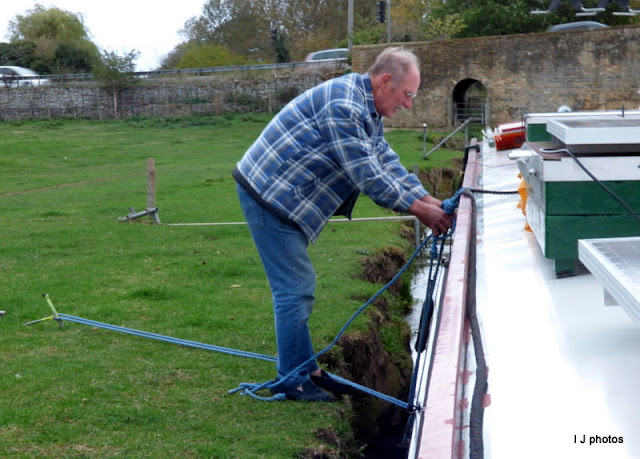 Posted by Ian and Irene Jameison at 5:35 pm

Rond anchors are at their most efficient if the shaft is right in line with the mooring rope with the minimum of angle between them. That way its a even pull all the way down the hook.

Hope you stayed safe all night

Hello Brian, funny how there are two different ways of spelling Rhond. Either I think is acceptable. We find this type of anchor on rivers the best way to secure the boat. Last night the wind picked up again and both anchors did the job perfectly. We have not yet had to try them on a rising river but both of us feel confident that we would be okay. Best wishes to you both. Xx