Metal hazard in the Harecastle tunnel

Smashing start to the day, a tad chilly but the sun was shining and all was well in our world. Setting off early we called in at the facilities for water and loo emptying. Icing came past just as we had finished and took the single lock. It wasn't long before they had ascended and a paddle raised for us by Stephen.

Last two locks of the day were doubles and in no time both FS and Icing were on their way to the Harecastle tunnel entrance. 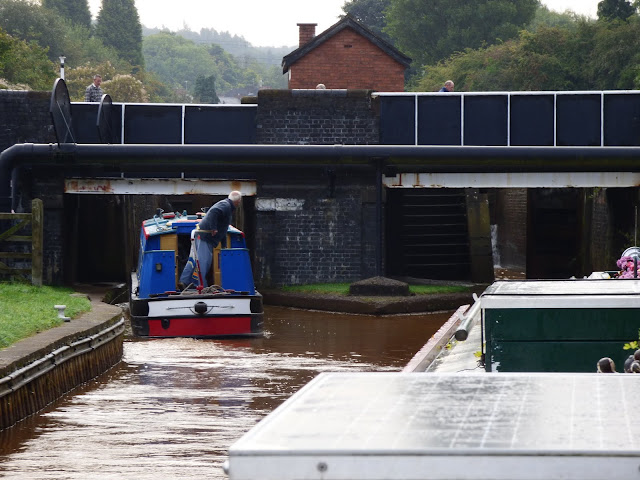 For my non-boater readers, the Harecastle tunnel is 2,414 metres,  1.5 miles long but that's nothing compared to Standage tunnel on the Huddersfield narrow canal which was opened to craft in 1811, at 5039 metres, 3.12 miles it is the longest and deepest on the UK canal system.  Harecastle comprised of two separate and parallel tunnels one built by James Brindley between 1770 and 1777 and the later "Telford" which is used today. Due to the amount of traffic and the slow process of legging, the Harecastle Tunnel had become a major bottleneck on the canal so it was decided to commission a second tunnel to be built by Thomas Telford  which was completed in 1827.  There is also said to be a  Harecastle tunnel ghost thankfully all the times we have travelled through the tunnel nothing had been experienced.  But..... we did see the skeleton.  More of that later.

Arriving when we did two other boats were already waiting for passage through. One way traffic only which could take anything between 30 and 40 minutes and we were told boats were already in the tunnel heading in our direction. Icing managed to tuck in behind the second boat but we had nowhere to go. Then the bow of the boat emerging from the tunnel appeared which forced us the remain before the bridge. 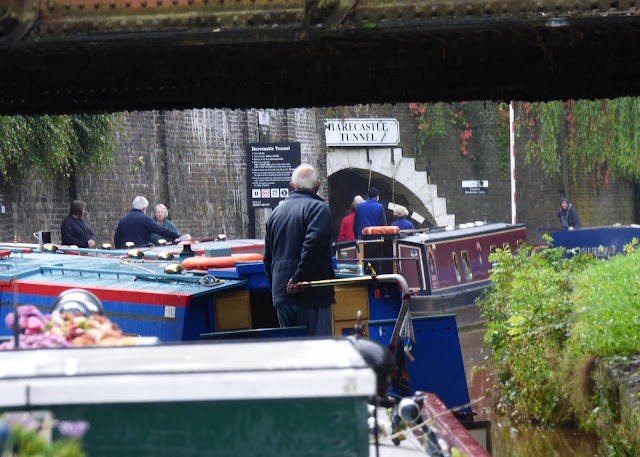 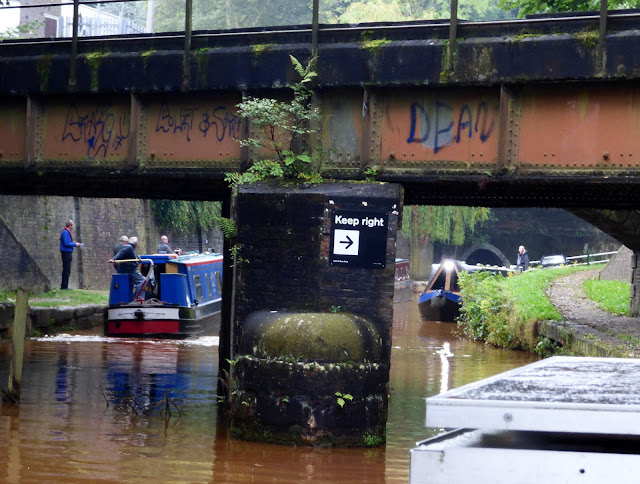 One more was due to exit but before it arrived we managed to breast up with Icing. As I wanted to be last boat (slowing down to look for the skeleton), I caused all sort of problems for the tunnel keeper as he wanted us to go third. The order of boats going through is most important for the tunnel keeper on the Southern side, making sure all boats are present and correct when they arrive. So out comes the tunnel keepers notebook and with a flourish from his pencil he scribbles out our name and changes the order. 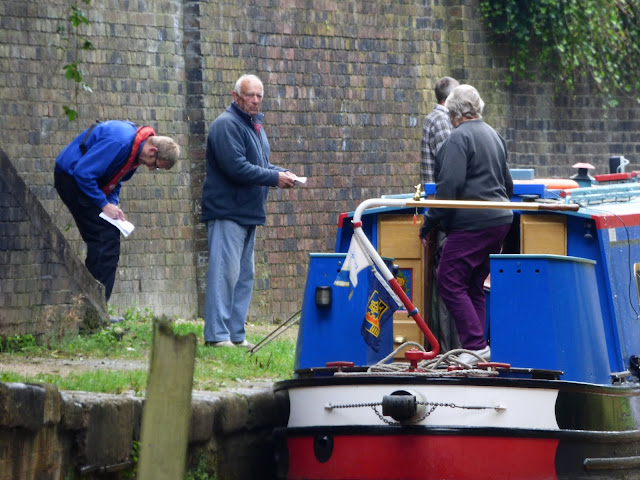 Some good-natured banter followed, they are a nice bunch these C&RT tunnel bods. Then suddenly I took notice of the second boat. It was Burnt Oak with John and Martina who we met on the way to Eldonian village last year.  Amazing who one bumps into when your least expecting it. Hopefully, we will meet again next month as both of us are heading toward Leighton Buzzard. 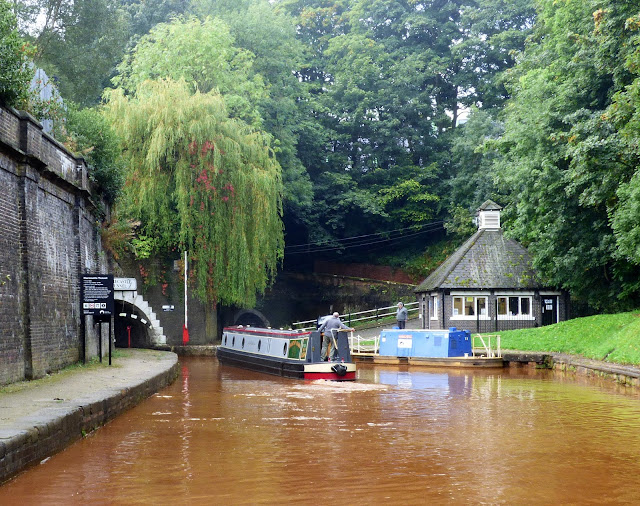 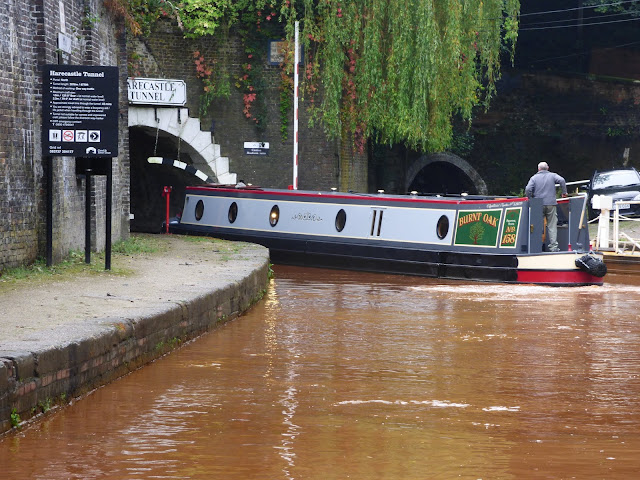 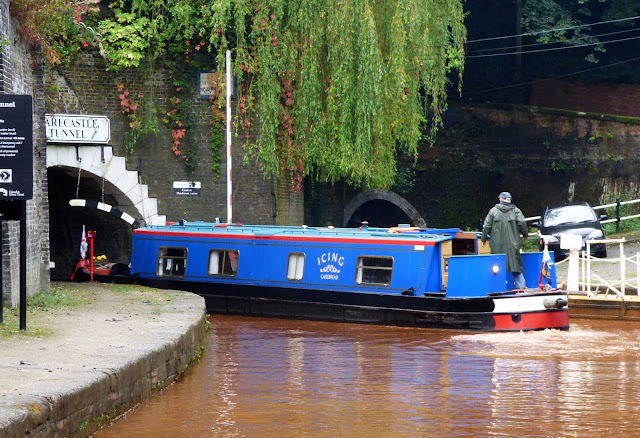 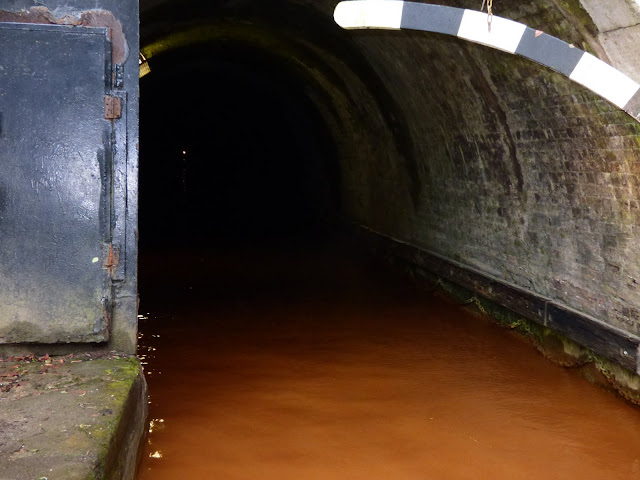 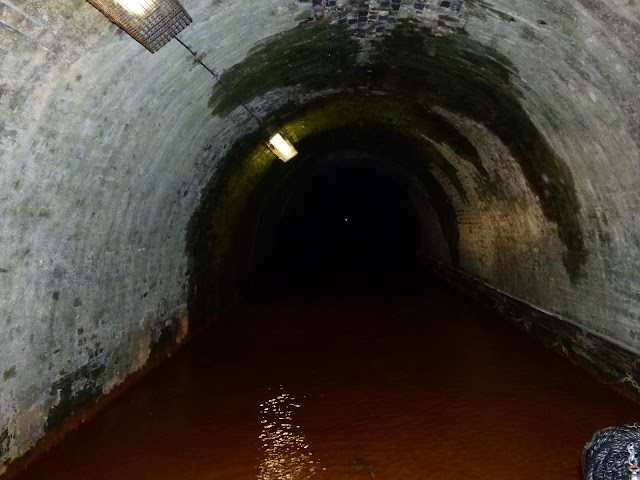 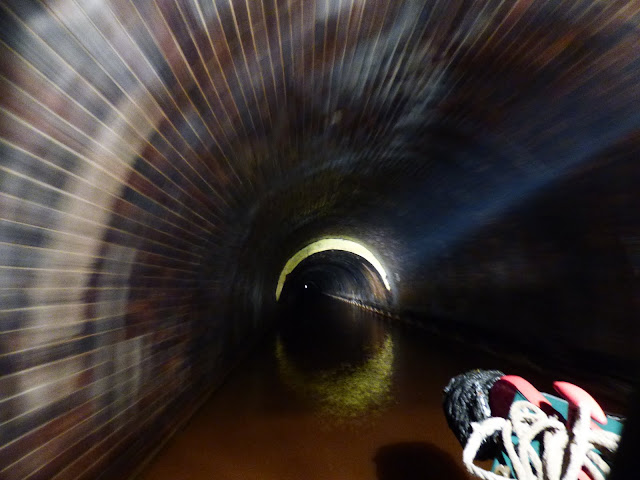 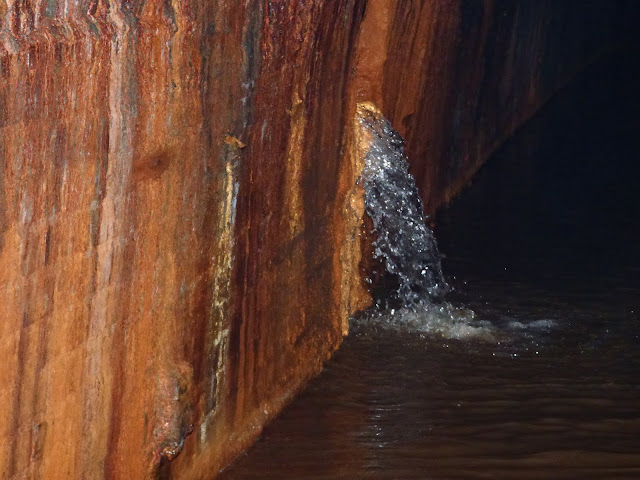 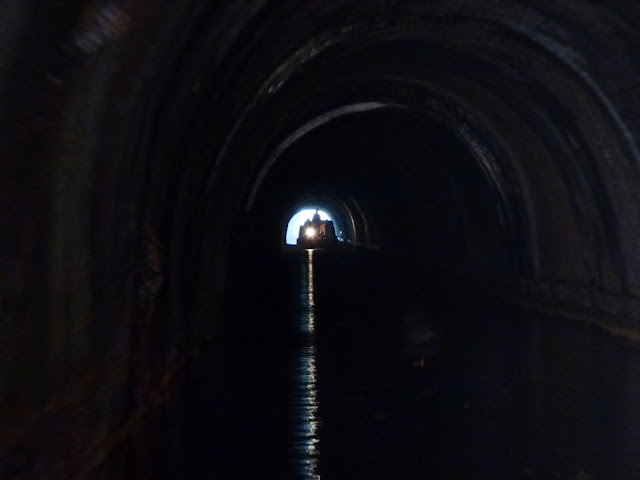 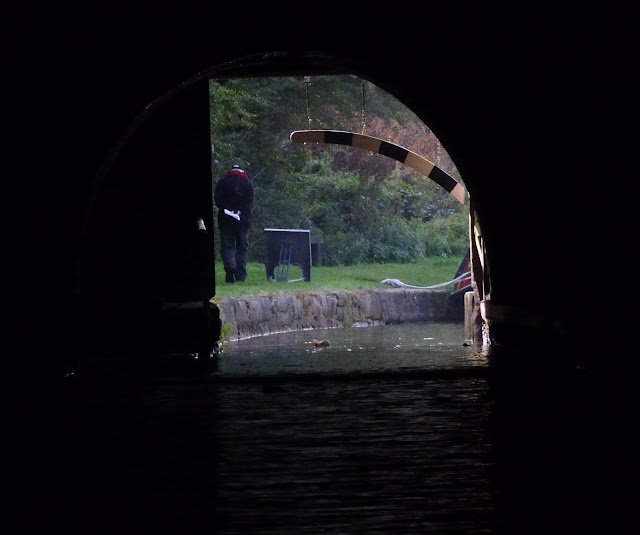 Out the South portal and the tunnel keeper phoned the North tunnel keeper to say we had safely made it through. Took us longer than expected because of the skeleton. Thinking it was about 100 meters in from the northern portal we eventually found it 500 metres in on the left side. The story of this skeleton is a strange one. It appeared one day much to the surprise of the 'then' tunnel keepers. They thought it had been painted by students during rag week and we first came across it in 2011 but it was around well before that. 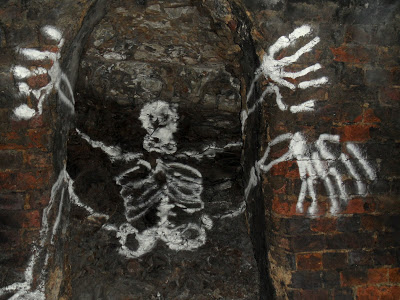 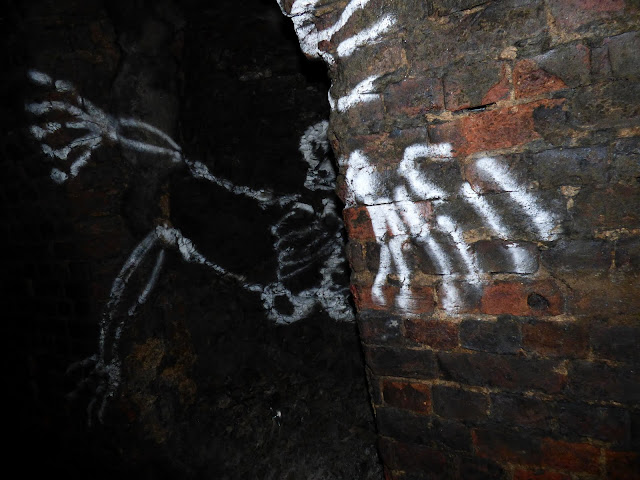 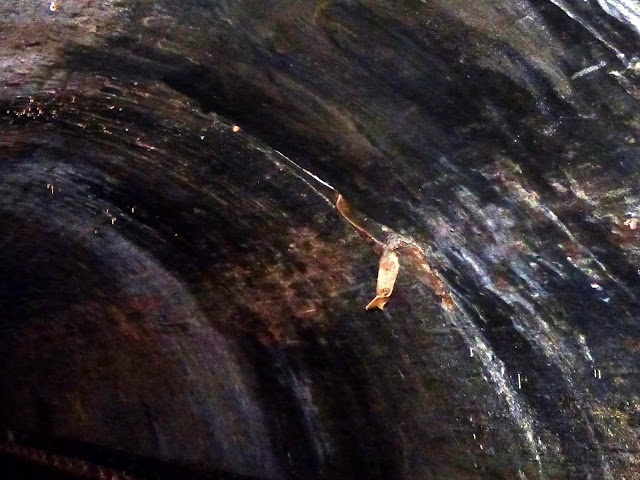 Sad afternoon lay in store as we were to say our farewells to Dennis, Margaret, Stephen and Bonnie at Etruria. We are heading for the Caldon canal and Dennis and Margaret were due to go home for a week. It's been a fabulous month cruising with them during which time we did the Llangollen and part of the Montgomery and look forward to meeting up in December. 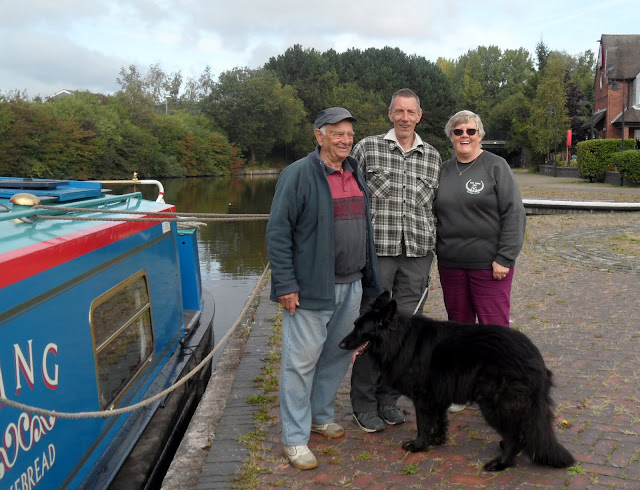 Leaving them to go into the marina, we cruised the half mile to make the turn onto the Caldon. Suddenly we were being shouted at by numerous boaters all lined up to descend the Stoke locks who thought we were queue jumping. Great delight to sail past those irate boaters and turn left! We stopped further along the canal but will post about that tomorrow. 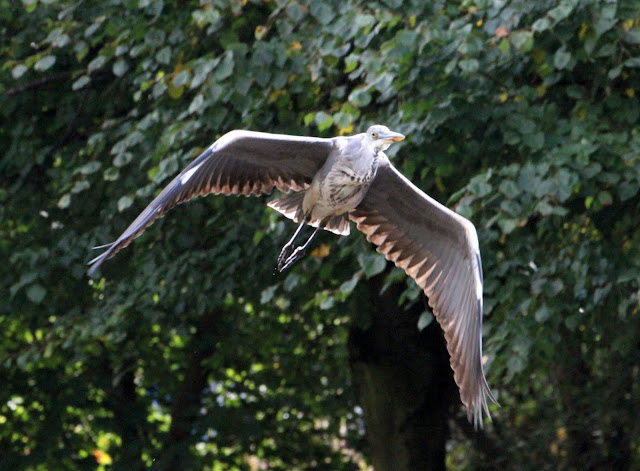 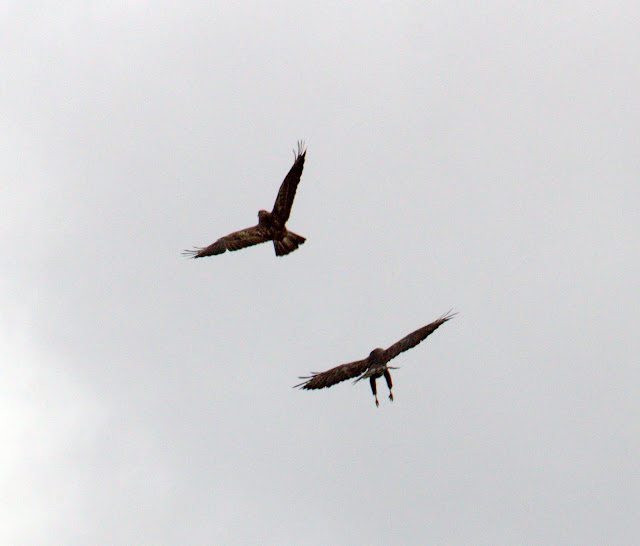