A chance meeting and why you shouldn't leave fenders down in locks.

We could have winded this morning, not a breath of wind or ripple on the water so fears of trying to turn against the wind were groundless . The hire boat behind us got away rather smartish, must have been about 8.15am, and so we decided to do likewise and follow on behind.

I quite fancied a walk especially as the stretch after 'turnover' bridge (also called a snake bridge when the towpath changes side) was full of birds, dragonflies and butterflies. 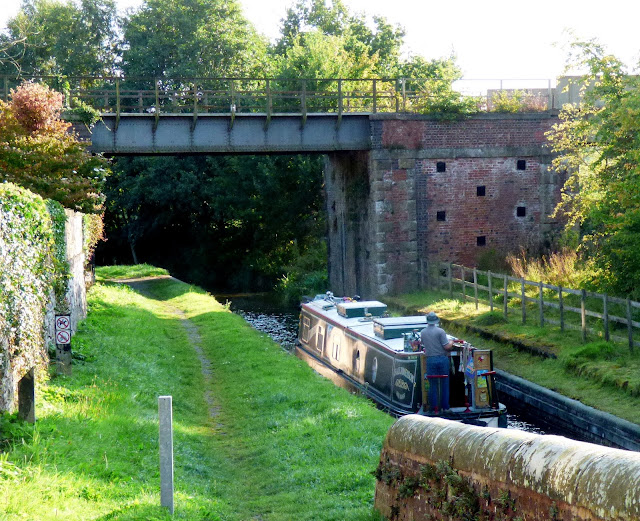 Unfortunately, not much wildlife this morning but a mile post grabbed my attention and took some photos of that instead. A plate on the bottom showed it to be the one John Baylis and wife Christine had erected in 1999. I mentioned yesterday the work John (ECP&DA member) had done on the Montgomery and John (knowing we were going down the Montgomery) asked Dennis and Margaret to look out for it. 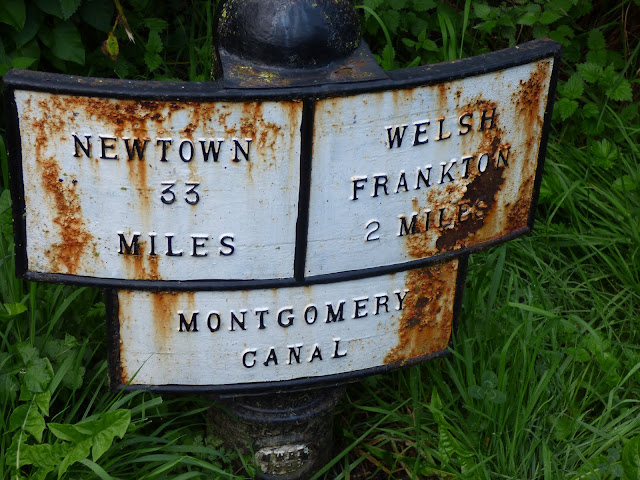 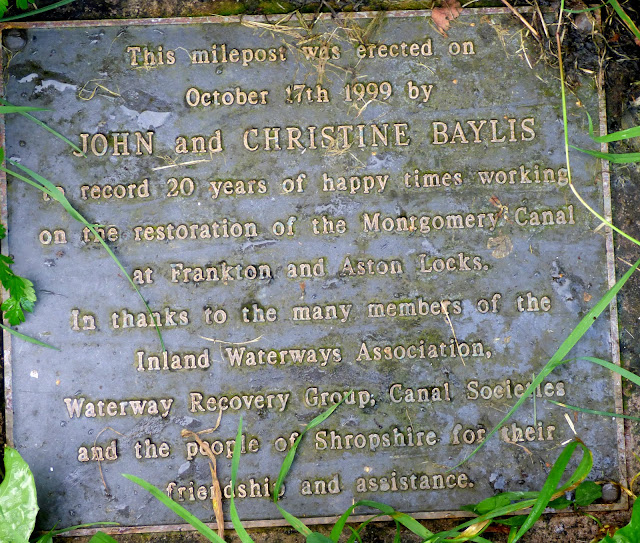 FS was way in the distance by the time I had finished with the photo and I had to put a spurt on to catch up. Mind you it means I get a few more steps added to the Fitbit watch. 8000 steps a day I need to do and the last few days I have been a bit slack on that front. 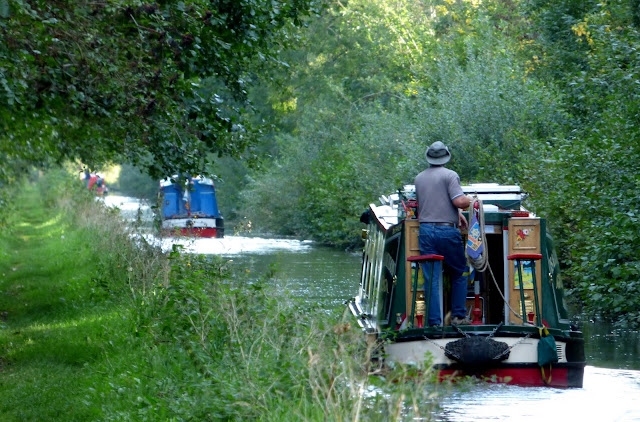 Hopped back on board at the aqueduct and in time to do Graham Palmer lock. A rise of about 1 foot. Not part of the original building of the canal but installed as part of the restoration project to compensate for ground subsidence. 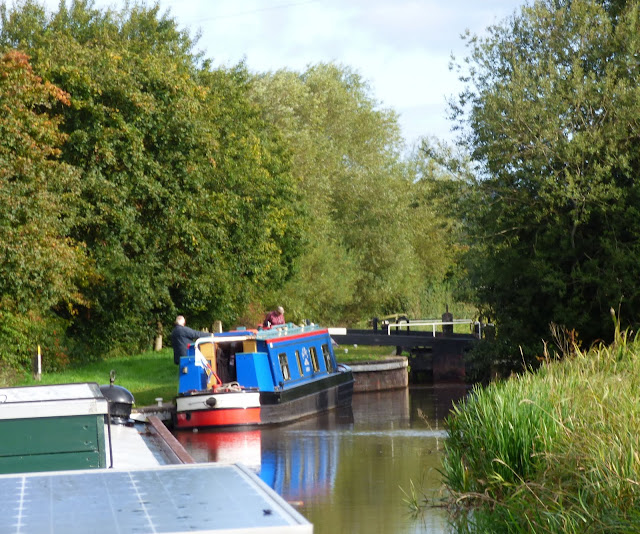 Not far off now from the bottom of Frankton Lock flight, just through the Lockgate bridge and a left turn past the disused Weston Branch (facilities and moorings here). 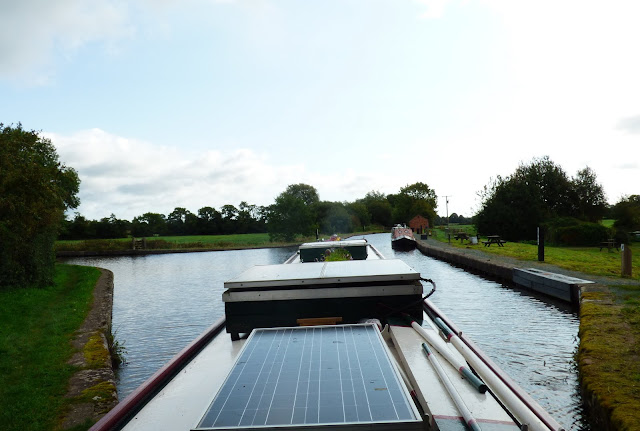 By the time we arrived at the locks 2 other boats waiting and because of such a short landing, the first boat nosed into the lock, the second boat pulled forward which allowed us to get onto the bollards. A further three boats turned up not long after and then we waited for the lock keeper. Gave me time to wash FS and also to find out by the other boaters that the Maesbury moorings were almost empty. Bu**er. Meant we could have gone to the end after all!

11.45 and the volunteer lock keeper finally walked down the flight with Ian who had gone to find him. The paddle gear was unlocked and got the first boat to go up. I offered to help him which was gladly excepted. Margaret stayed at the bottom to help the boaters going up, as well as those on their way down. 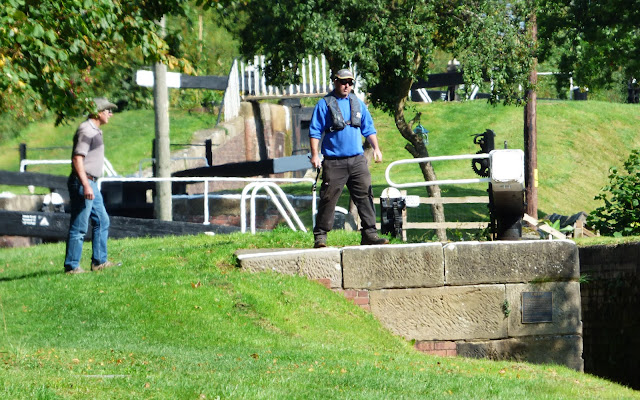 At the top all sorts of problems. Boats stuck in the silt unable to get into the lock and one boater with fenders down getting wedged in the second chamber of the staircase lock. Gavin (lock keeper) and I had to bring him back into the first chamber, Gavin climbed down onto the boat and with a massive effort managed to get the two starboard fenders lifted. (stern and centre). No photos as I forgot to take my camera.

All of this took loads of time and with boats waiting to come down and 7 going up, by the time it was our turn (3rd boat) it was near 1 pm before FS entered the bottom lock.

It was the third of the waiting boats to come down that I recognised, not just the name of the boat, but the border terrier sitting on the hatch slide. None other than Linda and Carl Nb Lady Aberlour
with the adorable but aloof Tricky. What a surprise although I did know they were on the Llangollen. Like us, they had had a long wait to come down and funnily enough it was on the pound between the staircase and third lock that Ian and Carl passed each other. Great to have met them even though but briefly, so nice to say hello to another of the blogging community.


Finally made it up the flight a tad before 1.30pm and Icing about 15 minutes later.  Right turn onto the Llangollen and within an 90 minutes had made it back to Ellesmere. Now we have battened down the hatches ready for the high winds coming in tonight. Not under tree branches so no chance of any falling on FS but the warning on the Beeb has asked people to be vigilant as trees could come down. C&RT may well be busy tomorrow clearing the debris!

And wildlife (at the moorings and seen on my walk) 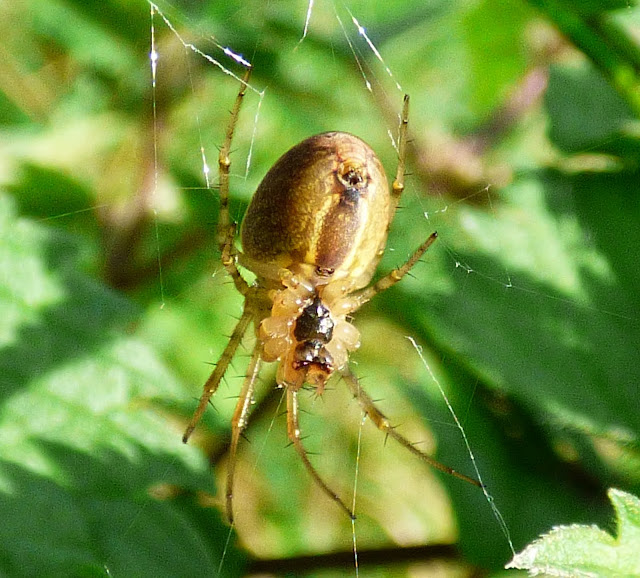 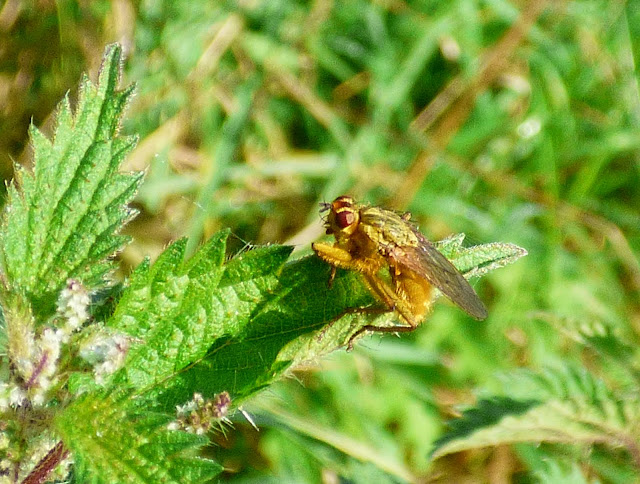 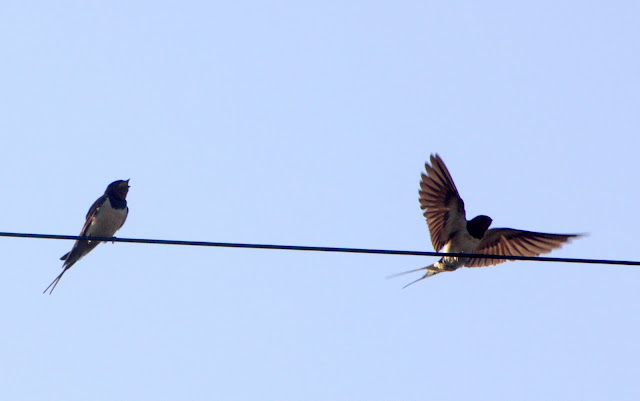 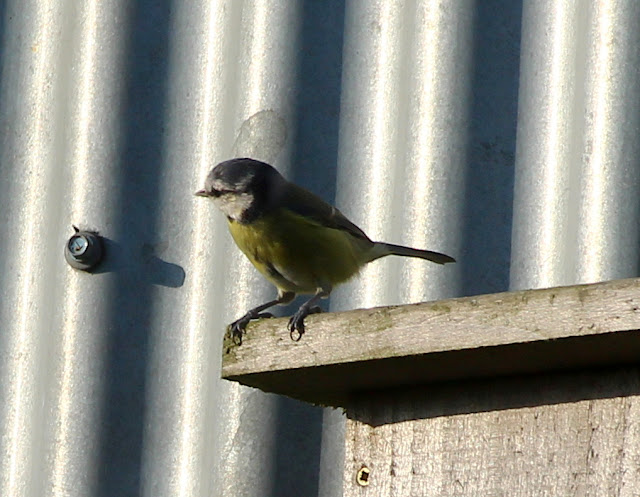 What an interesting life you live . . . adventure, boating friends, wildlife, great paths to walk, and the relaxation of living on the water. I think it is wonderful and your narrow boat is lovely. Tell me, are there fish in the canals and do you catch any for your meals?

I loved the photos, especially the one of Carl in the depths of the lock. Would you mind if I borrowed it for my blog this week? Happy boating till our paths cross again
The Floating Chandlers x

Great photos as always Irene. We have yet to do the Montgomery as there was not time when we were on the Llangollen last year. Sue and I walked a short way up and we will be back. Well done on your 8000 steps - I need to lend you Monty - my target is 10,000 and when we are boating I rarely do less than 15,000!! I am on 'light duties' at present as I have a bit of a problem with my left knee and I have still done over 10,000 steps today! I am sure most of them are up and down 59 foot of narrow boat! Cheers Jennie xx