We certainly had some rain last night and a disturbed night sleep came as a result. Seeing as how we had moored under trees there was a constant bombardment of drips.  But this morning the sun shone and a perfect time to head over the Pontyscyllte aqueduct.

This 'Stream in the Sky' was an amazing feat of engineering by Thomas Telford and William Jessop and completed in 1805. It has 18-arches made of stone and a cast iron trough of 336 yds (307 m) long, 4 yds (3.7 m) wide and 5.25 ft (1.60 m) deep and took ten years to design and build. It is now the oldest and longest navigable aqueduct in Britain and the highest in the world. Not for the faint hearted as the offside has no rails to keep one safe. But what an experience to look down with nothing between you other than a 4" bit of steel! 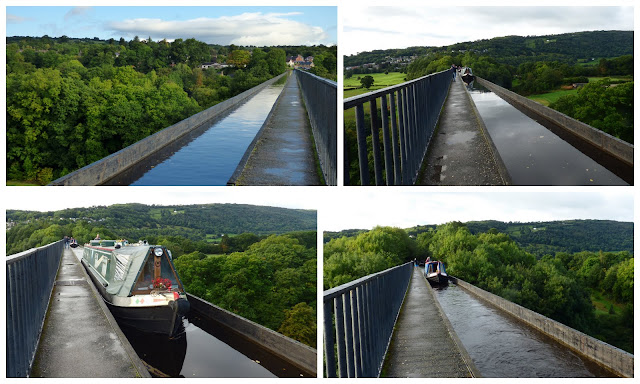 Being a Friday and turn around day for Anglo Welsh at Trevor, the hire boats were coming in thick and fast. Mainly from the direction of the Llangollen arm and the staff were busy reversing boats into the basin. Making the turn therefore into the arm was quite difficult made worse by another boat waiting to cross the aqueduct. I had forgotten how slow the going was just to do the 6 miles to the end. Most of this part of the canal has a narrow concrete channel and the water funnelling through from the River Dee slowed FS almost to a halt, especially through the bridges and the narrows. Ian was sent ahead when we reached the narrows as only one passing place along the 300yd length and we didn't fancy having to reverse if another boat had entered from the other direction. 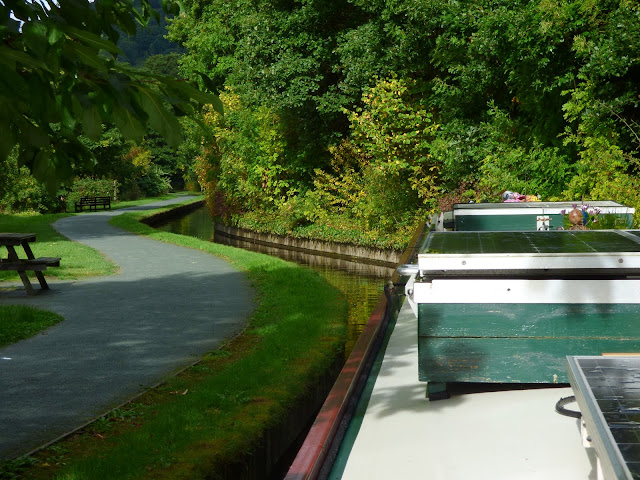 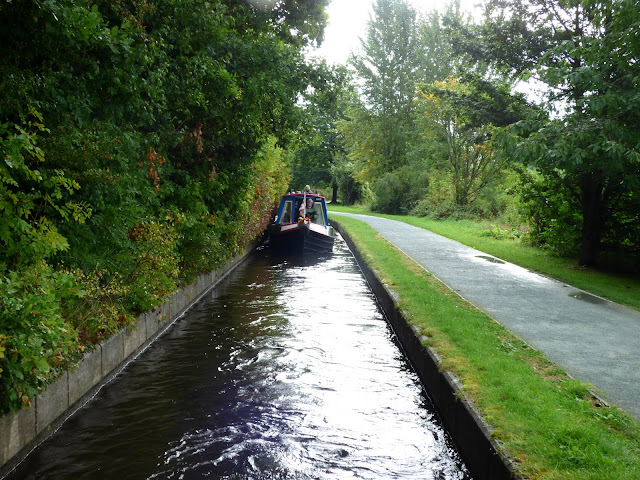 Three hours it took to do the 6 miles, as I said earlier, very slow going and quite relieved to get to the basin to wind. Pontoons were available but we also had the pick of those along the canal by the steps leading down to the town centre so decided to stay on one of those. All moorings to be paid for and at £6 a night for electric and water, not a bad price. It's off to do the steam train tomorrow. We have managed to get the last 4 tickets on the 18.30 real ale train. 3 hours duration with a double trip so the question is, how much can be consumed in that time and will we be sober enough to leave on Sunday? Will let you know tomorrow!

And seen on route, 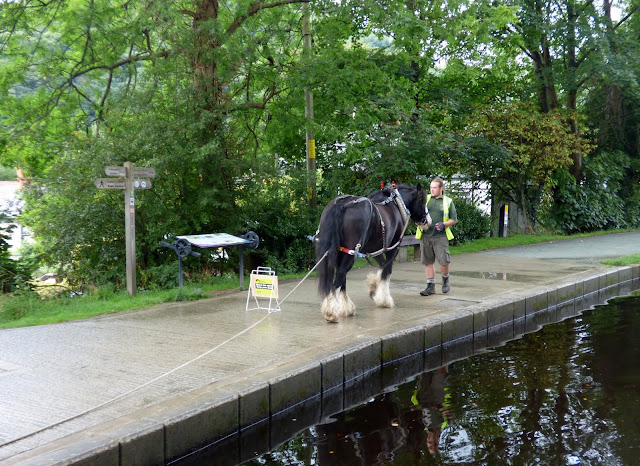 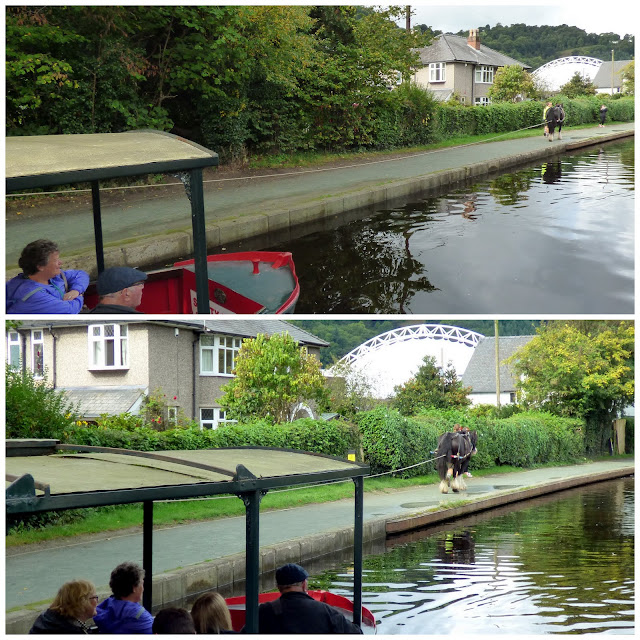 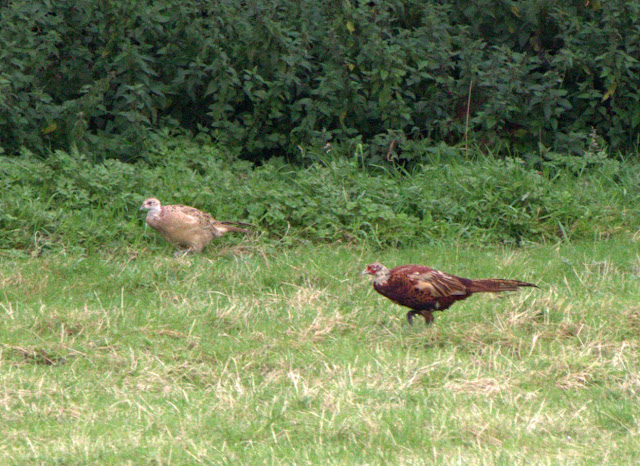 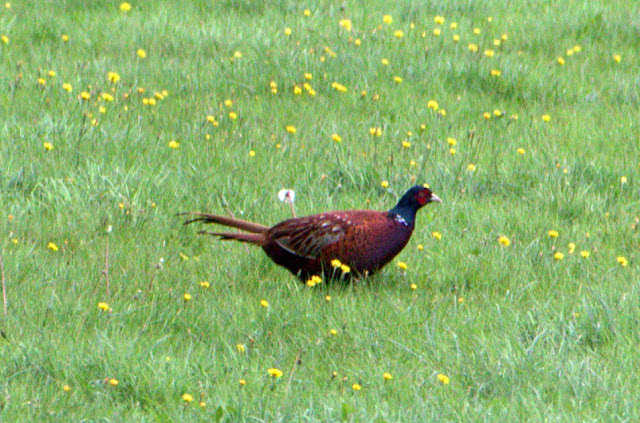 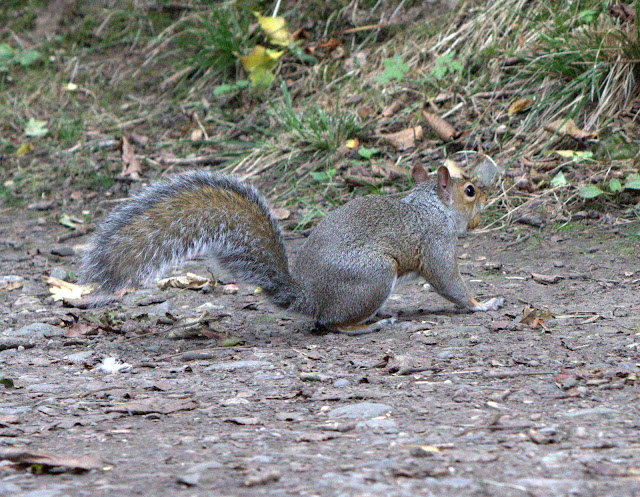 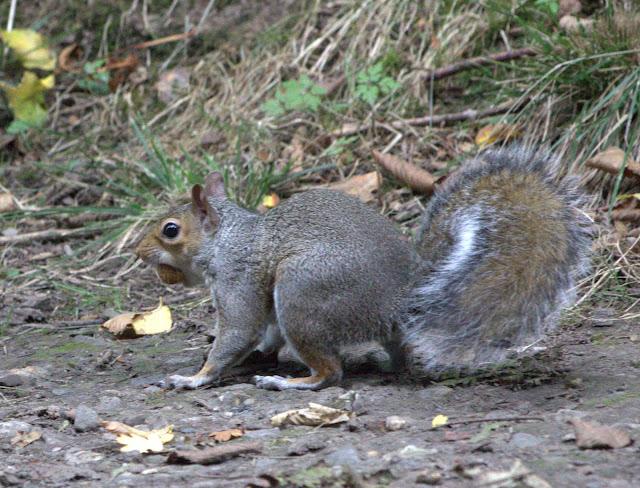 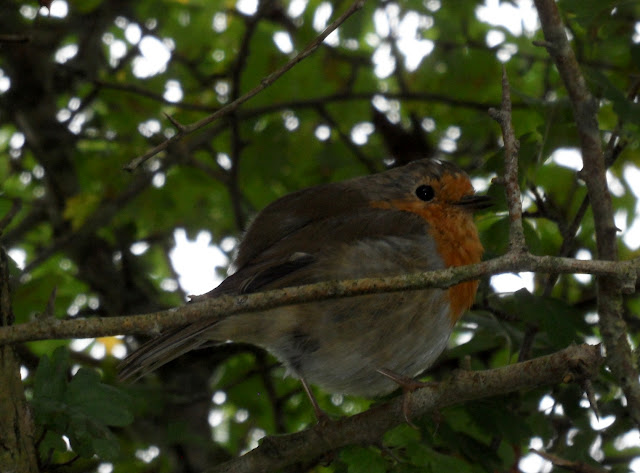 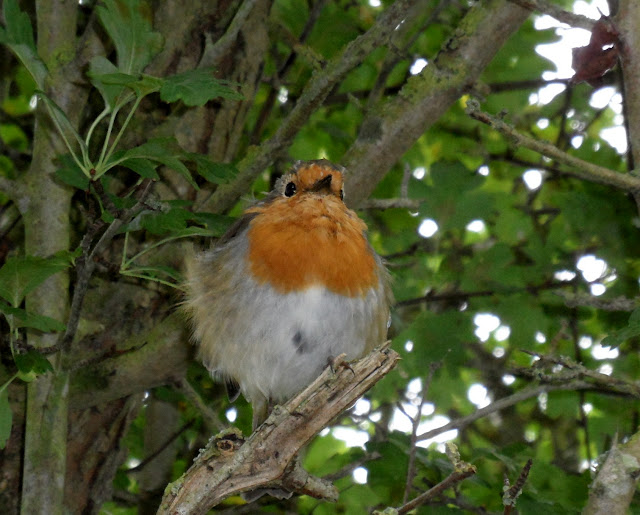