It's all about Ned Kelly

A small town like Beechworth and you couldn't imagine the number of things to see and do. We knew about the Ned Kelly connections but hadn't realised that the town grew up on the gold rush days of the 1850s. 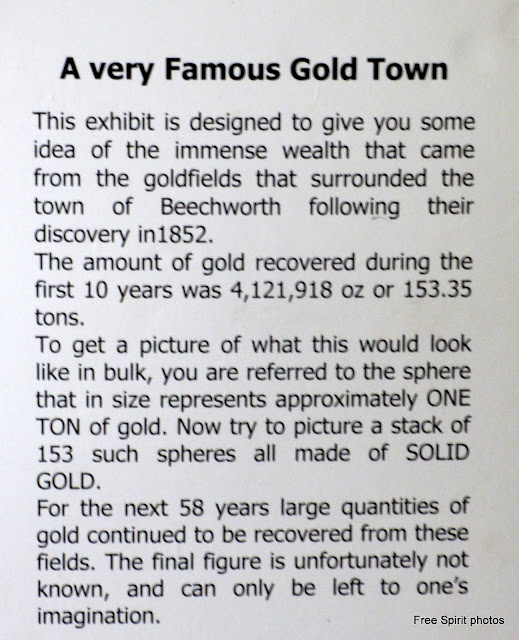 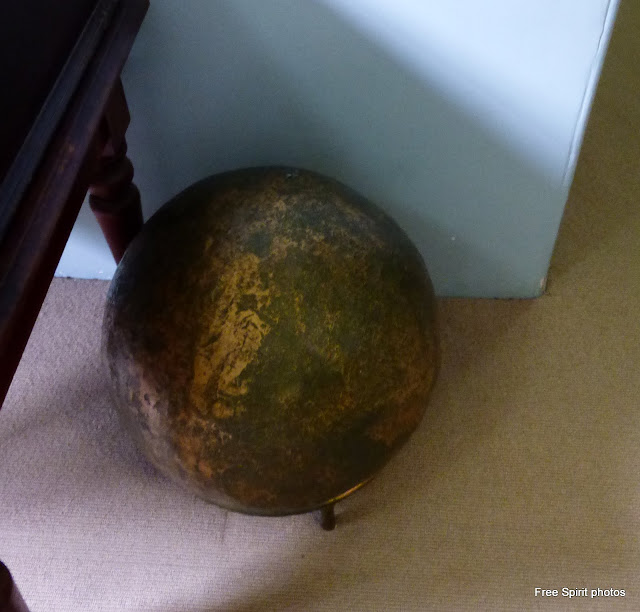 Ned Kelly was what we had come for and a small fee got us into the courthouse for a look around. 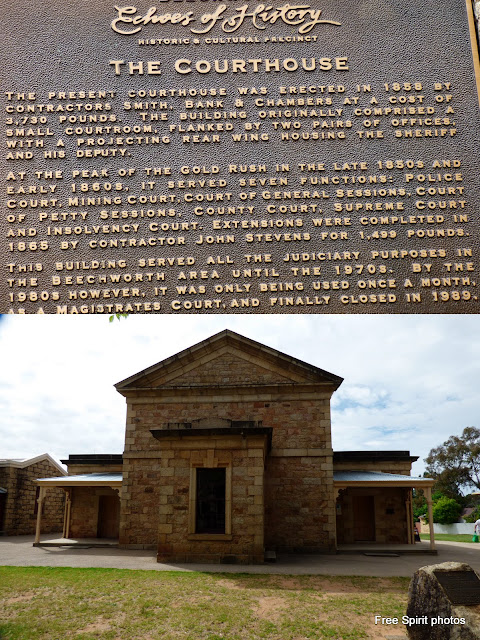 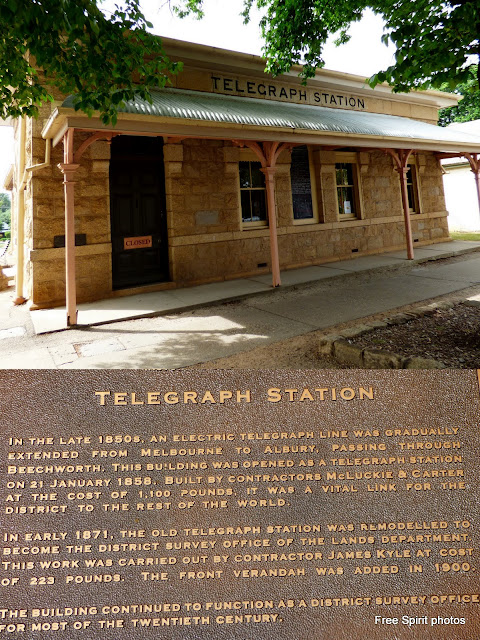 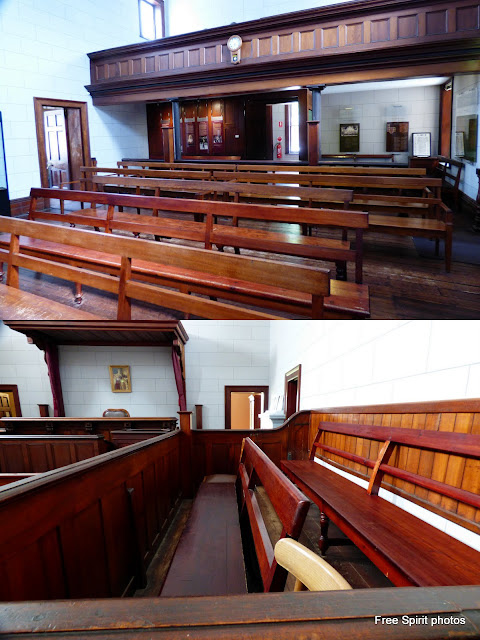 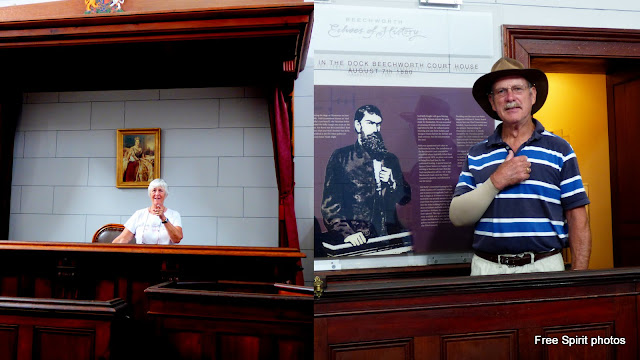 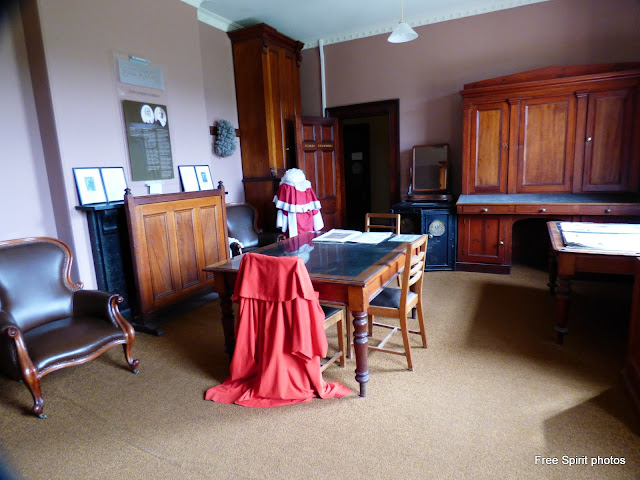 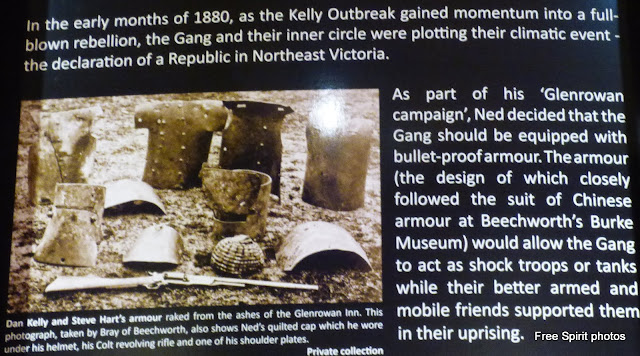 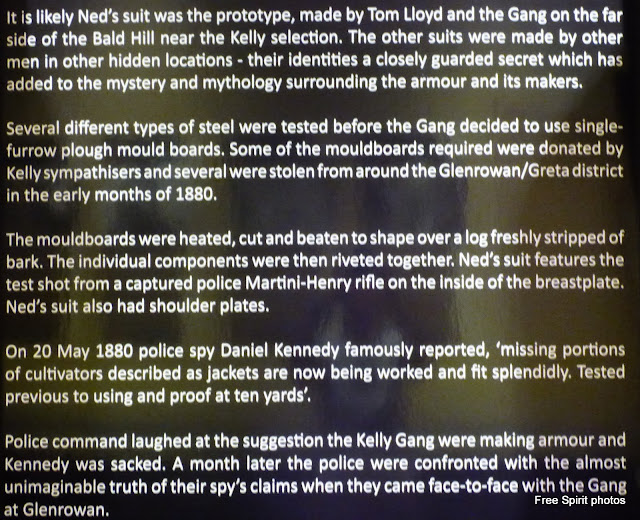 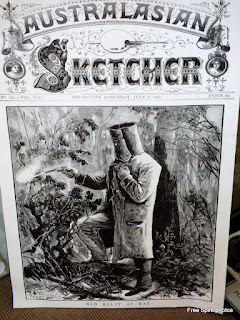 Yesterday on our way to Beechworth, we drove past Glenrowan also very much Ned Kelly territory. In fact, he lived only 10 minutes from the town and this was where the 'last stand' took place and ultimately his capture. He was shot 28 times, his armour helped him to survive. So deciding to drive back (only 40km) we wanted to learn even more of his history. Here we met a very colourful character called Roger Hempel the owner of the museum. At 80 he claimed that he was the last of his line to be directly linked to Ned Kelly. His great-grandmother butchered the cattle they rustled and then sold back to the original owners. Another of his ancestor Herman Hempel was the blacksmith who supposedly made one of the metal suits.  Having been enthralled with his knowledge and storytelling. (Not sure how true it all was but he was very convincing) we paid to look around the museum and take in the show. All I can say it was a Walt Disney themed show, a bit rough around the edges but filled with humour, horror, fright and thoroughly entertaining. 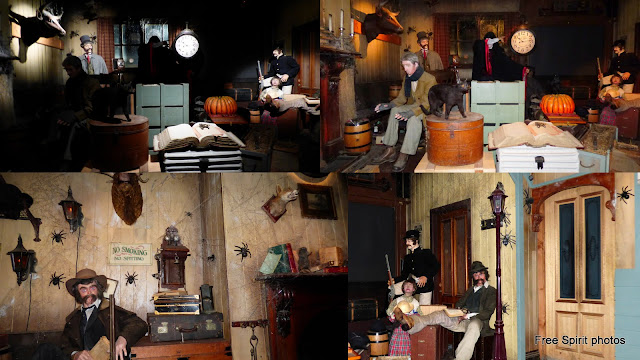 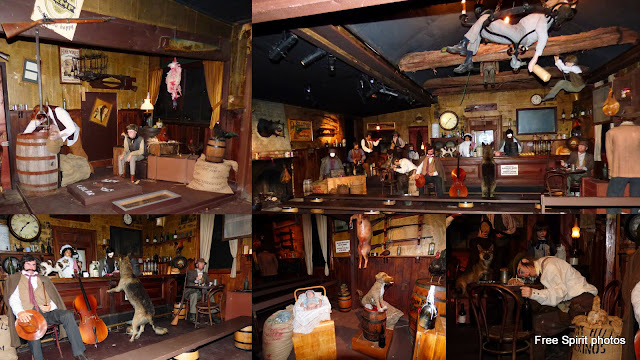 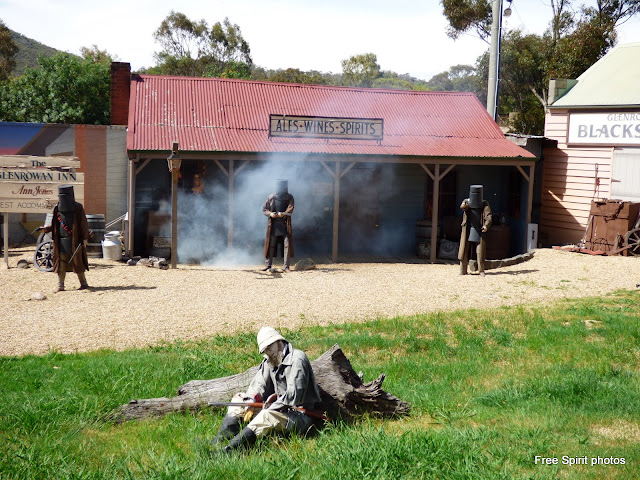 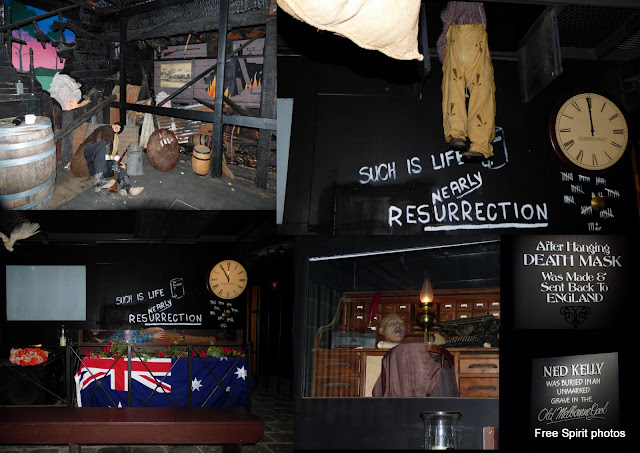 The day wasn't just about Ned Kelly. We took a drive along the gorge at Beechworth to risk live and limb to see the Spring Greek Cascades. Climbing down smooth rocks as well as rugged terrain (no path to follow) we had a spectacular view of the cascades. 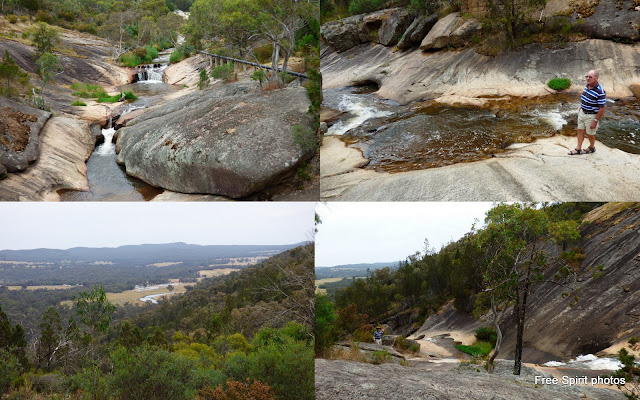 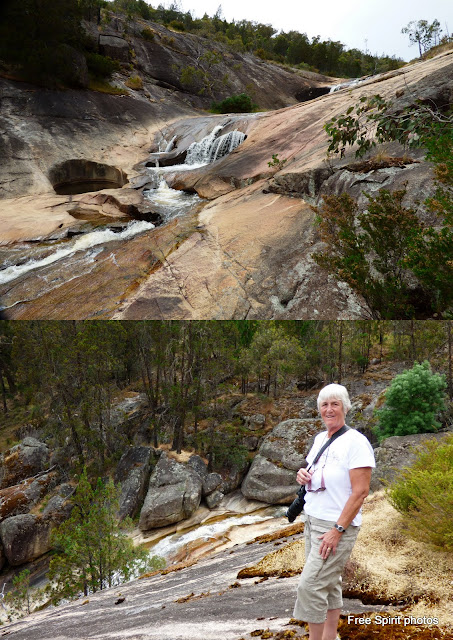 'Twas a long day and instead of cooking we treated ourselves to a 12" pizza. Would have sat outside to eat but those flies..... Now that the temperature is rising they are out in force! 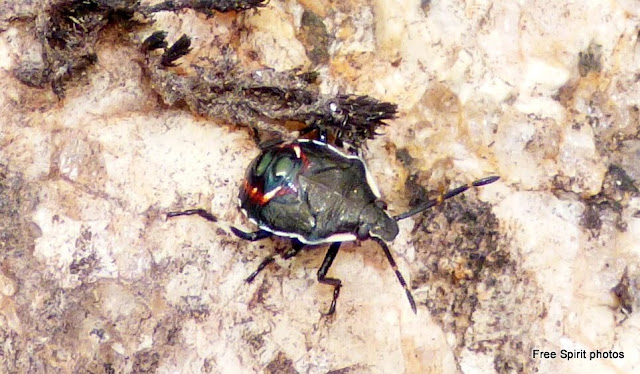 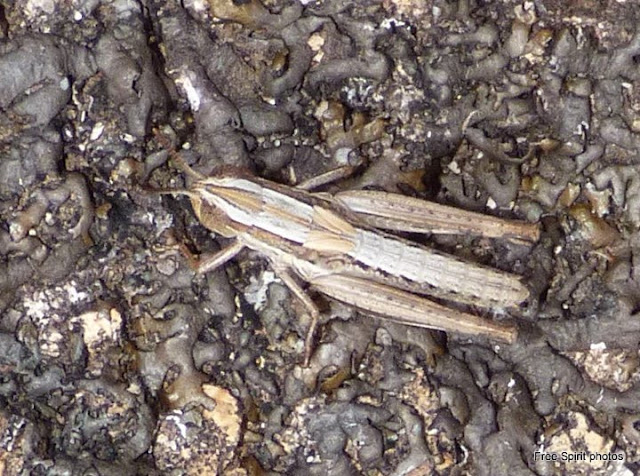 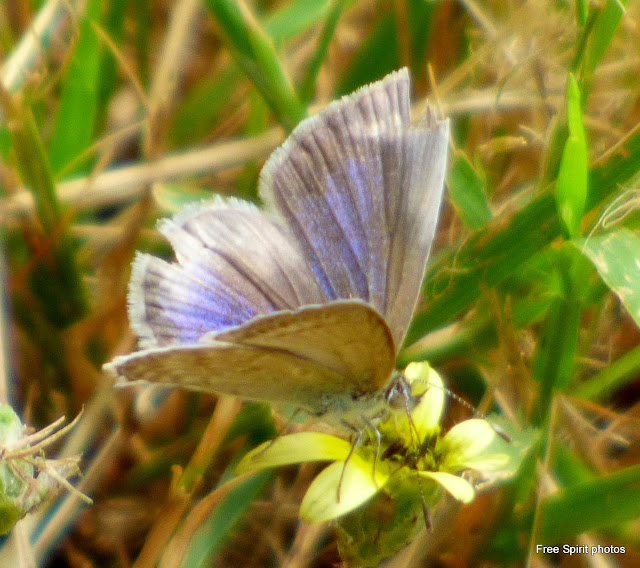 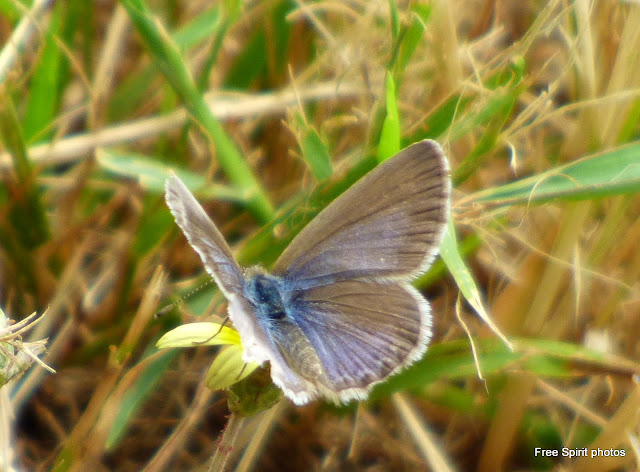 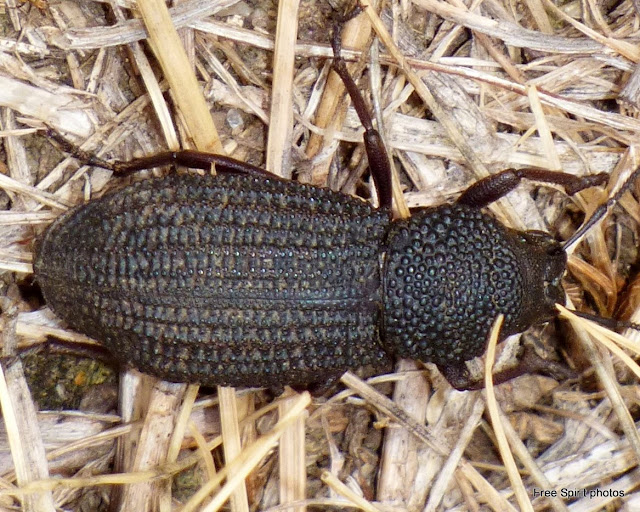 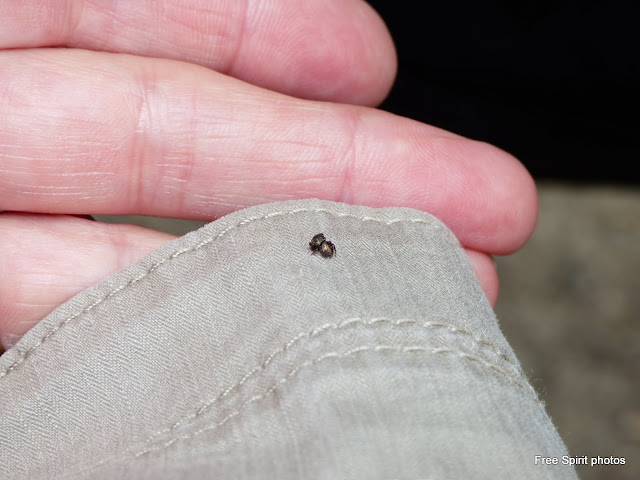