An early Christmas 'Down Under'

Glorious day greeted us for the journey up to Liz and Rich's place in the back of beyond. A three-hour drive heading North to a place called Bulahdelah. From there another 30k of an unmade road before we reached our destination,  30+ acres of dams, paddocks, and bush.  Our other niece Jen and fiancé Eddie had already arrived and with the greetings all done and dusted and the teas and coffee drunk we had the tour of their estate. 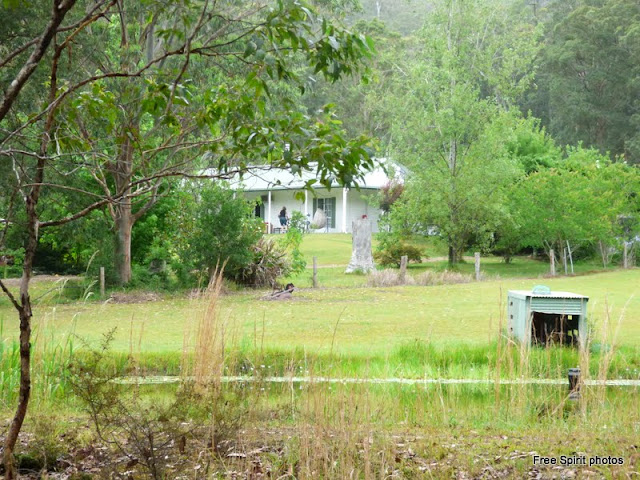 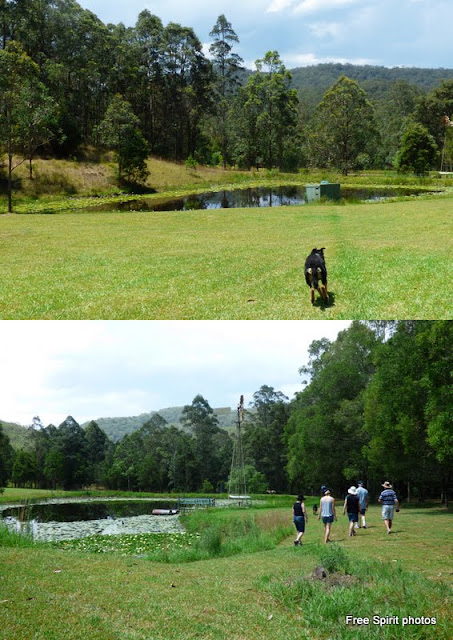 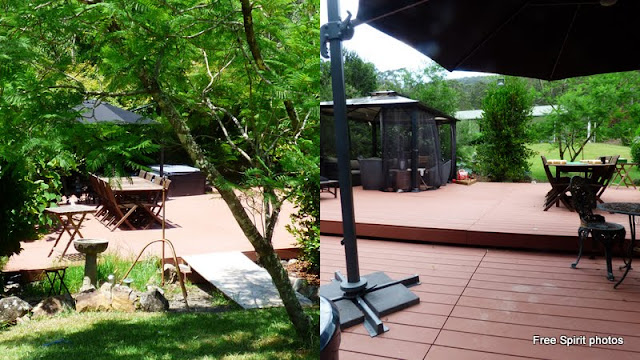 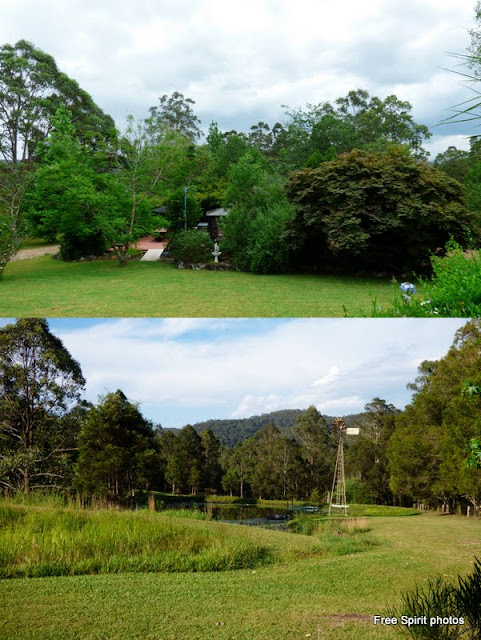 Hot work walking around all that acreage so when a champagne spa was suggested we didn't need asking twice and a quick change into costumes and straight in. 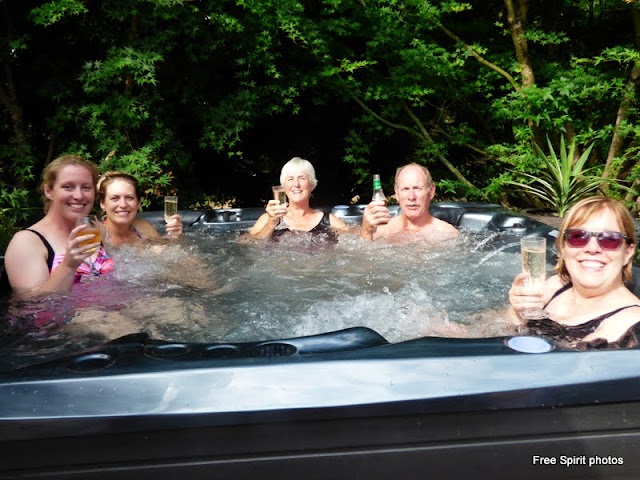 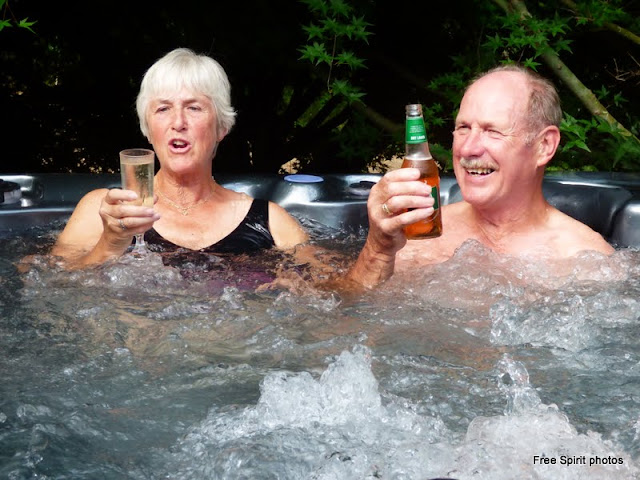 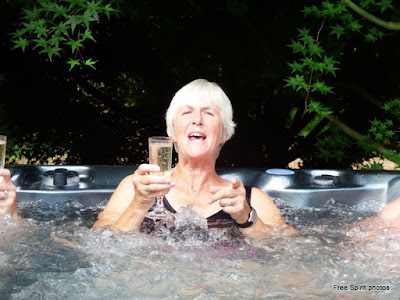 The dogs all took the plunge too but not in the spa I might add, no the dam was much more inviting and even my brother's dog Neddie, slowing down a bit now that he has reached the grand old age of 13, decided to have a swim.

Christmas dinner and the traditional turkey and roast potatoes but a huge plate of prawns also accompanied the meal. After the meal, Rich insisted on a game of Jenga before dessert. With the light fading fast Sally and Andy had to serve this in the dark as the game went on for longer than anticipated. 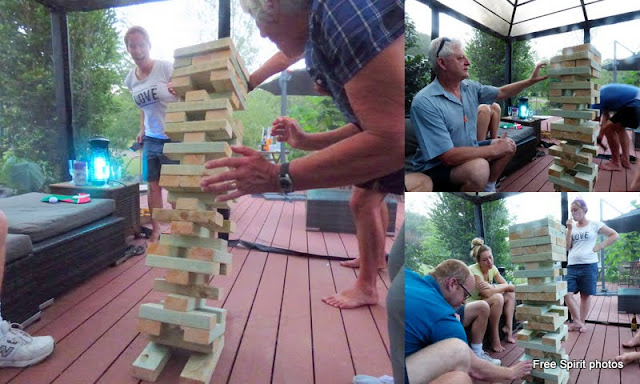 The only downside to eating outside was the huge Bot flies buzzing around. Fly spray didn't deter the blighters and as soon as we finished the meal it was a dash into the screened patio.

That evening the presents were given out but not before those poor dogs were all made to dress up in Christmas outfits and even the cat, Sunday, was subjected. That didn't last long with Sunday deciding enough was enough and hid under the tree with the baubles, a much safer form of entertainment 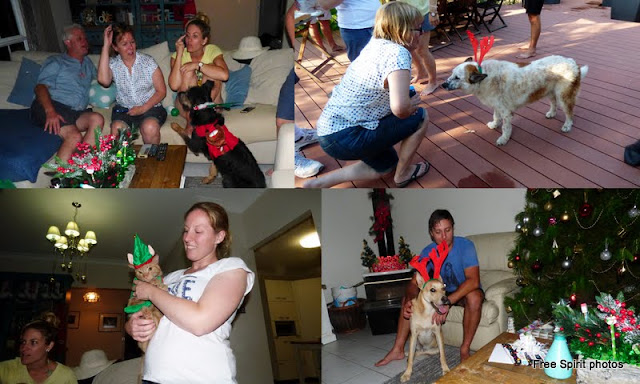 Breakfast all done on the BBQ. Full English with the eggs coming from Liz and Rich's four hens. You can't get fresher than that! 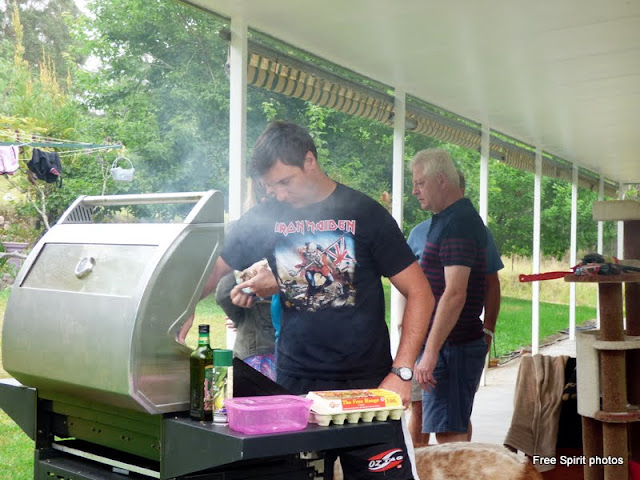 After breakfast and with the boys trying to fix the quad bike us girls left them to it and headed for the paddock. The two ponies had been given to Liz and Rich by the previous owners and Liz wanted to see if they would lunge. 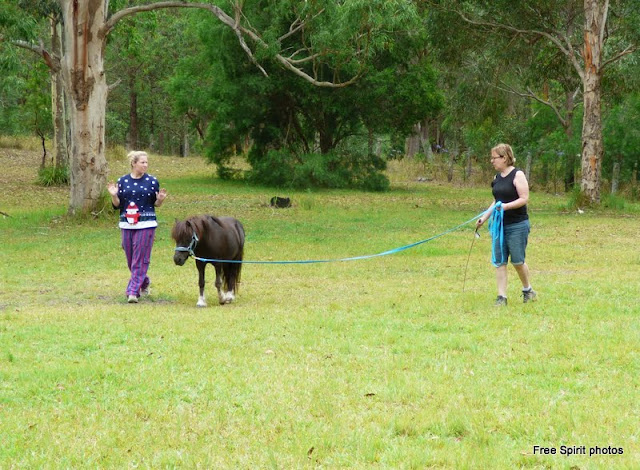 Not too bad with Shaker (grey) but Charlie had it on him that day and tried to play up. Several attempts to rear and get away and he may have been feisty but Sally had the firm hand and he soon understood what was needed.

All too soon it was time to leave. On the way back to Sydney we had another stop to do. A place called Newcastle and Jen's and Eddie's place. What a lovely place to live with the beach within walking distance. Didn't get to see the beach but we did get to see where they would be getting married in March. An outside ceremony overlooking the bay.


I
It was time for us to leave, the goodbyes had been said my brother opened the boot of the car to throw a few things in, shut it and then.......suddenly it dawned on him....he had shut the keys in the boot! None of the doors had been unlocked and no way of getting into the car. Oh well a phone call to the NRMA ( similar to our RAC ) and a wait of another couple of hours at Jens and Eddies with wine thrown in as consolation, it was all over within seconds when the chap arrived. A special tool down the side of the window and the car door was open. Luckily the boot could be opened by pushing a button on the dash and the key was then retrieved. So it was late when we eventually arrived back at Thornleigh but what a great weekend away and even the locked car made for a memorable time.

Posted by Ian and Irene Jameison at 9:40 pm