Could we be in for a hauntingly frightful night

The intention was good this morning. Leave by 9am and get to Rugeley before all the moorings were taken. Didn't quite work out that way as we had to wait for John to read the electric meter and bill us for electricity used. Just 13 units in total and what a surprise, John told us he wouldn't charge us for using such a small amount. We had, after all, frequented the bar every night and spent money in the club house. So pulling pins at 10am we headed for Great Hayward.

Tad chilly today and that wind was a right B. I did wonder how we would get on trying to turn right at Hayward Junction as this is a notoriously bad place to turn in strong winds. Thankfully we reached the junction a few minutes before another boat who wanted to wind. He waved us through the bridge 'ole first so I was able to put a bit of power on to get round.

Having joined the queue at Colwich lock with 2 boats in front (Ian was told at Hayward lock that 5 boats were waiting to descend and we did hope for them to have cleared through by the time we turned up) we eventually got down only to see another 6 boats waiting to ascend. Talk about a busy lock. Could be something to do with how slow it fills. Still we were on our way and I did feel sorry for that sixth boat. We turned up at Rugeley by 2ish only to be confronted by wall to wall boats. If Tixell Wide was empty then Rugeley was the opposite. We stopped at the very end of a line of boats and Ian walked round to see if there were spaces available nearer the shops. He came back shaking his head so we decided it was better to stay, although I'm not a big fan of this mooring as it is right opposite the cemetery. If there are any ghosts out there please give yourselves a night off  'cause I don't want to be woken up by any strange noises or mysterious beings! 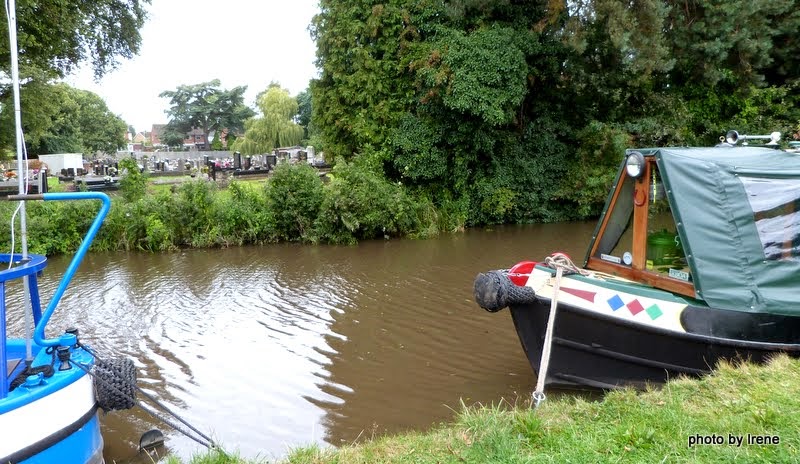 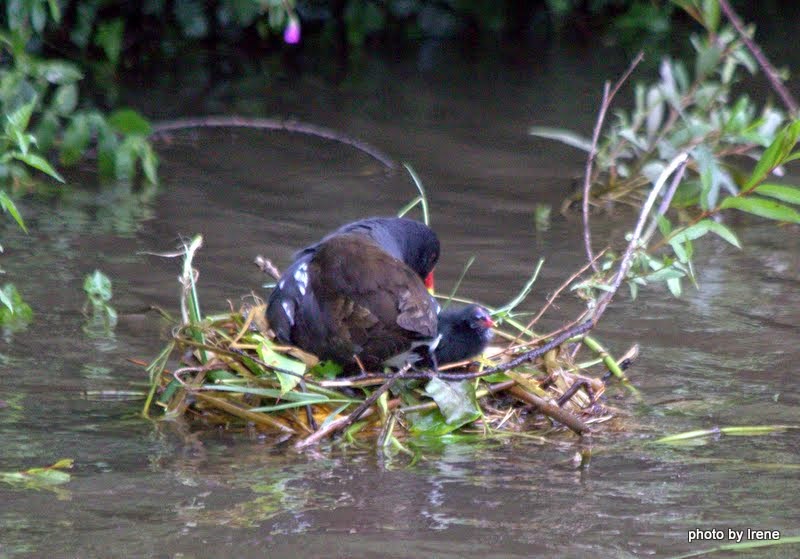 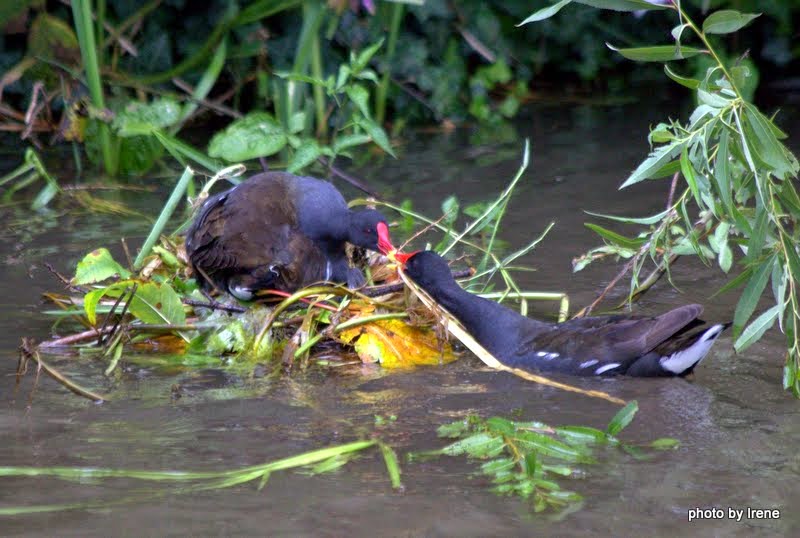 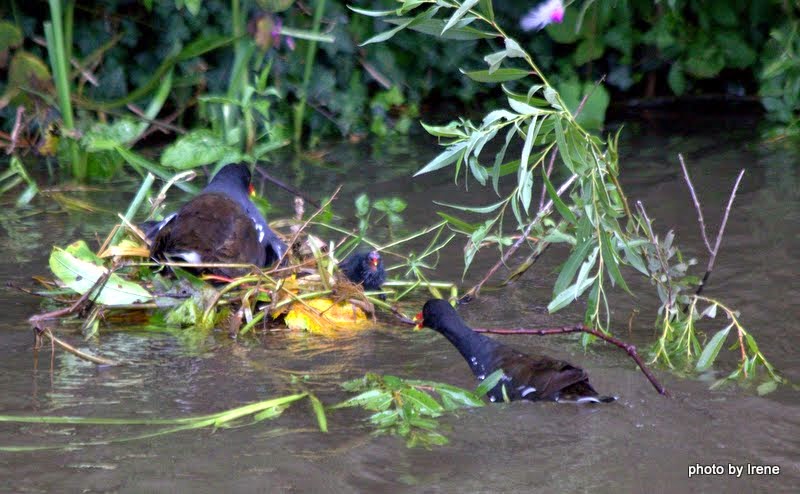 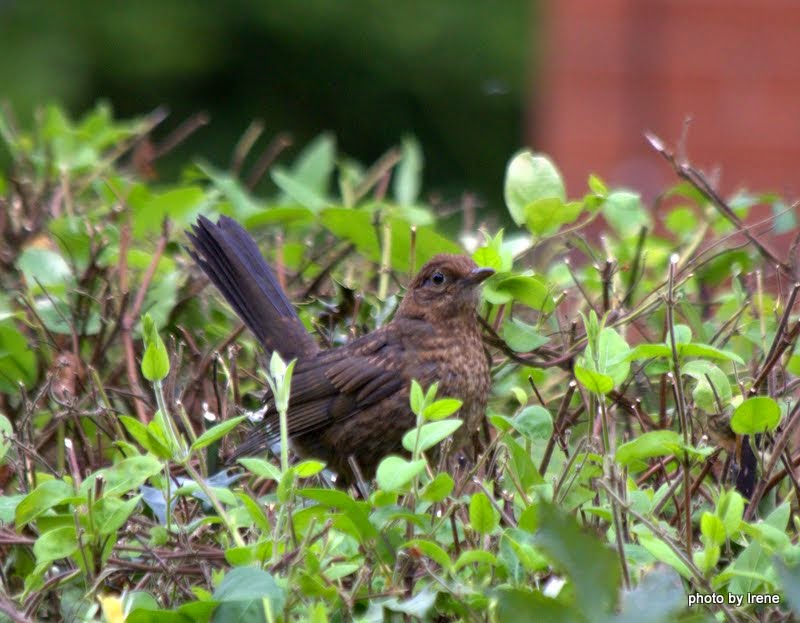 Posted by Ian and Irene Jameison at 5:58 pm

Hi Both,It's not the dead you've to worry about,it's the living.Sorry we didn't catch up again.We left Tixall about the time you left SBC.We turned left for water & then set off towards Stone,we're now at Weston.There was still a few at Tixall when we left & it had been almost full all weekend.It's pretty busy up this end of the T&M too.Take care both,we'll catch up with you one day.