The lock walls were alive!

Today we left for the final leg up to Langley Mill. The sunrise over Sandiacre lock and Lock Cottage was spectacular this morning. Always trying to find a front cover for the society's magazine 'The Outlook', well I'm pretty sure after a crop, this will do. 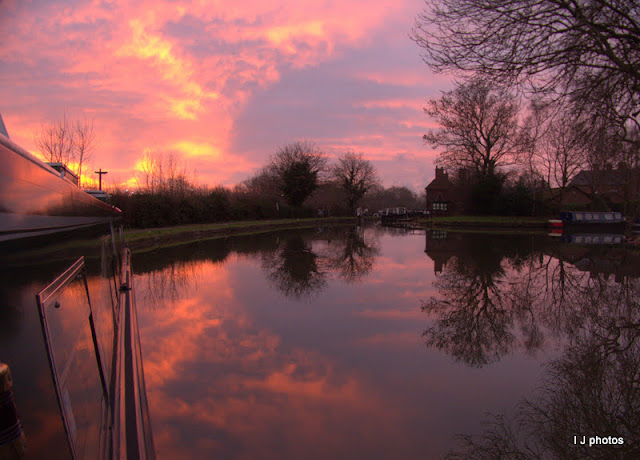 Remember that wide beam? Well it was moored at Padmore moorings in Sandiacre. The chap was exiting with his dog and I did mention the stoppage at Long Eaton. He was completely unaware of this but asked almost matter-of-factly, how long for? My reply of two months floored him. He knew he couldn't get any further because the boat was too big and he was understandably concerned. I suggested he phone CRT to see if work had started yet, and if not, reverse back to the junction where the disused Derby enters (where we were moored) and head back to Trent Lock. I hope he gets back because there is no tap or toilet pump out facilities anywhere in the area. 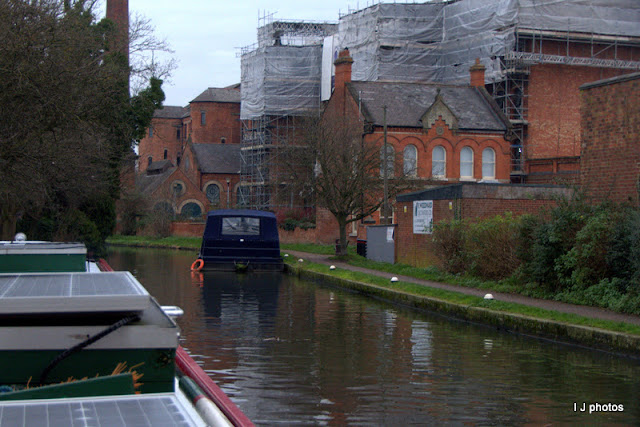 Pasture lock was the first lock for today and dismayed to see it full with the top gate open. Ian then informs me the top gate swings open all the time and apart from quickly dropping the water levels in the lock after ascending to keep the gate closed, this gate will continue to swing open. Unfortunately a full lock here didn't bode well with the state of the all the rest of the locks and such was the case

Stanton lock had me shuddering! The lock walls were crawling with what looked like woodlice. Looking on the web I found this information. CLICK HERE to have a read. Asellus aquaticus never have I seen these before, and what is it with that white worm like creatures? Why should they all be in this one lock? Nearby is the Stanton recycling plant, massive pollution happened here in 2012 when a fire raged for over 60 days. I blogged about it HERE. I know these creatures can survive in low oxygen water but it did seem strange that so many were in just this one lock. 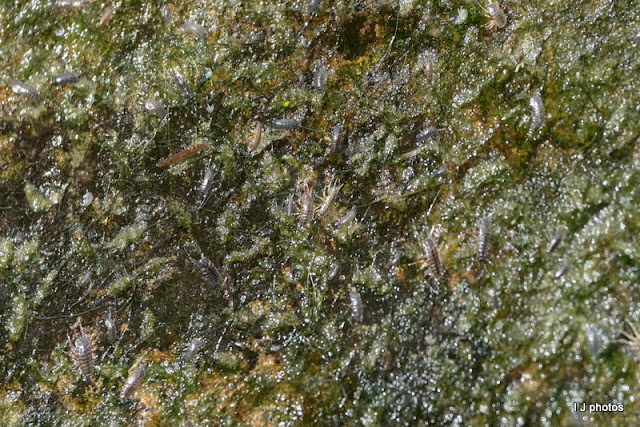 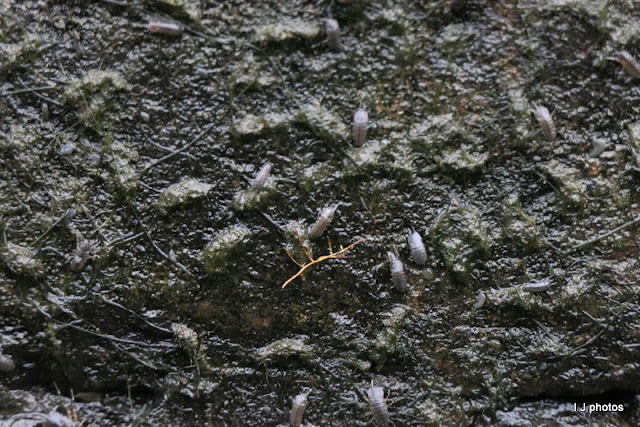 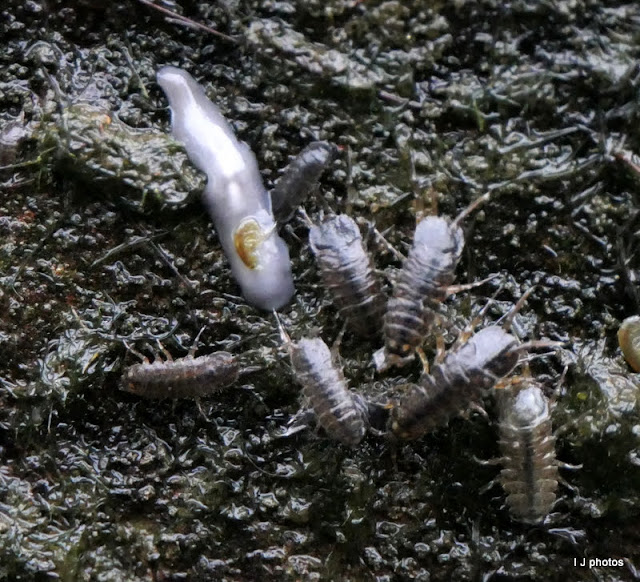 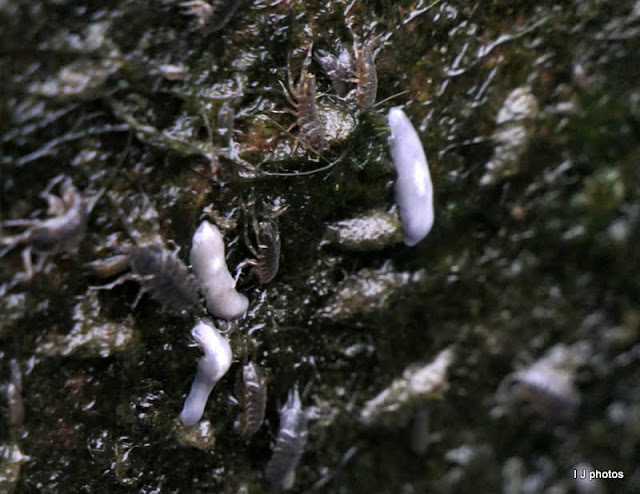 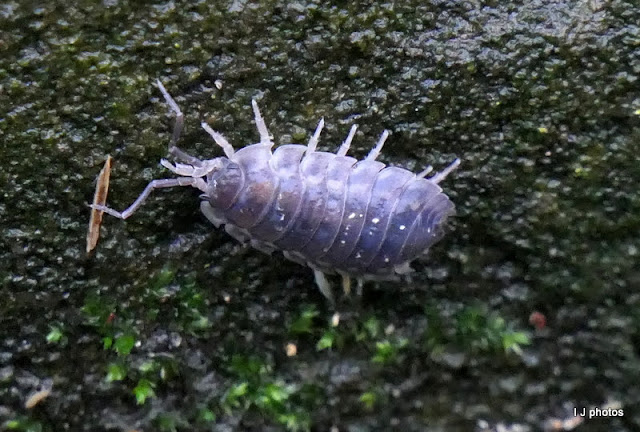 The rest of the journey was as predicted. Every lock full and needed emptying first. That was until we reached Stenson Lock. Here we met Jim and Jenn armed with a windlass and who knew we were on our way up because Ian had sent a text yesterday. They joined us on FS for the last leg and thanks to them, had emptied the last 3 locks so no hanging about.  It took over 5 hours to reach Langley Mill and after taking on water and doing the bizz with the cassette at the facilities, we pulled back onto our mooring, plugged into the electrics and put the satellite up.  That's it now until the end of March. If there is anything of interest to mention I will sign in again but for now, farewell for the foreseeable future.

And seen on route, at Padmore moorings this Muscovy duck was a bit too near to the road, I thought. 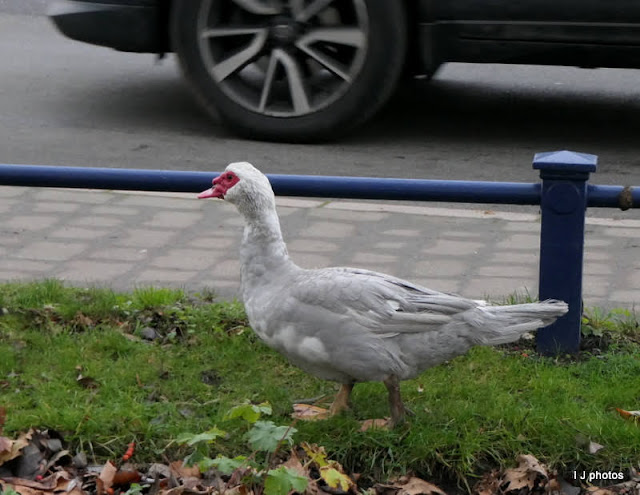 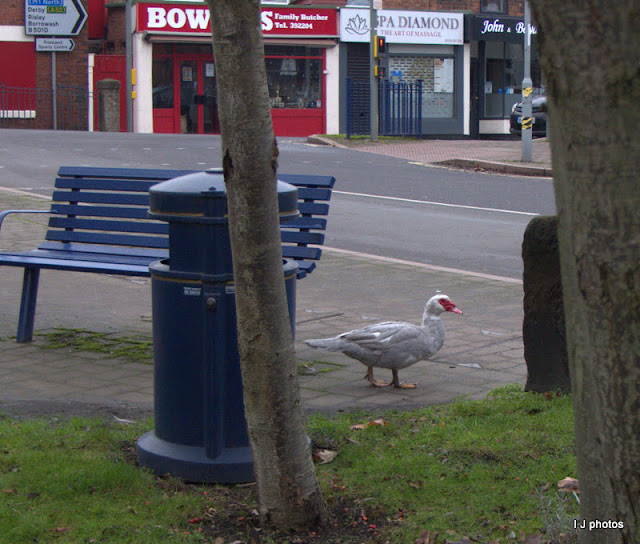 And storage containers built near Stanton recycling plant. Not sure what they are storing, but Ian thinks it could be some sort of gas, methane perhaps because Bio Energy was written on the side. 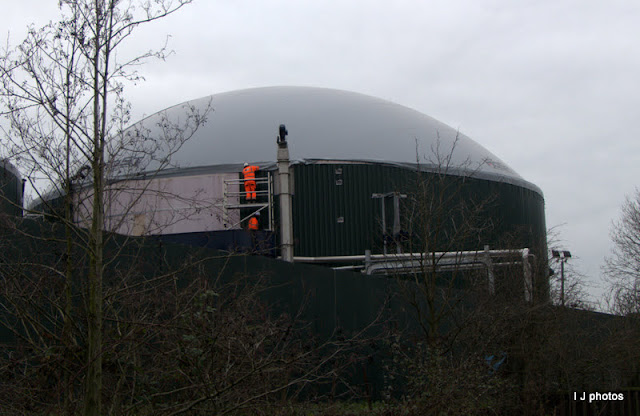 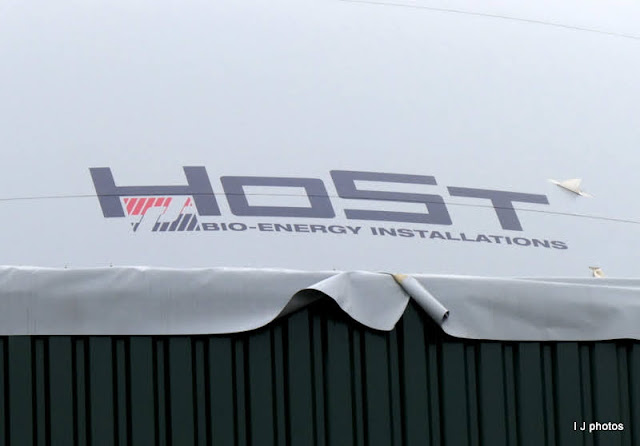 Goosander or Merganser. I can never decide. 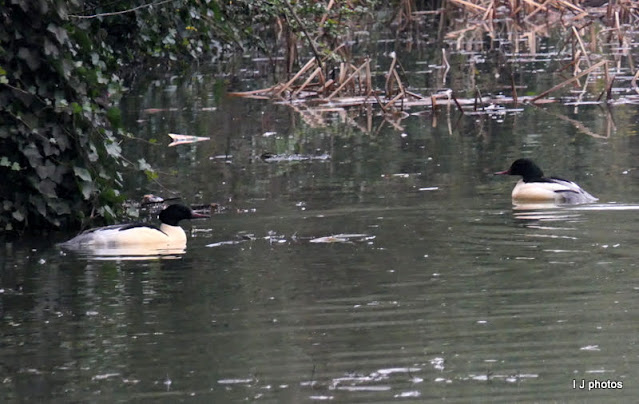 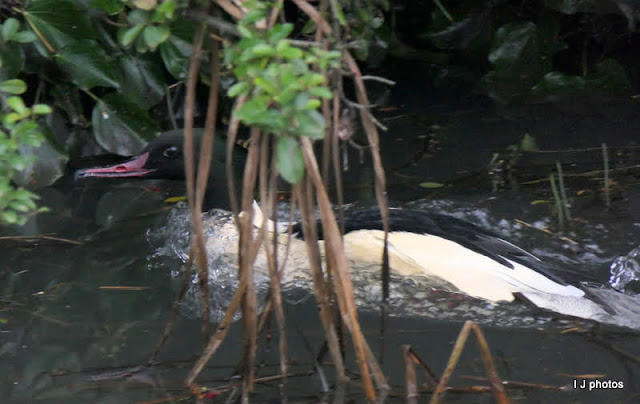 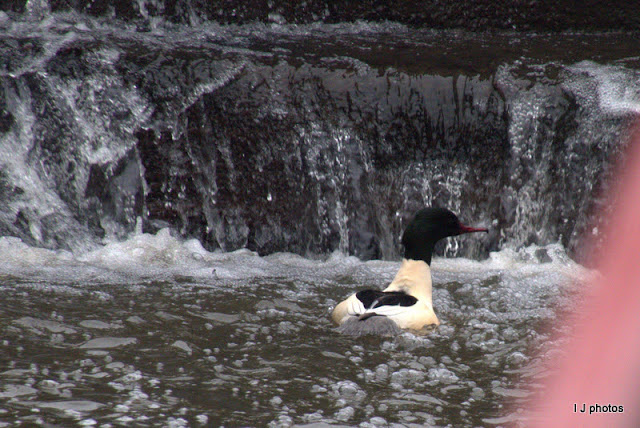 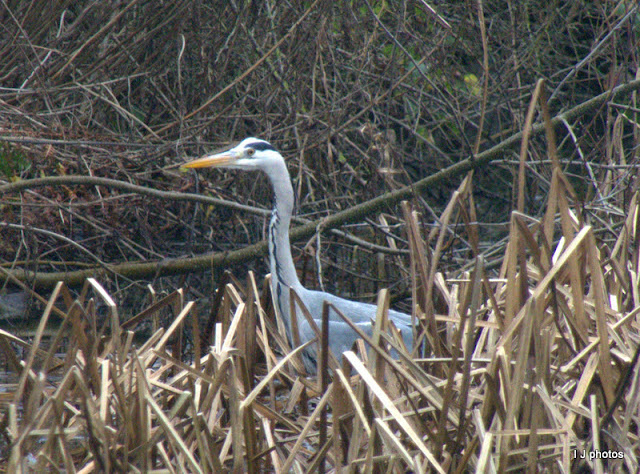 Posted by Ian and Irene Jameison at 5:44 pm

Ian did think it was to do with waste disposal and gas and it appears he was right.

No more blog posts till March?? What is this stoppage about, young woman!?

You could write about your plans to come to NZ later this year!

Oh, Marilyn, you do make us both laugh. It is nice to have some time not having to think of things to blog about. After all, if seeing a dodgy lock gate is the highlight of a blog it means nothing much else had happened that day. But just for you, I will sometimes put my finger on the keyboard but only if I think it is worth mentioning!
As for NZ this year, I don't think your country would want us judging by the amount of Omicron there is in this country. We do want to come back to NZ but as to when? Not sure about that at the moment.

Hope you are both keeping well and enjoying the travels in the motorhome.

Much love to you both

Sad now your wonderful cruising blogs/wildlife photos are finishing for now, they have been so uplifting in all this gloomy weather and bad news we have atm.
Absolutely lovely sunset on your first pic well worthy of the front cover of 'The Outlook' magazine...well done you.
Roll on summer when we may all be free to rome again, until then take care you two and thank you.xx
Ann Makemson.

Happy New Year to you both - it is good to see that you made it safely back to Langley Mill. I will look out for any occasional blog. It is months since I last posted anything - something I must rectify! For now though, take care and enjoy your time back at base. Jennie and Chris x

Hello Ann and Jennie. There are a few plans in the pipeline, maybe with the motorhome but as to taking FS, that will definitely be the end of March/beginning of April. The Pie and Pea at the Lock Cottage have been resurrected now that all of us society oldies have been triple vaccinated, and that usually means the start of the cruising season for all of us at Langley Mill.

Thanks for keeping us all entertained over the winter period..I appreciate the effort involved in blogging when I'm sure at the end of most days you'd much rather just chill.

Do you have plans already for your spring cruising or will you be ruminating over that over the next 2 months?

Anyway, enjoy putting your feet up for a while.

P.S. Those are Goosanders.

Thanks, Paul, Which birds they are is not always very clear.
We won't be cruising again until April. A stoppage at Long Eaton Lock put paid to that but we may go away with the motorhome if weather permits.