Boredom.... into the third week of being back and having nothing to do was starting to do my head in. But yesterday that all changed when we became lock wheelers for Dennis and Margaret (nb Icing) They had managed to get off the river before the floods and was moored at the start of the Erewash. This canal is 11.5 miles from start to end and has 14 broad locks. Two boats travelling together would have made life so much easier but their locking buddies (Carole and Mick) were still stuck on the River Trent. So we offered our services and yesterday we were both up early, had a quick breakfast, donned the wet weather gear (yes it was raining...again) and set off to reach the first of the locks by 8.30am.

Long Eaton was full with both top gate paddles raised. Hmm, was this what we would find on every lock? And there was still plenty of water about judging by how much of the playing fields were submerged. 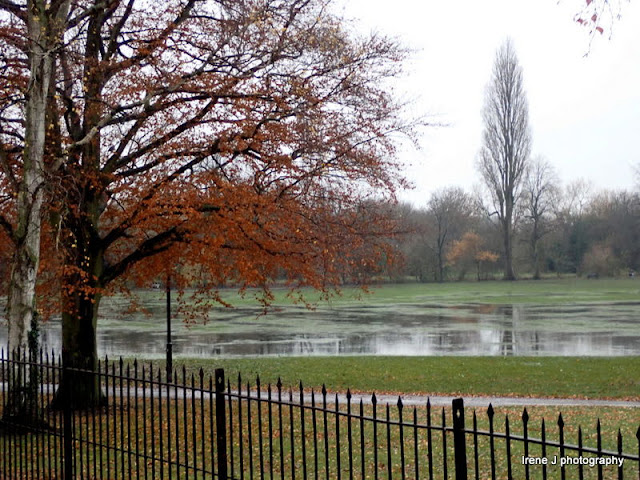 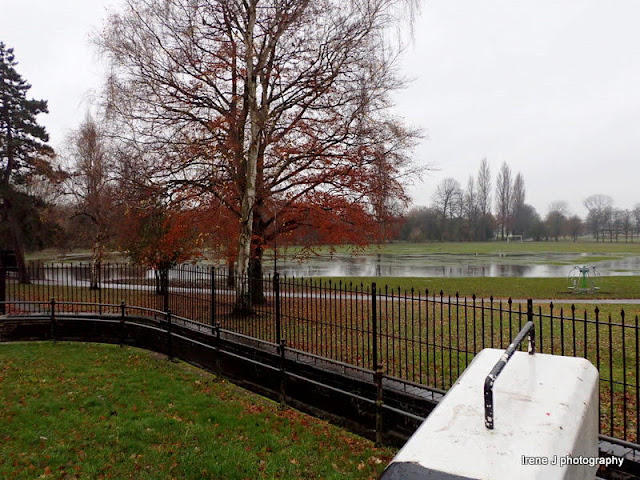 T'was not long before Icing appeared in the distance and almost to the exact time of 8.30am. 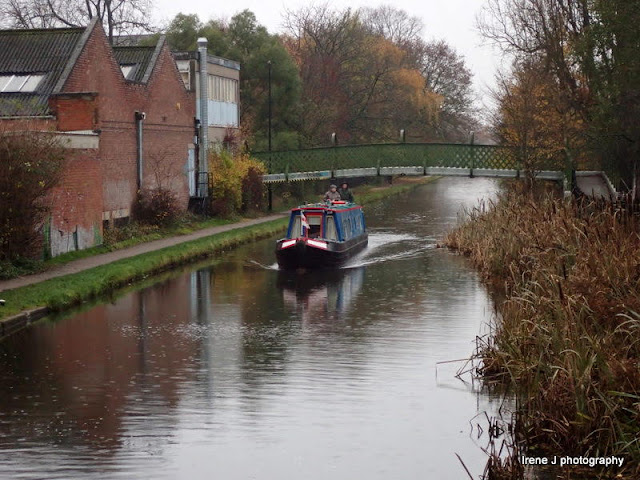 Using the car to get from one lock to another very nearly went without issue. Hadn't planned on the hold up due to roadworks in Long Eaton though and trying to take a short cut only got us bogged down even more because of cars waiting to join the main road. The parked cars either side didn't help as the only way to progress was when the lights changed and a sensible person held back to allow us through.  Made it to Dolkholm lock just as they came into view so a quick raising of paddles got the lock empty in no time.

The rest of the day went without hitch. Lunch was supplied by Margaret, hot cornish pasties, chocolate biscuits and tea, yummy! We eventually arrived at Langley a tad after 2pm, not bad going considering we had that 30 minute stop for lunch. So a few more photos to show and these were taken with my new Olympus waterproof camera. Small but perfectly formed for underwater filming and in wet conditions. (Ready for when we go snorkelling in NZ and Oz.) 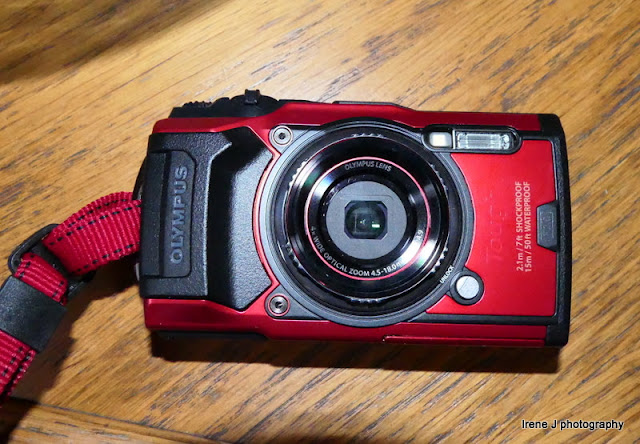 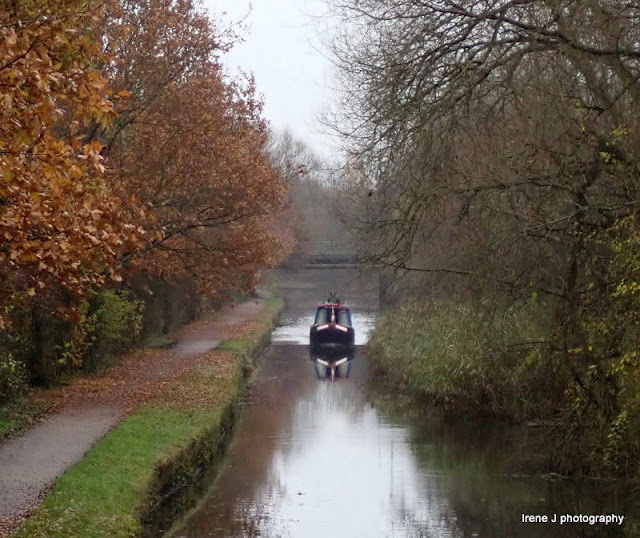 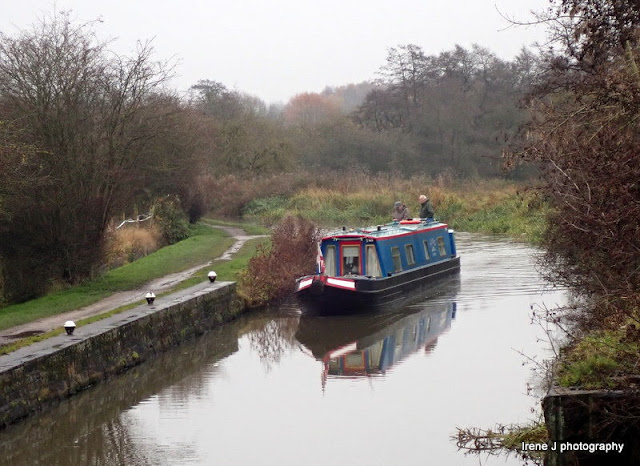 And seen on route

And I was mightly impressed with the close-up setting on the Olympus camera of water droplets. 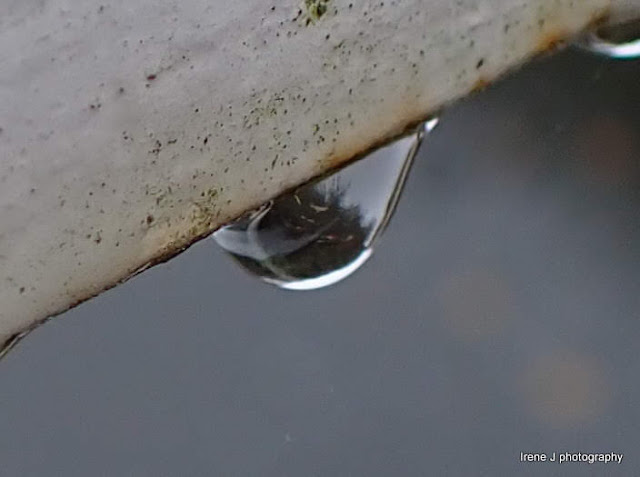 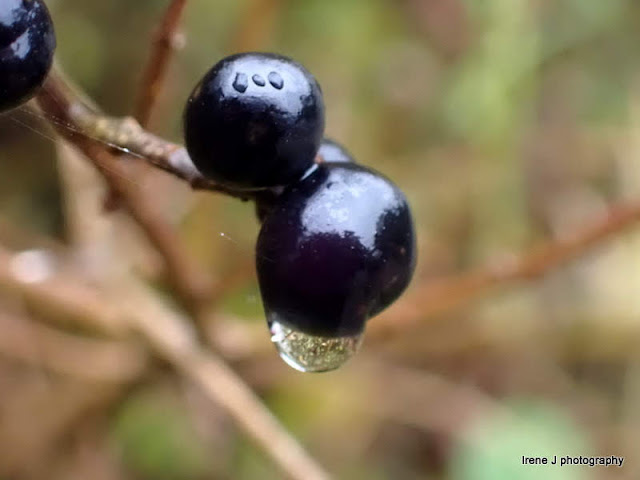 Posted by Ian and Irene Jameison at 11:04 am

Irene are you visiting Perth during your Oz/NZ holiday? We have a spare bedroom and I can BBQ sausages to charcoal! :-)

Unfortunately not Tom. Our itinerary is to fly to Sydney, motorhome in Tasmania, back to Sydney then fly to Darwin where we will be taking the Ghan to Adelaide before driving back to Sydney via Broken Hill and Parks to see the 'dish'. Not having done Western Australia I expect this will be on the 'to do' list when we next visit Oz and we will be sure to come to visit and sample your excellent BBQ cooking. (: