The last few weeks have been manic. Grandparent duties at Milton Keynes, Turkey and Tinsel at Cromer and preparation for the NZ and Australia adventure.
First The babysitting! Were we up to the job of keeping two lively under 11's under control? Gulp...But a trip to the park, playing plenty of games, making sure homework was done and then as a special treat, allowing some gaming time on the computers which all helped to make the time go quickly. Back home and 3 days get our house in order for the Turkey & Tinsel coach trip to Cromer.

So the journey to Norfolk...hmmm... long, very long! Pick up was for 8.30am, actual pickup time.... 9.30! Arrival at Hotel de Paris....4 pm  Yeah, took us over 6 hours instead of the 3 if we had gone direct. As it was the hotel management did not want coaches arriving before 4pm so two 45 minute stops and a trip to Sheringham for an hour passed the time. The allocated room was huge with a decent size ensuite and to top it all we had a sea view. Great start we thought but delving a little deeper several unwanted problems arose. Only one main light in the bedroom and nothing toward the bathroom which in itself felt cold. It was never a wonder though with no radiator and only a small heated towel rail feeling a smidgen above freezing! The windows rattled annoyingly cos of the gales that blew continually throughout our 5-day stay and without any form of double glazing, an icy blast was a constant thorn in our sides To top it all the two radiators in the room were cold and couldn't be turned on. A very small electric heater was the only means of taking the chill from the air! Of course, we complained...three times in all but to no avail. Would I recommend this hotel, yes if they could get their act together to listen to the complaints! We couldn't fault the food or entertainment, just the room.

The excursions were also okay, shame we had already been and done it all on our earlier visit in the Beast, but that was our fault, we never gave T & T a thought! I did get to test the new waterproof camera at Sea Life and very pleased to report it worked a treat. Thursford too was amazing. The lights and show spectacular and one I would highly recommend as a Christmas treat. 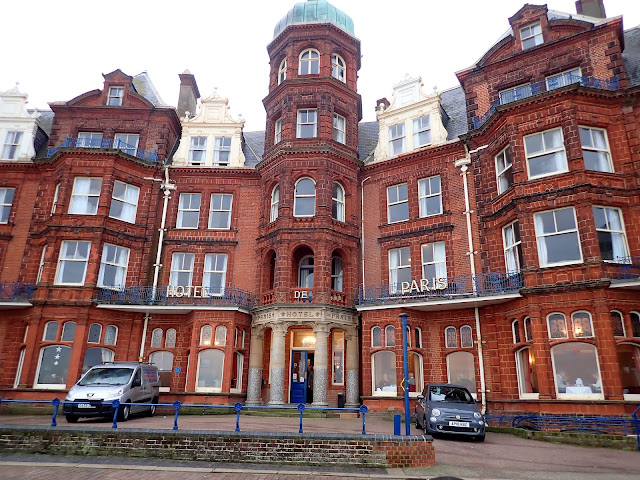 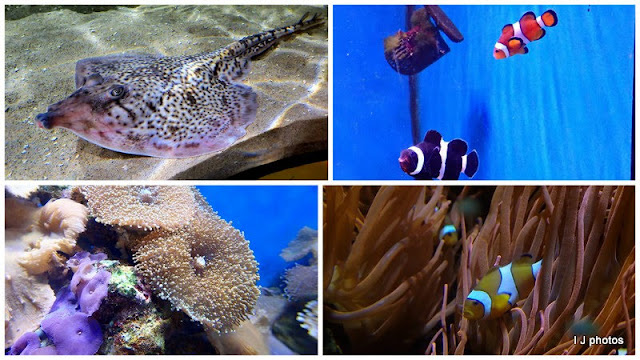 I can't believe we only have 10 days left before we fly to Auckland. It's now a race against time to get everything done including Dentist, Opticians, Doctors and pre Christmas family visits. We spend Christmas day at Christine and Kevs new house and Boxing day Kev will take us to the coach station in Nottingham to catch the National Express to Heathrow. Think we may have to curb the festive drinking, not advisable to be 'hungover' before we fly out!

Posted by Ian and Irene Jameison at 4:31 pm

I have been to Thursford - it really is a spectacle and well worth seeing. Have a great Christmas and a great trip - I look forward to reading your posts. Jennie xx