Is'nt it always the way when stopping early because of the weather and conditions they start to improve considerably. Not 30 minutes after stopping yesterday the wind dropped and the rain cleared. Never mind we were soon joined by Daughter, Son-in-law and Grandkids and a trip to the nearby pub, The Anchor, was suggested. So after coffee and cake, we headed for the pub.

Now, this is a lovely pub. Staff were really friendly and even though the Rugby was being shown and 10 or 11 supporters would break into loud cheers every now and then, it didn't spoil our intial enjoyment. But then the meals arrived. Oh dear, not up to standard at all! How can Pizza, Hunters Chicken, Scampi and Fish all have the same peculier taste? The chips were okay but goodness knows how the rest were cooked. Anyway being Brits we didn't complain but no tip was left.

With the family departing for home and before we retired to bed a plan was discussed. Leave early and try and get as far as possible before the forecasted high winds returned. What we hadn't expected was being woken at 4 am with rain hammering down on the cabin top. Sleep was intermittent after that but my body clock had been set to 6.30am and sure enough once fully awake, the senses became aware that not a sound could be heard outside. No wind and no rain. Yippee...we were good to go. But a surprise greeted us as the curtains were drawn back. Snow falling in big flakes and already a slight covering on the ground. 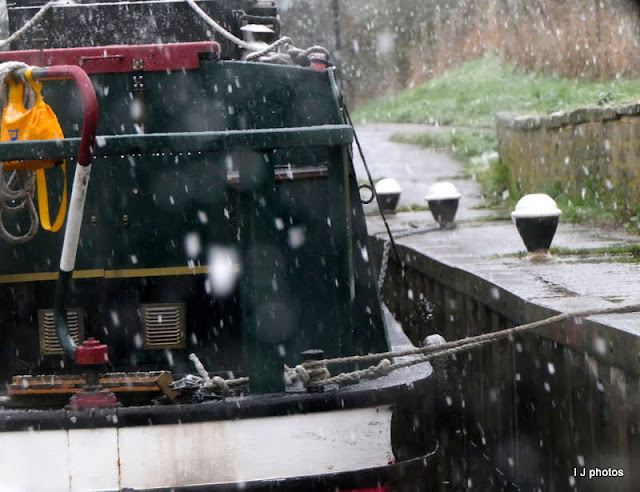 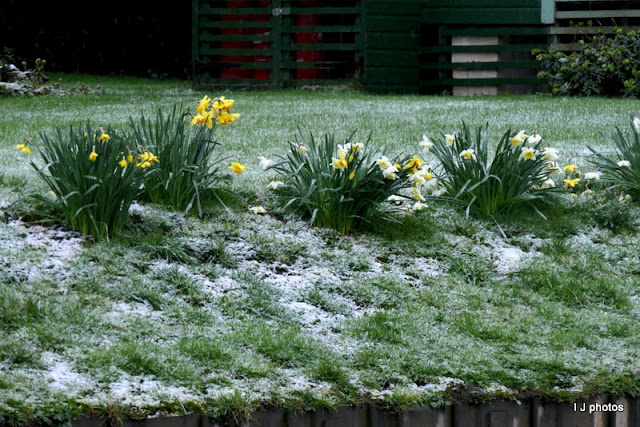 Ever the optimist and suitably clothed we still set off. The river was flowing about 3mph but FS pushed against the flow with ease. Through Kegworth deep lock which I see has been renamed Kegworth New Lock. Why????? This lock has always been known as Kegworth Deep and is renowned for boats being 'hung up' on the cill. Apparently, three boats have already come to grief this year! Will renaming make any difference I ask myself? 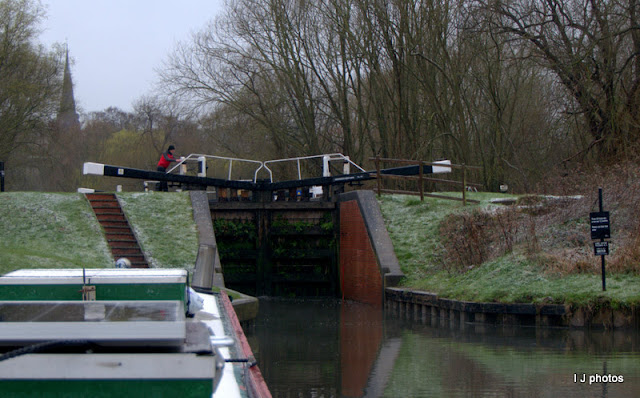 Waiting for Bishop Meadow Lock to be emptied I notice the river level gauge to be nearly in the red. Thinking nothing of it because the gauge at Kegworth Lock was still in the green (only just mind you and the one by Zouch had only just gone to amber) we ascended, used the facilities and, having left the river for a three-mile section of the Grand Union Canal, continued to Pillings Flood lock with the hope of reaching Barrow-On-Soar before the developing wind became too strong. 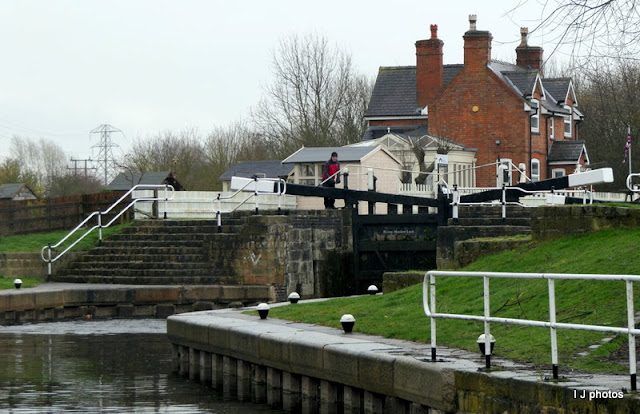 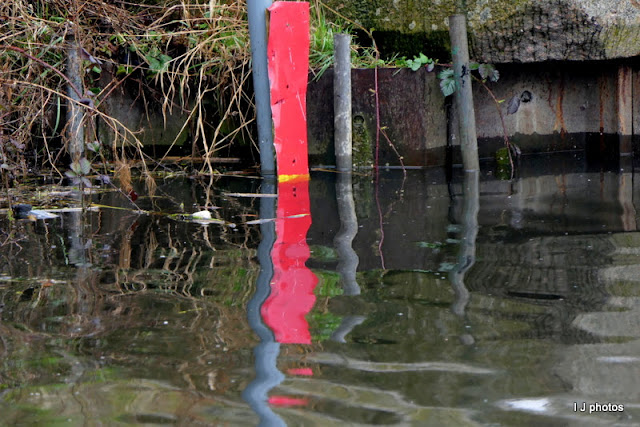 Only a little over four miles we felt we could manage those infrequent gusts. On the approach to Pilling Flood lock another surprise. The canal lock gates and river lock gates were both closed with one paddle lifted on each. On the landing was two of C&RT's workboats so I nosed in front, Ian got off to open the canal lock gate but pushing with all his might, failed miserably. 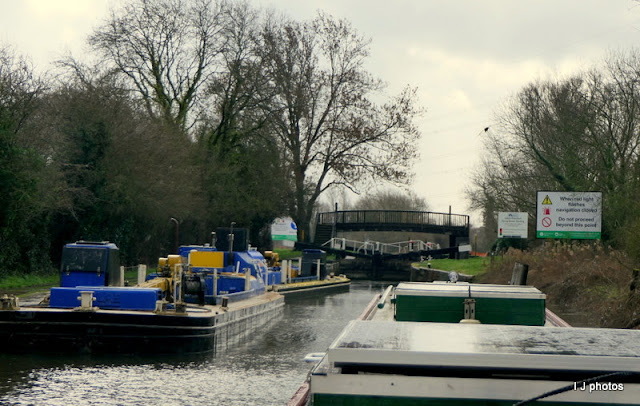 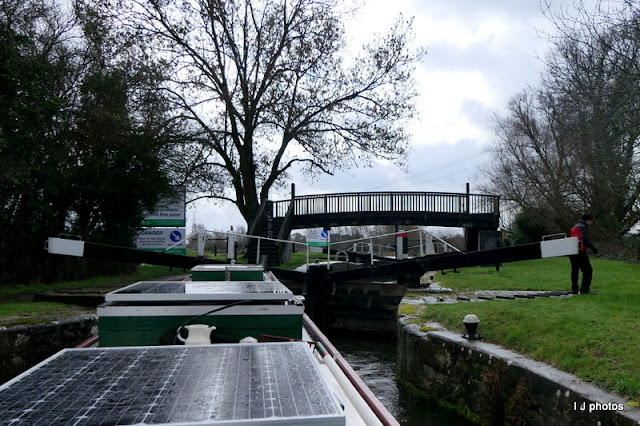 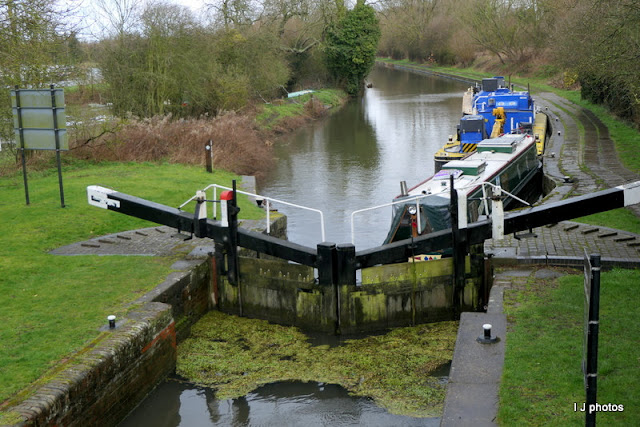 It seemed that even with those paddles open the water needed equalising before the gate would budge.  He was just about to close the river lock gate paddle when I spied the warning notice. 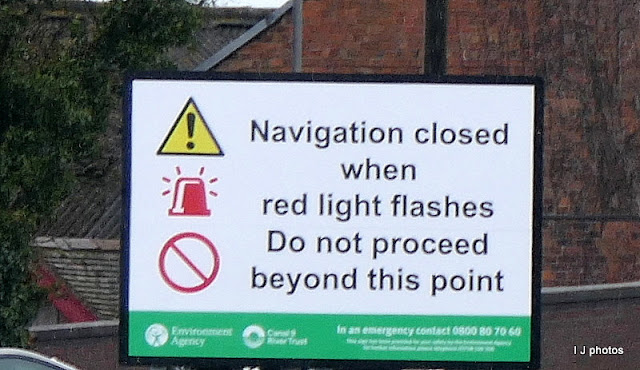 Blast!!! Seemed best-laid plans were foiled again. Pulling back onto one of the C&RT work boats we contemplated what to do. The app on the web Ian had found showed the river to have peaked and was on the way down so do we stay for an hour or so and see what happens? or do we pull back to moor and wait until tomorrow. The decision was made when the wind strength increased so much that we had branches falling on FS. We pulled back and moored. It's not worth travelling a further mile battling against the flow and wind just to get to Barrow. These are nice and rural mooring though with one downside. It's right next to the mainline railway. Another early start for us tomorrow then? 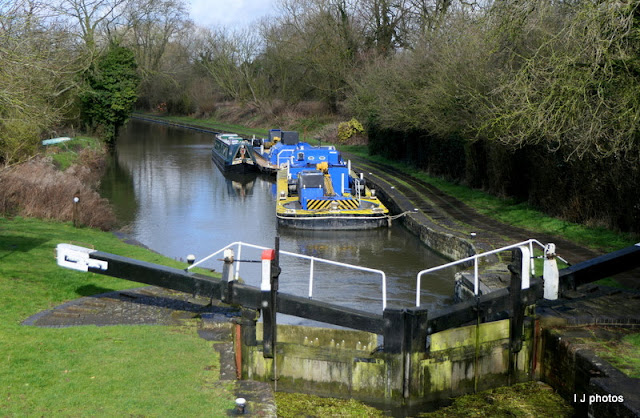 And wildlife seen on route, 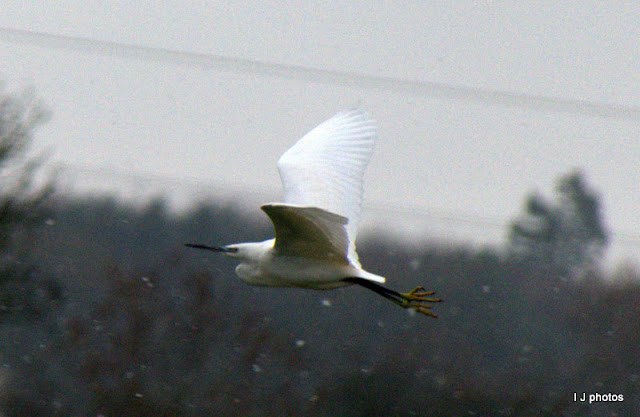 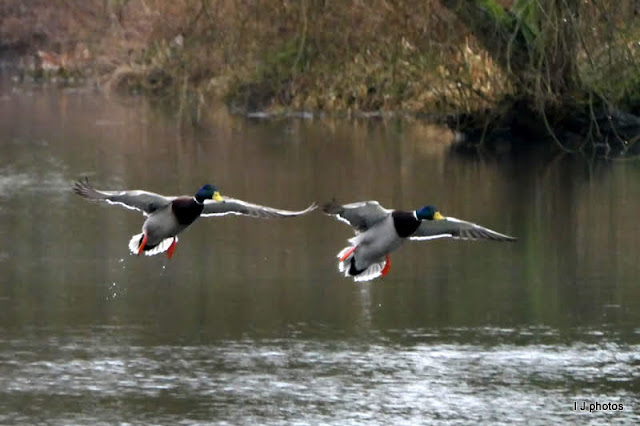 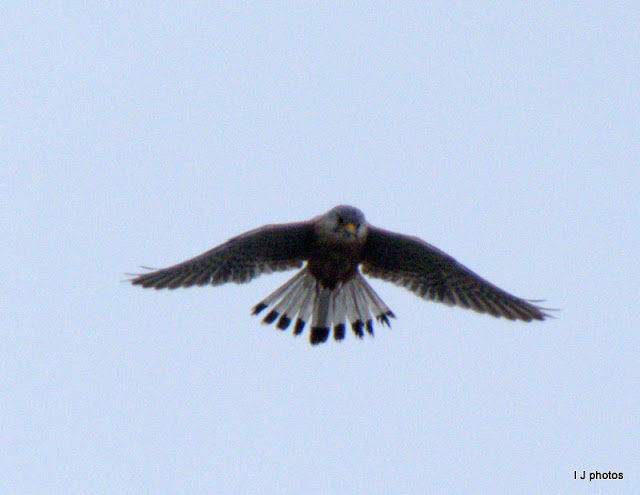 Posted by Ian and Irene Jameison at 5:35 pm