I can say nothing good about these bikers!

Our intentions were to leave late morning, once those other boats had left. Didn't turn out that way 'cos a certain person not a million miles from me, woke early, got dressed, made tea and said how about leaving before those boats. Time 7.50am! No lying in bed for me any more so once tea was drunk and I was dressed, I left Ian to make the toast while I set off. Going early certainly has it's benefits 'cos one gets to see animals rarely seen other than in wildlife parks. 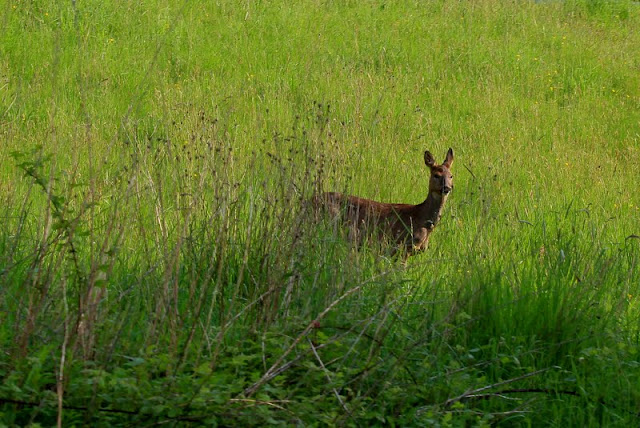 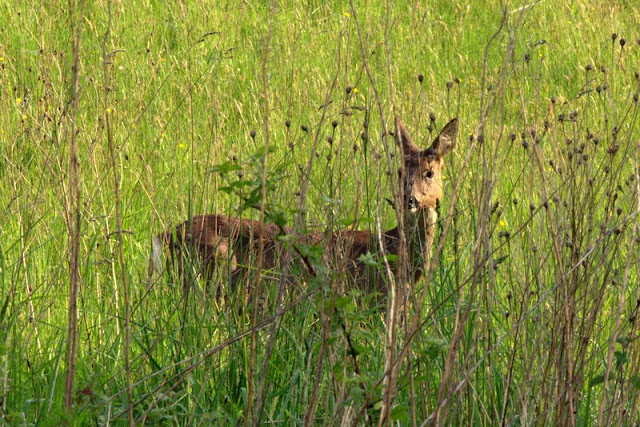 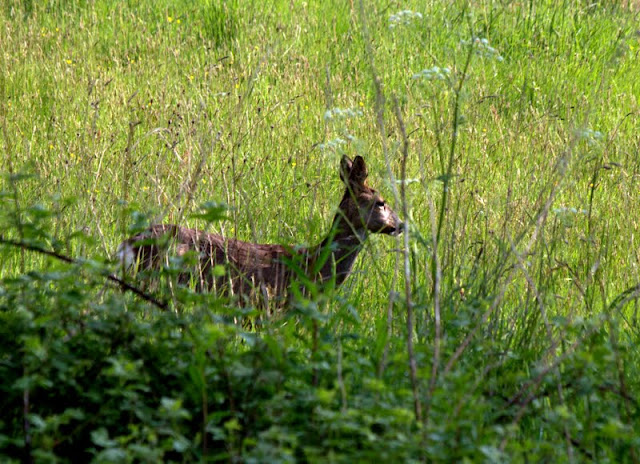 So in a way Ian did us a favour because the two locks we had to do today were also with us. Had two swing bridges to do, one of which was a road bridge. On that bridge I had difficulties on getting onto the landing to drop Ian off due to a couple of boats moored in the most awkward of places but manage I did and, as soon as Ian stopped the traffic, I was through like a shot.


We moored away from others because tonight we were going to have the first BBQ of the year. We chose this spot because of the rural feel. How could we have got it so wrong!!!


Every man and his dog were out this afternoon, all heading toward the Ring of Bells pub. We must have had well over 50 bikers go past and the same 50 coming back, now all very much the worse for wear. In fact twice I had to rush out to retrieve our chairs which had been deliberately pushed over, one nearly ending up in the canal! It got so bad that we abandoned the plans for the BBQ because, as Ian pointed out, cant guarantee that these toe rags wont knock that flying too and full of lit coals! Very disappointing as I was so looking forward to not cooking, sitting outside and supping a Pimms. We very nearly moved even though the time was after 5pm but looking at the map Burscough was as near to the other side of the pub as Parbold was on this side. Who was to say 50 more bikers hadn't come from Burscough! But that wasn't all. No end of cruisers also came past us, some with men obviously out for a good time at the pub. If only they hadn't been inebriated on the way back they would have cut their speed. Well I like to think they would!


The only saving grace of this mooring was the tree on the field side of the towpath. A nest of baby Blue Tits all making a hell of a racket when mum and dad returned. 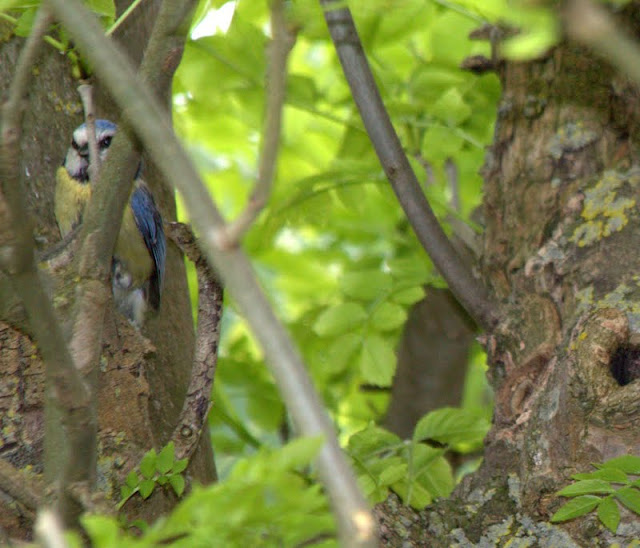 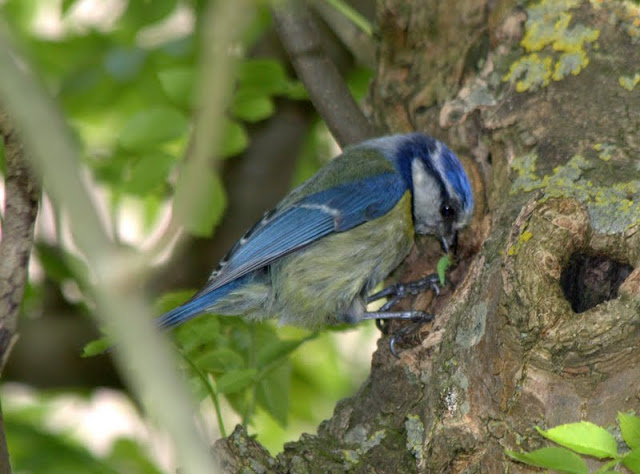 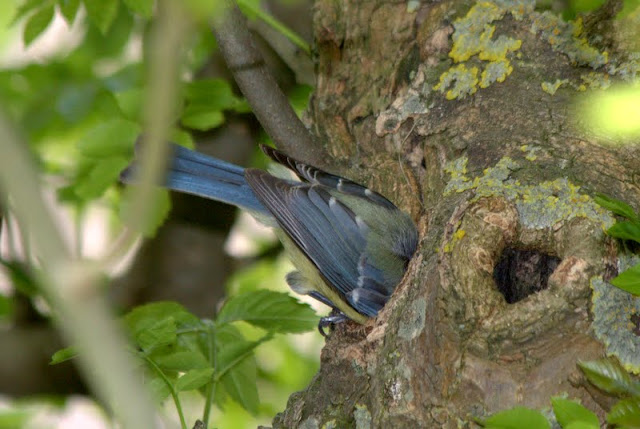 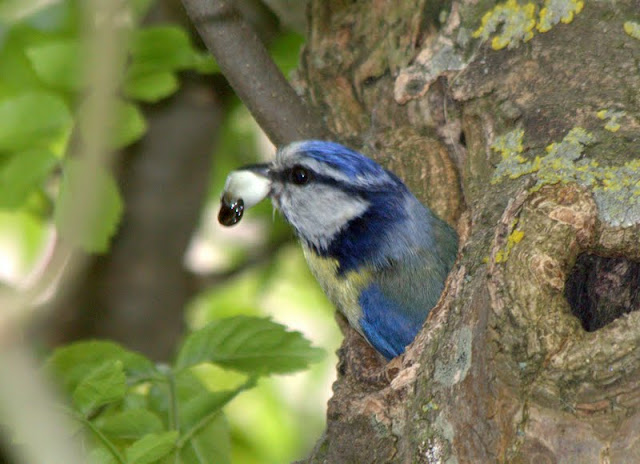 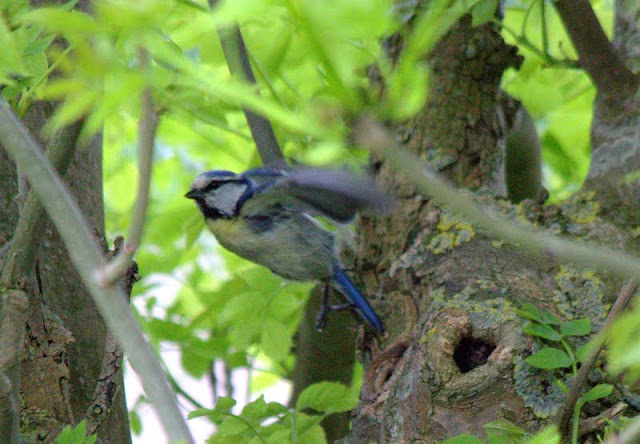 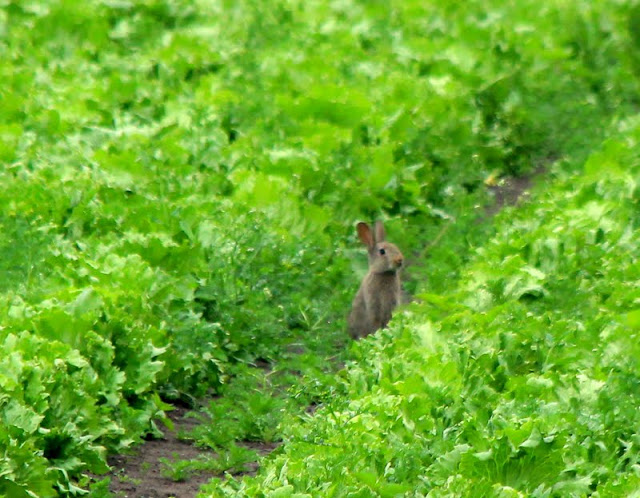 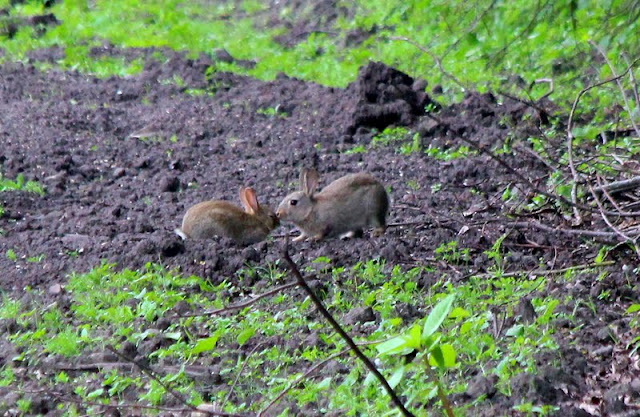 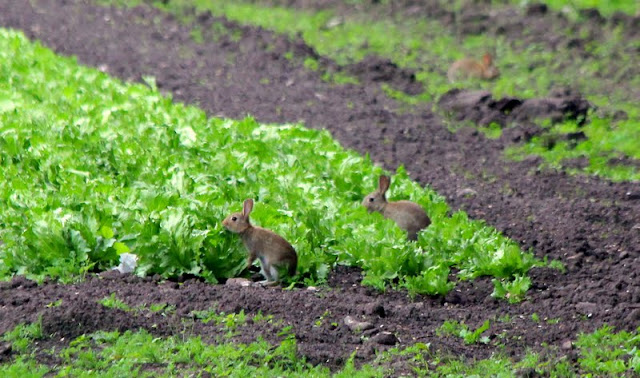 Posted by Ian and Irene Jameison at 5:36 pm

Brilliant pictures Irene, especially the one of mum/dad coming out with the poo sac.
Kath (nb Herbie)