Arggggggg... I'm at a loss as to what to do. More bites on my back this morning and that was after all the bedding change and spraying the cabin with mozzie spray, wearing jumper and jogging bottoms and smothering myself in insect repellent. I had thought about bed bugs but how could that be possible if no one except ourselves sleeps in our bed. Still no bites on Ian, he is sooooo lucky. Had a comment from Andy (Festina Lente) about trying Marmite on toast. I hate the stuff and have none in the cupboard so will rule that out at the moment. Any suggestions on how to stop these blighters are gratefully received though.


Back at Northwich, it was time to do a shop.  Headed for the stern for my shoes when I heard this strange squeaking noise, like a door hinge in the need of some oil. Mentioned it to Ian who at first was totally unperturbed, but not for long 'cos he realised that the squeak was actually a low oil alarm!  So engine covers off and a horrible discovery made. Nearly all the oil was now on the engine bay floor! Estimated at least 4-5 litres and the engine holds around 7 litres. Rummaging around he found the problem. The Low-pressure switch and oil transmitter oil gauge had worked its way loose. No doubt the engine vibrations, especially as we had upped the revs on the way back to Northwich, had taken its toll.  The only way around it was to remove pressure gauge and tighten the pressure switch. Whilst removing the gauge one of the nuts disappeared in the oily gunk below. Could he find it? Not a hope so out from his man cupboard, a box containing hundreds of nuts and bolts. Always wondered why he needed so much stuff, now I know why! Anyway, nut found but another discovery made. No PTFE tape! Trip to the indoor market and came back a £1 lighter but tape in hand and at least the job could be finished. Thankfully, also in his man cupboard, 5 litres of oil. So once the oil was replaced in the engine, the dip stick read just under 3/4 full. He worried that we may have damaged the bearings and seized the engine. We had all our fingers crossed as he turned the key.  A sigh of relief as she started and sounded as sweet as you like. Preston Brook and Midland Chandlers are a must now, to top up the oil and keep another 5 litres as spare, just in case! 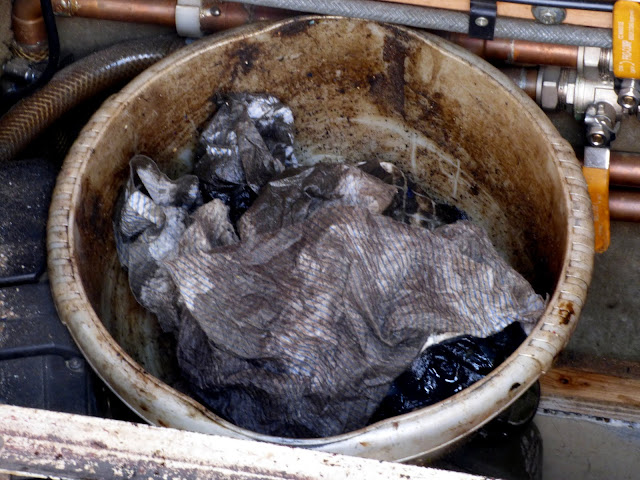 Now good to go, Ian phoned the Anderton lift admins to see if we could ascend today. A 3.45pm slot was available so after a stop to use the Northwich facilities, we cruised down to sit on the holding pontoon until we were called. 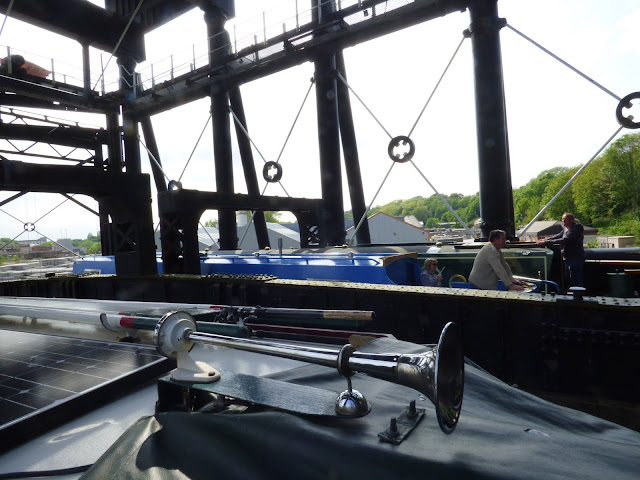 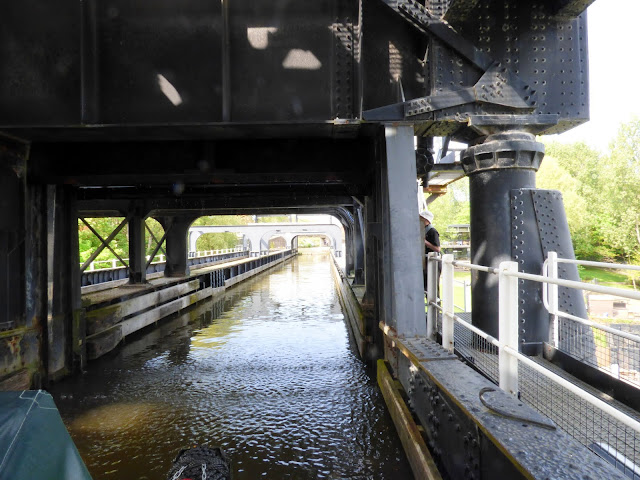 And wildlife today, an ahhhhh moment

If that assortment of elbows, tees, and reducers is screwed into the engine block, I'm not surprised it eventually worked loose! I would be inclined to source a short flexible hose and mount the assembly remote from the engine, or at least securely to it with more than one clamp. If the bearings had run dry (for more than a few seconds) you would know about it by now. Time to get a louder warning buzzer!

Goodness me you don't use Marmite. It's Vegemite and you don't spread it on toast. Smear a little in the following places
behind your ears
neck
under arms
nether region
behind knees
between toes
I'll almost guarantee Ian won't nibble on you during the night!

Thanks Tom and Jan! That will upset him (: Xx

Have you had a visit from a dog or cat, or been making a fuss of one? Just recalling an episode in the days when we had cats and Dave suffered bites like yours and I didn't - it was flea bites. Our blood is no good to them but they keep trying! Mossy spray would be no good for them of course. But Avon Skin-so-soft is apparently used by the Royal Marines for insect repellent so you could try that (not as tasty as Marmite though).
Good luck
Debby

Ironic that the bolt-on device designed to warn of oil problems was itself the cause of the problem. Glad you spotted it in time.