Not prepared for that cave!

A lull in the rain and wind last night and I made a break for the loo. Big mistake, got absolutely drenched in my dash back to the Toy. Stupidly I had forgotten to take the brolly, silly I know, and I sure paid for that error. Opening the door and the rain did its best to soak everything nearby, then I remembered...I had left my walking shoes outside earlier to make a bit of space. Grabbing them quick, turned them upside down to allow the water to pour out. Groan...what was I to do about our planned cave walk tomorrow. Ian had a bright idea, Stuff them with paper towels to soak up the moisture and hope they dry out overnight.

The sun was up when we woke, first thing I did was put the shoes out in the sun, second was make a cup of tea and third, another trek to the loo. I'm pleased to report the sun did the trick and said shoes were dry by the time we set off.

So those caves. We passed a sign yesterday with Waipu Caves pointing away from the SH1. Most intriguing and made a vow to go to them on the morrow. Had a quick read on the web, 2 km walk there and be amazed and thrilled by what was before you. Oh, and a must...take a torch.

Yet another gravel road, no better than the last one, in fact slightly worse as the drop on one side was sheer and in places only a single track which always happened to be on a blind bend! This little chap was ambling across the road. I believe hedgehogs are classed as a pest. We need them back in good old Blighty so we need a capture and release scheme here in New Zealand to bring them back to the UK. Any takers??? 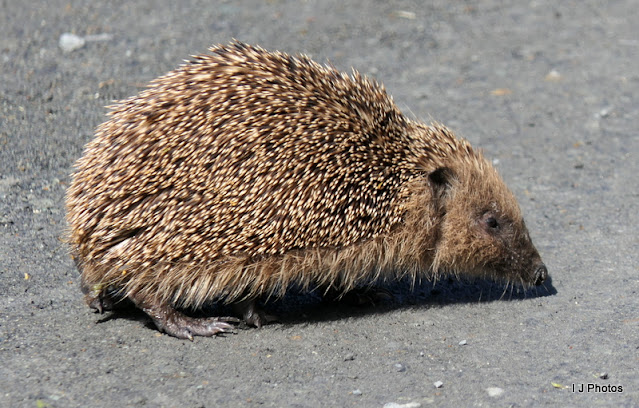 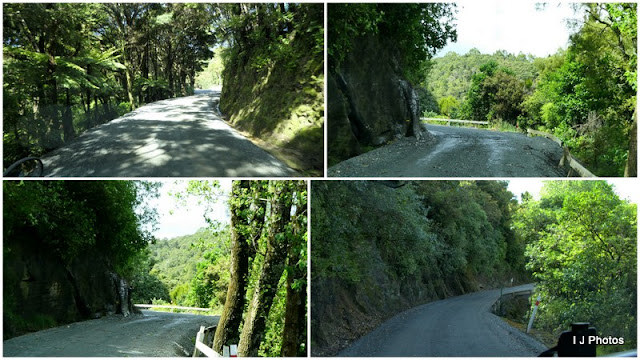 Gosh the car park had several buses parked, a popular place indeed. We got kitted up, ruck sake full of goodies and water and the must-have torch. We trudged through a small field of sodden ground, got to the sign with Waipu Caves and was amazed how close it was. What about the 2 km hike? 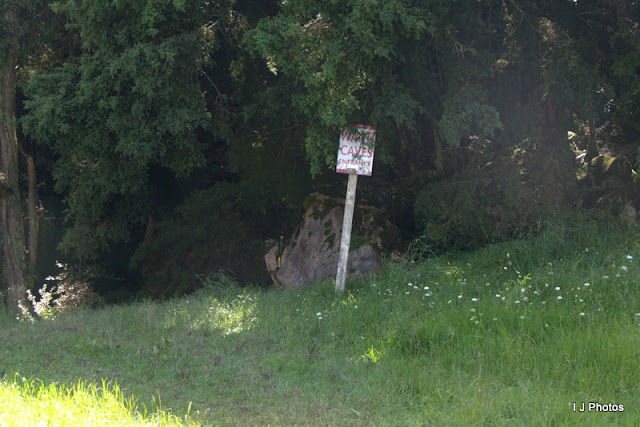 I had my sticks as well! We approached the entrance with care. The stones and path were treacherous after all the rain. As we entered the mouth a chap emerged carrying his young lady on his back. What was that all about? Soon found out. The cave floor was flooded and the only way in was to wade. Two teenage girls did just that, but as adventurous as we are, this was not for the feint hearted, and we definitely was not prepared in any way to go caving. 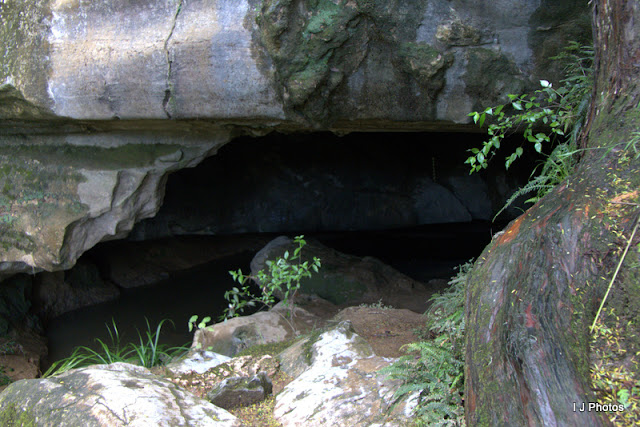 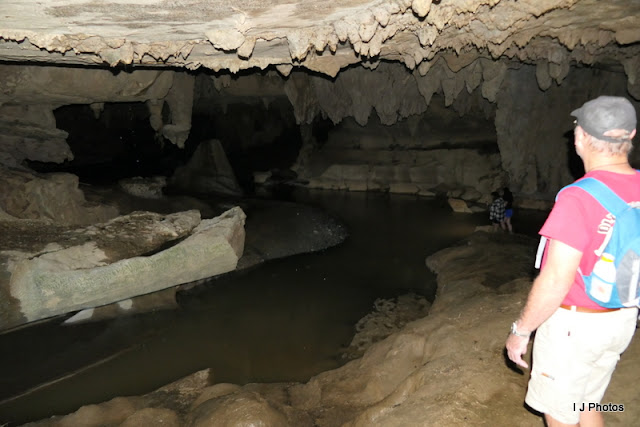 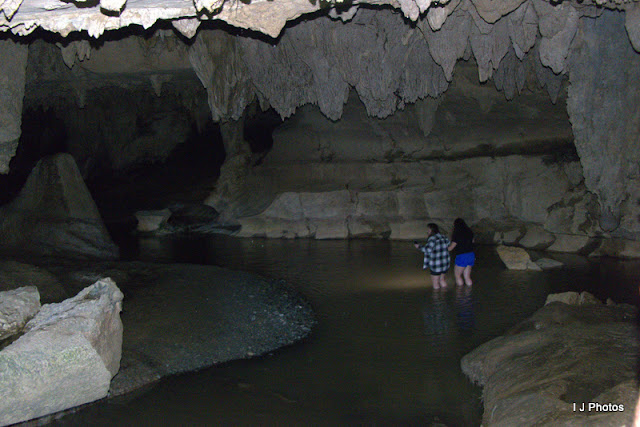 So with reluctance we turned around and was confronted by a group of school kids, lots of them all being led in by a guide. As I passed he was overheard to say there was a rope attached to the wall which was in place for support on a steep part and was only to be used by one person at a time. Crikey, I'm very glad we didn't proceed, but wouldn't it have been totally different had it been dry. Nothing would have stopped us then! Oh, and the two km walk was through the cave itself! 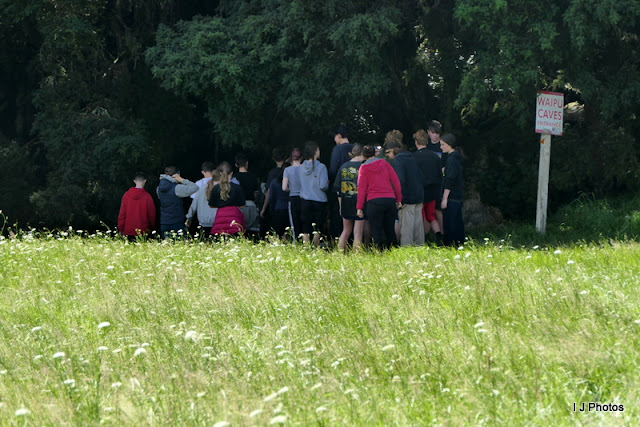 We headed for a place called One Tree point. It was on the tourist trail, it had to be explored. Slight disappointment with the drive there but nice enough place on arrival. We had lunch there and sat soaking up the sun for an hour. 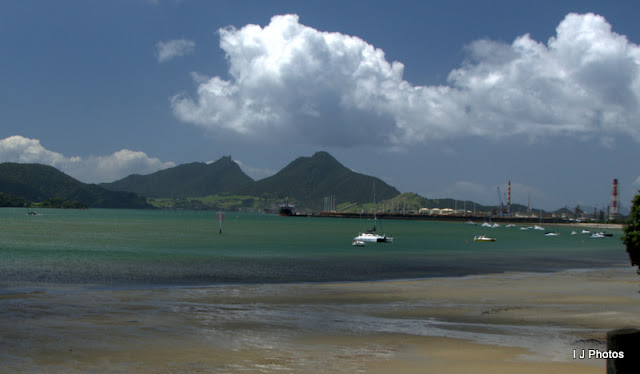 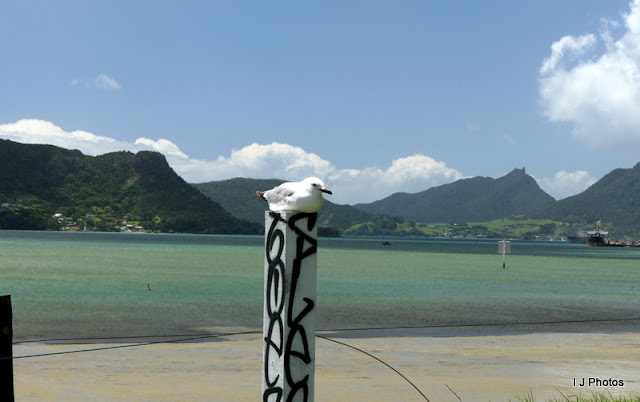 Then it was off to Whangeria to the i site to see what we could find to do. Several things including a dolphin cruise and paraglide all at Paihia. Must book them up for the Sunday. Having already been to Whangarei Falls we nearly decided not to go but there again, after all that rain surely they would be spectacular. And by Jove they were! A photo now and this back in 2017. The video is of a foolhardy chap leaping from the top. Note the small cascade compared to today. 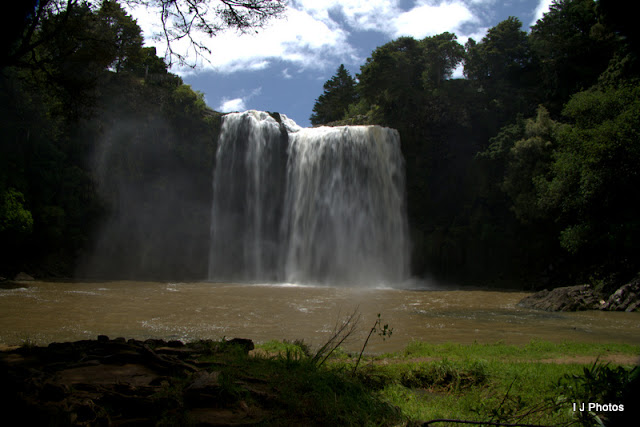 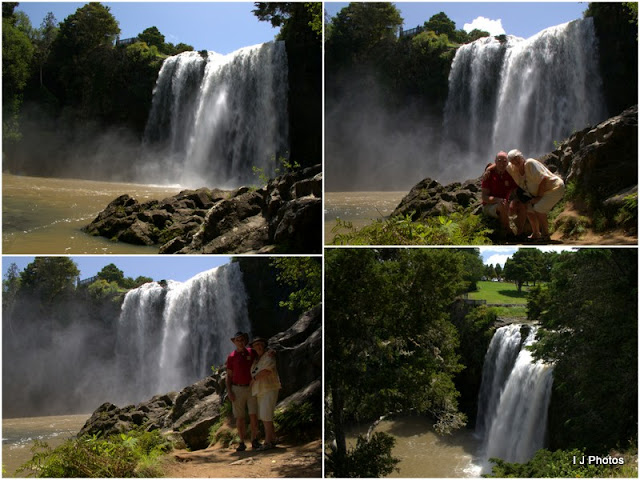 A place called Ocean Beach was a mere 30 km away, that would do for our overnight stay. I must say the journey to it was fabulous, scenery to die for, and I suddenly realised we were actually on the other side of the bay where lunch had been. 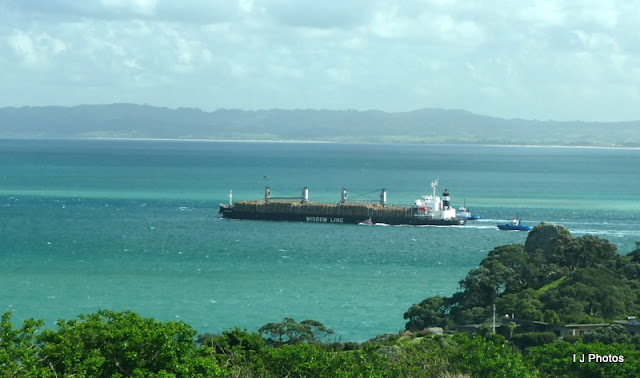 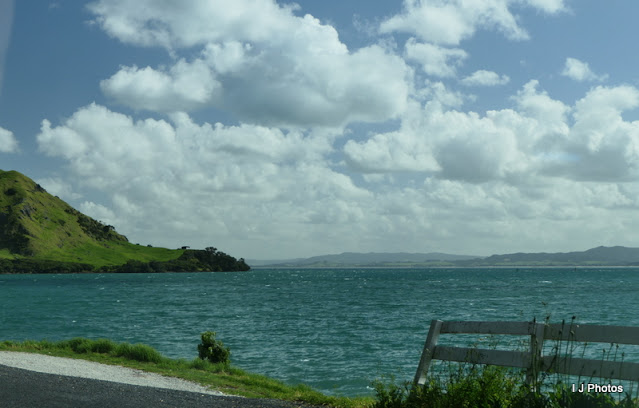 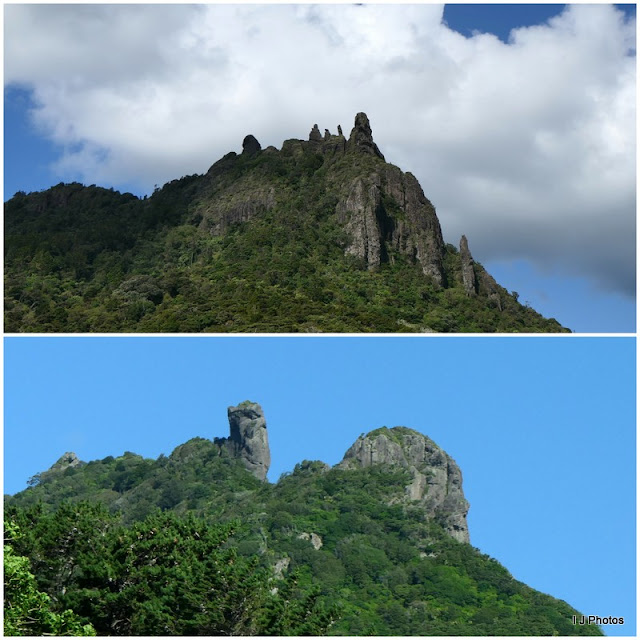 There are only a few designated camping spots. You must park in-between the arrows or be kicked off. We arrived early enough to claim one of the places and with the sun still beating down on us, deployed the solar blanket. Then a short walk to the beach before returning, putting chairs out and just sitting and relaxing for the rest of the afternoon.

Not sure about tomorrow yet. Let's just see where the wind takes us. 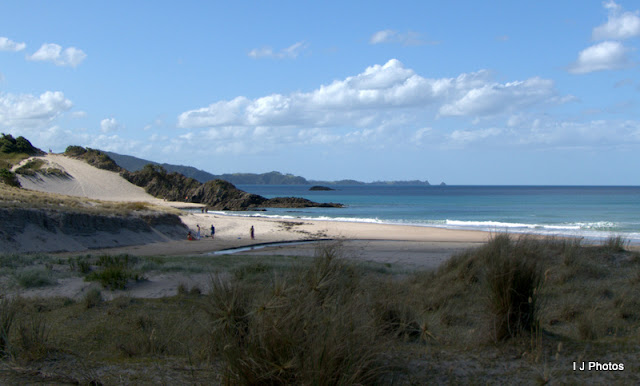 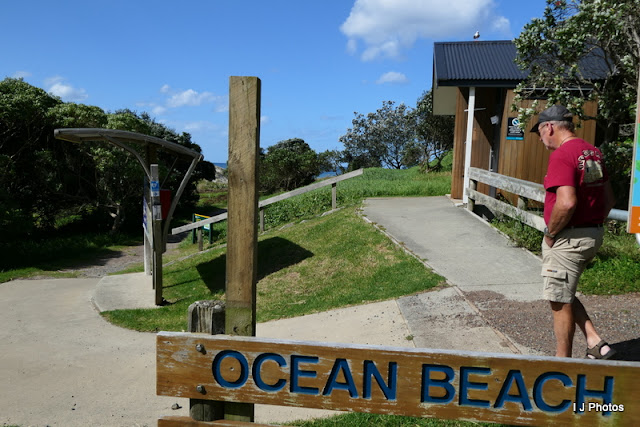 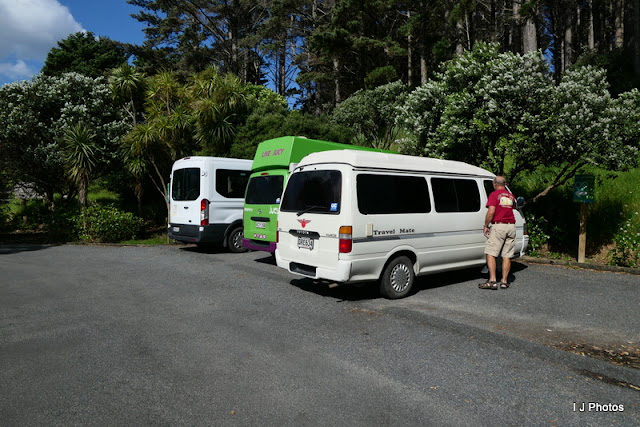 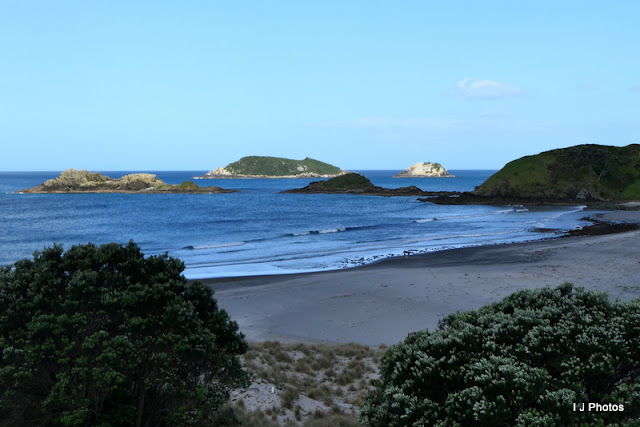 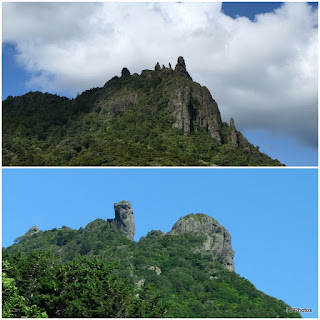 Posted by Ian and Irene Jameison at 9:08 pm

Good call to avoid the caves - 2kms underground: you have to be joking!

Fabulous countryside you are travelling through - it's time we made our way up there too, I think.