A sight greeted me on my walk this morning. Eastwood lock out of action because of a sunken boat. A  sad ending to any boat, but what made it worse was this boat had been moored for years at the Great Northern basin. The owner of the cruiser had died, leaving the family to decide what to do with the cruiser. After a hard decision they decided to sell and a couple of months ago it was sold to a lad with plans to take it to Manchester. We had thought this to be the end of the saga and we wouldn't see the cruiser again, but for reasons unknown this lad moored it on our moorings by the swing bridge and there it stayed for quite a while (we were away with MB.) I believe some work had to be done on the motor and eventually he took it below lock, securing it near to the lock landing. It was then abandoned!  Why he decided to walk away could be something to do with the outboard having been stolen, leaving the owner at a loss as to what to do. There it stayed until about a week ago, when inevitably the local layabouts decided to pull the pins and untie the ropes, causing the cruiser to drift, which consequently blocked the canal. C&RT got involved and removed it to Eastwood in readiness for one of their workboats to take it down to Trent Lock so it could be craned out. But things did not turn out as planned because where C&RT had left it, it could easily be accessed, and consequently those brain-dead idiots thought it would be great fun once more to untie and drag it into the lock where it eventually sank. 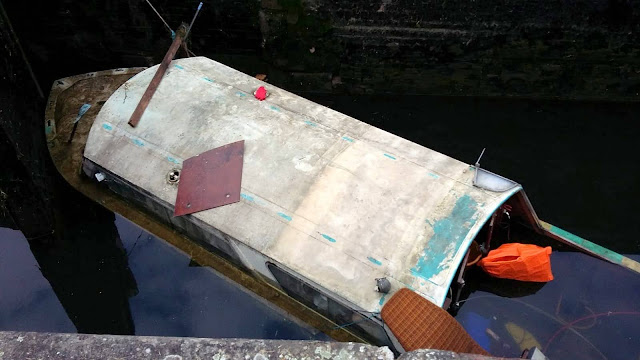 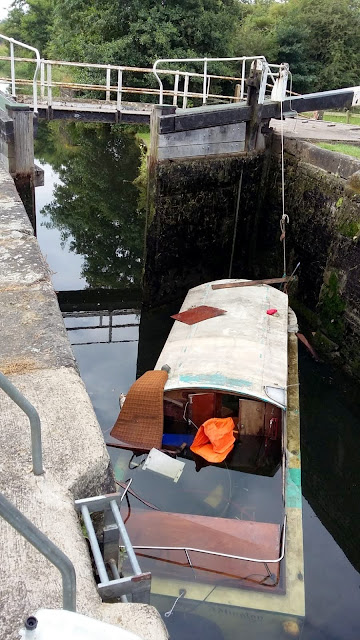 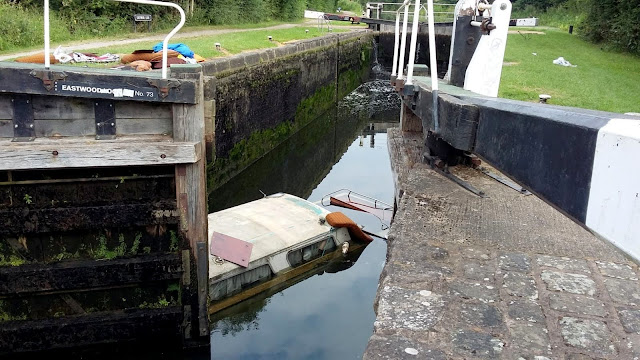 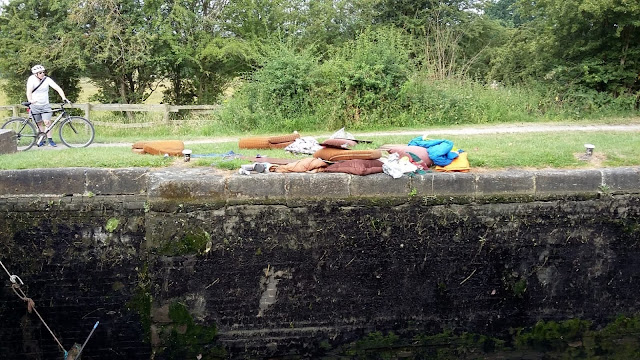 We've not been idle since our arrival back at Langley, lots of things to fix on MB. Seemed to be one thing after the other, satellite packing up, waste water not draining properly, the full cassette light not working and this weekend we found out the fridge had given up the ghost! But one of those on the list  had been resolved, and that was the satellite dish. It's been removed and ready to go to the skip! The quote of £500 pound for parts was not worth spending so instead we have fitted a Selfsat Snipe 3 which we just happened to have as a replacement for our original Snipe on FS. It was bought cheaply for spares but Ian managed to get it working, great result as it meant we had two! The roofline on MB looks tons better now that massive dome isn't dominating the skyline! 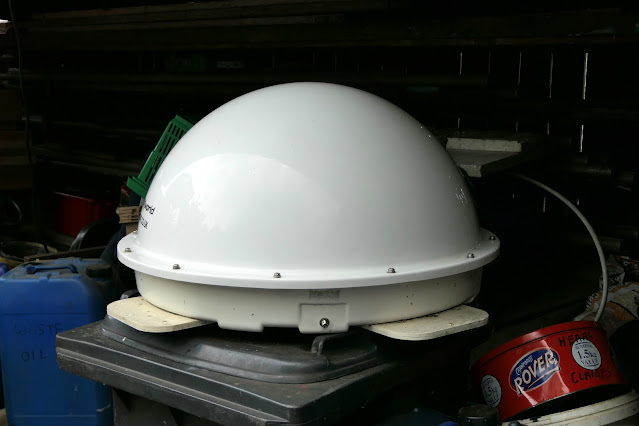 As for the other problems, the fridge has been found to have a fault with the thermistor, a type of resistor whose resistance is strongly dependent on temperature, so purchasing a new one should solve that problem and as for the loo light, Ian's a bit baffled at the moment how to remove that without having to remove the casing and he's not quite figured that out yet. He will though...I have full confidence in my man that can. He also needs to get a couple of car ramps to raise MB's bodywork to check out the waste tank, so as you can see, I'm keeping him very busy 😀

And as for me...plenty of walks keeping Toffee, our son's 6-month-old Labrador puppy, happy! 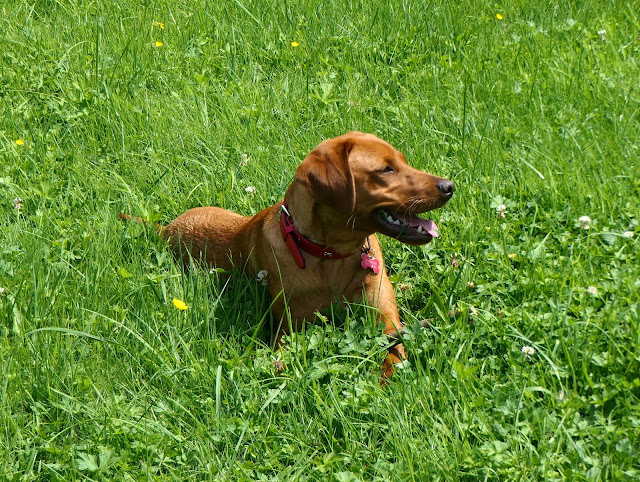 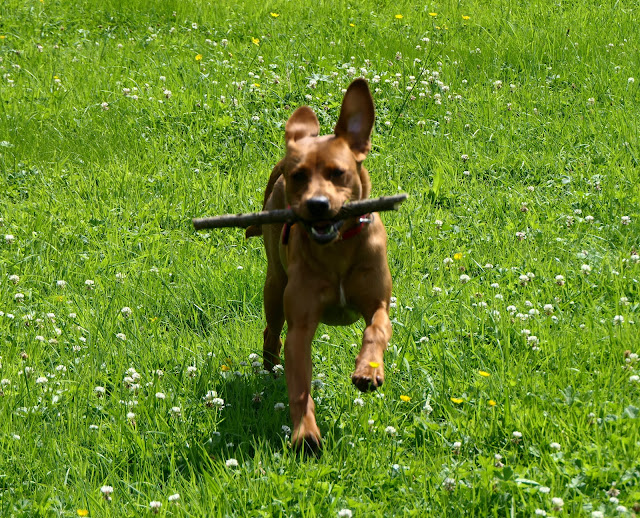 And wildlife seen here in the basin. 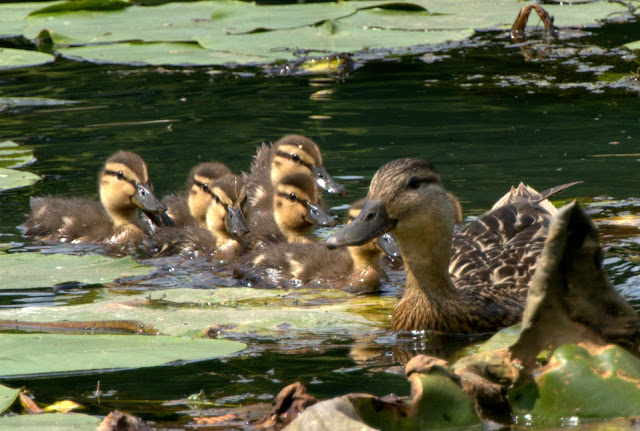 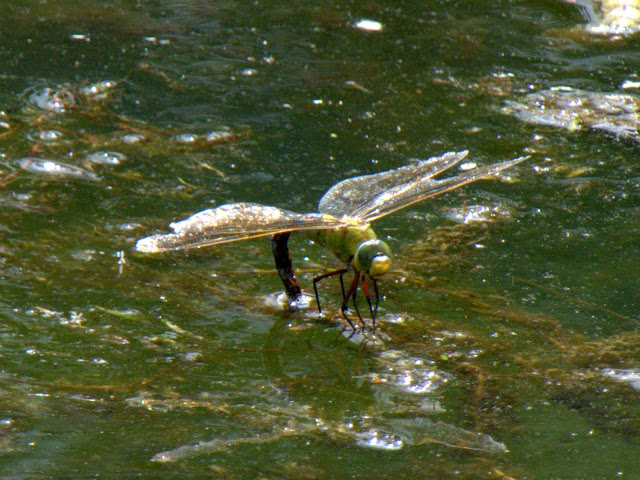 Posted by Ian and Irene Jameison at 3:35 pm

What a sad end to what was someone's pride and joy once upon a time. I do despair about the amount of mindless idiots around and have no idea what the answer is. What a fabulous dog with a very suitable name for his fabulous colouring. Jennie x

Nor do I, Jennie. High spirits and not enough for them to do around here is probably the problem.

Toffee is lovely, so good and obedient for such a young dog. Not so good when she visits the boat. Forever under our feet, and I think we may have to think again about getting another dog for ourselves. Getting our doggie fix with Toffee is sufficient for now.

Thank you for explaining about the sunken boat Irene. When a notice about it came through this evening I was puzzled why C&RT had to contact the owner, now I know why. What a sad end.
Pip

As much as we love Monty, we will not get another when his time comes. For one thing we will be too old (with a bit of luck past the mid 70's) and they are a tie. I would think that a big dog in a van would be difficult and would restrict where you can go etc. Borrowing one every now and then sounds like the way to go! Jennie xx