A jaunt down the Erewash

And it all came about because ECP&DA workboat Pentland was required for handrail repairs to a pedestrian bridge near Trent lock. Work parties here at Langley Mill happen every Friday and with Pentland ready to transport all the necessary equipment, it fell to Ian and me to take the boat down on the Thursday.

By 8.30am we were ready, sandwiches made, water and kettle onboard and then it was little 'ole me at the helm to steer Pentland away from her moorings, through the opened swing bridge and into the waiting lock. Dave and Izzie turned up just in time to help me down. (ECP&DA members and owners of historic boat Bath). Yesterday a boat had come up Langley Bridge Lock, winded and then descended again. It stood to reason then that all the 11 locks would be against us and Ian would have to turn each and every one around. We reckoned a further hour to be added to our previous estimated 5-hour journey. 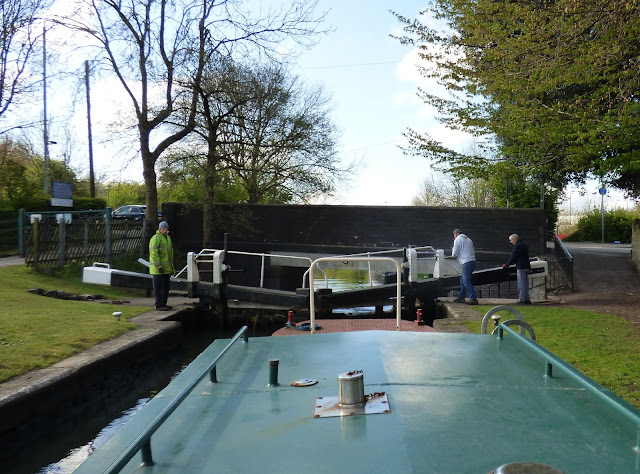 Imagine our surprise to see that boat moored below the lock. As Pentland crept past, rather noisily because of her loud engine, suddenly the back cabin doors were flung open, but no hail came forth from the owner to ask if we would wait at the next lock. Of course, with no sign of that boat in the distance, we sailed into the full lock, paddles were lifted and down we went. Then sods law struck again because Ian was just opening the bottom gates when they turned up!

The next lock was Shipley and here we waited for them to catch us up. Had a slight problem though on trying to enter. Reeds had obviously been torn from their roots, possibly by a speeding boater and the only way for me to get Pentland in was to push them to one side. This itself caused it own problems because having parted the mound, both sides of Pentland now had reeds alongside. I couldn't bring Pentland against the lock edge, so Ian attempted a removal. This failed miserably and the only option was to move all the reeds toward the bottom gates. Narrowboat Arthur eventually came alongside and with us chatting as you do, discovered that this was actually a time-share boat. The couple owning its twelfth part share was Penny and Mick? who were also members of the River Avon Navigation Trust. Anyway getting both gates open took a bit of doing , the reeds being particular obstinate in getting out of the way, but eventually they succumbed to Ian's brute force of swinging the gates to and fro thereby pushing them out of the way. 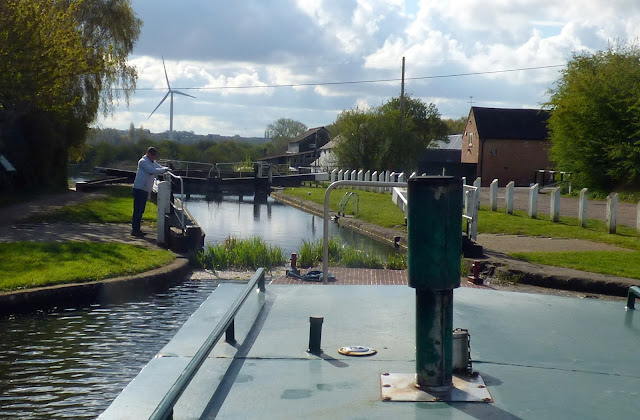 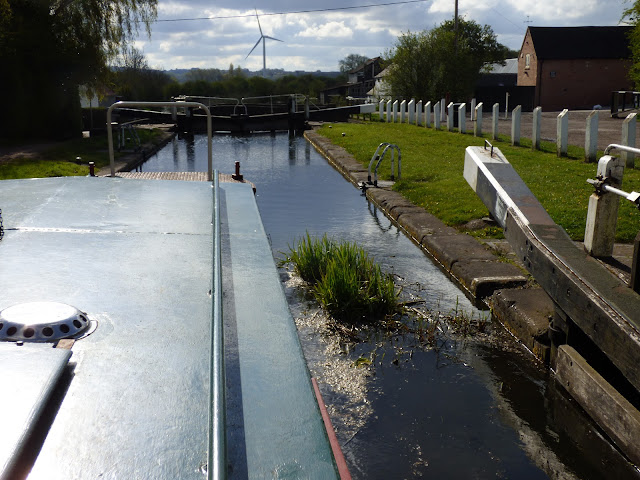 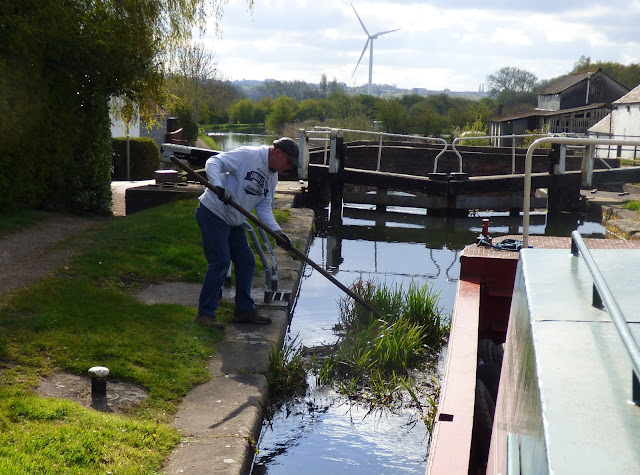 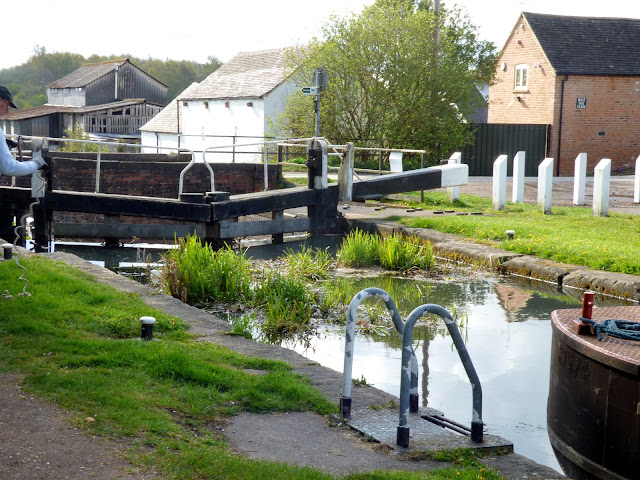 Barkers Lock and almost the same problem except this time something in the depths caused the bottom gate to stay shut when we tried to exit. Blooming good job Pentland had a VERY long boat hook (although good grief it was heavy. I struggled to pass it out to Ian). Mike? leapt on board Pentland with his boat hook and between them the obstruction was shifted. (Ian thought it felt like a large piece of wood) 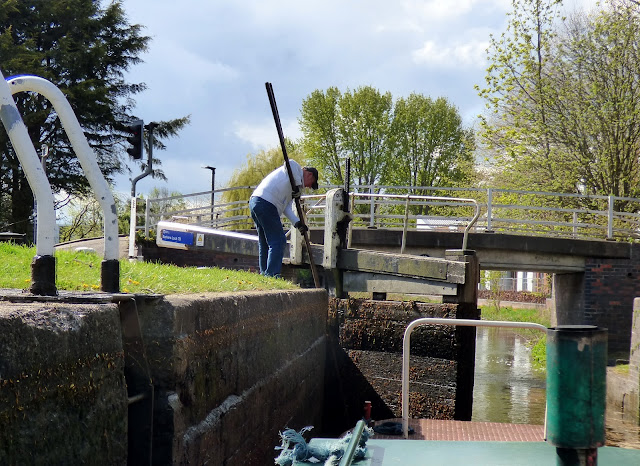 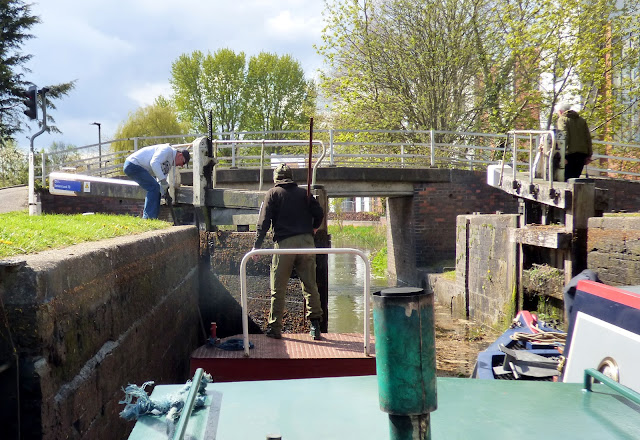 The rest of the journey was uneventful. With all bar one lock with us (Sandiacre was empty) we made it to Sue and Wallies mooring by 2 15pm. Pentland was now within spitting distance of the bridge needing repair and easy for the Friday work party to attend. Total cruising time 5 hours 30 minutes. 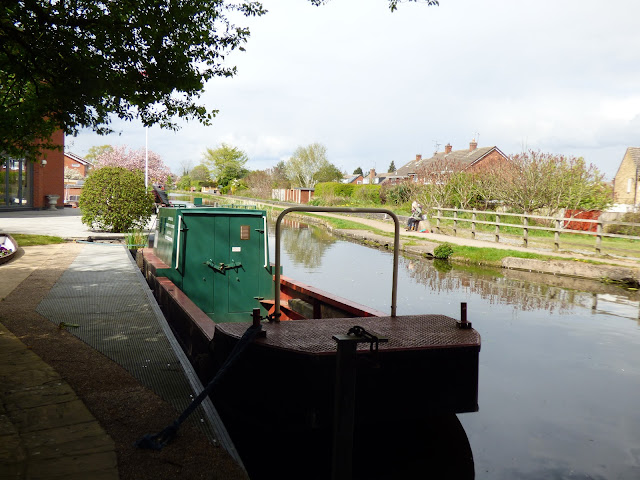 And a couple more photos of our jaunt.

And wildlife on route 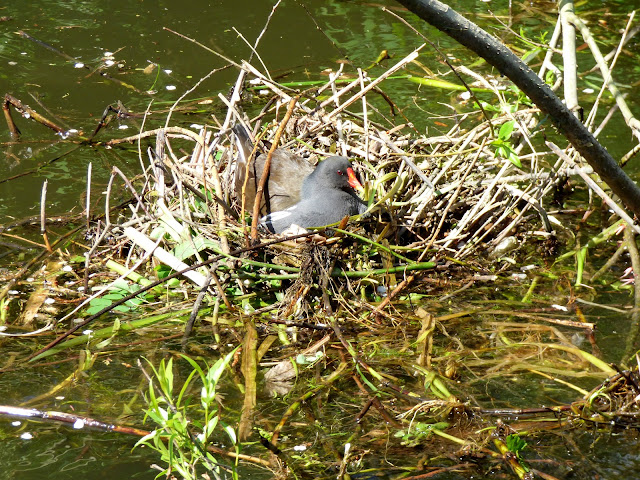 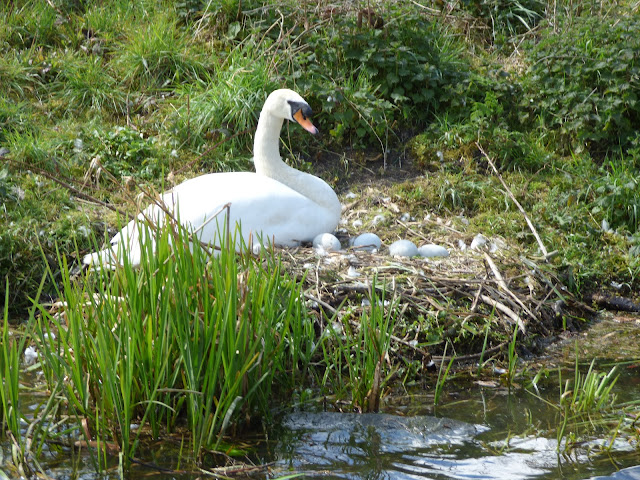 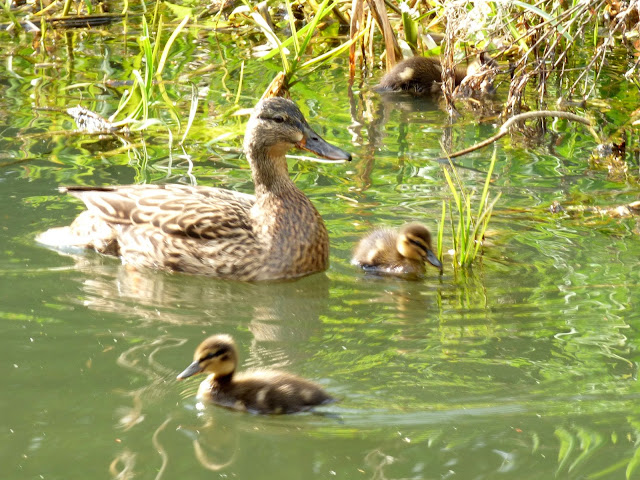 Oh, and finally today we have had our second AstraZeneca. No adverse effects from the first jabs so dont expect any from the second.

Posted by Ian and Irene Jameison at 6:03 pm