And then there were seven

Never have I been so glad to be wrong. "Oh, ye of little faith," thought I as I counted a seventh small bundle of grey amongst the others. That egg was viable after all and it just goes to show how wonderful mother nature is. 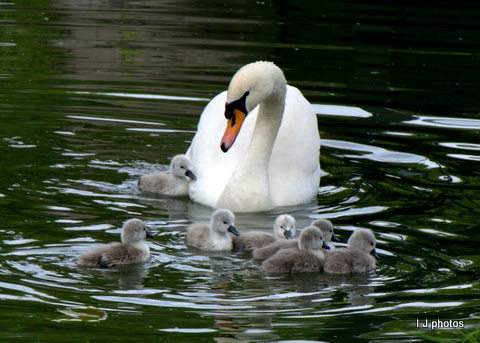 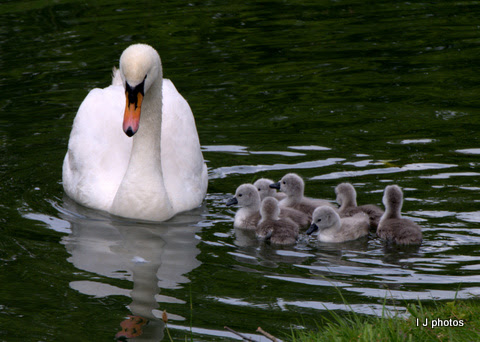 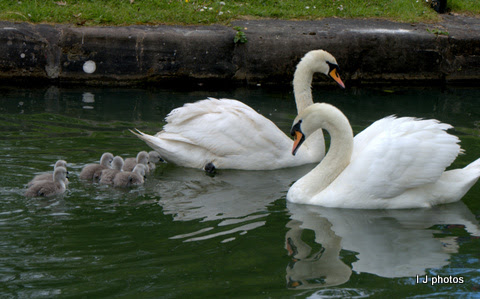 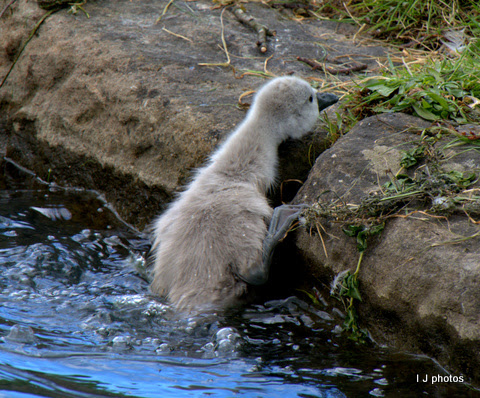 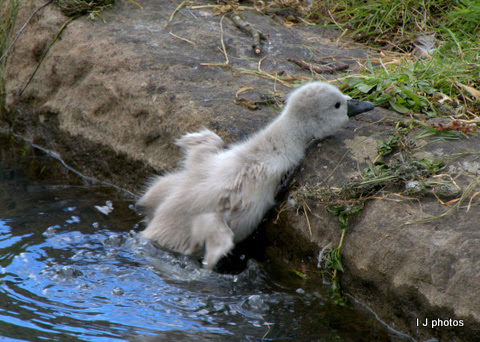 With the easing of some of the restrictions on travel, today we fetched our car from Sandiacre. Big decision to make first, do we travel by bus or do we walk? Neither of us wanted to be crowded on a bus even though we had the face mask and gloves so we opted to walk. After all, it was only 8 miles and on the flat, easy or what? Hmmm....5weeks of inactivity with only a short walk every day made us realise just how unfit we both were. We managed to walk to Gallows Inn non-stop, about 4.5 miles, that was our first goal for a well-earned rest. Bad move stopping though.  Sitting on the lock beam enjoying a drink of orange we then attempted to get up. From a jaunty step when we left Langley we suddenly became decrepit old people struggling to place one foot in front of another. For the next 3.5 miles, it was tough going. Not just the feet feeling as if they were on fire but my knees and Ian's hips all made the continuing walk agony. To reach Sandiacre was euphoric, stopping only briefly to see the fire damage to Springfield Mill and then to finally sit in the car was a relief beyond measure!  The car started first time, much to both our delights because the thought of having to walk back if we couldn't get it going did not bear thinking about! 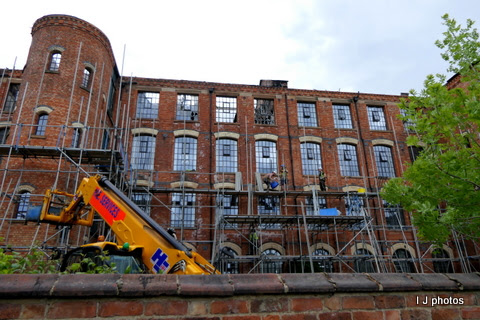 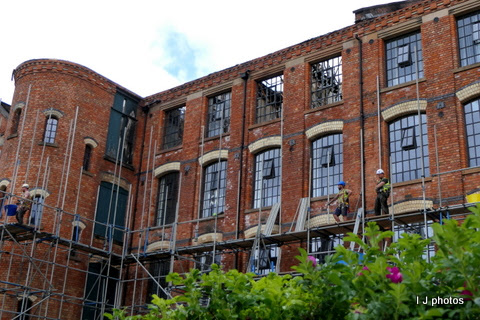 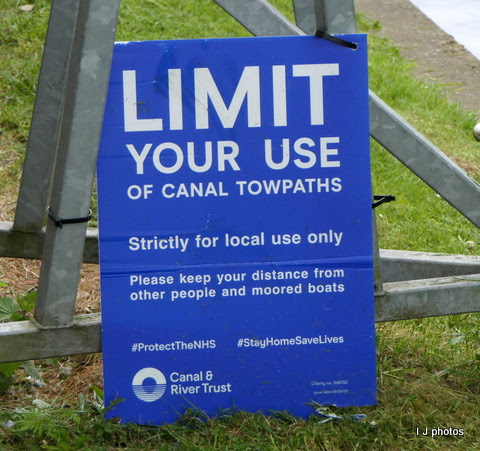 So now we can go to Shipley Park, still in our local area but too far to walk to.  So looking forward to walking different paths but maybe leave it a day or two? Recovery of feet and joints are very much needed at the moment.

I have to put a PS on this post because not 30 minutes ago a dramatic rescue of one of the Cygnets was carried out by Ian, Jenn and myself. Checking up on the family I happened to spy a small head poking out of a wedge in the coping. Struggling like mad it had got itself well and truly stuck. So armed with a broom and while Ian and Jenn from Dire Straits kept the Cob occupied I managed to coax the Pen and babies from the nest. Lots of hissing and flapping of wings but she eventually was persuaded to leave. Then a quick lunge toward the edge and I gently managed to extract the youngster from its prison. Placed it back on the nest and left swiftly. Mum and babies returned thank goodness as I was worried that she might abandon it. So all is well that ends well and tomorrow Ian will make a ramp to make it easier for the family to climb out.

Posted by Ian and Irene Jameison at 6:01 pm

I cannot imagine you and Ian as 'decrepit old people', Irene, but I know what you mean. Enjoy your freedom with the car. We went on our first excursion today and it was amazing! Who knew that such small changes could be so exciting! Jennie x

Wow, seven cygnets, that's more than I've ever seen.
How wonderful for yourto watch them hatching etc.
Lovely pics as usual thank you, take it easy and take care bothe of you.
Ann Makemson x

It was all rewarding to see them emerge after watching the Pen sitting for 6 weeks. Seven is a good number and I'm pleased to report that to date (18th May) she still has the seven! Hope you are keeping well Ann and hopefully, we will all be free from the restrictions soon. Xx