It was dark, Ian was preparing the evening meal (he always cooks a chilli on Saturday night), strange noises heard above the sound of the TV, both of us assumed that it must be blowing a holey outside as it sounded like water lapping against the hull but it didn't let up. Was something trapped between the bank and the boat, maybe a duck or swan flapping its wings making that sound? I go to investigate and then...OMG....water was disappearing fast!! FS had dropped by nearly 2ft. I yell at Ian, he comes rushing out, grabs the torch and windlass and high tails it to the lock. Already there were half the moorers from the Langley Mill moorings whos boats were now at an alarming angle. Two paddles were raised on the bottom gates and with the top gates wide open (blown open by the wind) all the water was draining away. Quick as a flash, the paddles were dropped and the gates closed. A discussion as to what had happened revealed that not 30 minutes earlier 3 lads were seen trying to lift the paddles with their bare hands!! Assuming this to be a futile effort nothing was done but those lads did manage to do the deed causing a massive surge of water to leave this basin. We were lucky being moored in the original stop lock as this was much deeper and devoid of silt so all we did was too gentle sink lower and lower. Thankfully Ian knows his way around the pump house and got the back pump working to start the slow refilling of the basin. Took 5 hours of continues running to refloat those boats and by 11pm the pump was finally switched off.


After a conversation with the owners of the boatyard, it was agreed to speak to C&RT and try to get antivandal keys fitted to the bottom gates. In the meantime, the lock will be left empty so those toerags, even if they raise a paddle again, won't cause any more mayhem.

And we are finally getting into the Christmas spirit by decorating the tree. 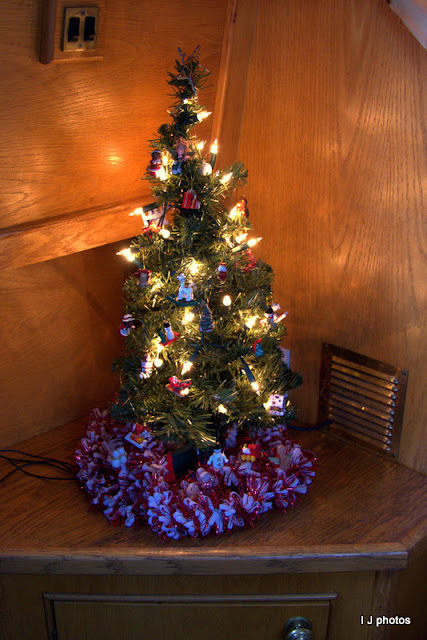 Posted by Ian and Irene Jameison at 4:06 pm